And we're back with Featured Android & iOS Games of June 2017. As we know that gaming is getting bigger and better every month. Many best new games are released daily so it's really hard to keep track up with them all. It's also difficult to find the best games from the app store.Let's have a look at these Best Android Games and Best iOS Games.

The Swan Princess Hidden Tales is our first pick in the list of Featured Android & iOS of June 2017. It's an interesting storyline. You need to help Odette, Derek, Alise, Uberta, and Bromley in this new and exciting adventure. You can win stars and find incredibly secretes. Here you can play your own story. Even if you don't beat a task, a brand new storyline can be opened only for you... Read more

It's the best puzzle game and among the best new games. It features puzzle mechanics, simple training, and different colored backgrounds. You do not move a separate figure, you move the entire board until the figure is tucked into the edge. Two identical figures will unite and create a new figure. Continue until there are no free moves... Read more

Phase Spur is a casual brain game with cute little creatures. It features two game modes such as Classic Normal Mode and a Taxing Challenge Mode. The game is made for both casual gamers and serious puzzle lovers. Here you can play with adorable creatures. It has 78 levels each in Normal Mode and Challenge Mode. The game features clean, intuitive design with relaxing soundtracks... Read more

One Tap Rally is a car racing game. It is a fun and simple yet hard to master. If you like slot cars games, only off the rails then this is the game for you. It features over 100 cars that you need to unlock. You can race on 45 different tracks. It's simple and fun multiplayer racing game. Give challenge to other racers from all over the world and become the One Tap Rally champion... Read more

One Tap Rally is a car racing game. It is a fun and simple yet hard to master. If you like slot cars games, only off the rails then this is the game for you. It features over 100 cars that you need to unlock. You can race on 45 different tracks. It's simple and fun multiplayer racing game. Give challenge to other racers from all over the world and become the One Tap Rally champion... Read more

Machinery - Physics Puzzle is one of the Featured Android & iOS of June 2017. It's a physics game where there is no single solution for passing the level. In this physical puzzle game, there are only two basic shapes, a rectangle, and a circle. The starting levels will teach you how to play this game. If you like a classical puzzle game, Machinery - Physics Puzzle is the best game for you. It's among the best new games... Read more

It's an ultimate war game in our best new games of June 2017 list. The game features the skilled fighters. It features 3 Chinese historical kingdoms. The best is that the game features big battles so you can battle with 50V50 players. This series offers luxurious Fairfax. You might not hear this game's name so we mentioned it in the Featured Android & iOS Games of June 2017... Read more

Road Draw: Climb Your Own Hills

Road Draw is number one racing game in many countries. It is one of the most addictive and entertaining physics based driving game ever made. The game features innovative driving gameplay that is funny, entertaining, and addictive. Your mission is to climb the hill, draw the roads and keep your car safe through the obstacles. Just collect coins, fuels, and surprise coin packages while climbing hills... Read more

Lucid Hangout is best brain training app. It's the best game to improve your working memory and Fluid Intelligence. The more you train the more you gain. You'll get the expected result within the 4 weeks of training. Brain training doesn't have to be a dull thing, fortunately, this app is really exciting to do and is truly scientifically tested that it works. The game features multiple levels... Read more

Tiger Simulator Fantasy Jungle is simulator game where you can play as a realistic wild tiger and survive in the wilderness of forest. It's the best 3D tiger fighter game among Tiger games for kids. You need to maintain your health, hunger, thirst, and energy in tiger fighting games. This game features epic tiger battle. Tiger Simulator Fantasy Jungle is the best Android games ever... Read more 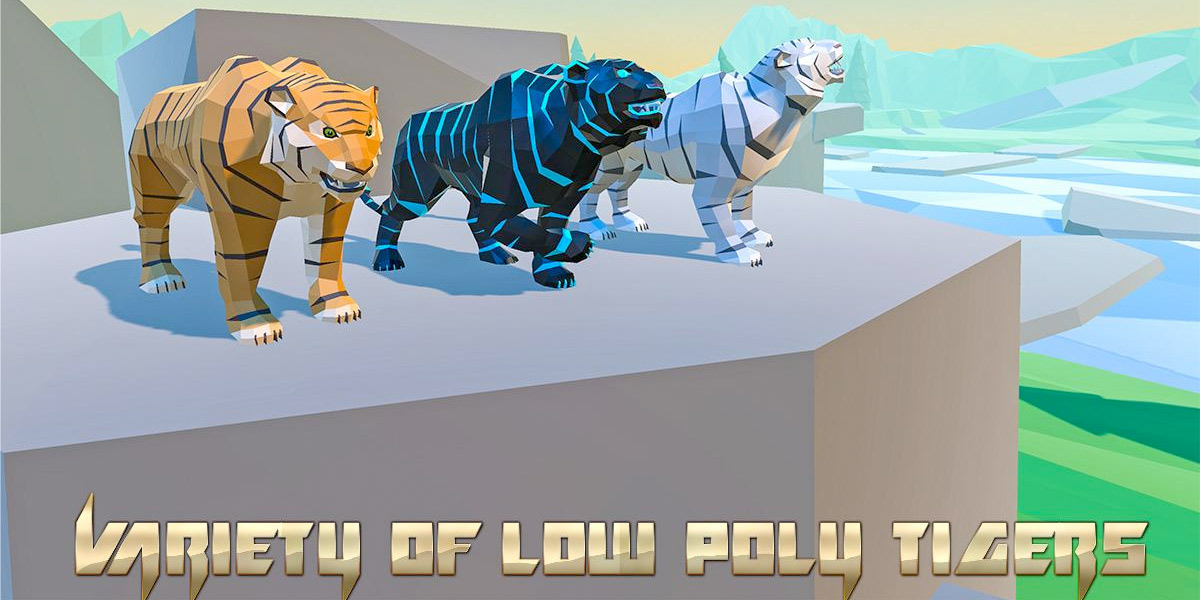 Tommy the Turtle - Learn to Code

Want to learn basic code with some fun? Tommy the Turtle is the best to learn basic code. It's another fun, interactive, and educational game that helps young children to learn the basic coding. And it really helps your children to develop their problem-solving skills and prepare them for future. It features audio, video and touch inputs to enhance multi-sensory learning. Tommy the Turtle comes with an easy-to-use interface... Read more

A totalitarian State controls every aspect of private and public life. Laws are oppressive. Surveillance is total. Privacy is dead. You are the State installed manager of an apartment building. Your daily routine involves making the building a sweet spot for tenants, who will come and go. The State has appointed you to SPY ON YOUR TENANTS!. You must BUG their apartments while they're away. Well, we're not describing it more. Download the game and get experience at once... Read more

King of Raids is one of the best RPG games. It comes with stunning graphics and wonderful environments. The game features cool sound effects and realistic surrounding sounds. It shows different levels of difficulties and different challenges. This game is one of the best offline RPG games of 2017. Kings of Raids features leaderboards so you can see your rank or other players' rank. So, Kings of Raids game definitely deserves to be on the Featured Android & iOS Games of June 2017... Read more

If we missed any best Android games or best iOS games, tell us in the comment section below.