Tech startups, are you facing the chicken-and-egg problem? With so much happening around, selecting technology, in particular, is the only way through which one can determine implementation success or the other way round.

Every time you turn around, there's another vivid trend around the corner and the mobile app development realm is certainly no exception. We developers and business associates have always been bombarded by programming languages some of these have overcome the old ones while others have been ruling the market over many years showing no signs of slowing down.

With the sole purpose of not inclining to fade away, businesses must turn on their thinking hats and choose a relevant one. Further below in the post, I would like to mention some of the best programming languages empowering developers with their robust development structures.

JavaScript is the backbone of mobile app languages. Introduced in 1995, JavaScript is being used by almost all types of developers including web and mobile across the world. Popularity and usage are the main benefits offered by JavaScript. Moreover, it has stopped Stack Overflow's annual survey of Programming languages for six years in a row.

Ranked as one of the most popular and best programming languages, JavaScript is used to create interactive effects inside web browsers. The object-oriented computer programming language also has a super set named Typescript. It is also used at the front end of several popular websites like Google, Wikipedia, YouTube, Facebook, and Amazon. In addition to this, it is used in web frameworks like Angular JS, Node.JS, and React.JS.

Another interesting programming language Python which at the same time is easy to learn, due to its readability. The free, open-source programming language features a wide range of extensive support modules and community development, easy integration with web services, user-friendly data structures, and GUI-based desktop applications. Mainly used to develop 2D imaging and 3D animation packages like Blender, Inkscape, and Autodesk, Python is now also in works with Machine Learning and deep learning applications. Right from creating video games like Civilization IV, Vegas Trike, and Toontown to creating scientific and computational applications like FreeCAD and Abacus, and popular websites like YouTube, Quora, Pinterest, and Instagram.

I'm not going to enter the battle for technological supremacy as a PHP evangelist. I'm just saying that today, with PHP, you can do everything you thought was only possible in dreams way back. And all the credit goes to WordPress. Even after the programming language being used in websites like Wikipedia and Facebook, there are no hard standards as the programming language is best in regards to flexibility and adaptability.

The best part of hereof learning PHP as a programming language for mobile app development is that you will be able to make nothing less than dynamic, stunning applications.

If you are looking for a template language that defines the presentation of web pages or app layouts. Alongside HTML and JavaScript, CSS gives a good grounding by making your project outwardly captivating, UIs for web/mobile applications, and UIs for some portable applications.

Cascading Style Sheets can be defined as the partition of introduction and substance, which includes everything from viewpoints to design hues, text styles and so more. This surely leads to enhanced content openness, give greater adaptability and control in the particular of introduction attributes, empower numerous HTML pages to share designing by determining the significant CSS in a different.css record, and lessen multifaceted nature and redundancy in the basic substance.

Last but certainly not the least, when it comes to choosing an ideal Android and iOS app development coding language, app developers look no further than HTML. With effective cross-support, HTML ensures to run smoothly on the desktop and mobile browsers. It is responsive and helps developers build apps that can be accessed on all devices. Moreover, it is cost-effective. 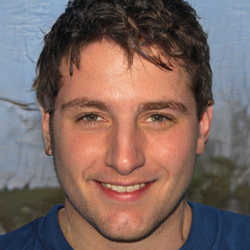 Harley Marsh is a Technology Trend Observer at eTatvasoft – a Mobile App Development Company and you can visit here to know more about his company. He likes to write about Technology Trends, Leadership, Social Media, SEO, Entrepreneurship, Business Trends and many more things about IT services. He is an avid reader of blogs related to technology and business development.