React Native vs Ionic: Which is a Better Framework?

Just as it sometimes makes the developer face the difficult choice between iOS and Android platform for their app, it is equally difficult to choose between React Native and Ionic. This is particularly because both the frameworks are great and leave the little scope of any complaint about building apps keeping both web and native features.

But let us remind you of a very important aspect in this respect. Ionic is more ideal for cross-platform hybrid app development while React Native is mainly focused on building apps for native mobile platforms. While Drifty developed Ionic in 2013, React Native is developed and nurtured by Facebook and was used first in building the iOS app for the social media giant. A React Native development company mainly undertakes ambitious cross-platform projects with a consistent focus on native UI and UX.

Here through the length of this post, we are going to explain the key and defining elements of both the frameworks and their respective pros and cons.

Ionic is mainly developed as a framework to build hybrid and cross-platform mobile applications. It is an open source framework which basically uses HTML5 programming language. Just because of its reliance on the HTML5 framework it can also work in collaboration with the mobile-specific frameworks like PhoneGap.

Let us have a look at the key attributes of the Ionic framework.

Compatible with TypeScript 2.1 and 2.2: Typescript is more developer friendly coding language that in spite of carrying all the typical JavaScript code characteristics offers better support for incorporating mixed classes.

IonicPage Decorator: The entire worry about deep link configuration in the root of an app is now gone thanks to Page Decorator. Ionic Page Decorator allows the developers to set up deep links deep inside the app and this helps lazy loading of the app pages.

Lazy Loading: Lazy loading is widely used to keep users engaged by loading the initial view quickly and loading the rest of the app progressively as the user moves on from one page to another. This helps reducing the user dropout and boost engagement. The ionic framework supports lazy loading which speeds up the loading time of the app.

Let us now see the pros and cons of using this framework.

Let us see some of the definitive attributes of React Native.

Reusable code: React Native offers a component-based development environment allowing you to reuse the code for deploying the same app on both iOS and Android. This tremendously helps in reducing the cost and development time.

Real-time update with Virtual-Dom: Any changes in the code is reflected and updated in real time thanks to the virtual DOM of the React Native.

Performance: While most other frameworks mainly use the CPU power, React Native architecture uses mostly the GPU to the fullest potential, and this makes it performance driven for mobile apps.

The similar web-ready architecture of React: React Native shares many similarities with the original React architecture. This allows the developer teams to upgrade the web features easily. This helps to sync the mobile and web user experience easily in less time.

Let us now have a look at the pros and cons of the React Native framework.

So, in the final analysis, React Native has the edge over the Ionic framework. For fully-fledged mobile app development with emphasis on native functions, you do not have a better framework than React Native. But Ionic may still be lucrative for small-budget development of hybrid apps with fewer demands for native look and feel. 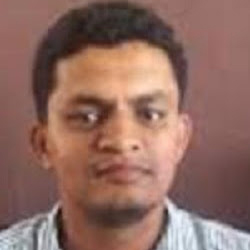 Juned Ghanchi is the CEO of IndianAppDevelopers, an India based company offering to hire app developers India for Android and IOS app solutions. He has over 10 years of experience in managing IT projects especially mobility solutions projects.