Four Ways to Prepare Yourself for Developing an App

You have an excellent idea for an app, and you are positive that many people who would find your app useful. You are ready to dive in headfirst and start developing your app.

However, before you enthusiastically start writing code, there are four steps that you need to take to increase your chances of creating a great app with fewer setbacks along the way.

You may think that your idea is unique in all aspects, and it may be. However, according to Statista, as of the fourth quarter of 2019, there were almost 2.6 million apps available in the Apple, Windows, and Google Play stores.

Therefore, it is possible that some of the existing apps share at least a few similarities with the one you are planning.

Whether your app is purely for entertainment or designed to solve a problem, you need to look at apps that could compete with it.

You can start by conducting a Google search to find direct competitors or identify apps that share relevant features.

By studying the competition, you will be in a better position to create a clear, unique approach to designing your app.

Start putting your ideas on paper. All you need at this stage is a notepad and a pencil.

Before you start developing your app, make sure that your computer is up to the task.

If you have a Windows PC, you might want to consider tuning it up by detecting what might be slowing it down so that you can correct the problems. This can save you time and frustration during your development.

You will also need to ensure that you have sufficient space on your hard drive for multiple copies of your project.

You should also have a plan for backing up your computer to either an external device or the cloud. The last thing you want is all your hard work to get wiped out through equipment malfunction.

Decide on the Platform

One critical decision is deciding whether you want a web, native, or hybrid app. There are advantages and disadvantages to each.

The next step is to decide whether you want your app to appear in the Apple app store, the Google app store, or both. Apple and Google have different guidelines, but they also tend to have differences in their users.

Android is more popular in South America, China, Russia, Central America, Africa, India, and Eastern Europe. In Canada, the United States, Japan, Western Europe, and Australia, iOS is more popular. Therefore, you should consider where most of your users will be based.

Google prefers animations that enliven and enhance the design and the user's experience. Apple views animation as a utility that should be unobtrusive and simple.

It is often faster to get an app approved by Google, but Apple is better at explaining the reasons for rejection.

Before making a final decision, review the guidelines for each platform. For Apple, use the Human Interface Guidelines, and for Google, use the Material Design Guidelines.

In the end, however, your decision should be based on the specific functionality of your app and the demands of your users.

Whether you are landscaping a garden, painting a house, or developing an app, everything goes smoother with a little preparation. Preparation can help eliminate delays and mitigate your stress during the development stage.

Furthermore, the planning and preparation you do now could impact the ease with which you can handle your future versions. 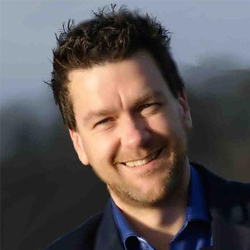 Joe Peters is a Baltimore-based freelance writer and an ultimate techie. When he is not working his magic as a marketing consultant, this incurable tech junkie devours the news on the latest gadgets and binge-watches his favorite TV shows.