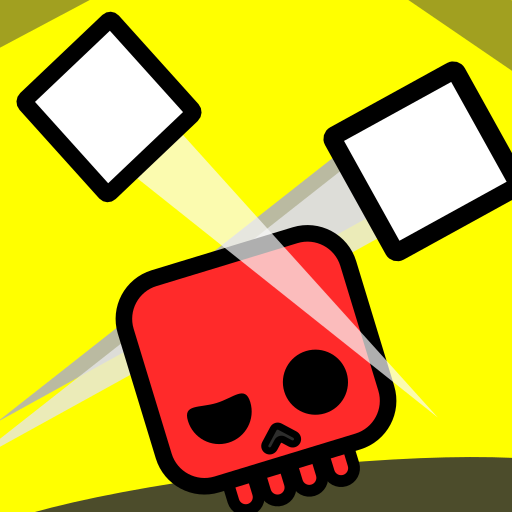 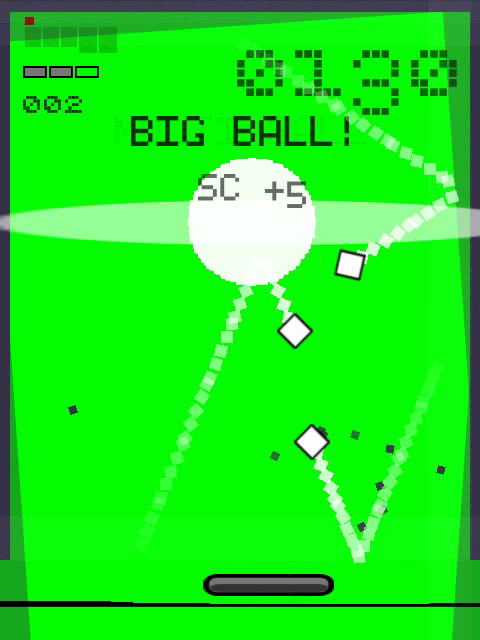 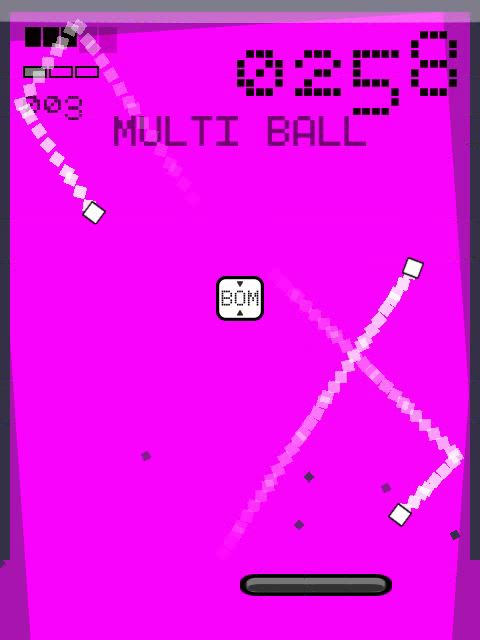 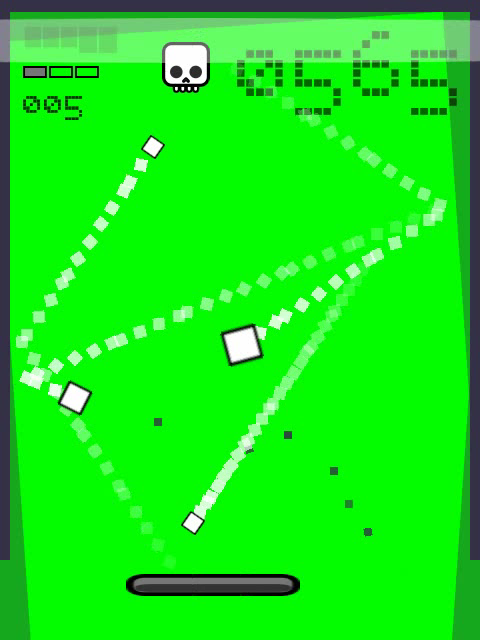 Bored of all the Brick Breaker, Arkanoid and Breakout clones - BORING!
You need "Frustrate-a-ball" !

Its like PONG on drugs. Its like a Brick Breaker game but theres no bricks and its actually fun to play. If Arkanoid was re-made today the developers would look to Frustrate-a-ball for inspiration. It really is that good!
Its got frantic one-touch gameplay, cool effects, upgrades, power-ups and you will die a lot. When we say a lot we mean A LOT! You'll be hearing the catchphrase "YOU IS DEAD" in your sleep.

So how do you play this amazing Paddle and Ball game? It really is very simple:

- Tap anywhere on screen and the paddle changes direction.
- Hit the top of the screen 5 times and you receive an upgrade.
- Hit 3 skulls and a Power-Up will drop. Get the GUNS! GUNS are cool! oh, so is the BOM. Get the BOM - BOOM!