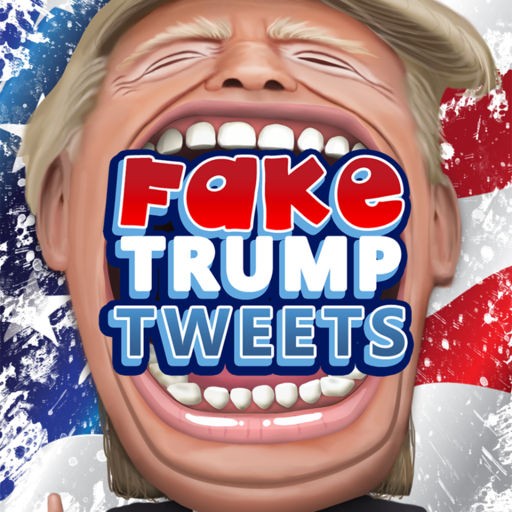 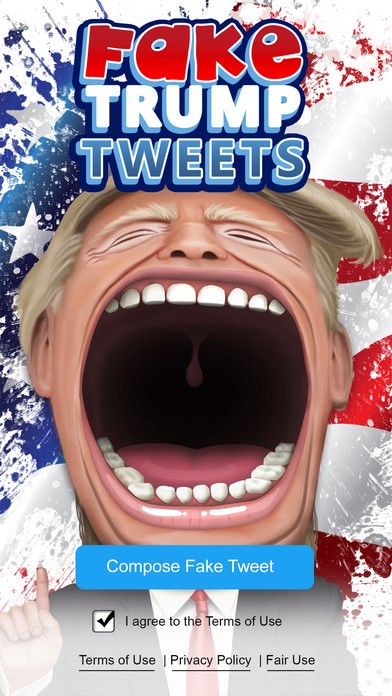 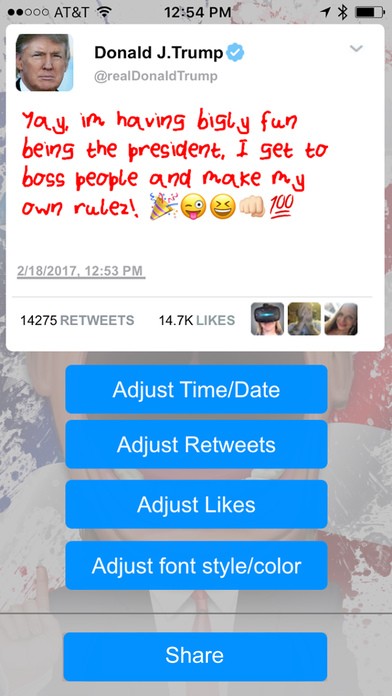 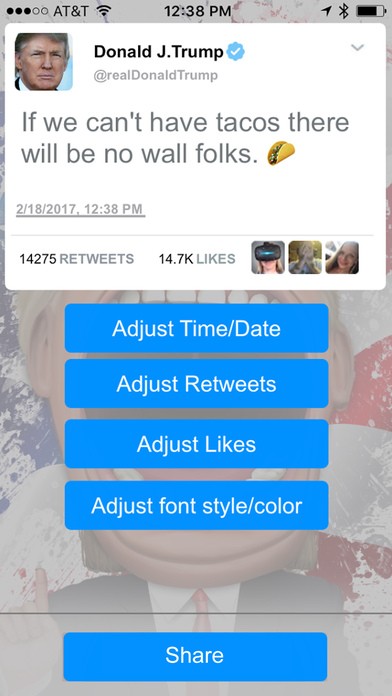 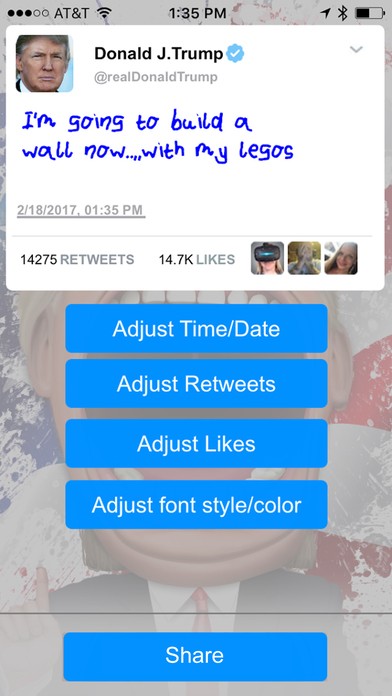 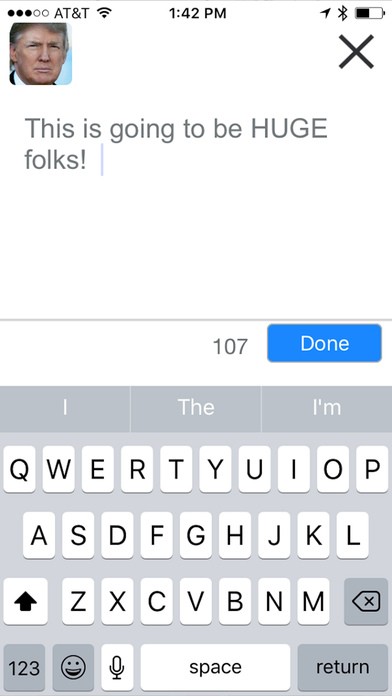 This is going to be Huuuuuge people, real Bigly!
We are going to make AMERICA GREAT AGAIN, One Fake Tweet at a time

Download the one and only application that allows you to create Fake Donald Trump tweets!
Troll Trump, by exercising your constitutional rights of Freedom of Speech and fair use. Generate and showcase your most Winning DJT look-alike twitter posts.

Prank your friends, family, and have them scratching their heads and guessing - Did he really just say that ? Haha, you never know!

Features:
+ Compose unlimited fake tweets
+ Two styles to choose from - Traditional and Crayon!
+ Adjust the date & time of the tweet
+ Adjust the amount of retweets and number of likes each post should receive.
+ Share your creations with the world, post to social media including twitter & facebook, or save the generated image to your photo library and share privately with your friends.

Whether you are a conservative republican, or a liberal democrat it doesn't even matter! Everyone can appreciate humor as it tears down walls and borders.

Join in on the fun! The revolution begins here. Create FAKE Trump Tweets that will have you and your friends LOL’ing on the floor.