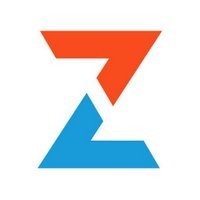 Play Ball with the exciting launch of Fanzcall Interactive Sports, a new app that promises to transform the way Major League Baseball games are watched and enjoyed. With Fanzcall, every at-bat becomes an opportunity for fans to play the app’s real-time game within the game, win points, and beat the competition. Fanzcall is the solution to fan engagement that MLB has been searching for. Rather than exploring ways to speed up the game and combat a slow pace of play, Fanzcall engages audiences between each at-bat, enhancing the action and fan experience. Will the next batter crush a home run or strike out? Will he hit a single, double or triple? Now you can turn your bold prediction into “Fanzpoints” with every major league at-bat for your favorite teams. The Fanzcall app (now available on iOS and Android) turns fantasy baseball into reality and can give you ultimate bragging rights over your friends. “Whether you are watching a game live, in a crowded bar, or in your living room, Fanzcall puts you right in the batter’s box and into your very own game,” said Dave Caruso, Co-Founder of Fanzcall, a Boston based company. “With Fanzcall, you predict the outcome and compete with everyone from friends sitting next to you to users from around the world.” It doesn’t matter if you are a casual fan or a die-hard who never misses a game, Fanzcall gives you something new to root for. Fanzcall was created to bridge the expanding generation gap when it comes to enjoying a baseball game. Today, kids would rather play with their smartphones than watch a live game in front of them. By playing Fanzcall, baseball games become more exciting and engaging for kids, casual fans and even baseball purists. Fanzcall has a fan friendly interface with built-in stats that are easy to understand for players of all ages. Fanzcall is free to download and play, with no in-app purchases, ever. “The app is completely free to use; ‘losing’ a Fanzcall game won’t cost you a penny either,” Caruso said. “There are no entry or surprise fees.” The number of Fanzpoints users receive depends on the likelihood of the outcome they select. For instance, correctly choosing a home run will net significantly more points than if a player strikes out (a far more likely result). Even those who guess incorrectly will still accumulate points just for playing. "Fanzcall’s innovation extends to its media and sponsorship opportunities," said Jon Hickey, Chief Marketing Officer. “Without altering the functionality of the app, Fanzcall can be easily modified to best reach any advertiser’s audience,” he said. “It’s a whole new way to reach consumers when existing baseball media and advertising avenues are unavailable. It really provides a significant incremental media platform for partners and advertisers.” Download Fanzcall Today!!!