The emergence of smartphones completely changed the way we use the internet, including what we use it for and how frequently we're on it. These days there's an app for pretty much anything you can imagine. Despite this enormous variety, however, one thing remains true: social media reigns supreme.

Though these platforms have caused some controversy in the past for innumerable reasons, they still remain extraordinarily popular. Other apps may allow you to watch movies, read books, or play flash games to your heart's content, but there's something addictive about the connection social media allows.

Some of these platforms have been around for over a decade, while others are relatively new to the scene. In this list, we've compiled the top three social media platforms in 2020, both old and new(ish), to see how they stand up to modern standards.

Twitter first emerged fourteen years ago and has maintained steady popularity ever since. Its initial charm was its ability to connect the public with celebrities in a way that felt distinctly more personal than ever before. From those humble beginnings, it has snowballed in popularity beyond all estimations.

As of 2020, the app hosts over 330 million users, with 145 million active posting every day. Its popularity clearly isn't fading away anytime soon. The original charm of connecting users with celebrities remains, though the app now hosts something for everybody, whether that's political updates or fandom drama.

Originally users had a character limit of 140 characters for their tweets, but this doubled in 2017. The new 280 character limit allowed for heightened creativity and a more effective way to share information. This information can range from breaking news to the most casual of life updates. The variety on Twitter is boundless.

Slightly younger than Twitter, the photo-sharing app Instagram still officially hits a decade since launch this year. From the very beginning, Instagram was an incredibly popular app. It garnered one million users in its first month alone. Since then, the app has reached 112.5 million users in 2020.

When Instagram first began, it had the reputation of being an app for hipsters and people who exclusively wanted to take photos of their lunch. Since then, the demographic has diversified somewhat. Now there's all manner of photos on the app to suit the tastes of absolutely everybody. Part of the appeal of Instagram is the ability to curate your feed to see exactly what you want to.

By far the youngest social media platform on this list, TikTok technically only arrived in 2018. The app was initially released in 2016, exclusive to the Chinese market. Following its merger with Musical.ly in 2018, the platform became available globally, and the rest is history.

As it is such a new platform relatively speaking, it's highly likely it isn't something you've checked out yet. Still, there's no doubt you will have at least heard of it in the headlines at the very least. While there is controversy surrounding TikTok's future in the United States, the app remains incredibly popular.

Users upload short video clips to their accounts, more often than not, lip-syncing to separate audio. There's all manner of clips available on TikTok, from the educational to the downright ludicrous. TikTok was originally considered the successor to Vine, but since then has managed to carve out its own unique identity. Now, TikTok has over 800 million active users, making it an absolute behemoth of the social media world.

If you've somehow managed to stay off social media so far, consider this your official introduction! 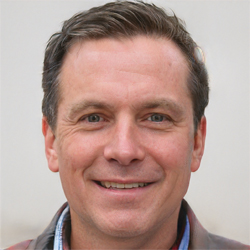 Russell is a finance journalist and ex-banker. He lives in Utah with his family and is a keen aviation enthusiast in his spare time.