The year 2017 was yet another remarkable year for apps and app development. And although at times it seemed like new apps were released daily, they were all created by developers who were really pushing the envelope in improving smartphone functionality and mobile gaming experiences. It’s been hard to round them up, but if you’re looking for something new for your iOS or Android smartphone or tablet, check out our choices for the best apps of 2017.

One of the most entertaining iOS updated releases in 2017 was Nintendo’s first proper smartphone app — Super Mario Run. This modern take on the classic platform game has helped to breathe fresh life into Nintendo’s mobile offering, a genre that the gaming giant had previously struggled with. Fans of the Italian plumber’s level-hopping adventures be warned, this is no ordinary platform game! Instead of directly controlling Mario, players use the iPhone’s touchscreen to affect his running motion, interrupting his default running mode and adding some interesting dynamics to gameplay. The simplicity of this app is almost a work of genius complete with deep rewards and nifty tactics that are hidden behind its one-handed functionality.

A slightly brainier app for the iOS platform is Great Courses 2.0. This revised edition of the education content app is filled with interesting and informative lecturers from top experts and professors across many fields. Legendary Astrophysicist Neil deGrasse Tyson has plenty to teach you about the universe, and you can even get lessons in photography from a National Geographic photographer!

Probably one of the most popular cross-operating system apps to be released in 2017 was Movies Anywhere. This app is essential for fans of cinema; it lets registered users watch all their saved movies from Google Play, iTunes, Amazon and Vudu from a single interface. Sure, this version has a couple of teething problems, but it’s nothing the developers can’t fix, and we expect to see this type of thing from newly released media apps. Issues aside, Movies Anywhere is a pretty big deal, it also features Chromecast support, a smart UI and many other features.

This year, the Android market has been inundated with apps seeking to improve the functionality of smart devices and increase user productivity. LastPass, available for free and premium subscriptions, is one of those essential apps if you use your Android for more than just making calls and playing games. This is a password manager that enables users to save all their login credentials for various accounts and profiles. It’s all controlled by a single, master password and is cross-platform, which means it can be used on computers and desktop devices, too.

This year, a popular iGaming app was also available for free to Android users. PokerStars’ real money casino app offers registered players a wealth of online casino and poker games, including jackpot slots and Texas Hold ‘Em poker games. It’s been a staple for amateur and professional casino enthusiasts with iPhones for some time. Previously, the Android version was only available for download directly from the company’s website. However, players in the U.K. and France can now get their hands on this top iGaming app directly from the Google Play Store.

At our last count, there were over two million apps to choose from for both the iOS and Android, which can sometimes make it hard to choose the right software that is usable and functional (and worth the cost of premium upgrades). Hopefully, this guide will help you yet the most out of your smartphone or tablet. But if you think we’ve left your favorite app off the list, let us know. 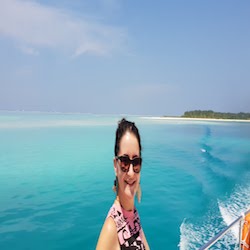 Veselina Dzhingarova, co-founder ESBO, currently works as a branding and marketing consultant, bringing together the knowledge and intuition that she has developed over many years spent working in relevant fields.