5 reasons why you need a VPN for gaming

What do you need to create the perfect gaming setup? Everyone knows you need a great graphics card and a powerful processor, a comfortable gaming chair, and the right controllers to master your favorite titles. But fewer people realize the importance of VPNs in enhancing your gaming experience.

This article aims to set that right. With a high-quality VPN installed on your gaming PC, you can enjoy several major advantages. It won't just keep your system safe from snoopers and cyber-criminals, but can also have some performance benefits. So let's dive in deeper and discover more.

1. Keep your lag to a minimum with the right VPN provider

Virtual Private Networks create a secure encrypted tunnel between your computer and other network security services participants. So they should add another layer onto the processing needed when playing games, right?

Well, actually VPNs can make your gaming experience faster. This isn't necessarily intuitive at first glance, but it makes sense when you break things down.

If you've been suffering from annoying lag during multiplayer sessions, it could be due to ISP throttling. When traffic levels rise, many ISPs restrict the amount of data available for each connection, causing speeds to drop considerably.

With a Top rated VPN, you can route your traffic through the fastest available server hosting for Rust, anywhere in the world. And your ISP won't have a clue who you are, or where your data is going, so throttling is out of the question.

VPNs can also allow you to enjoy a reliable server performance wherever you play. Playing multiplayer games while traveling can often be depressing. There's no guarantee that servers in Thailand, South Africa, or Brazil will offer the same performance as those back home.

But VPNs can solve this issue as well. The best providers manage huge globe-spanning server portfolios, and they also guide users to the fastest available connections. So wherever you roam, you can connect to fast gaming servers, and not have to rely on local telecommunications systems.

2. Find a work around for gaming geoblocks

Gaming is a bit like Netflix or other streaming services these days. Many platform operators choose to limit access for users from certain countries, dramatically reducing the choice of games available for them to play.

And some retailers increase their prices for games in different countries. For instance, Australian gamers can pay as much as 50% more compared to customers in the USA or Europe.

Using a VPN is a good way to neutralize these tactics. Virtual Private Networks anonymize your online identity, making it look like you are logging on from a completely different location. This means that retailers and multiplayer hubs find it very difficult to exclude users based on their country of origin. And it can mean more choice and lower prices.

Moreover, VPNs can help you to access to the latest games before other players. Release dates for major titles can also vary from country to country, based on local business strategies. Steam is a great example of how this works. The popular gaming store routinely delays European releases, giving American gamers a headstart (and it can sometimes work the other way round).

But there's an easy way out of this situation. VPNs can make it seem as if you are accessing sites like Steam from servers in San Francisco or Berlin, even though you are thousands of miles away. So there's no need to wait for the games you love. You can play them as soon as the download links appear.

Denial of Service Attacks are a common problem with multiplayer gaming. For example, the Mirai botnet attack from 2016 which targeted Twitter, Spotify and Reddit (among many other sites) was based upon thousands of Minecraft users. Attackers took control of these users' bandwidth, using their systems to launch devastating DDoS attacks.

DDoS attacks can also target games themselves, rendering multiplayer servers unusable. League of Legends is one popular game that's very vulnerable to this kind of attack. That game actually became notorious for individuals being targeted by malicious users, causing them to lose their connection entirely.

With a VPN, you can forget about being targeted. To mount a DDoS attack, hackers need access to information that VPNs conceal. By scrambling your identity, VPNs turn gamers' systems from sitting ducks into impregnable fortresses.

By the way, this is especially important if you're into competitive gaming or eSports. Major tournaments are always protected by VPNs and similar technologies, ensuring that participants can let their skills do the talking.

In 2018, Fortnite gained an unwanted reputation for banning users in huge numbers, often without any good reason. Sometimes, players have been banned for obvious cheating. But most of the time, the game's developers have excluded people based on reports from other players, or because technical issues caused players to unwittingly breach the game's terms and conditions.

That's really unfair on Fortnite fans, but VPNs offer the perfect solution. If you are targeted by the IP ban, installing a VPN can anonymize your IP address, making it impossible for Fortnite's servers to know whether they have banned you.

5. Beef up your gaming security

Above all, gamers can ensure that their computers or consoles are secured against malware, viruses and cyber-criminals by installing a high-quality Virtual Private Network.

We don't always place security at the top of our priorities when playing games, but that could be a mistake. Just to take one prominent example, security experts have flagged Fortnite's Android downloads as a major risk, because they bypass Google's quality filters.

Marketplaces for in-game currencies, sites offering tips, and repositories for patches and mods can also be risky places to be. But with a VPN, the risks are much lower.

So, are you sure that you can do without a reliable VPN in your gaming arsenal? As we've seen, there are plenty of good reasons to add one to your system.

Find you gaming VPN on VPNpro.com 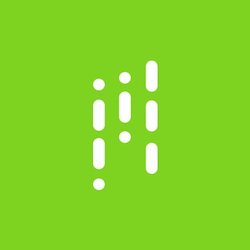