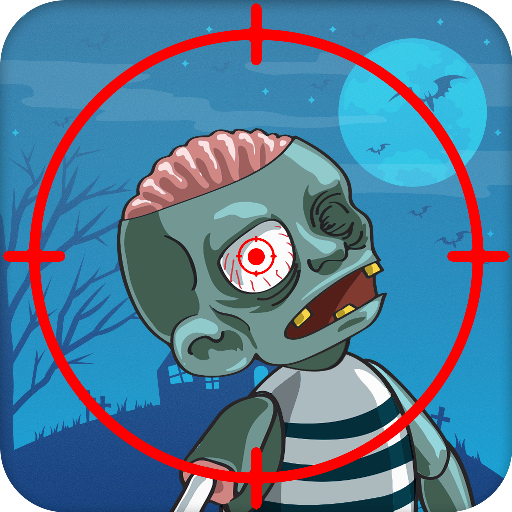 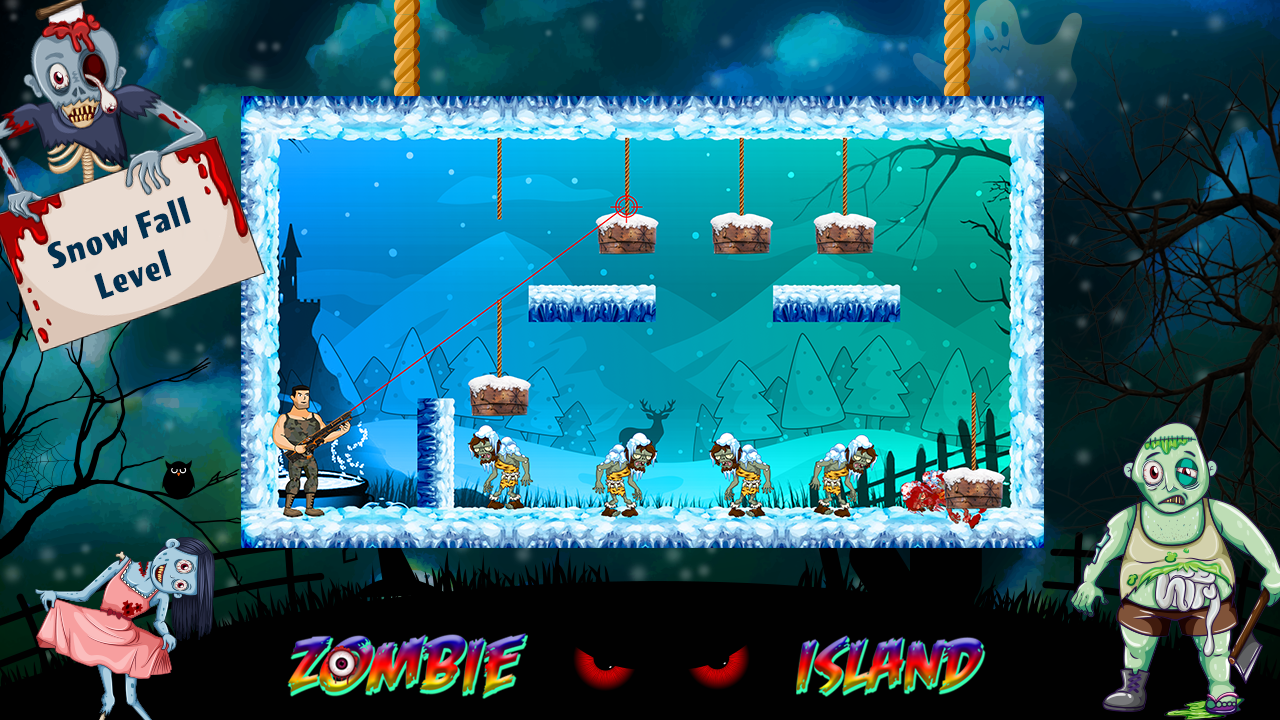 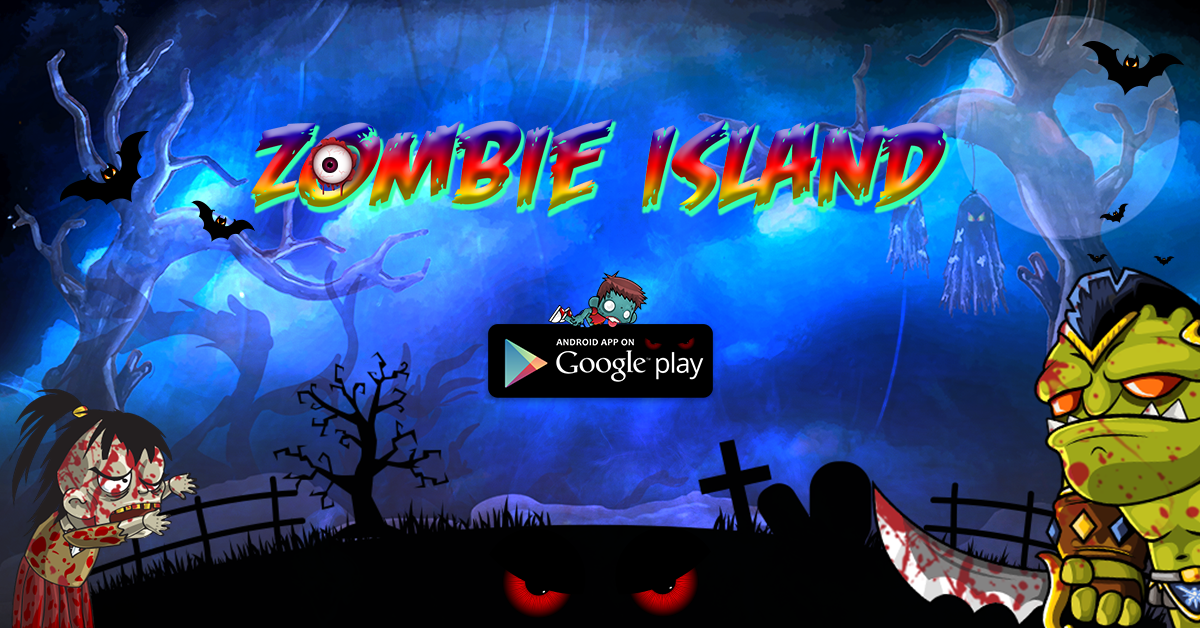 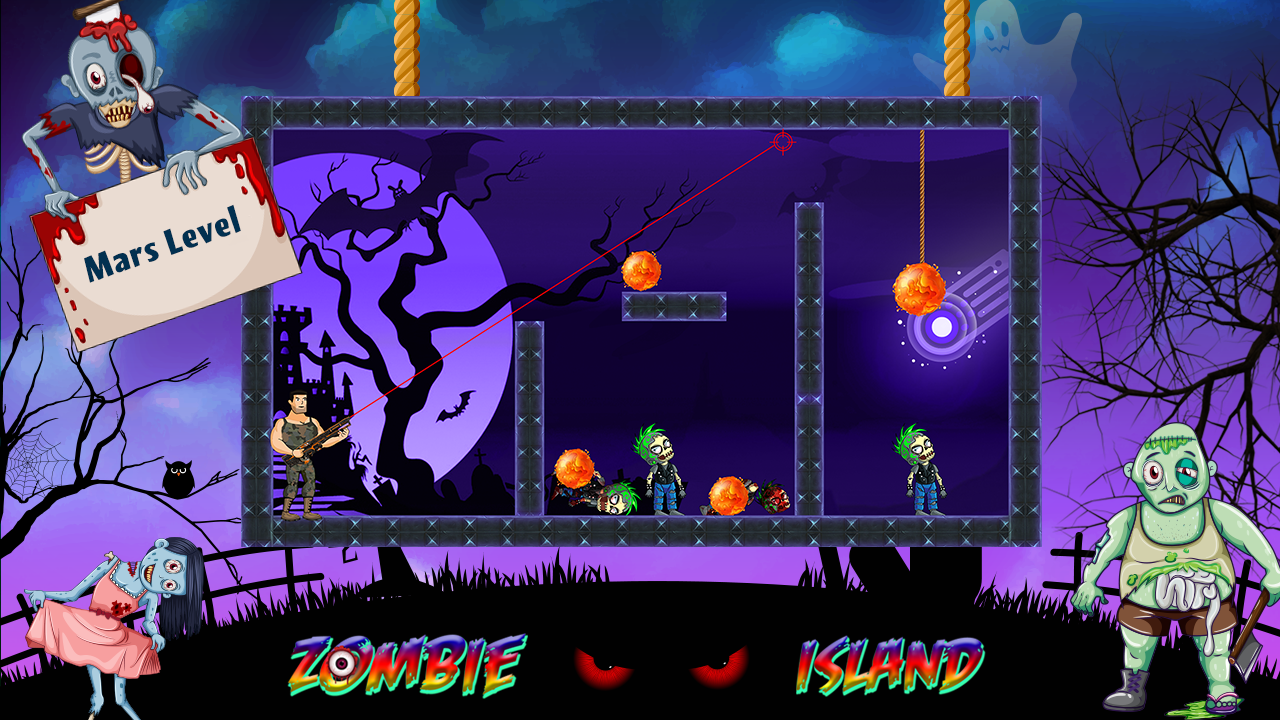 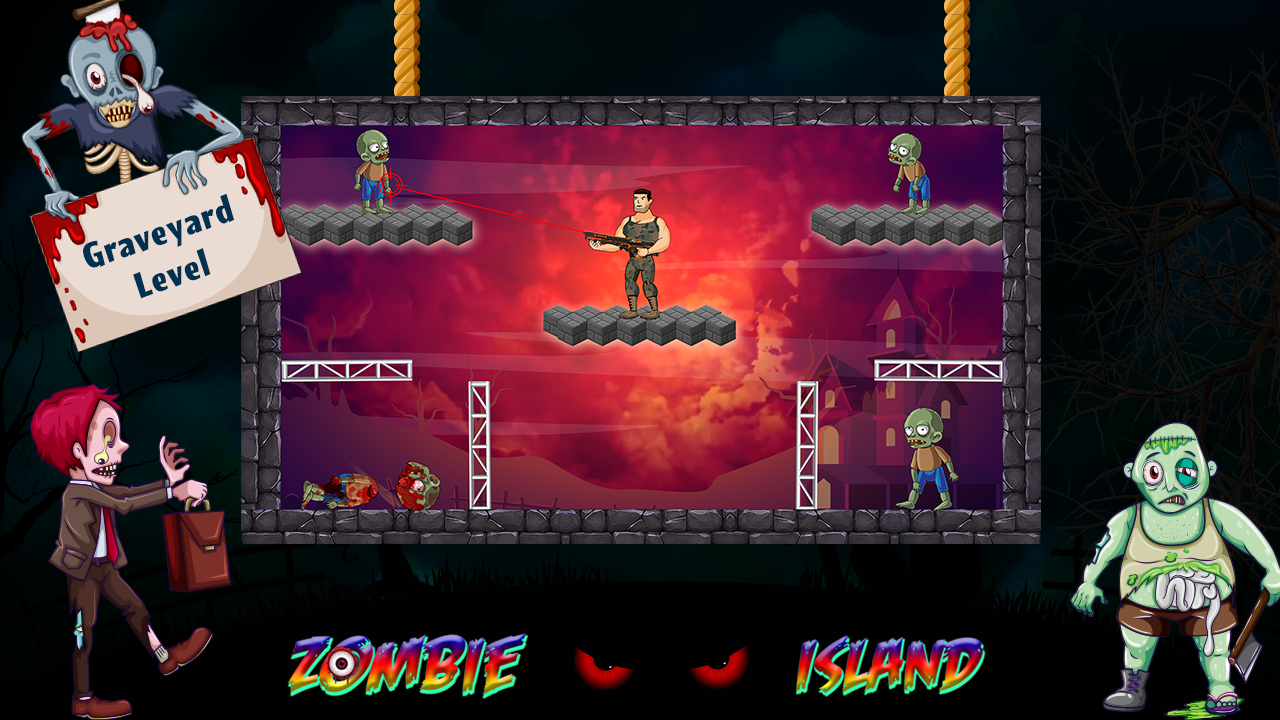 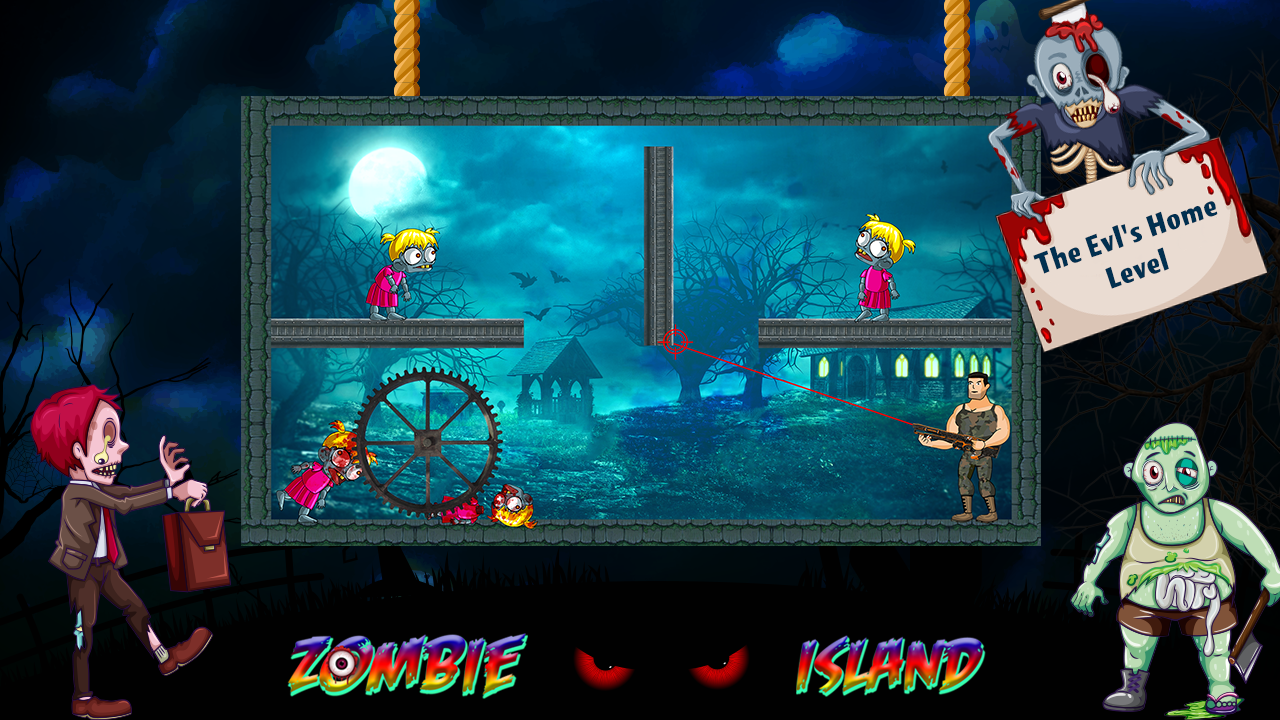 Fight beween you and zombie Game with bloody weapons.

Smooth, intuitive controls allow you to navigate with ease. Precision aiming will help Efficient Controls and an easy game play.

The undead return in this new, jam-packed release with exciting, brainless creatures, weapons, puzzles, moody environments all wrapped up in a slick, player-friendly package.

With the one bullet kill the zombies as more as you can. Play more levels to kill brainless stupid zombies.

It’s shooting time! zombie island game will let you shoot zombies on zombie island. It’s time to be a assassin and shoot zombie in this sniper shooting game. The game is filled with action, hunting & shooting. Those who love to be a deadly hunter will love to kill zombies in this thrilling game. You will feel thrill while playing this horror game.

The aim of the game is to kill all stupid zombie with minimum bullets and be a ferocious zombie hunter. Once you begin to kill zombies, you will be unaware of the passage of time!

Want to test your memory skills or give your brain an exercise? Try this fun puzzle game to improve your memory, speed, get better accuracy and much more. This is a fun logical game that gives a good test to your brain. Think a moment to solve this puzzle of kill all the zombie with minimum bullets.

if you are a lover of killing games or shooting games then here we are with awesome fps shooting game. Zombie Island does not require you to be always online in order to have fun. You can enjoy it offline in the subway, while flying on a (real) plane, in the car on the road.