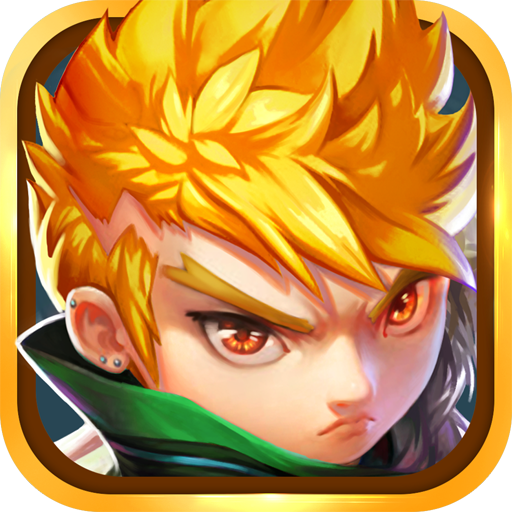 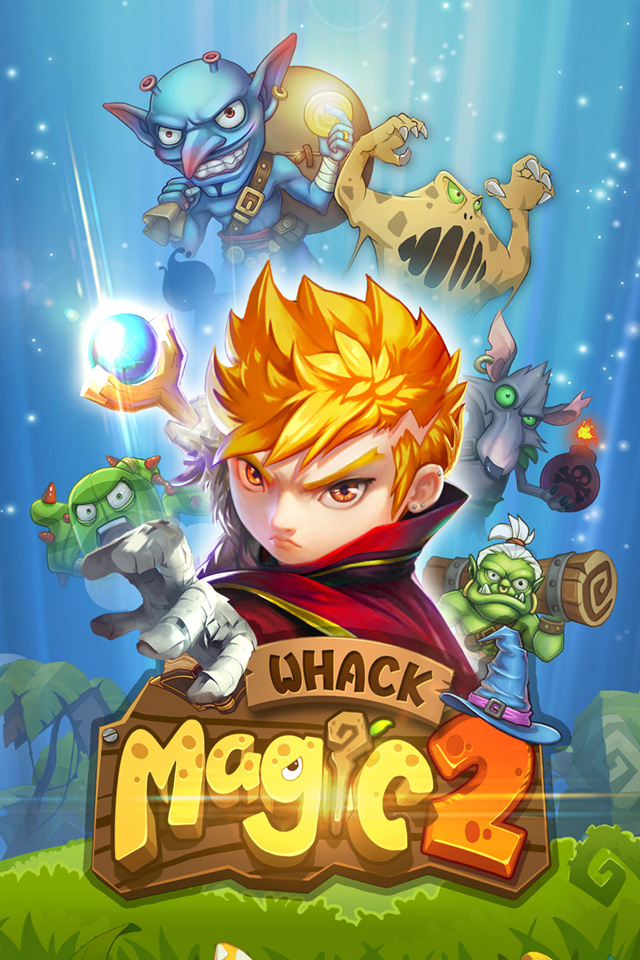 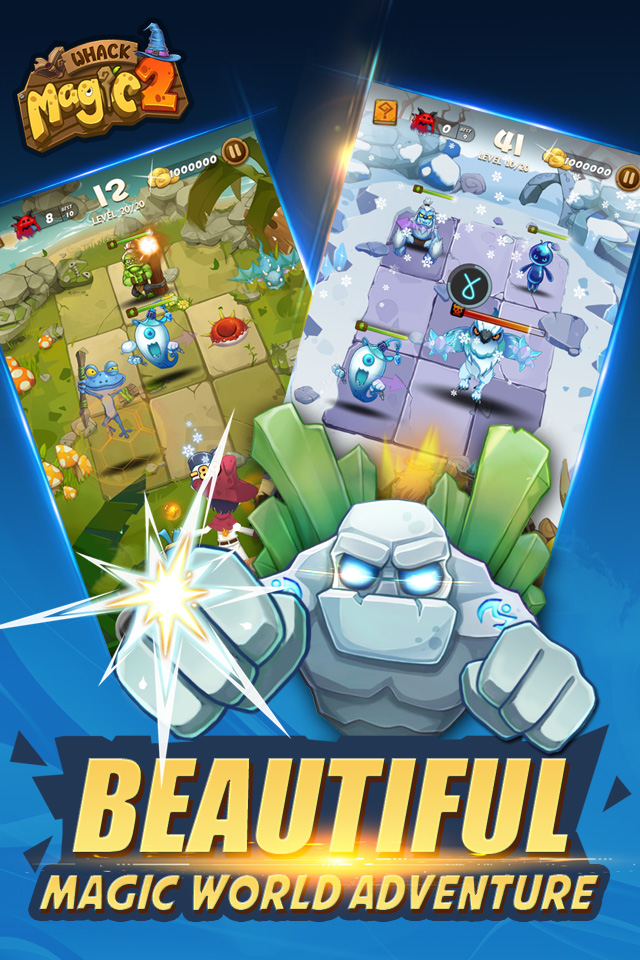 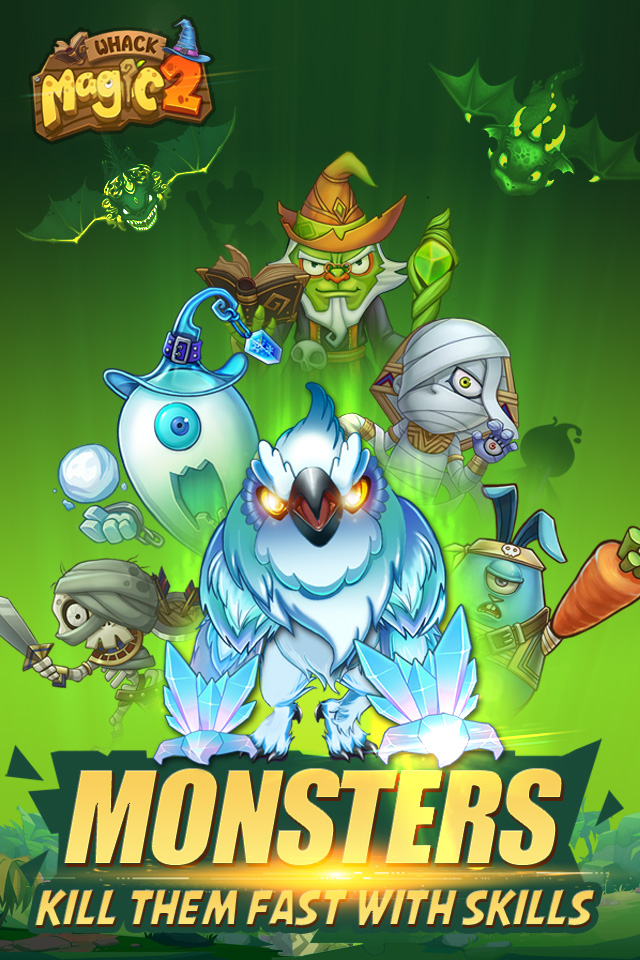 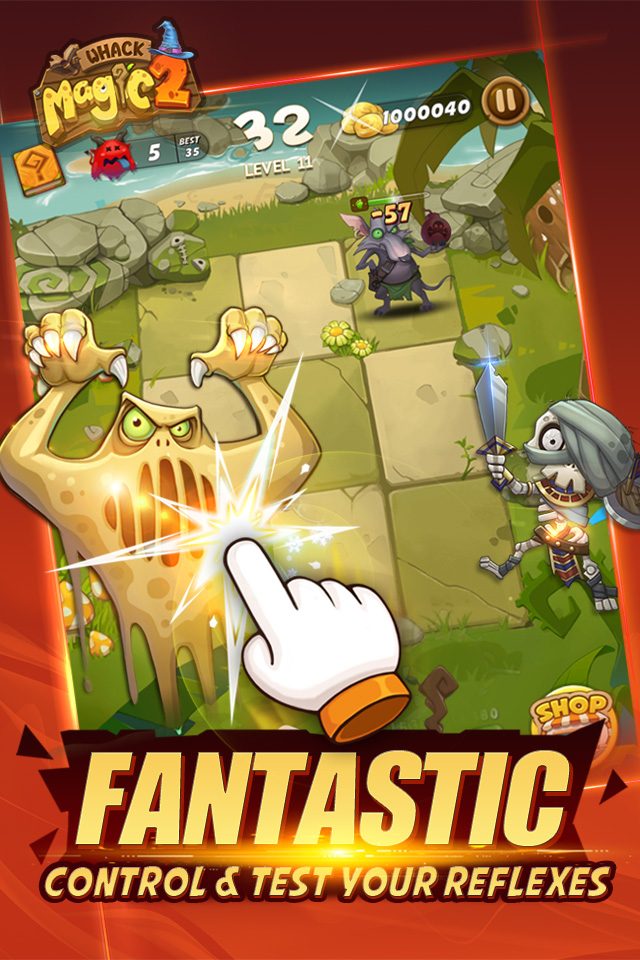 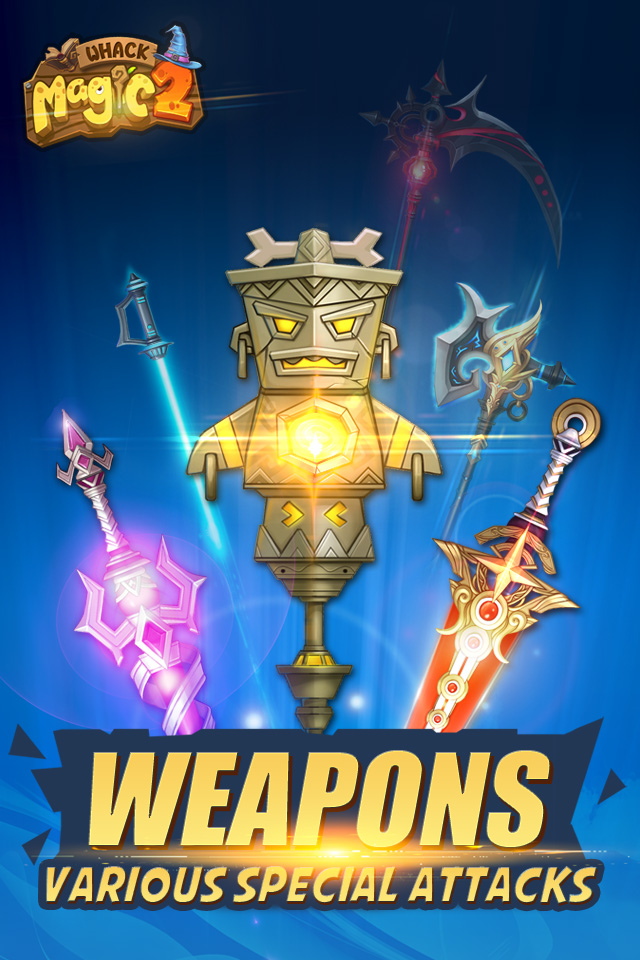 Have you ever tried the best Tapping RPG game on your mobile? If no, try the latest new thwack and smash game Whack Magic 2 - Swipe Tap Smash! We bet this revolutionary whack a mole game will keep you enthralled and entertained for long. Whack Magic is a simple-to-play thrilling action game, which both kids and adults can test their reflexes and reactions.

How to play the game?

Whack Magic 2 - Swipe Tap Smash is a multilevel game and players can play the game against four mysterious and stimulating themes. At the beginning of the tap to whack the monster game you will get the wizard on action field with his power wand and you have to help him to tap and takedown the attacking naughty monsters. Different types of powerful monsters will appear on the action field and you have to smash them as fast as possible. Some of these monsters will be killed by tapping; some of them have to be killed by touch and hold action of your finger on-screen.

Start exploring more magic, and super armors like ice arrows, small bombs, powerful bombs to takedown popping monsters on action field to win the levels all at your fingertips. More levels you cross, you can unlock new monsters with different strength and power levels.

Start playing and explore more layers of fun and excitement hidden in the game play!

Before you start enjoying this best rpg exciting tapping game on your mobile, take a look at the exciting features:

• Stunning user interface that pulls players attractions at one go,
• Stimulating music keeps your stamina level always up: you can off/on sound and music,
• You can play Unlimited amazing action-packed shoot the monster gamelevels,
• There are plenty of super armors and power ups for facilitating the game dynamics,
• You can customize the hero wizard with powerful weapons and magical items,
• The action game offers immaculate easy control and most thrilling power play of victory,
• Smart graphics has added ultra-addictive joyful charm to its whacking game play
• Suitable for Kids and Adults alike

It’s high time now that you can download the super duper action packed game Whack Magic 2 - Swipe Tap Smash! It is indeed a new age improvised play of whack a mole algorithm! Play and test your reflexes and reactions now!