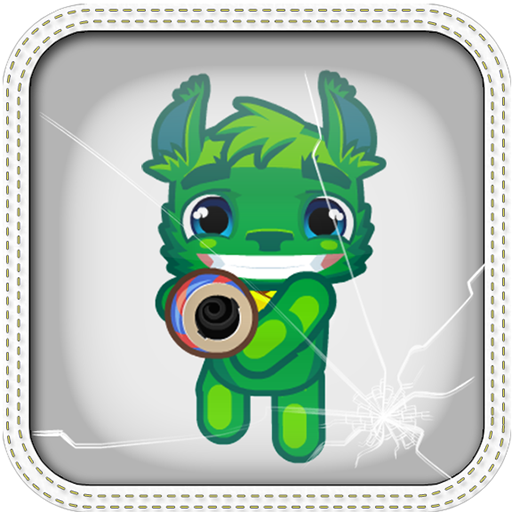 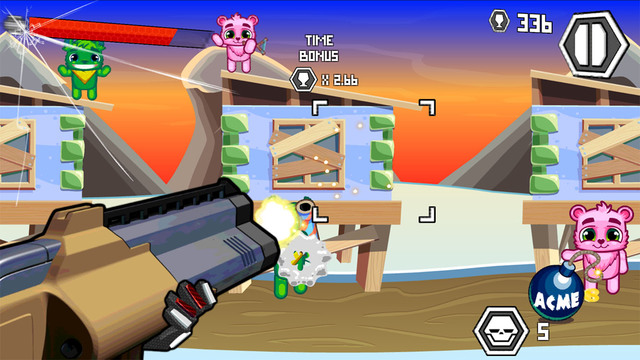 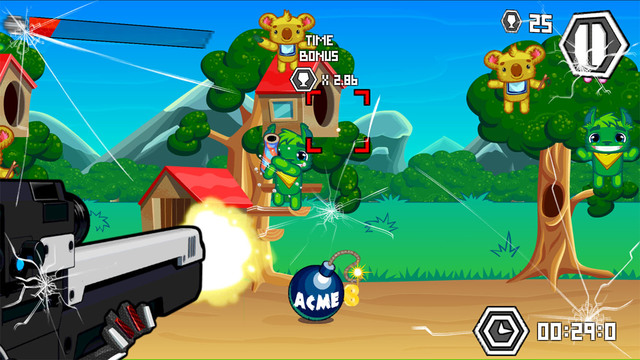 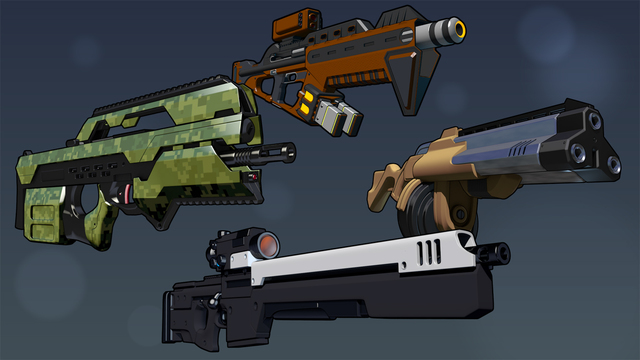 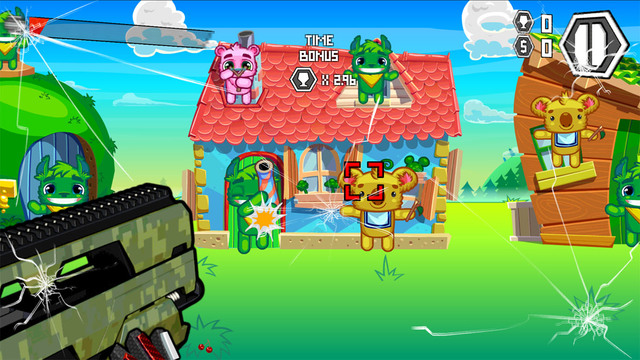 At ease, solider! As you already know, your squad is going to Candy Planet. Plush opponent activity was detected In sector of Treacle. These rag critters is plotting something evil. Sweet terror act for example or destroying of our state. Go to that planet and shoot em all! Oops...I mean bring democracy and freedom to this planet.

We must liberate Candy people from the tyranny of sweet totalitarian regime! For each killed terrorist you would get a sweet points. Upon completion of the operation, we'll see which one of you earned more honour and respect of the unfortunate residents of the Sweet Planet! On the leaderboard!

Sometime you will get bonuses from the dead sweet bodies. Pick them up immediately, before it's done by criminals and bandits from whom we will liberate the planet! Some creatures may drop sweet gold! You can buy better equipment from quartermaster with this credits and carry democracy to our neighbours with increased firepower more effectively!

At your disposal you have an submachine gun called "Hornet", sniper rifle "Bullseye", three barrel shotgun "BoomStick", mega mini-gun "Equalizer" and even a secret development of Russian scientists - the "Cricket"!
You must destroy, shoot, kill, annihilate, burn, blow up and torment these assholes! Do it during an awesome soundtrack!

Remember: kill them all, warrior! Dismiss!