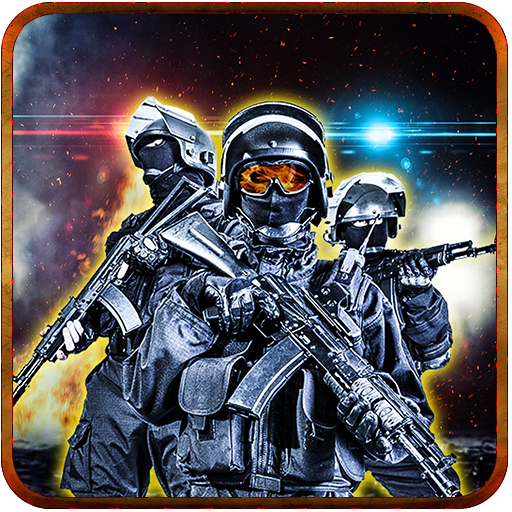 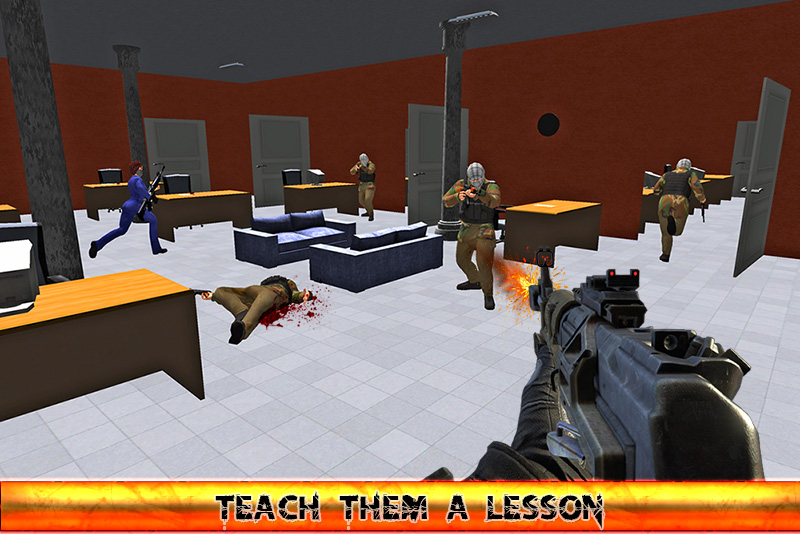 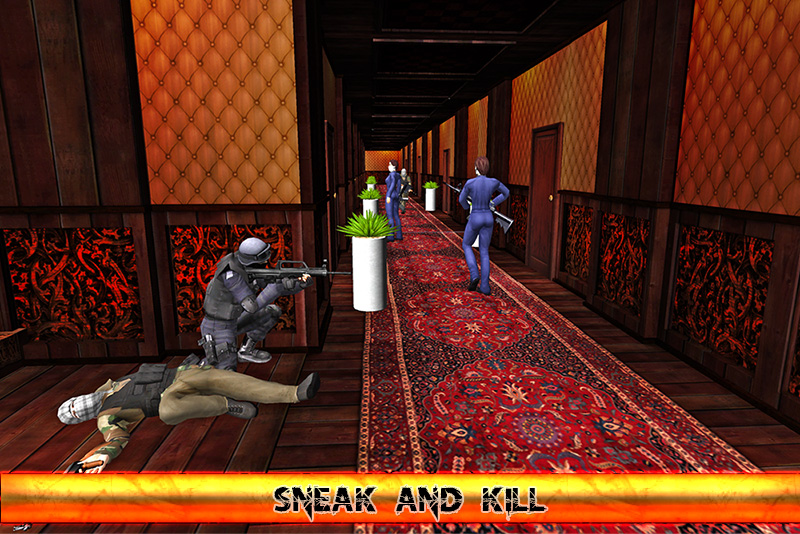 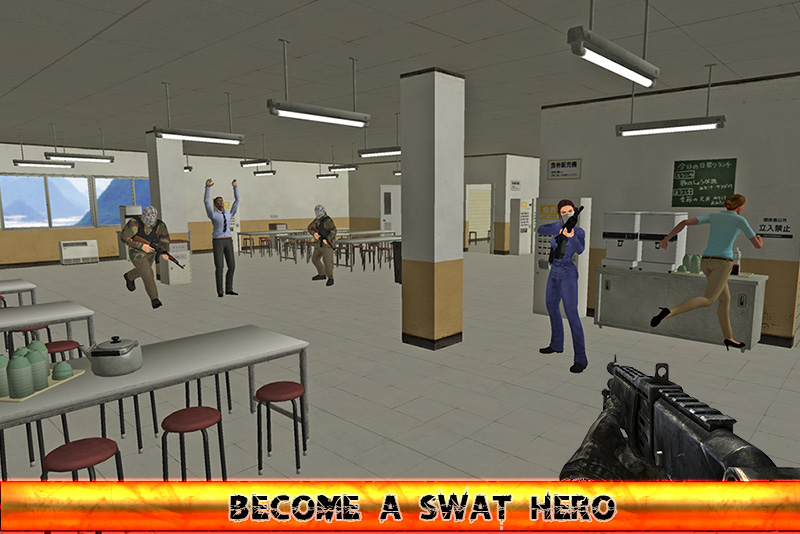 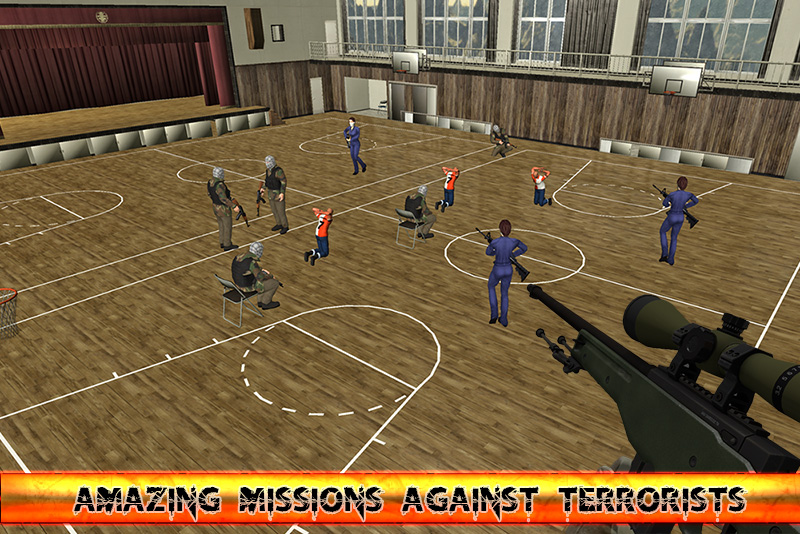 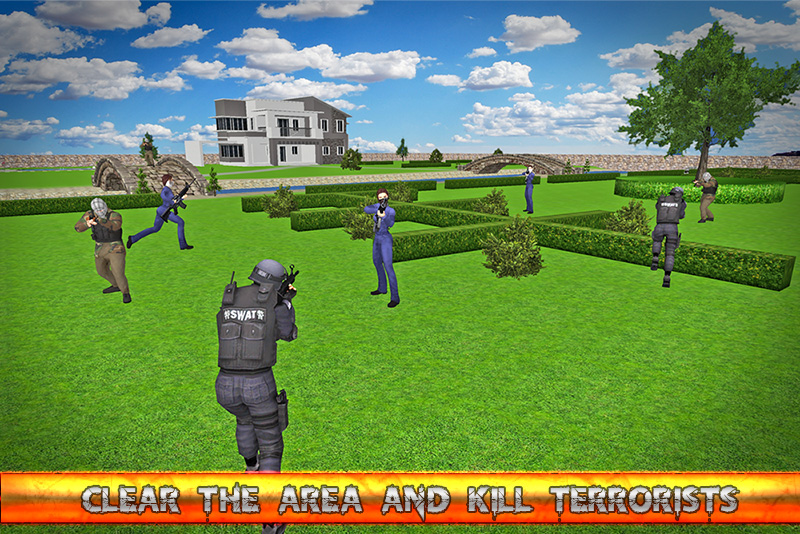 In this big world, terrorist organizations spread chaos and destruction. But a new threat looms large on the horizon in this situation SWAT HERO got master sniper and tactical shooters lead them as pro gunman and save the hostages life.This hell bent on wreaking havoc and spreading terrorists message of hate. Now, they have arrived and set up their base in our once peaceful city. Large areas have already been devastated and only SWAT can stop them reducing the rest to rubble by kill and shooting them with headshots guns.Counter SWAT HERO KILL AND SHOW Strike Team 3D is thrilling action game to deal with crazy and deadly global terrorist groups. In this crisis situation your battlefield training will leads you to success in green forest, Rest house, cafeteria government house,locomotive railway station. Target enemies mercenary and ex military forces, take aim and pull trigger to kill them all in superb FPS gameplay.

Become a sniper Hero, Trigger Shoot Free is the only shooter game you want to play! Your mission is to rescue all the hostages who were kidnapped, you must be Racked down by a sniper glare and kill careful because there are many shooters and you can not shoot the hostages. While he did not get to your comrades ! That would kill the sniper you just need to find him seek slow and shot with a rifle will follow SWAT Sniper Shooting is the best fps shooting game. SWAT Sniper Shooting is a military action game that takes being far-sighted to a new level.Enjoy most thrilling anti terrorist shooting game in android play store for tablet and smart phones. Enter in warfare battle against hard core criminal like thief, robbers, and real gangsters in San Andreas crime city. Prisoners escape from police bus they imprisoned civilians in the crime city, gym and industrial area. As SWAT team lead go for rescue op, kill all the bad guys, robbers, gangsters, thief and criminal in the battle situation.

You need to move fast and don't give your enemies time to shoot you because your life will drop and you will lose the battle when you die. Shooting more enemies means more chances to survive into the army mission.Are you accurate enough to scope your enemies from across the map? Yes, that is the task: to be able to shoot before thinking about shooting them.An arrow that is pointing at the enemy head shows the locations and movements of enemies.Show extreme stealth skills to sneak inside jail to help your cell inmates and gang members in this newest prison break game. In this impossible mission your objective is shoot to kill anyone, murder cops, soldiers, jail officer or trained snipers.The elite unit of any police force is their SWAT Team, Get ready to attack maximum security prison on hilly landscape in Prison Escape City Jail Break 3D game.These teams are a civil law enforcement agency and no military unit so they are used as a last resort to uphold the law. As an an elite SWAT officer you are part of this lethal force, swat commandos take out criminals. The best special weapons sniper , m4 , m5 , shotgun, ak-47 and 9mm with tactics at your disposal this is a full out 3D shooter game.