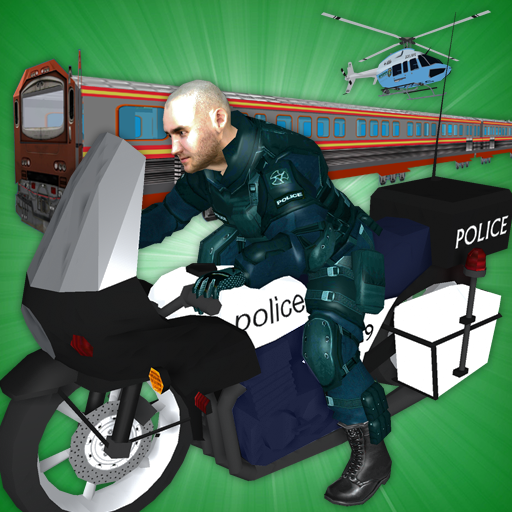 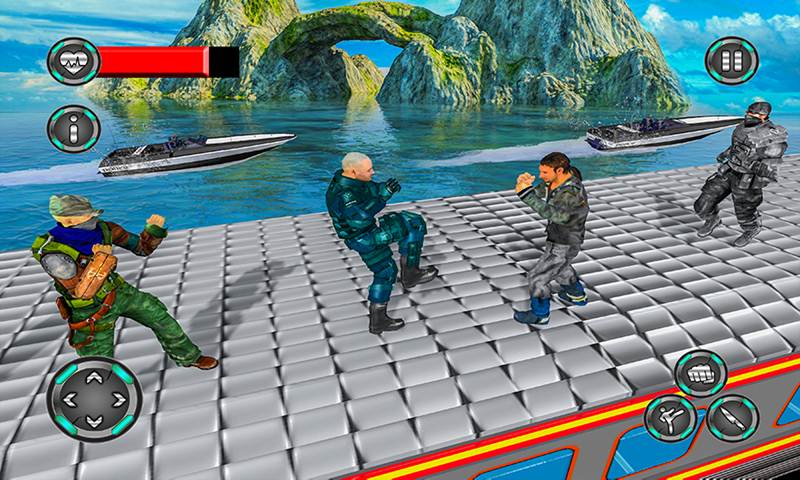 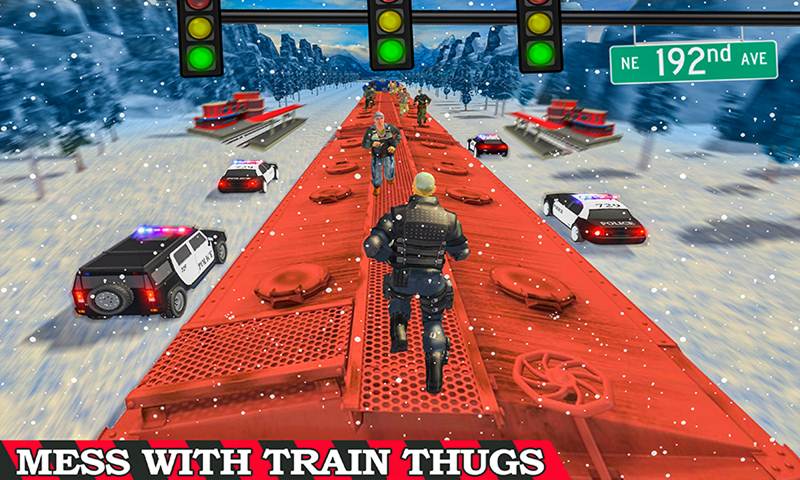 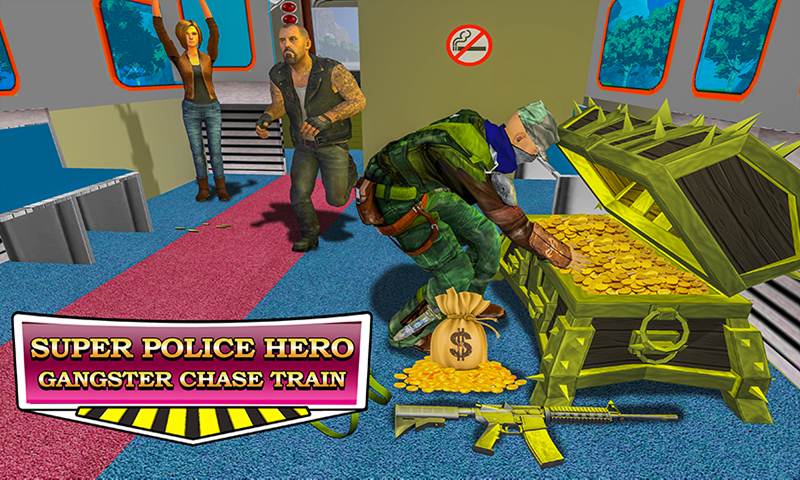 Become a police hero, drive the fast bike to chase the train and save the hostages!

Are you ready to stop the bullet train and save innocent train passengers from dangerous robbers as well as thieves? If yes then Super Police Grand Hero Gangster Chase Train is best super-fast bullet train chasing game in the gaming world. Eliminate the train thugs and arrest these gangsters with the help of your police training and pursuing techniques.

Drive your fast bike to chase the train which is hijacked by the gangster and stop these muggers. Climb on the roof of train find real robbers sin and make combat with them. Don’t let yourself to fall from the bullet train otherwise, you will lose the mission. Beat the city crime criminal’s enemies’ partner and enter the train with the help of rooftop train window while playing this city police hero train chasing simulator.

US Police jeeps, helicopters are also chasing the borrowed bullet train and keeping an eye on your secret mission. Diffuse the time bomb with the help of diffuse kit and throw it from the train to save the civilians of the city who are traveling in the train while playing this action police hero simulator 2019.

Police city hero train thugs chase game is specially designed for all police chase game lovers and train simulator, sports bike simulation game fans. Move to another roof of the train’s cabin before the blast. Save the hostages and Find passenger coach key, enter in the next cabin to fight with gangsters to stop the train while playing NY Police Chase bullet Train Simulator.