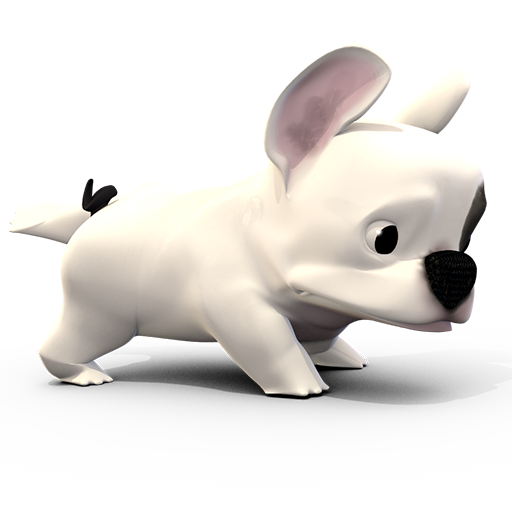 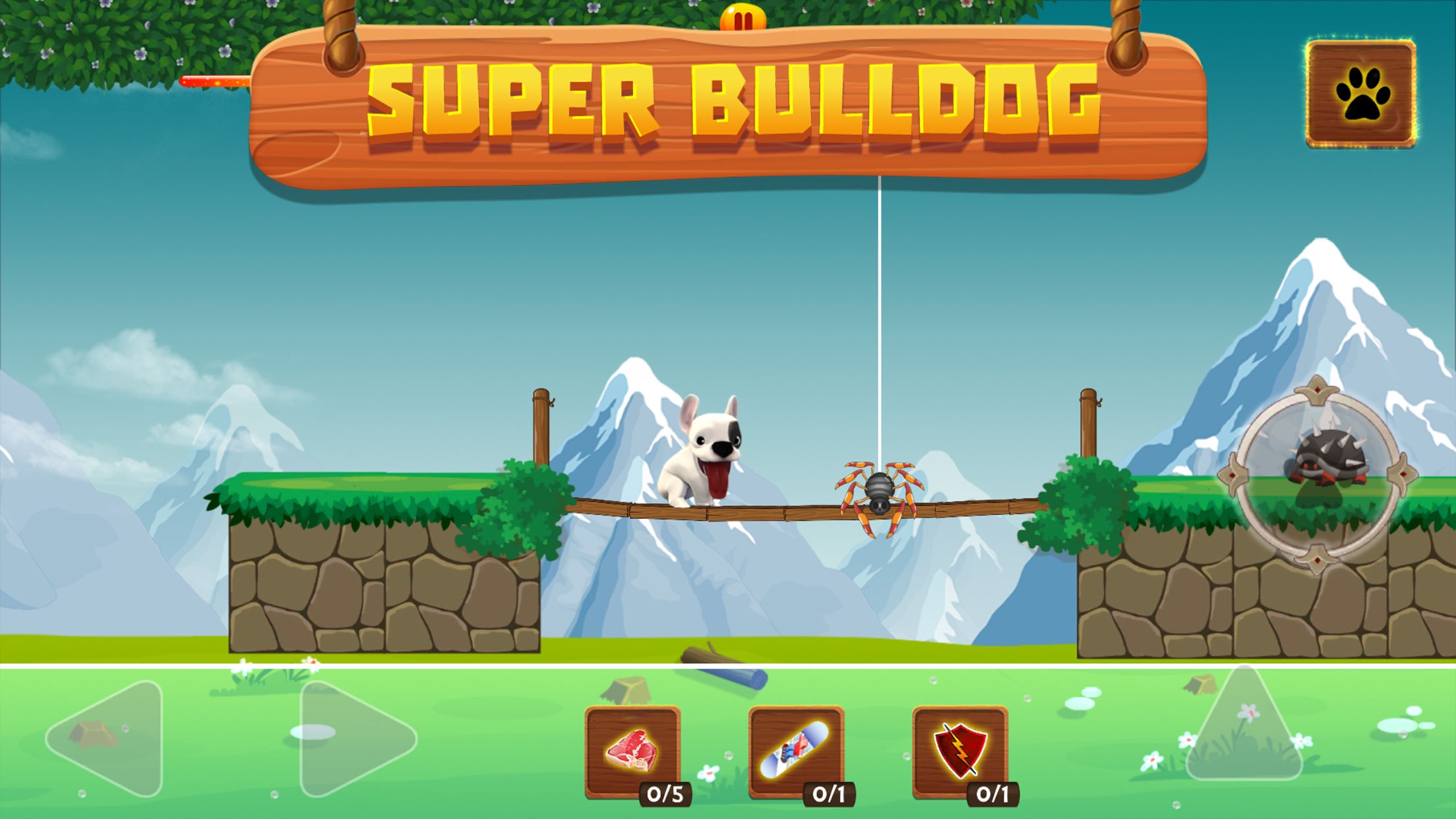 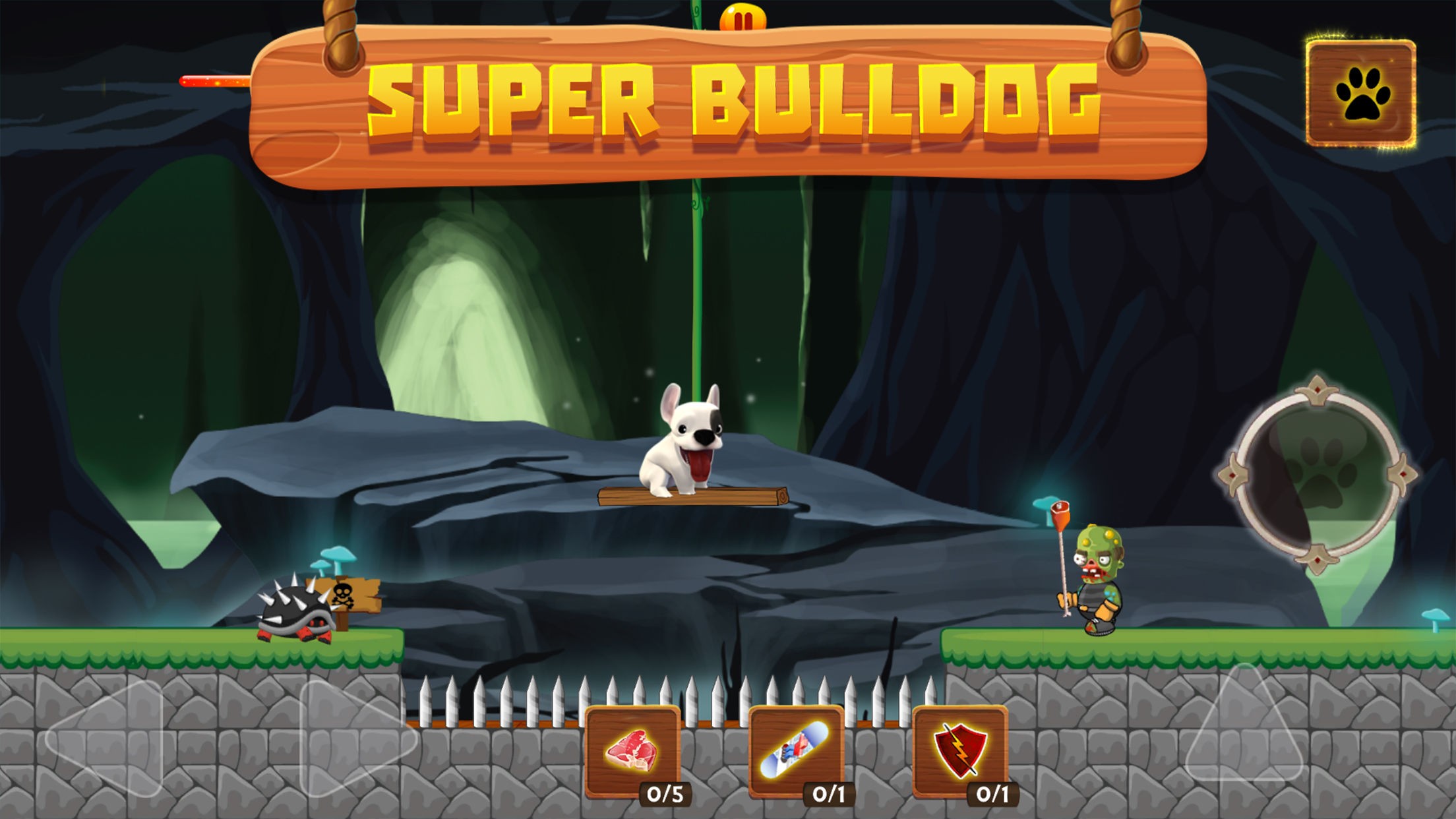 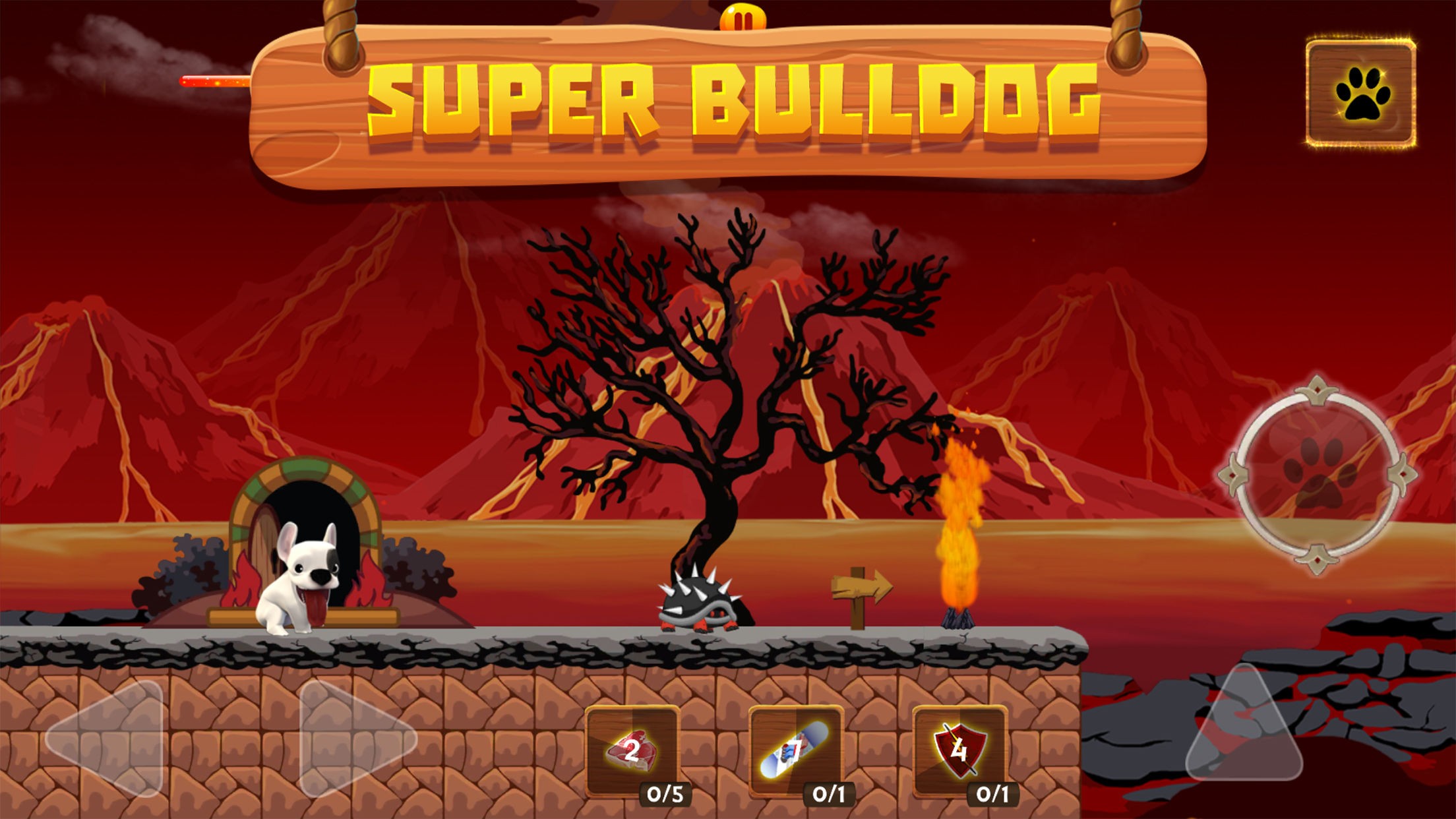 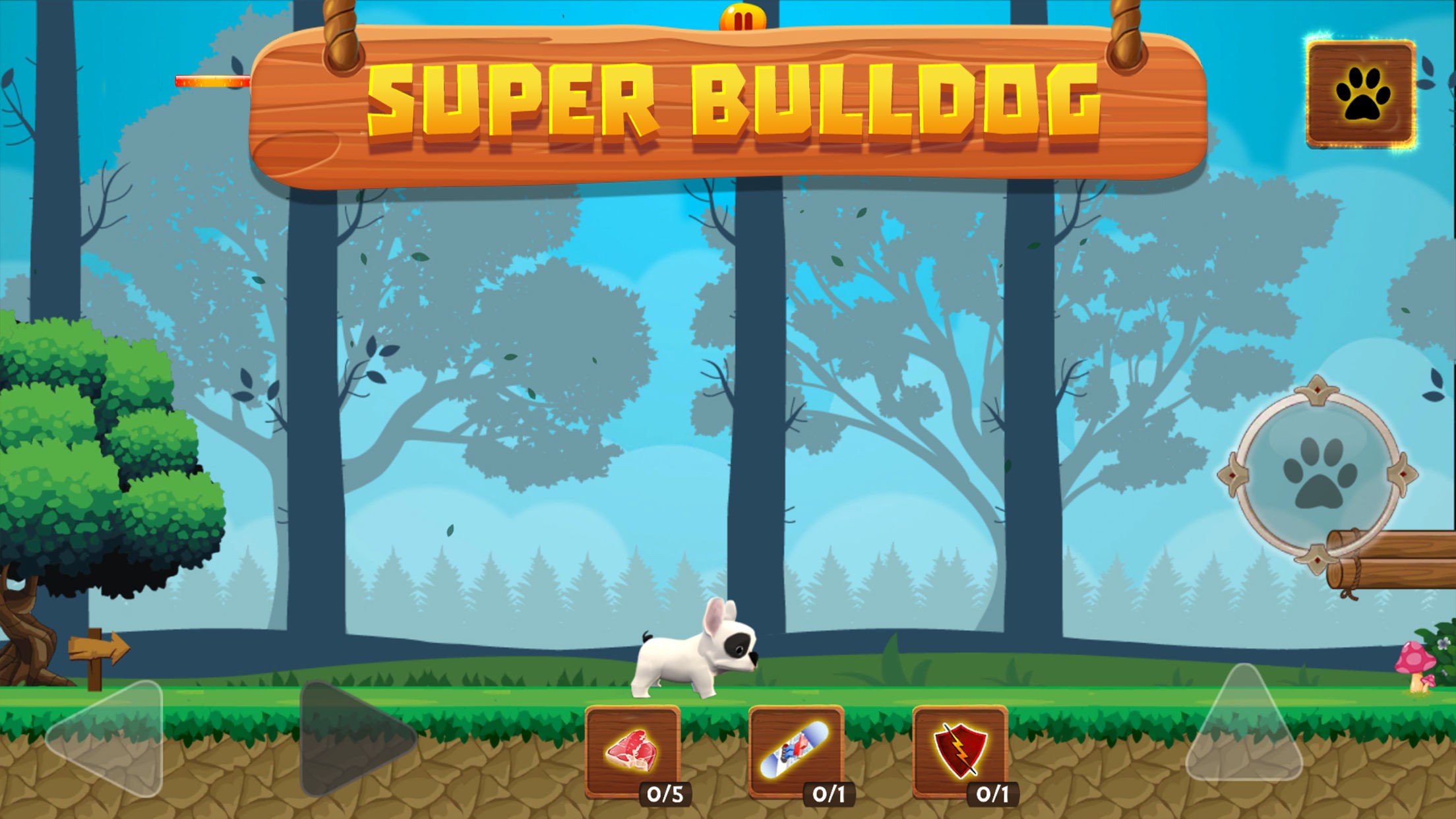 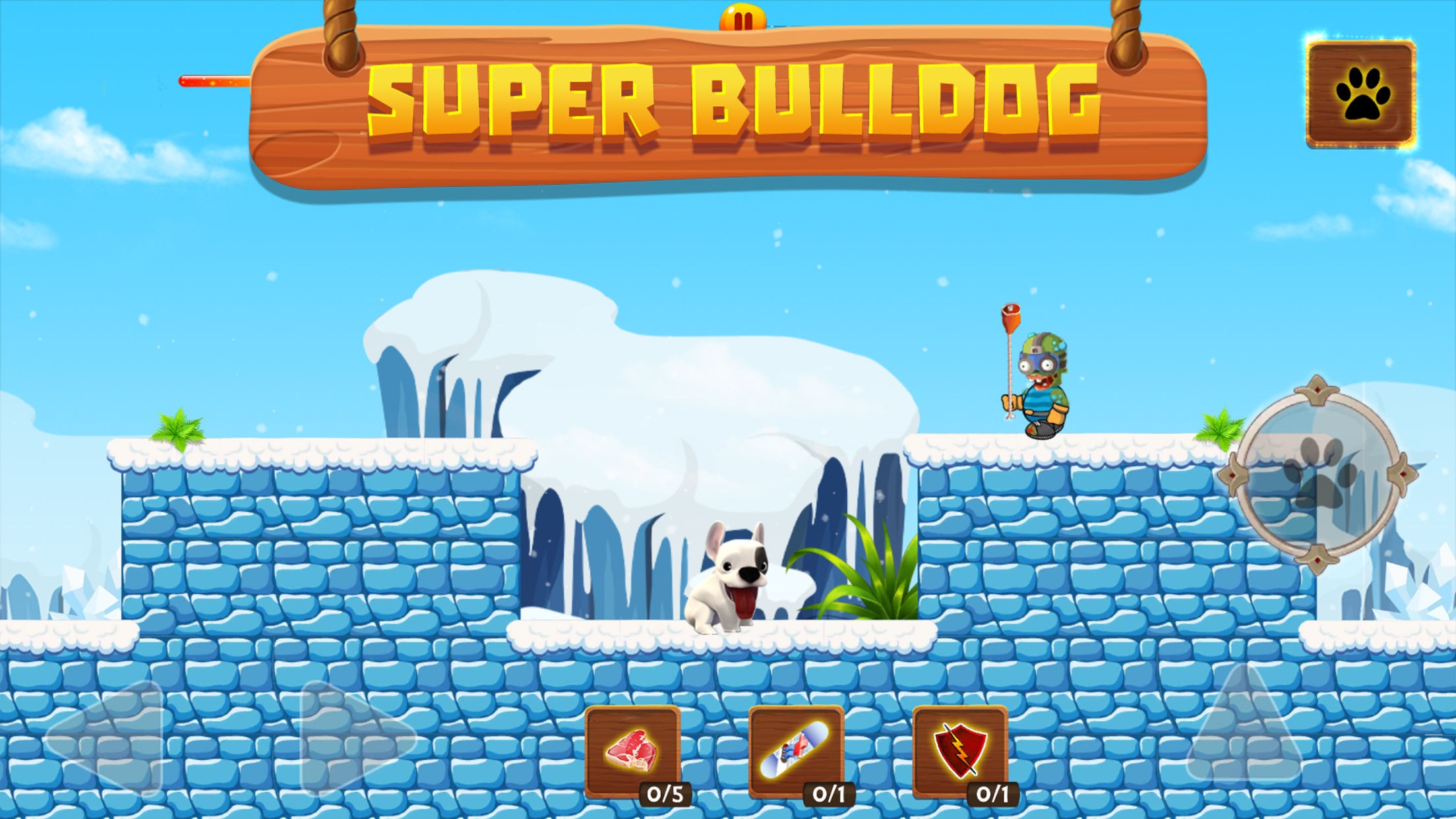 Super Bulldog is a cool and amazing platform game !!! Everything has been carefully designed for you to have a lot of fun!

PETULA the bulldog has super powers with many skills and weapons such as: Toxic Fart, Super Poo, Boomerang...
Let's run, jump and beat enemies with PETULA by simple touch buttons. You can also use them to choose her kind of weapons to attack angry zombies on her way.

Collect as many coins as possible to upgrade her skills or add more weapons. Also, PETULA can pick up items on her traveling in each map! Find secrets and unlock extras to get the most out of the game. Compete with your friends and other peoples to get best score in this game! To play you simple touch buttons to run, attack, change weapons or jump. PETULA can jump over her enemies or kill them then run to the end.

Super Bulldog stands out with:

Download Super Bulldog now and start your adventure. It is a fun game for everyone. Try it out and enjoy!