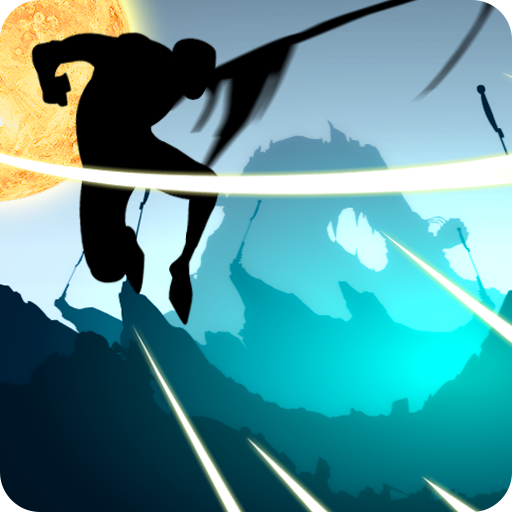 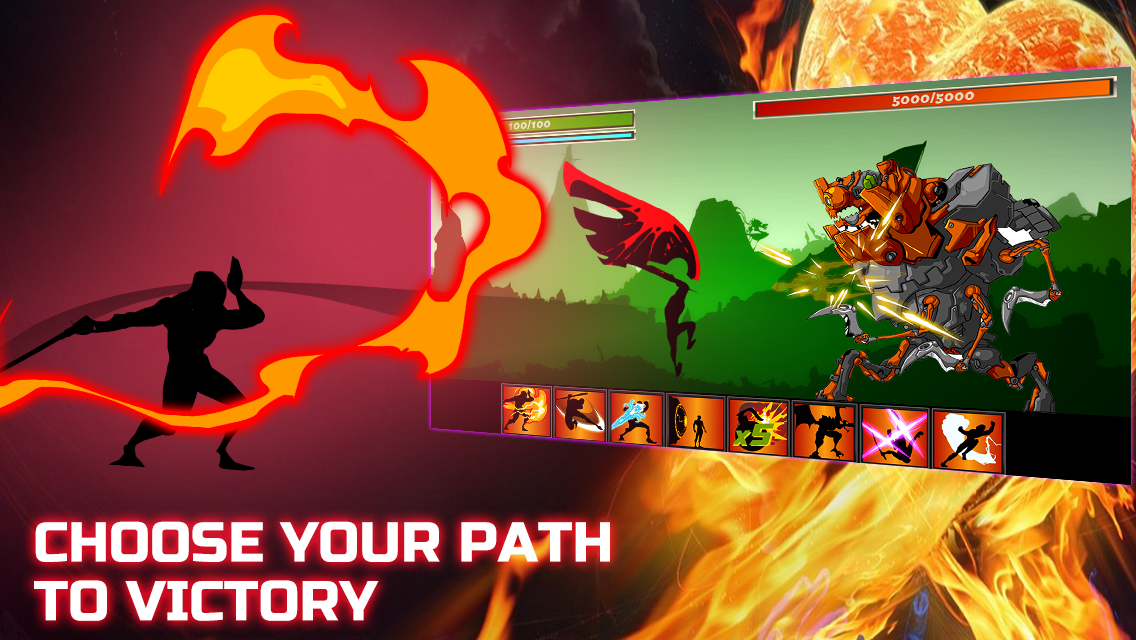 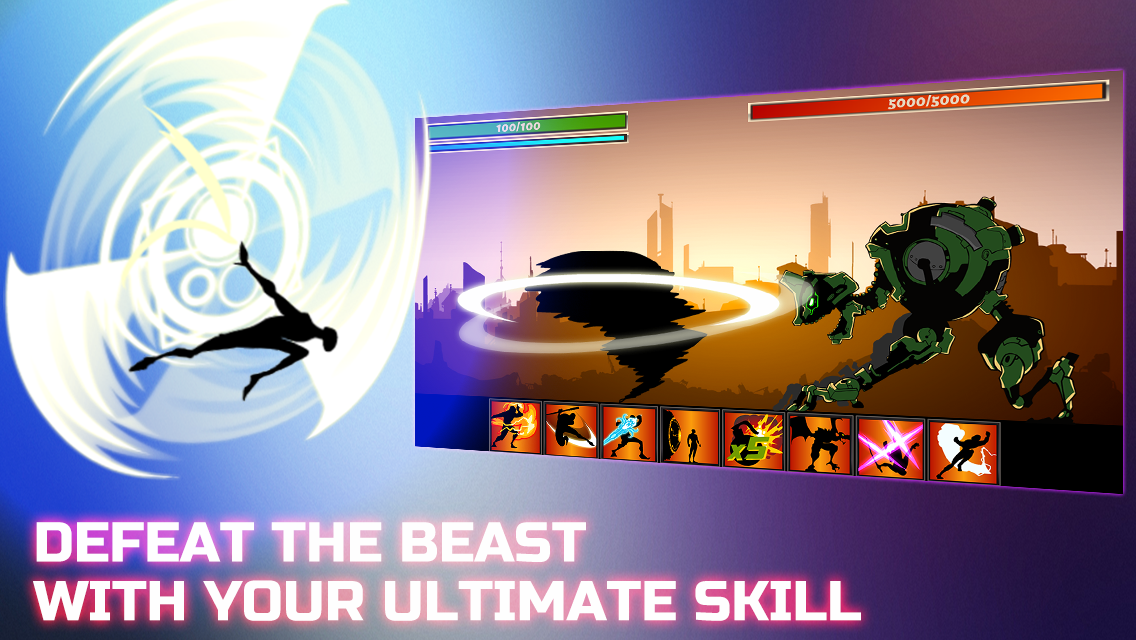 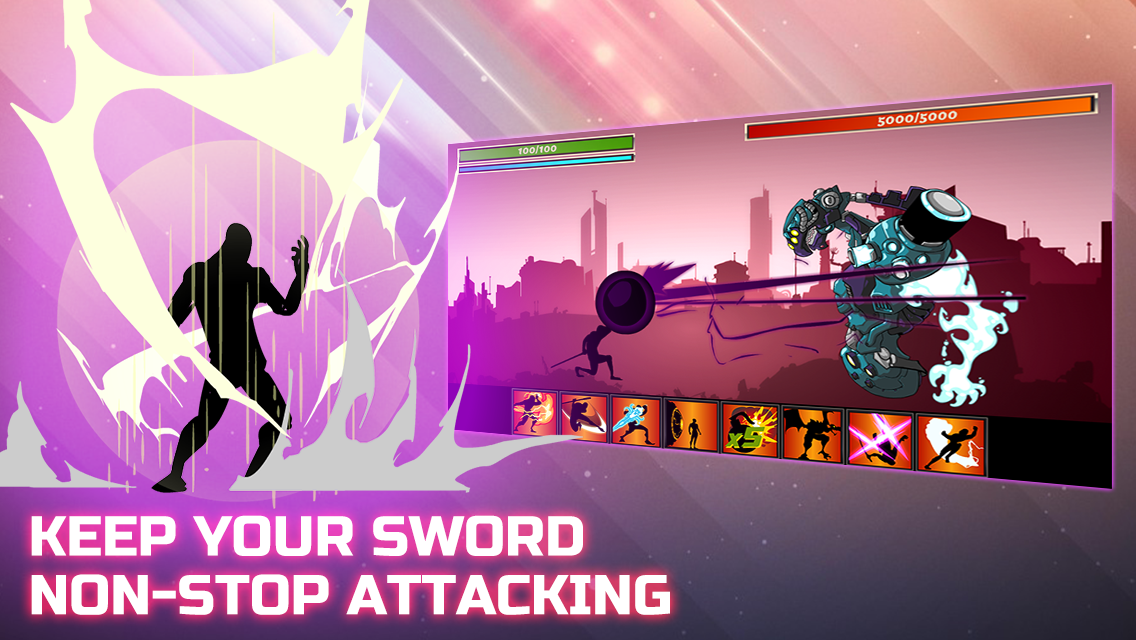 Shadow warrior! Join the league of stickman in the epic war and fight your honor

It's war time. Your blade is the only thing that stands between order and chaos. To be a hero, fighting with these netherworld beasts and machine robot from the dark world. Advance you fighting skills to unlock attacks and weapons to defeat the ultimate boss and win this epic war.

Revenge Of Shadow Fighter:Ultimate Weapon is a very addictive stickman shadow fighting game. When the lonely ninja come across the unknown weapon he unleashed the evil beast from the netherworld. To clean up the dark world and revenge the evil under shadow.  You start the war fighting to the black shadow world. In each adventure battle, You'll play the warriors who are fighting with these giant and machine beast with your sword. My hero, keep forwarding and keep fighting, running into the dark to defeat the beasts and save these fail man and ninjas.

The control of Revenge Of Shadow Fighter:Ultimate Weapon is easy. Unlike other RPG fighting games. There is a complex skill upgrading system. You should be careful to upgrade skills and find the right combination of these skills and stats when battling. When in the battle each hit in the enemy may drop some coins or artifacts parts. You can click them to collect money and artifacts. And buy new attack or upgrading skills or stats with these money.

-Both challenge and survive mode

-A game of stimulation and adventure

-Tons of upgrades and attack animations