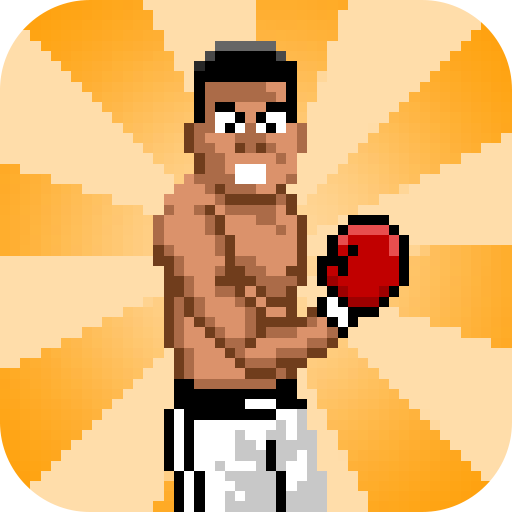 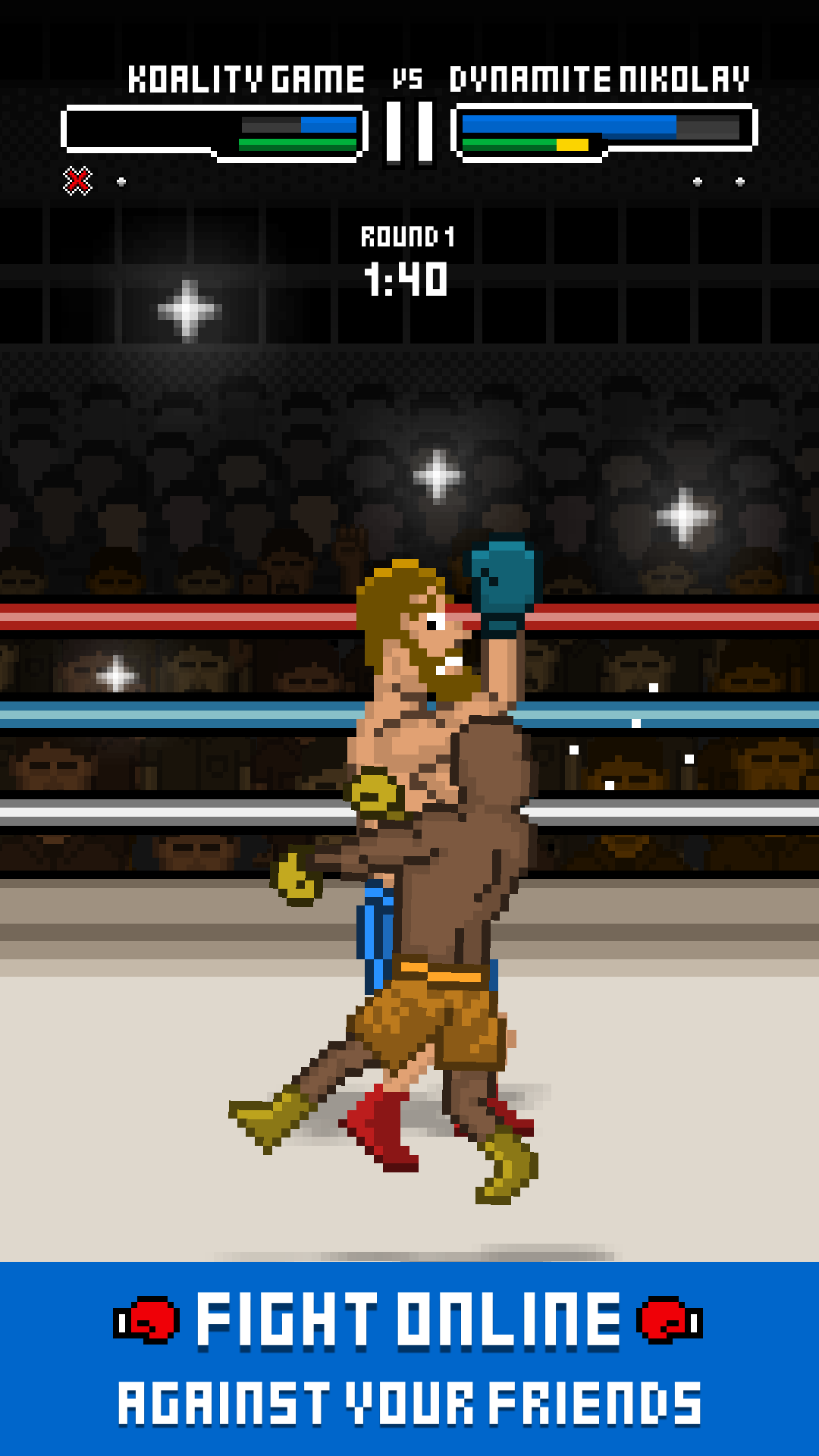 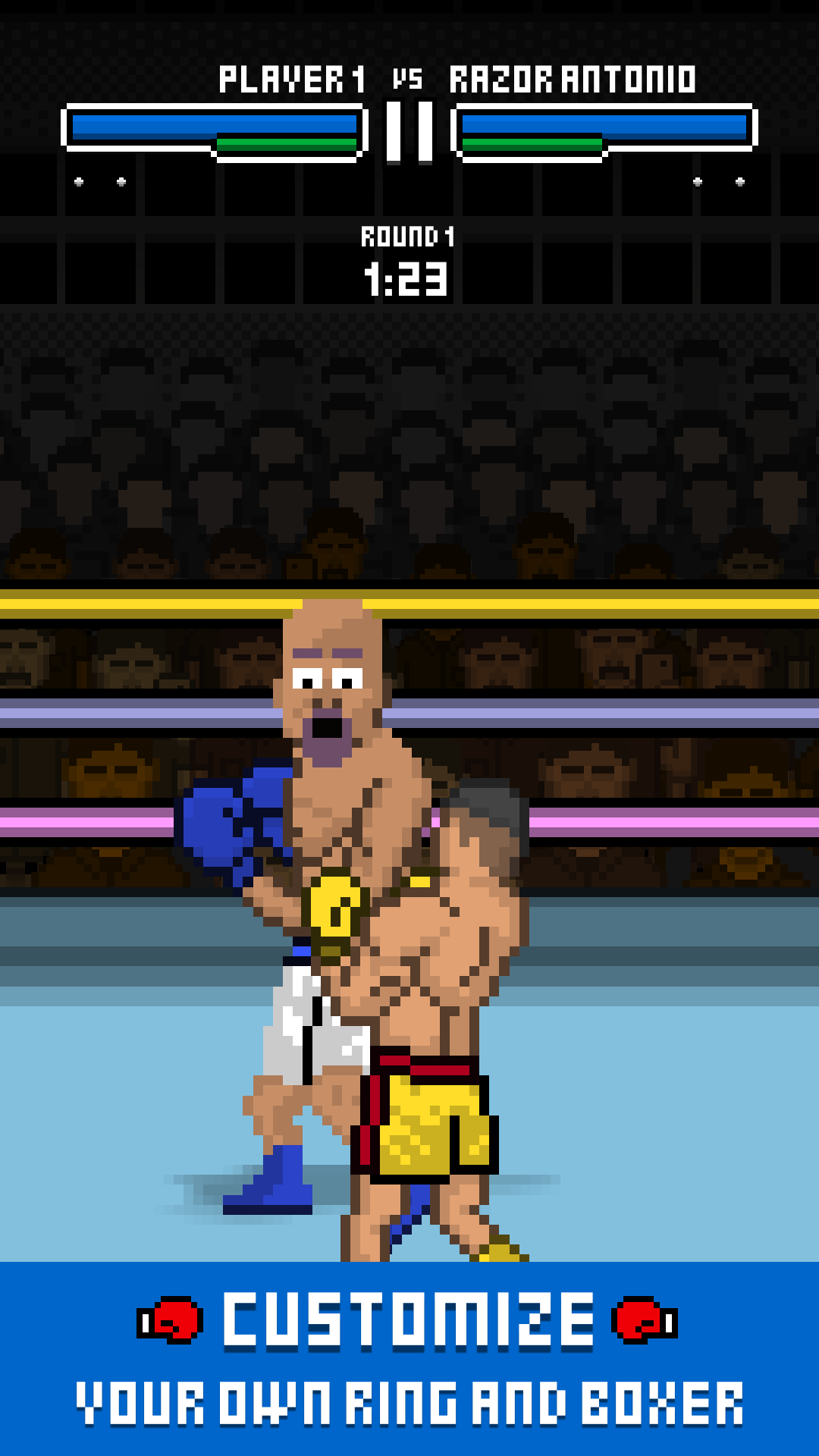 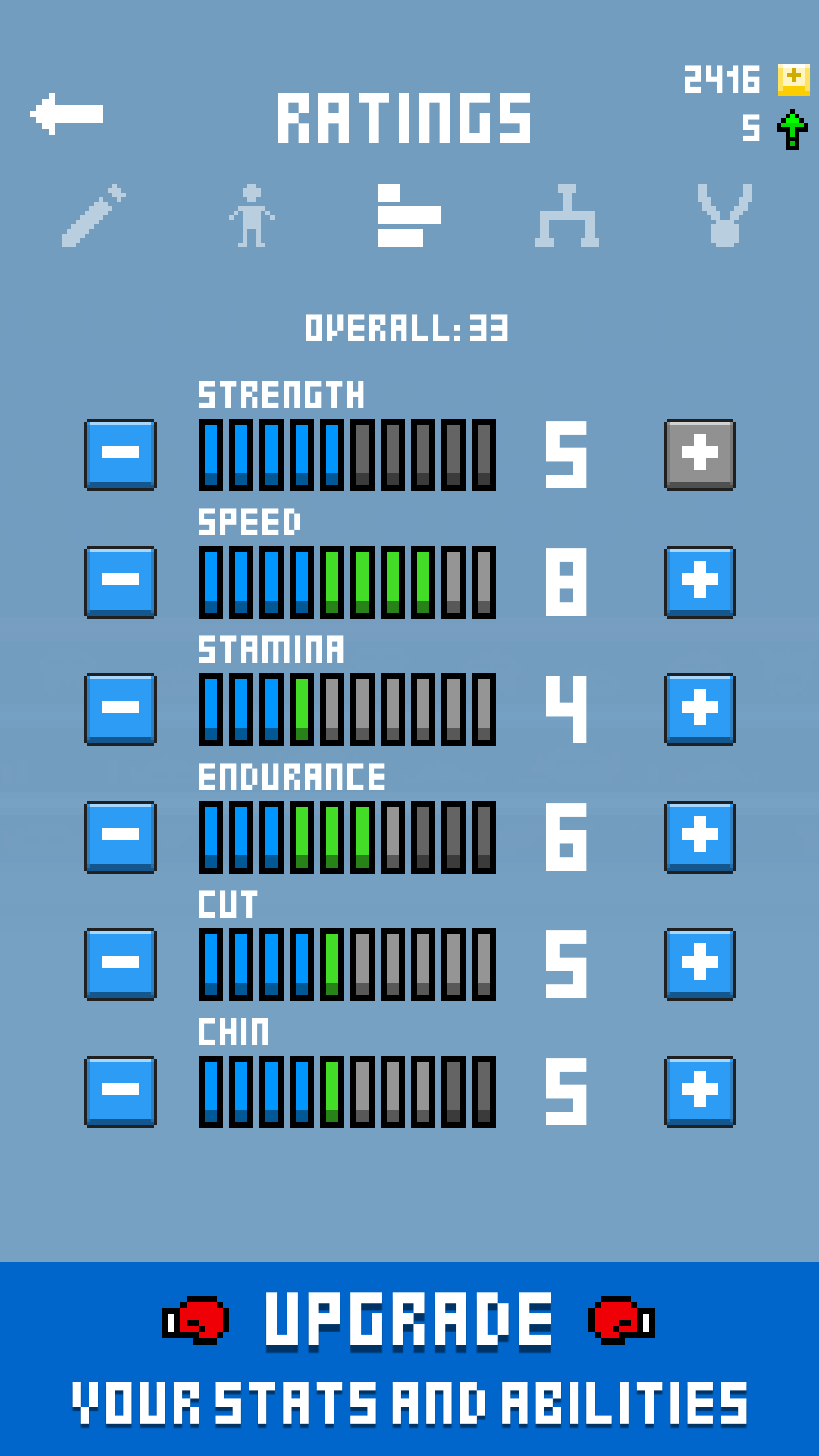 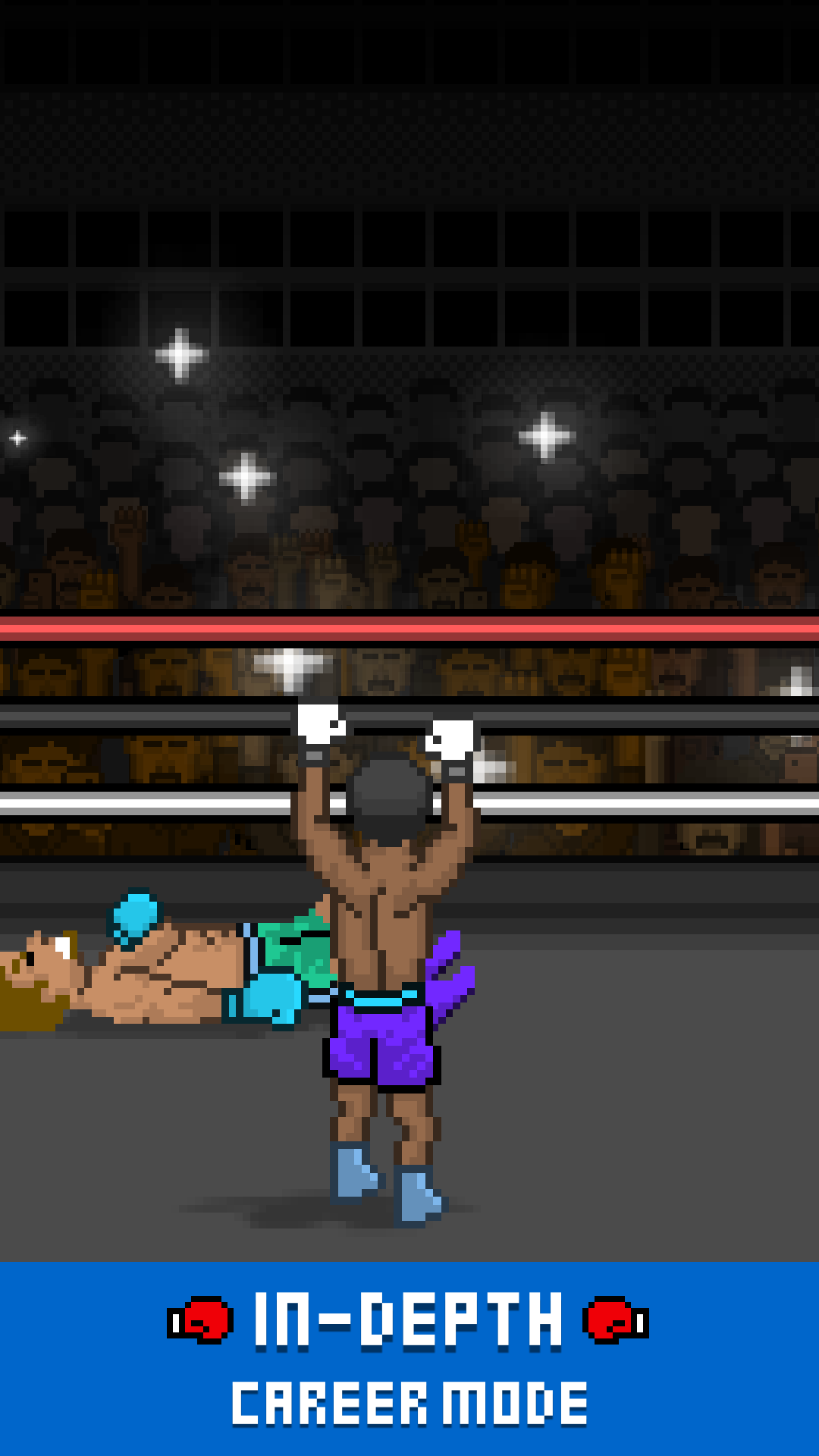 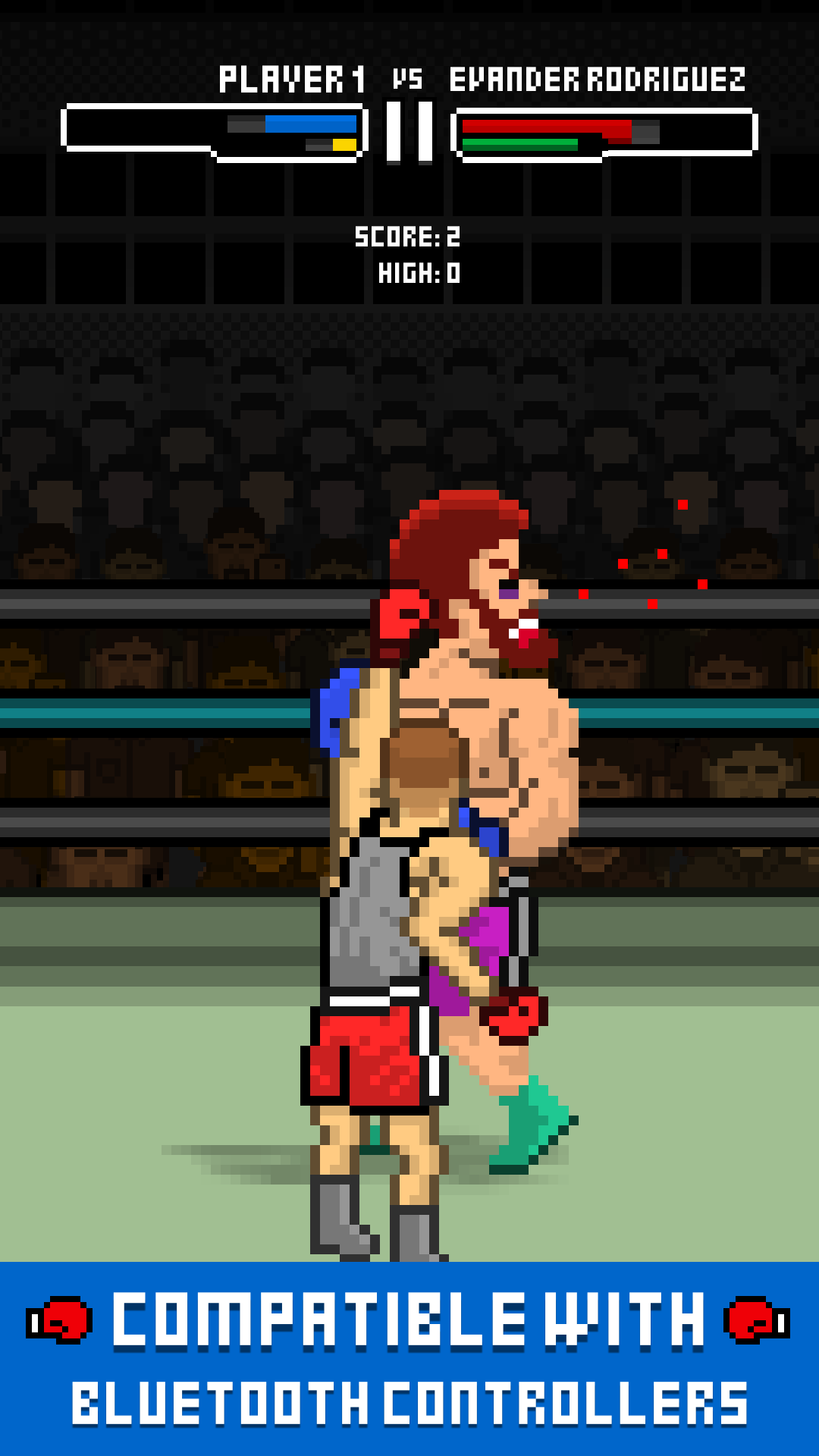 RETRO GRAPHICS AND SOUND
Hand animated pixel art graphics bring you back to the classic arcade boxing games of the past. Fight in landscape or portrait mode!

EXTENSIVE CAREER
Start from the bottom and fight your way up the ranks against 29 other randomly generated opponents. Challenge three different titleholders and become the greatest undisputed boxing champion of the world.

REAL-TIME MULTIPLAYER
Prove that you are the world’s greatest fighter by challenging other players in real-time PVP multiplayer. Compete in five different weight classes and try to achieve the highest rank for each division. With ranked matches, you can put your coins on the line and fight for the prize money!

PLAYER AND RING CUSTOMIZATION
Make a name for yourself by creating and customizing your own fighter with a variety of different hairstyles and attire colors. Choose the colors of your boxing ring canvas, ropes, and poles.

FIGHTING SKILLS AND STATS PROGRESSION
Mold your fighter by upgrading six different stat ratings that dictates your performance in the ring. Earn experience and level up to unlock new unique boxing abilities that can give you an edge over your opponent.