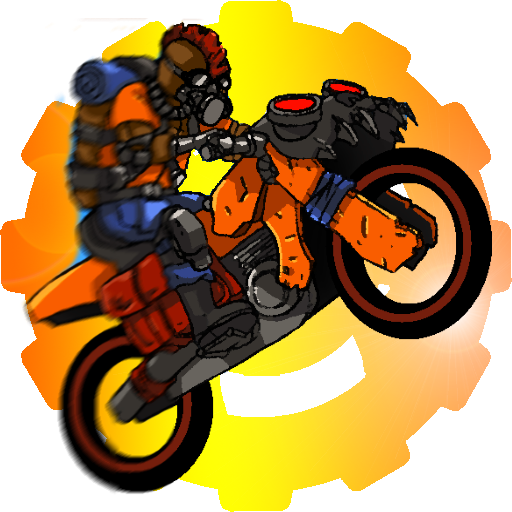 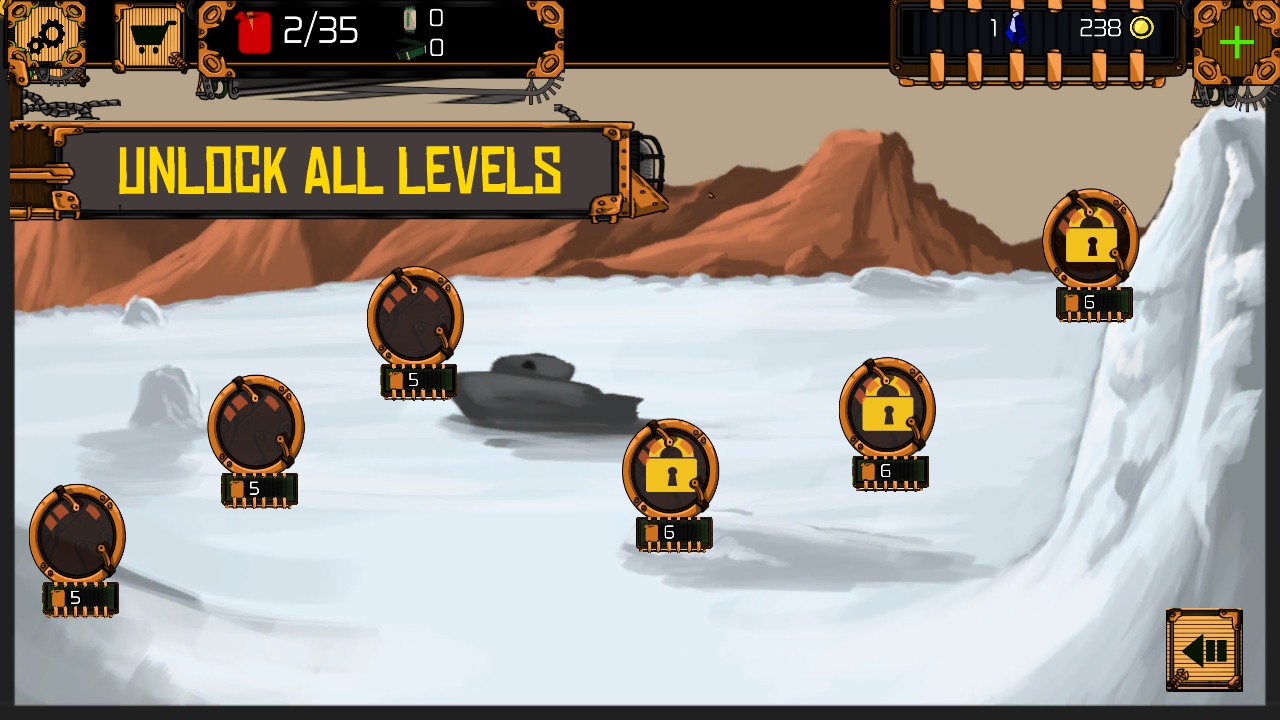 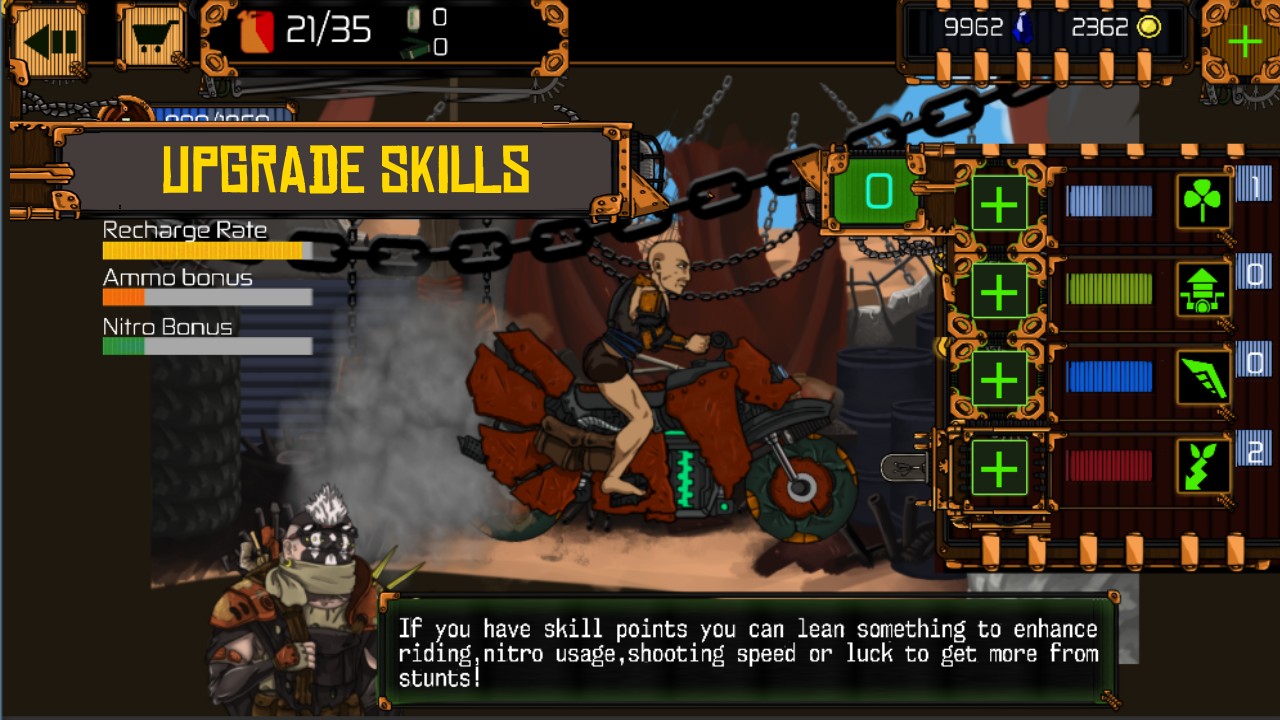 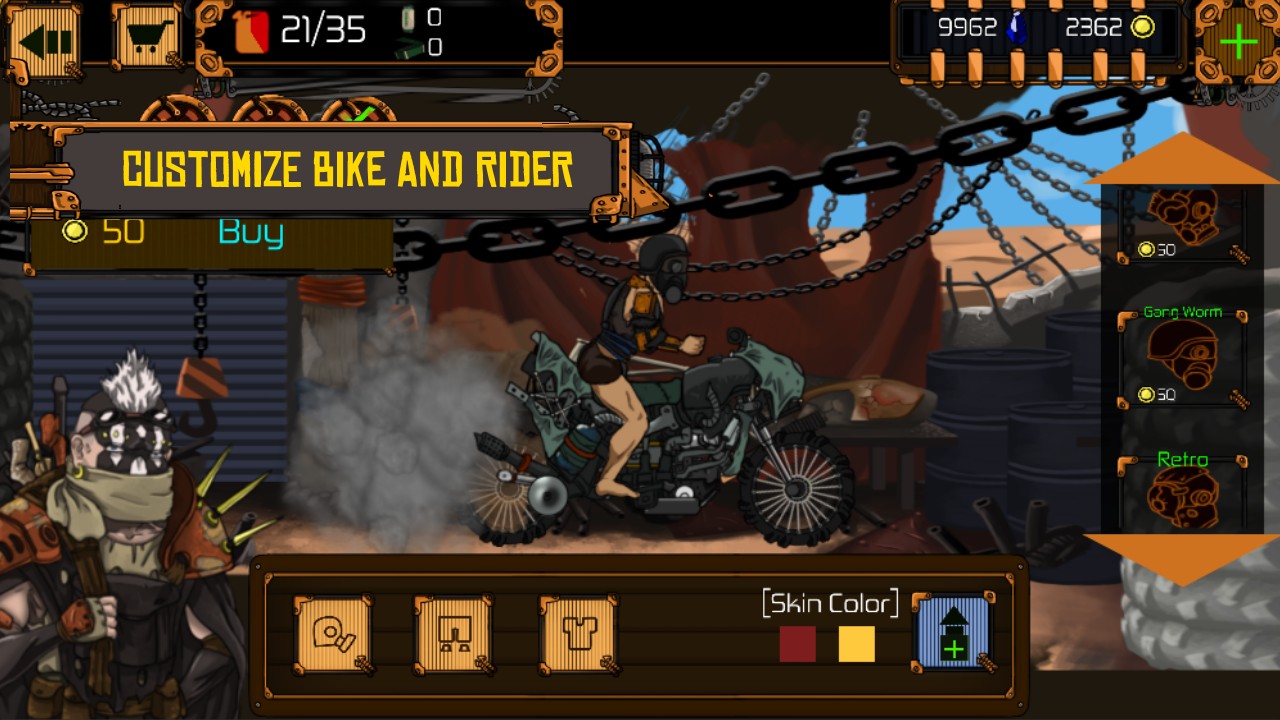 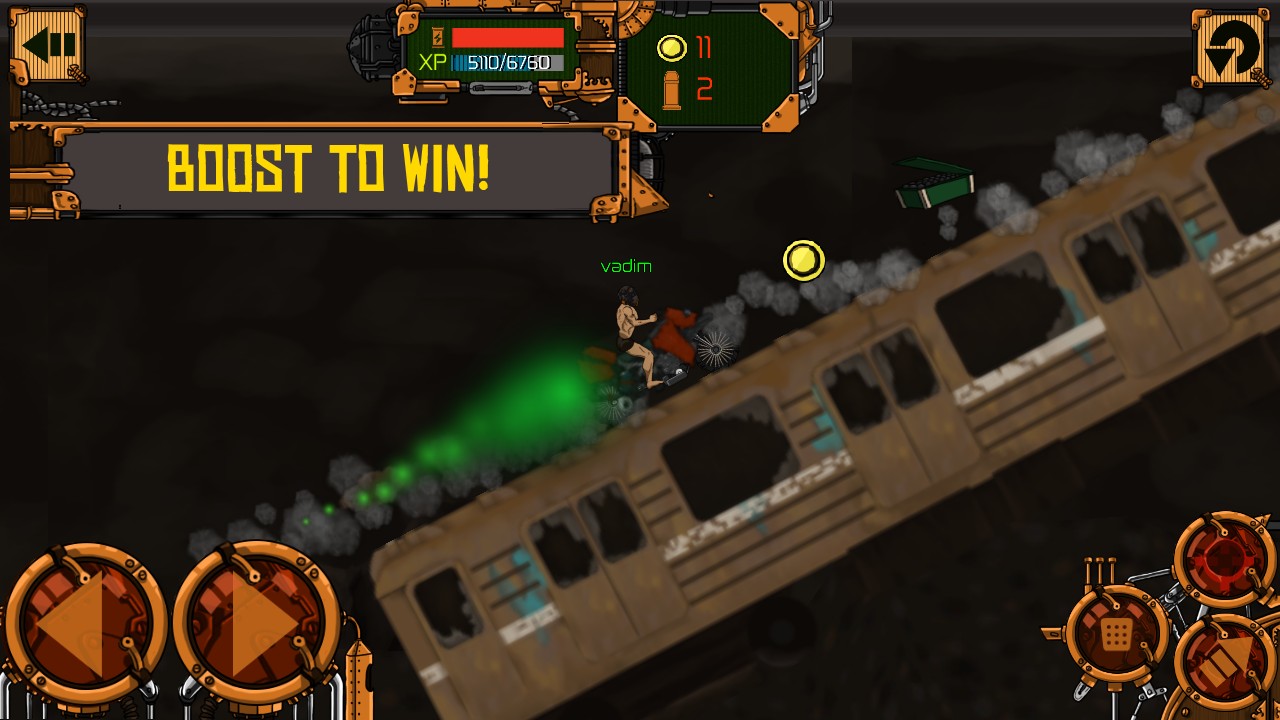 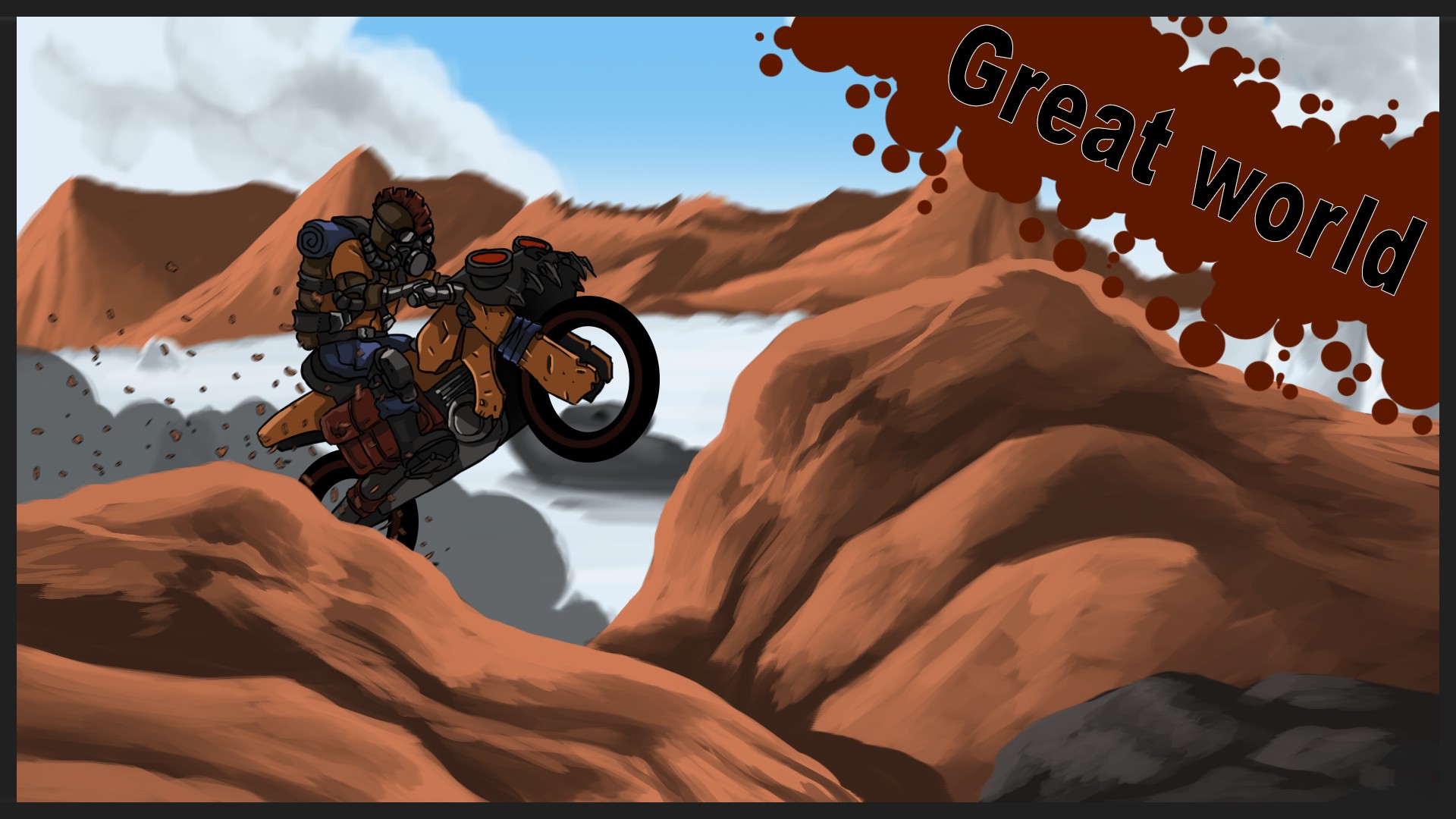 Do you like racing games on moto bike? Or racing adventure game?Or What about racing games with physics? How about simulating extreme driving or off-road racing on cars and trucks with hill climbing ? A game with the destruction of machines or just an action packed game with shooting and explosions to drive ahead from enemy forces? If you like this, you will also like our game Nuke Bike (Nuclear Bike) race on motorcycles and heavy moto bike!

In this bike racing action game, the whole adventure takes place at huge speeds in post apocaliptic world on tricky bike and heavy combat moto cycle bikes: you have to destroy other motor cycles and an enemy bike on the road to the top of the hill so that your own bike does not blow up or crash into the obstacle! You can collect improvements and bullets and shoot at enemies, or you can just press the pedal into the floor, enjoy the game of racing on customized bike and outrun all using nitro and performing a twinkle and somersault! But do not rush - wait! Do not you think it's that simple? Earn additional points by jumping from the hill and performing cool stunt while hill climb ! Flip forward ! Flip back ! Barrel Roll ! You can master em all or combine in combo ! Be the awesamium stunt maker in you streets! With a good pumping of luck, you have every chance to get money for them, experience and nitro! The steeper the stunt race - the more valuable the prize at the end of the extreme race, you will get and the merrier will be your adventure in the world of racing in nuclear and extreme motorcycles! In a seemingly desperate situation - do a trick and drive ahead on the post-war world to meet your goal - the military project - World X! The last refuge of good people! Do not be afraid of enemies and go up the hill!

• Overtake other fast pumped motorcycles that will try to destroy you on the way to the goal!
• To increase speed, collect nitro, do cool tricks, remember coins, and pump the hero!
• Perform coups and tricks to become a recognized stunt man, known to all the streets!
• Do not be afraid to burn rubber and a motor and try not to die in the most severe motorcycle races up the hill!
• Get the crystals for the victory - be the first at the finish!
• Go into the garage mood and sum up the motorcycle to your liking in the style of steampunk!
• Get free crystals in the store (click plus on the menu)!
• Get the advantage at the start - buy ammunition and nitro!
• Unlock all six locations and learn the story of a nuclear bike by watching comics!
• Striking physics
• Easy operation
• Collect more coins and buy improved tales
• Do not be afraid to burn the rubber and try not to die in the toughest race up the hill!

If you like racing, then this crazy exciting game will surely conquer you. Remember: only the strongest survive, so destroy the other tales and leave them far behind!
Play the toughest and fastest game on the net: fast bikes and xtreme racing on moto bike are waiting for you! Drivers "... start your engines! " and drive ahead the nuke world !