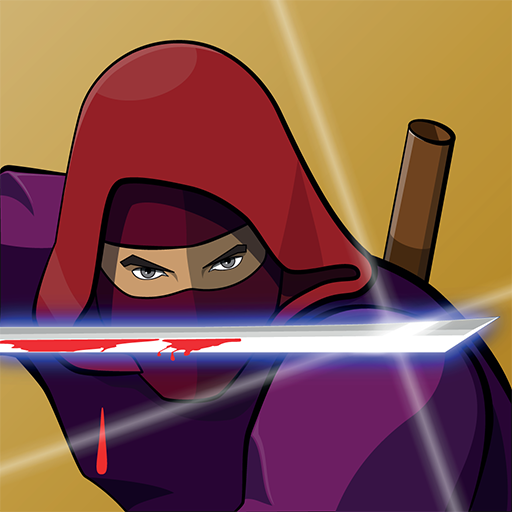 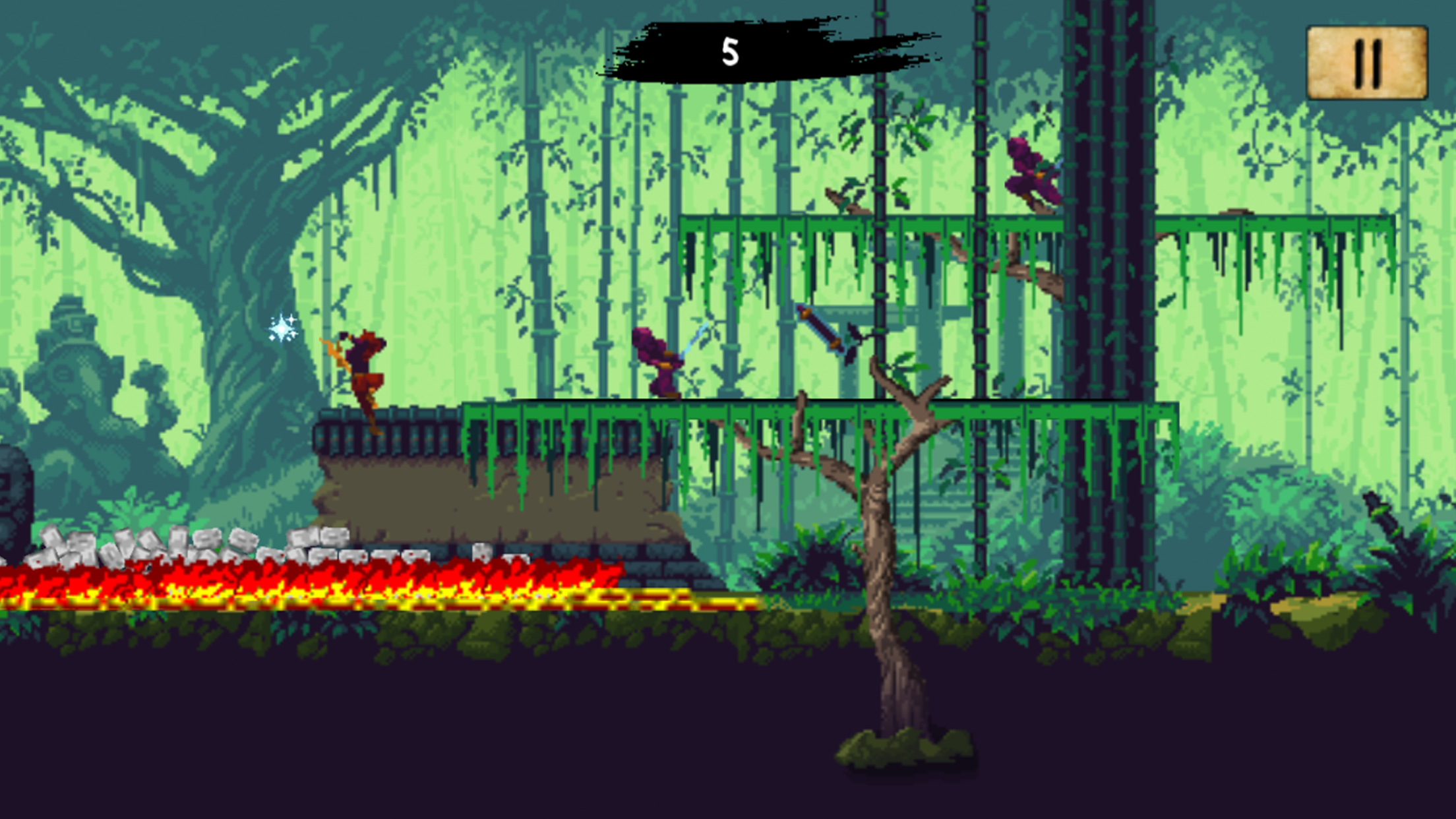 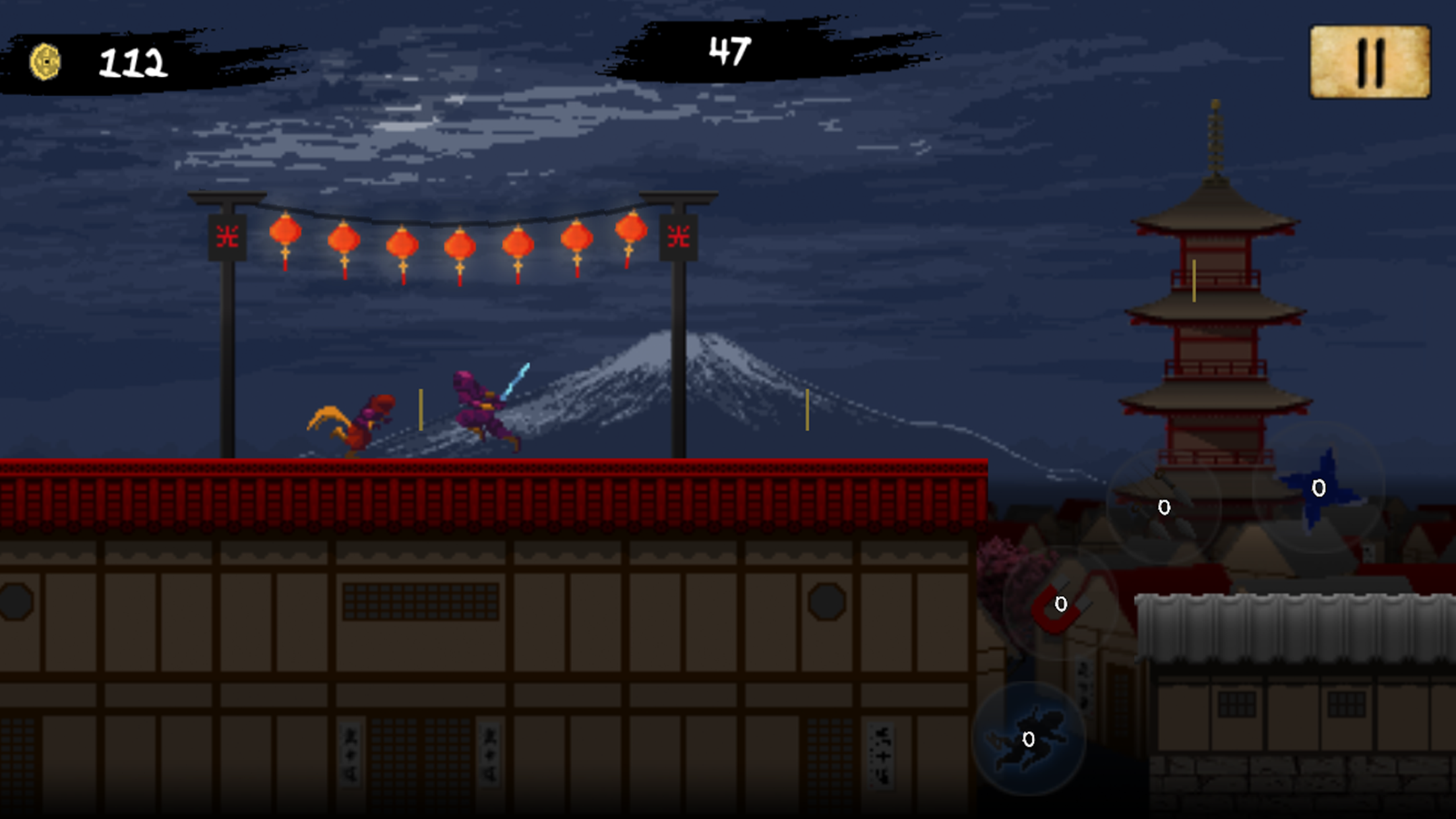 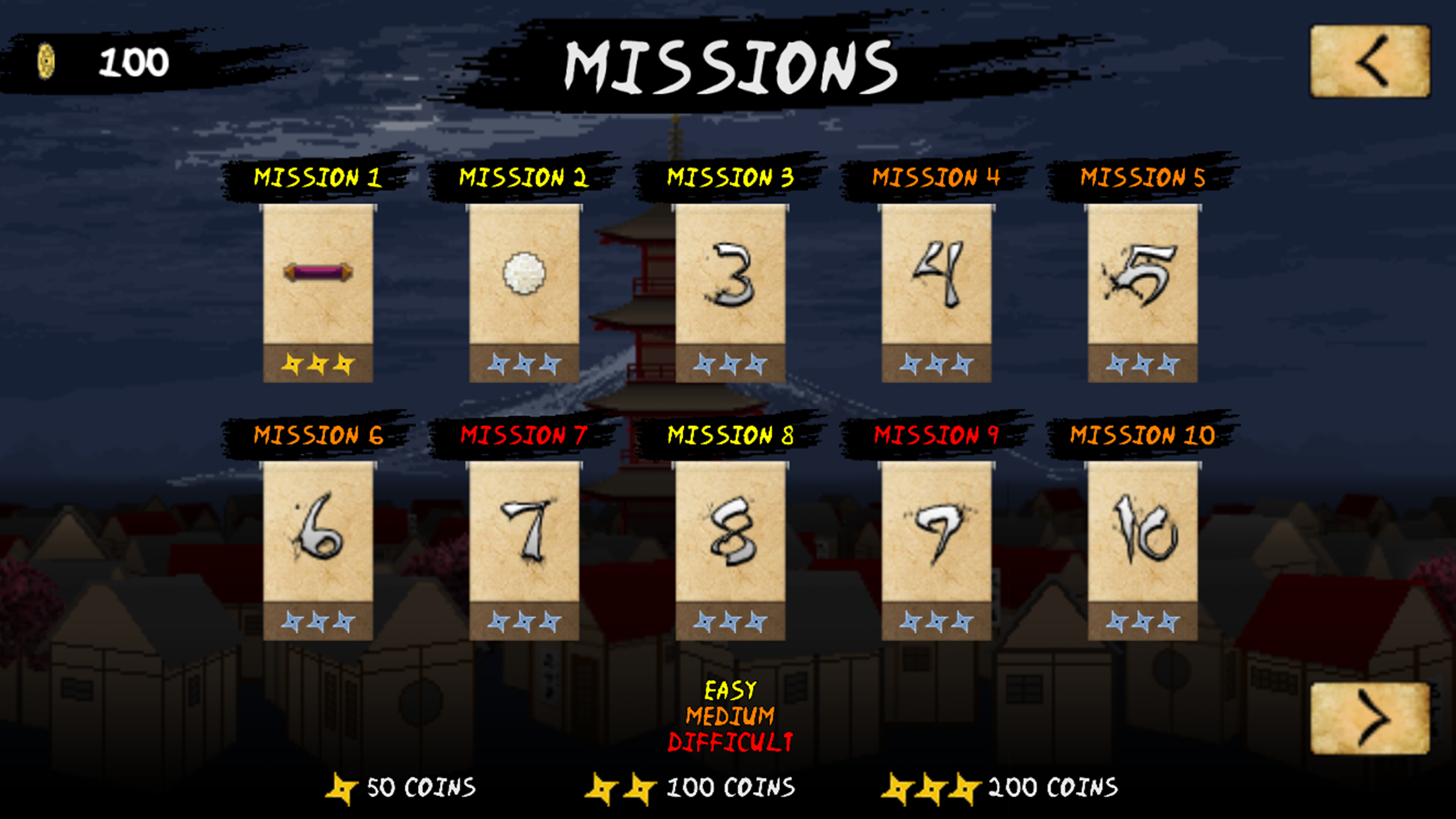 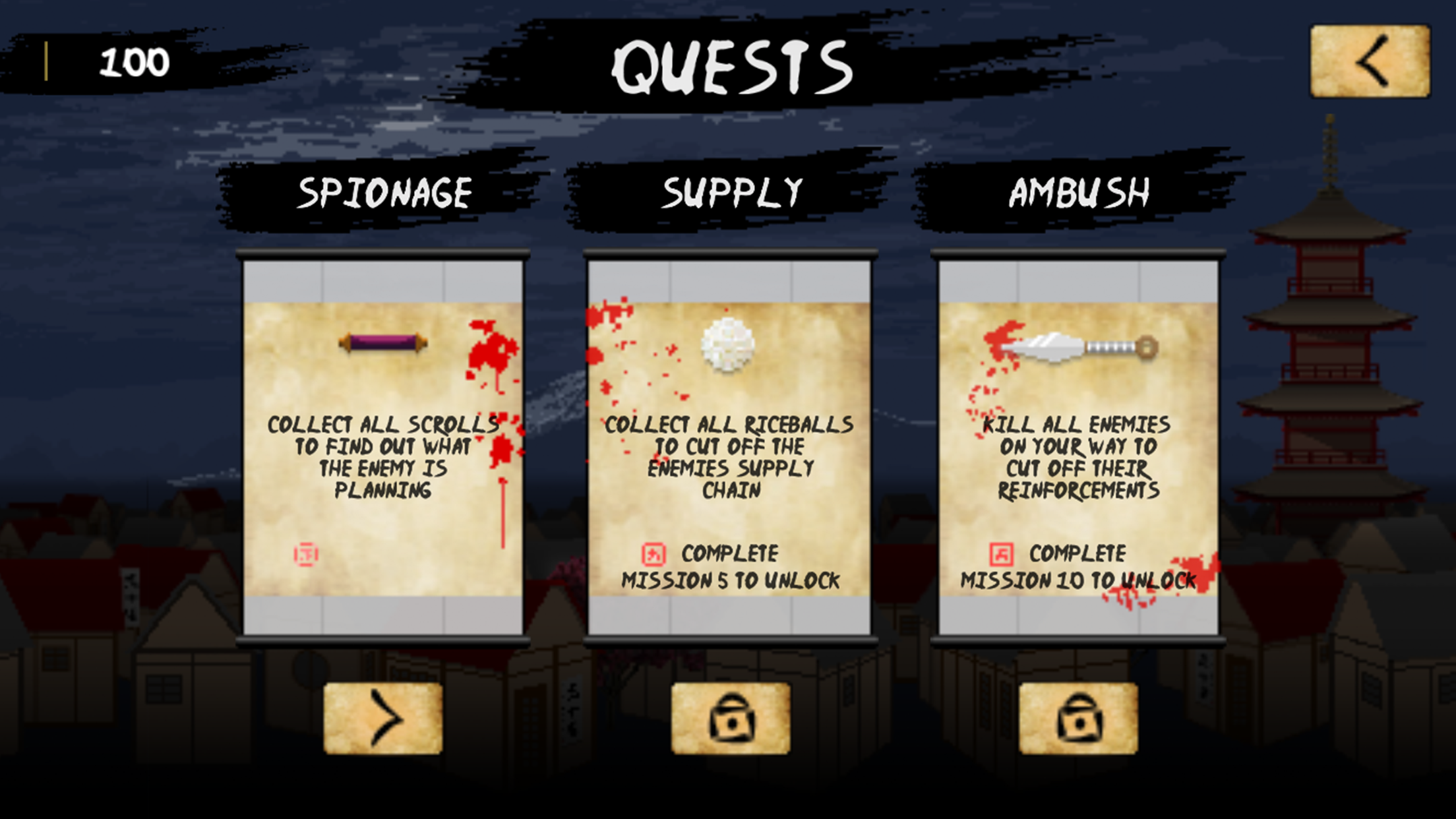 You are contracted by the Tokugawa Shogunate Government to fight the last sprawling armies of the House of Toyotomi.

Use your skills to swiftly rush through 40 intense missions in the pixelated forest and city rooftops, collecting scrolls, riceballs or just simply slashing fierce enemies! Use Power-Ups strategically, as well as your long range weapons!

Complete the secret quests of the Ninja: Spionage, Supply and Ambush in Easy, Medium and Difficult to satisfy your greed for gold.

At last compete with other Shinobis in the Endless Mode and show them that you are the best!

Download Ninja Scroller and enter the unforgiving world of the Ninjas.