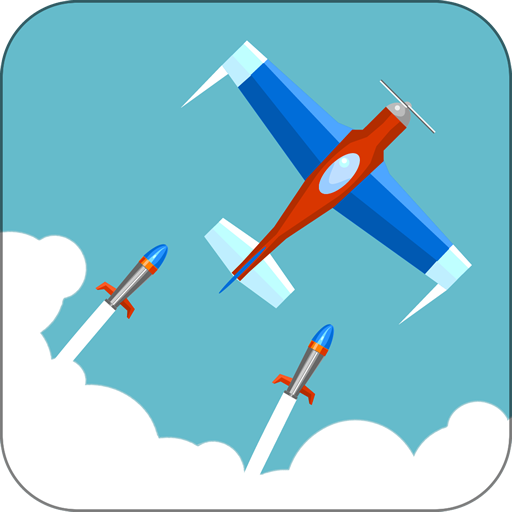 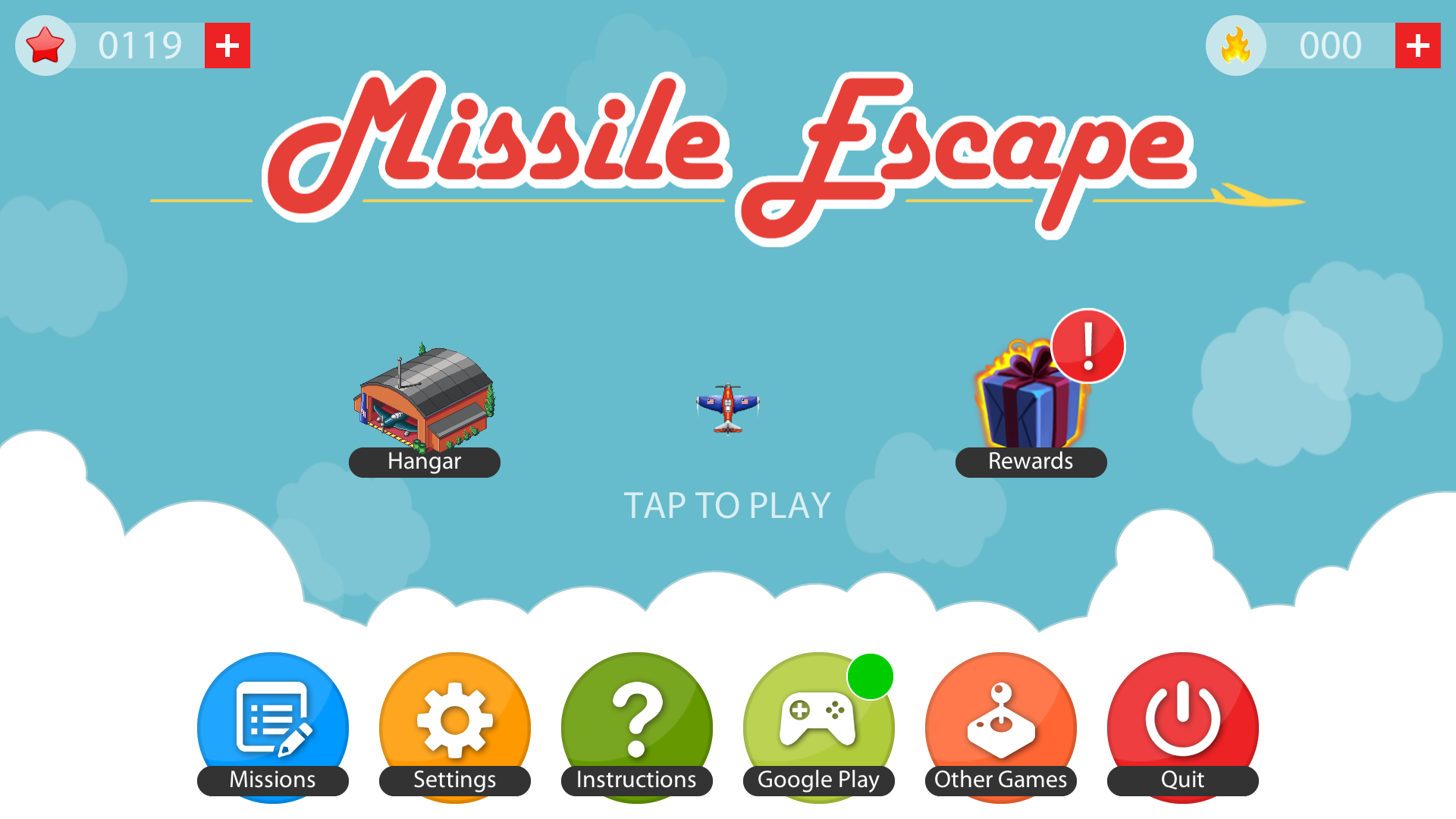 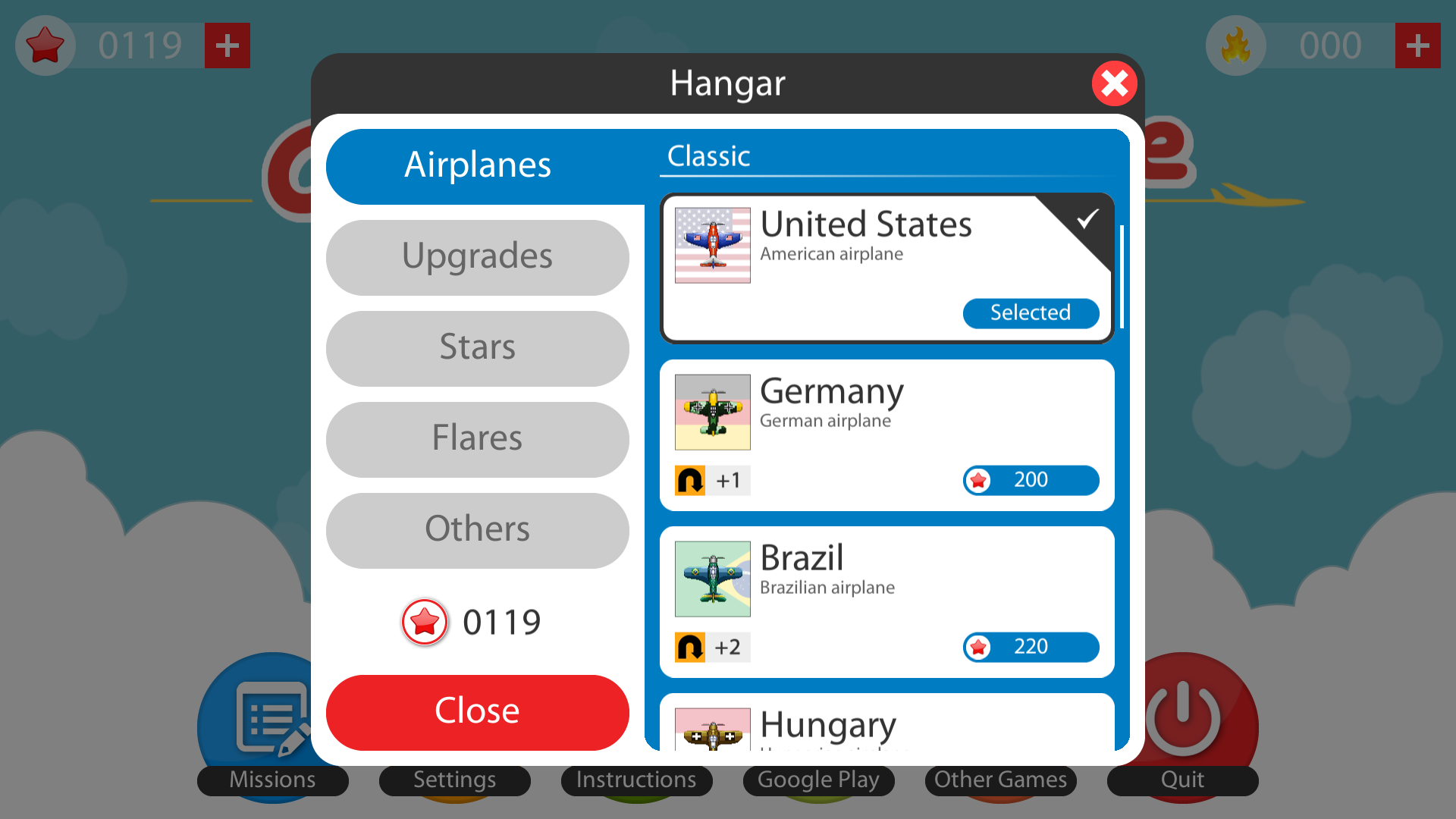 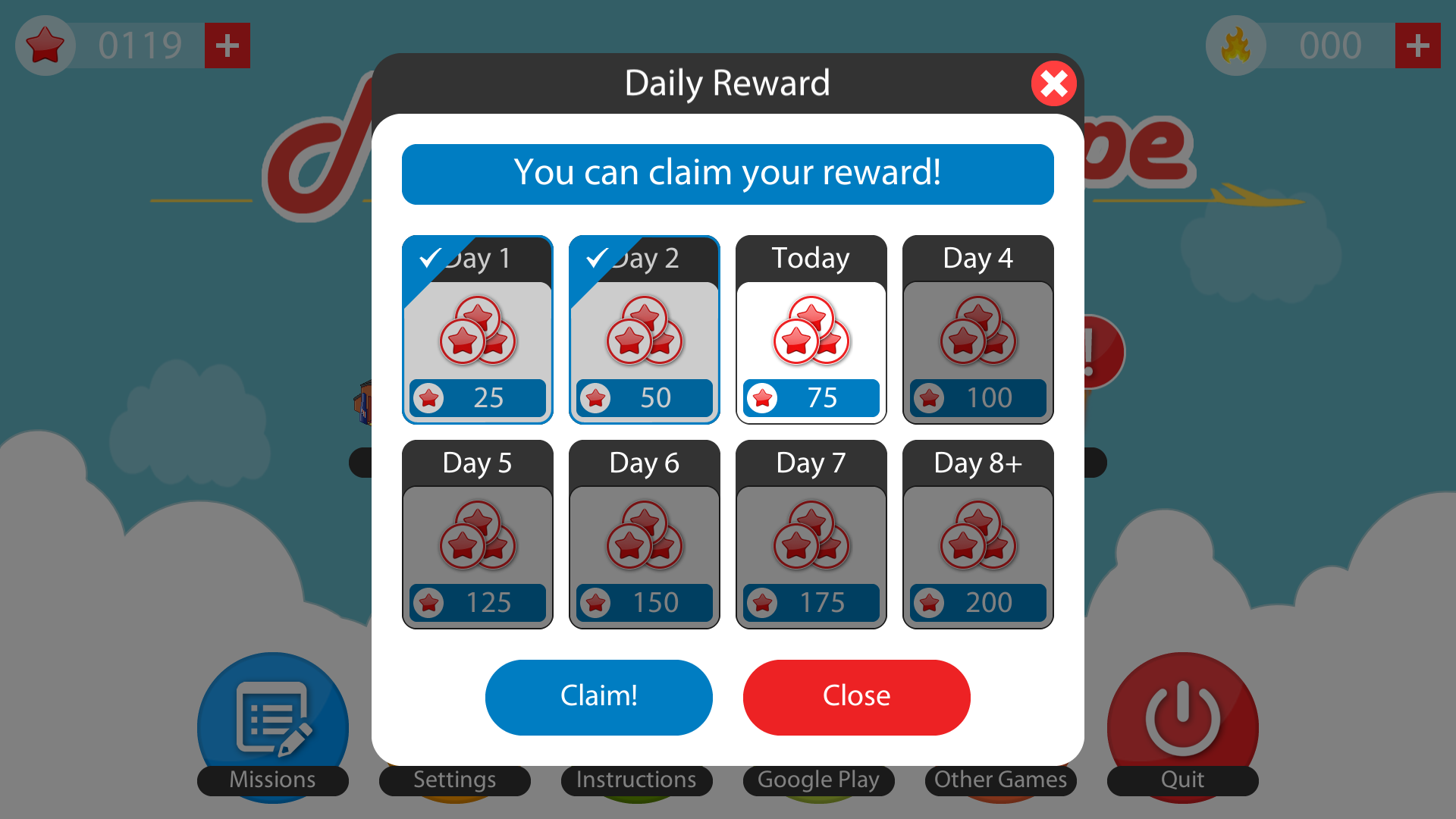 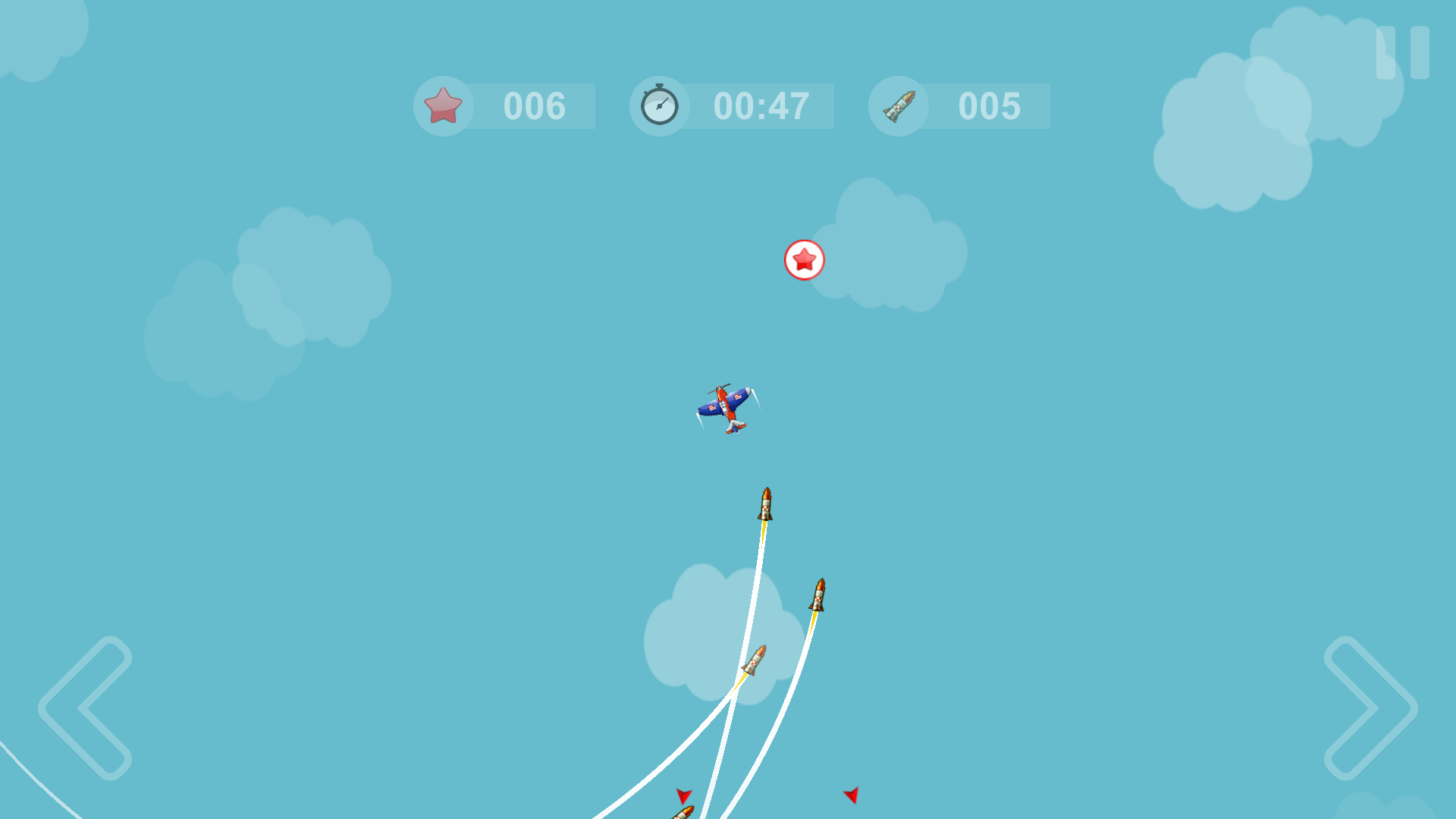 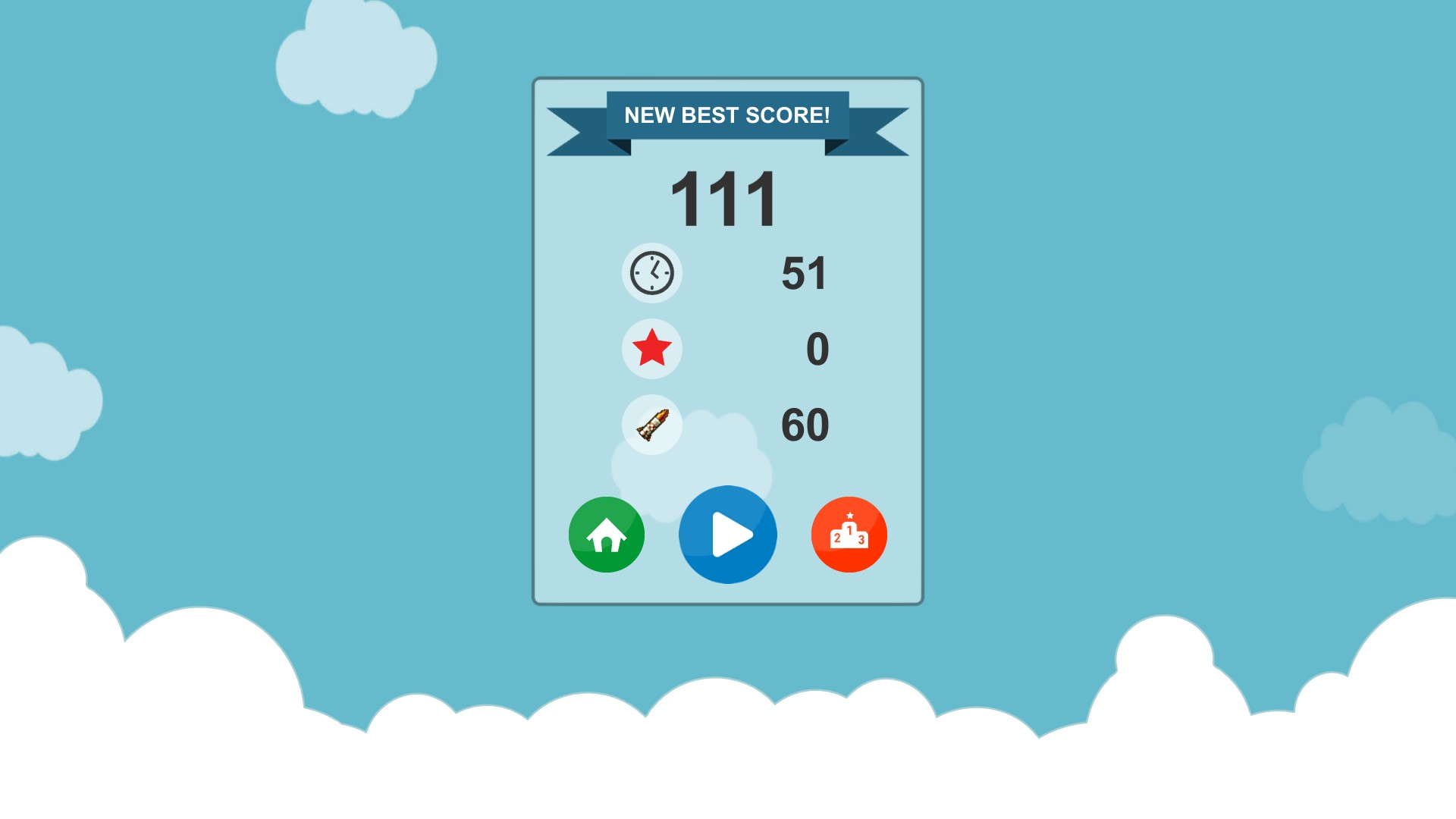 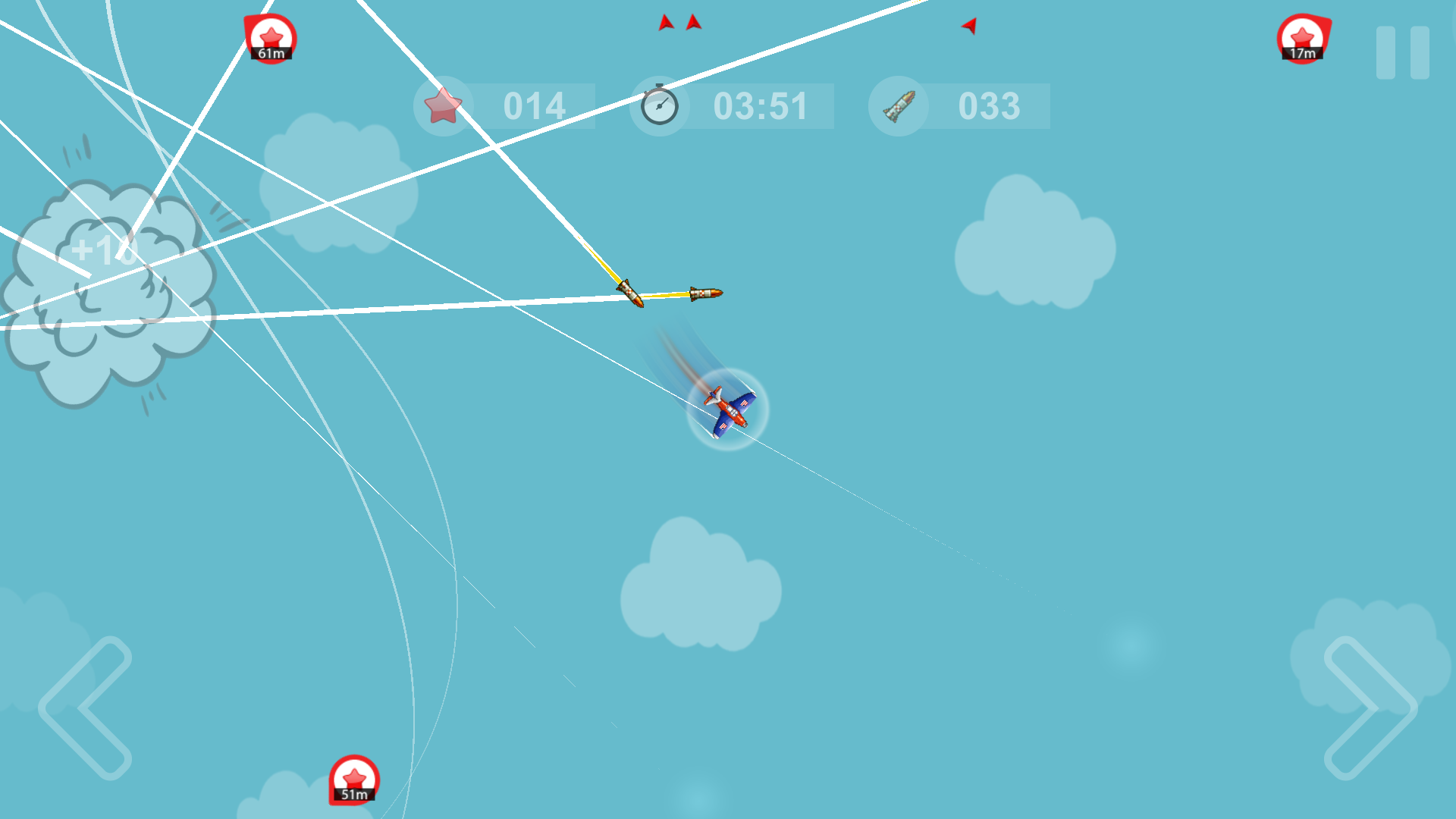 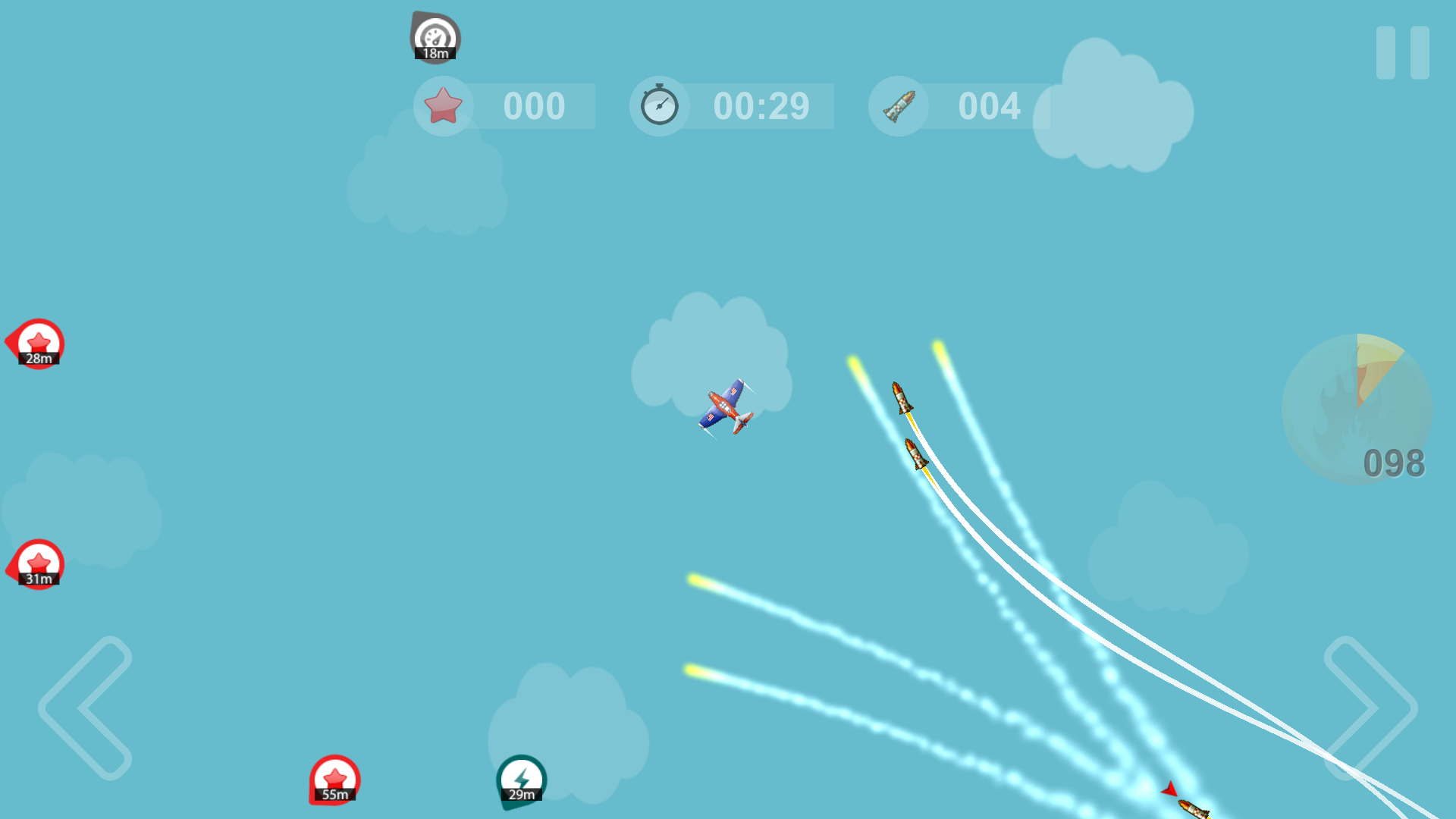 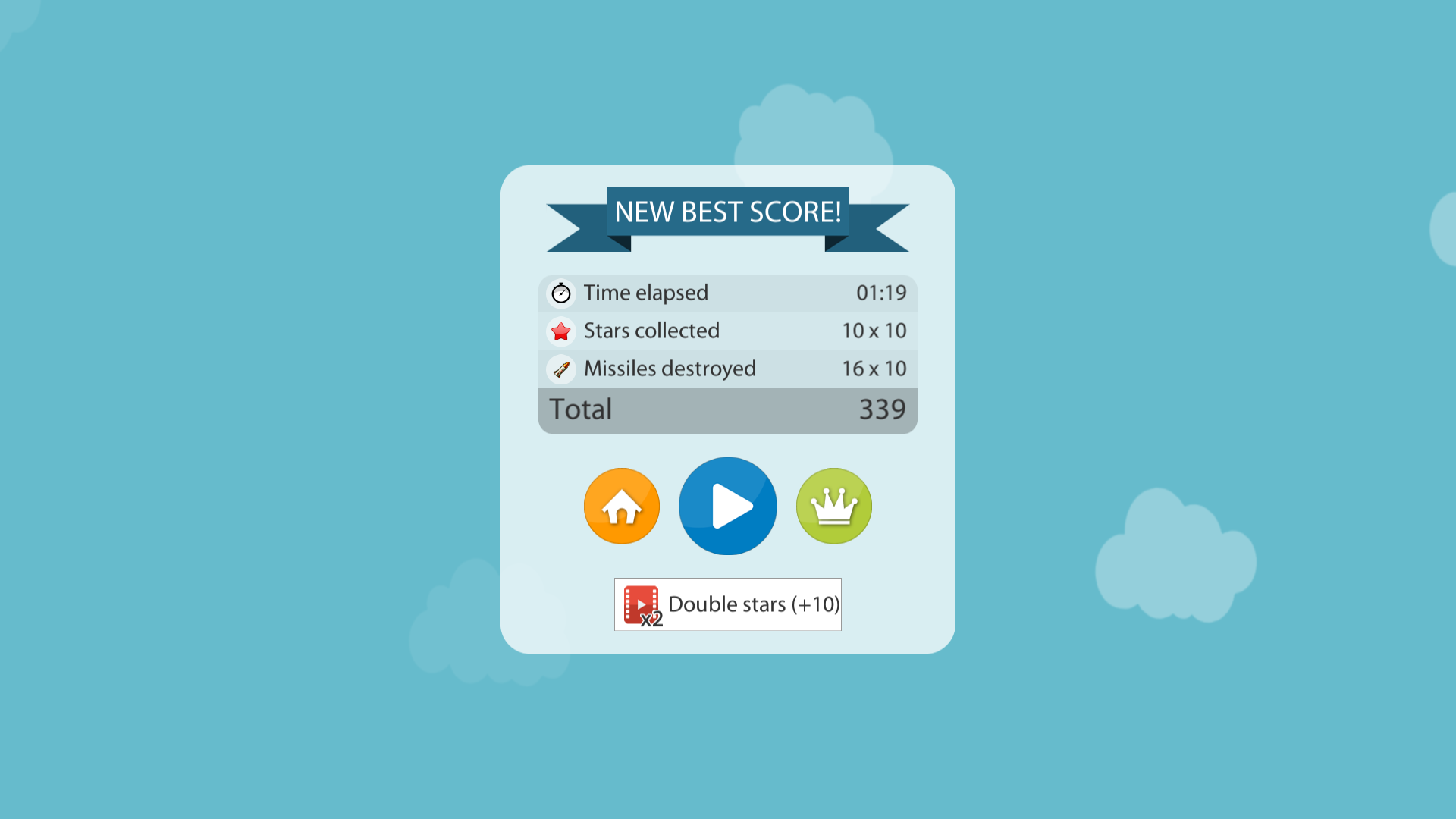 Missile Escape is a simple, fast paced and addictive game where your mission is to dodge all homing missiles that comes towards you with one single objective: shoot you down!

Use the simple control to fly your plane and avoid the missiles. Make them collide with each other and collect stars to increase final score.

Missile Escape features:
- Control the airplane touching left and right portions of your device's screen;
- Collect stars to increase the final score;
- Make the missiles collide with each other to increase final score;
- Survive as long as possible to stay at the top;
- If one or both of the airplane wings has been hit, you can try to pick up the tool powerup icon to fix your plane and win a second chance;
- Compete with other players on Google Play Leaderboards;
- Free game, supported by ads.

Missile Escape: Escape if you can!