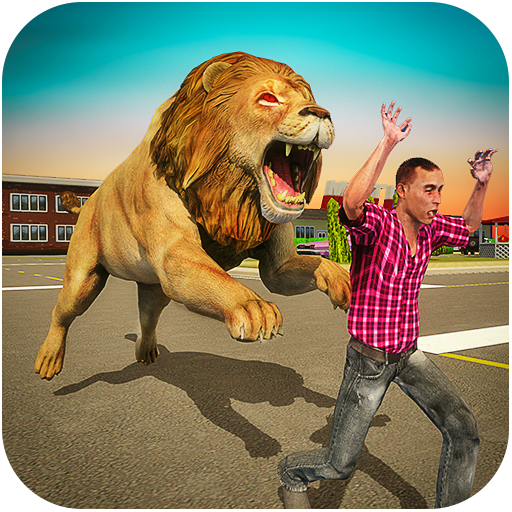 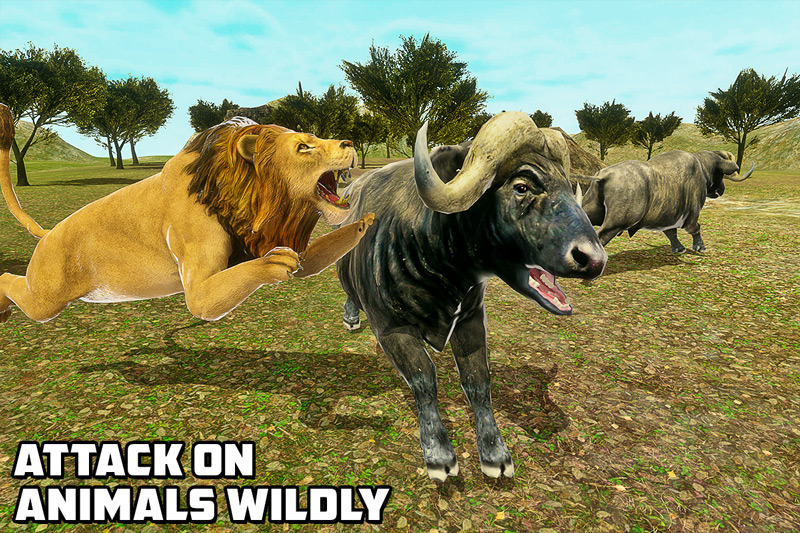 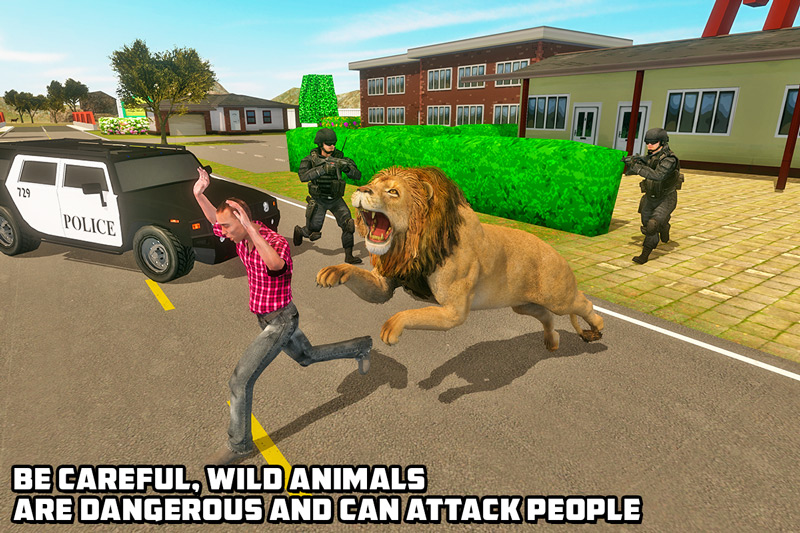 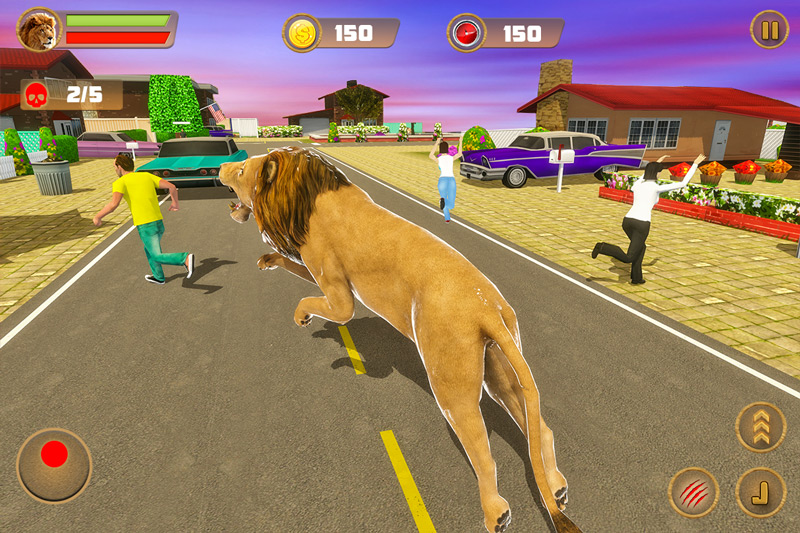 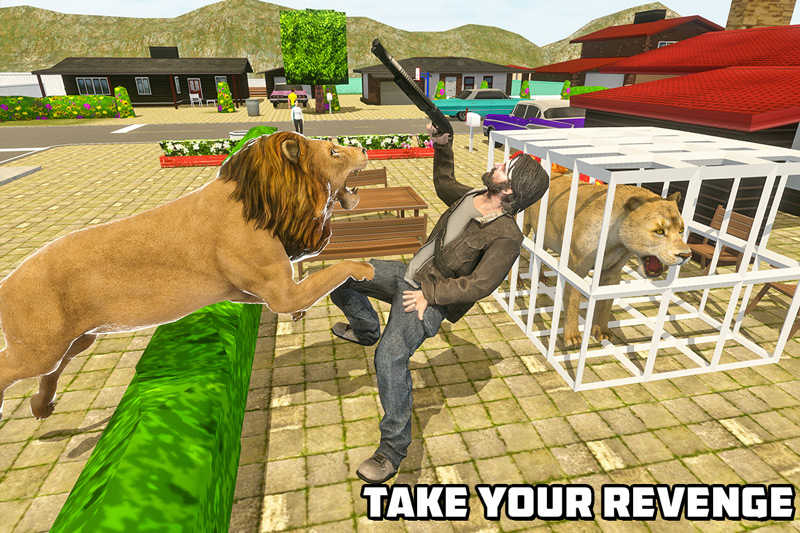 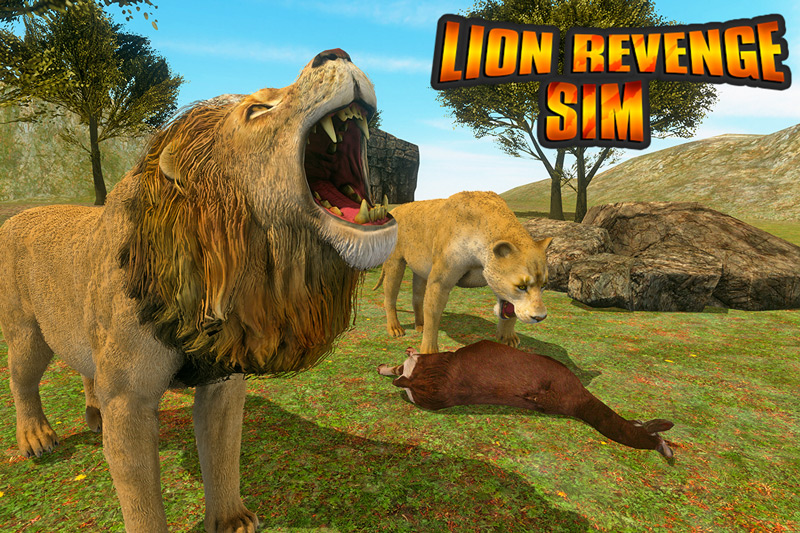 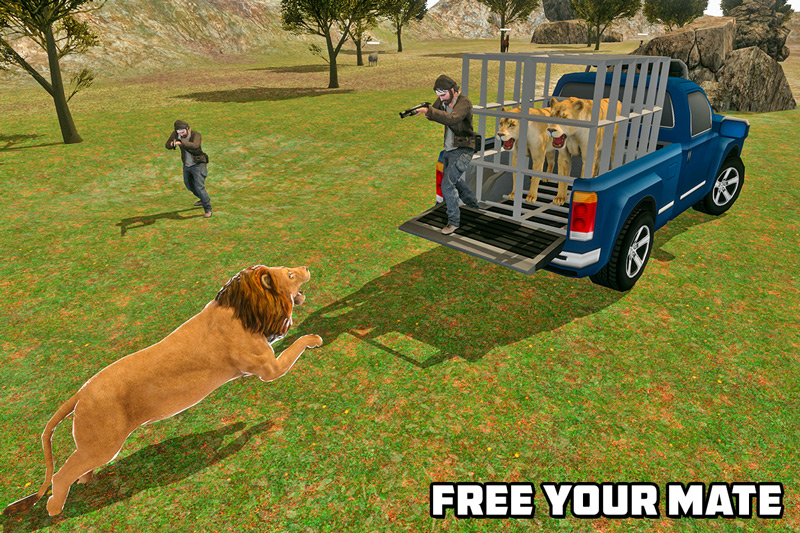 Angry lion attack & revenge story! Wild lion is on the loose, the city is your jungle. Run as fast as you can with those powerful legs. Release your mate from cruel hunters after deadly city battle in angry lion attack game 3D. Take control of a wild lion that pounces and attacks its prey. Angry lion revenge 2019, leap into a thrilling new adventure as a ferocious lion and hunt ruthlessly. You are made to slay and rule in lion fighting games. You have to be ruthless hunter to your prey with lion simulator. Hunt human or animals and release your mate from city hunters equipped with spears, sniper rifles, guns & ammo in lion city attack game with the best of lion survival simulation.

Lion simulator games 2019 were never been so electrifying. This angry lion city attack sim you will be the biggest carnivorous cat and start hunting around the town streets. Unleash the wrath of mighty beast in the city – chase citizens, other wild animals, attack cars and trucks and create ultimate city destruction! Be the most brutal predator but beware human warfare – tanks, helicopters even usual assault rifles or revolvers of ordinary police cops may be shoot you. Hunt or be hunted in this lion attack game. Forget lion vs tiger games and play this latest lion attack in city game which is complete entertainment. In this angry lion rampage simulator, keep alert all the time and maintain your lion’s health, energy and hunger rate to survive and have fun with Lion simulator city attack RPG survival.

Hunt down the whole town and become a disaster for the city with lion fighting games. Play as a ferocious lion that has a mission to find and kill all the hunter & enemies! Pounce on the other animals and people for survival and find your imprisoned mate to complete the revenge mission in lion simulator game. If too many police attack on you, just roar and attack back to stun the town. Crush and smash vehicles with extraordinary lion vs man game. This animal simulator game also provides the ability to modify your lion. Customize and pick your favorite texture, collect power ups to keep higher your health bar. Wild animal city attack simulator, be an ultimate lion and feel like a powerful predator – the king of savanna that has to find itself in urban city.