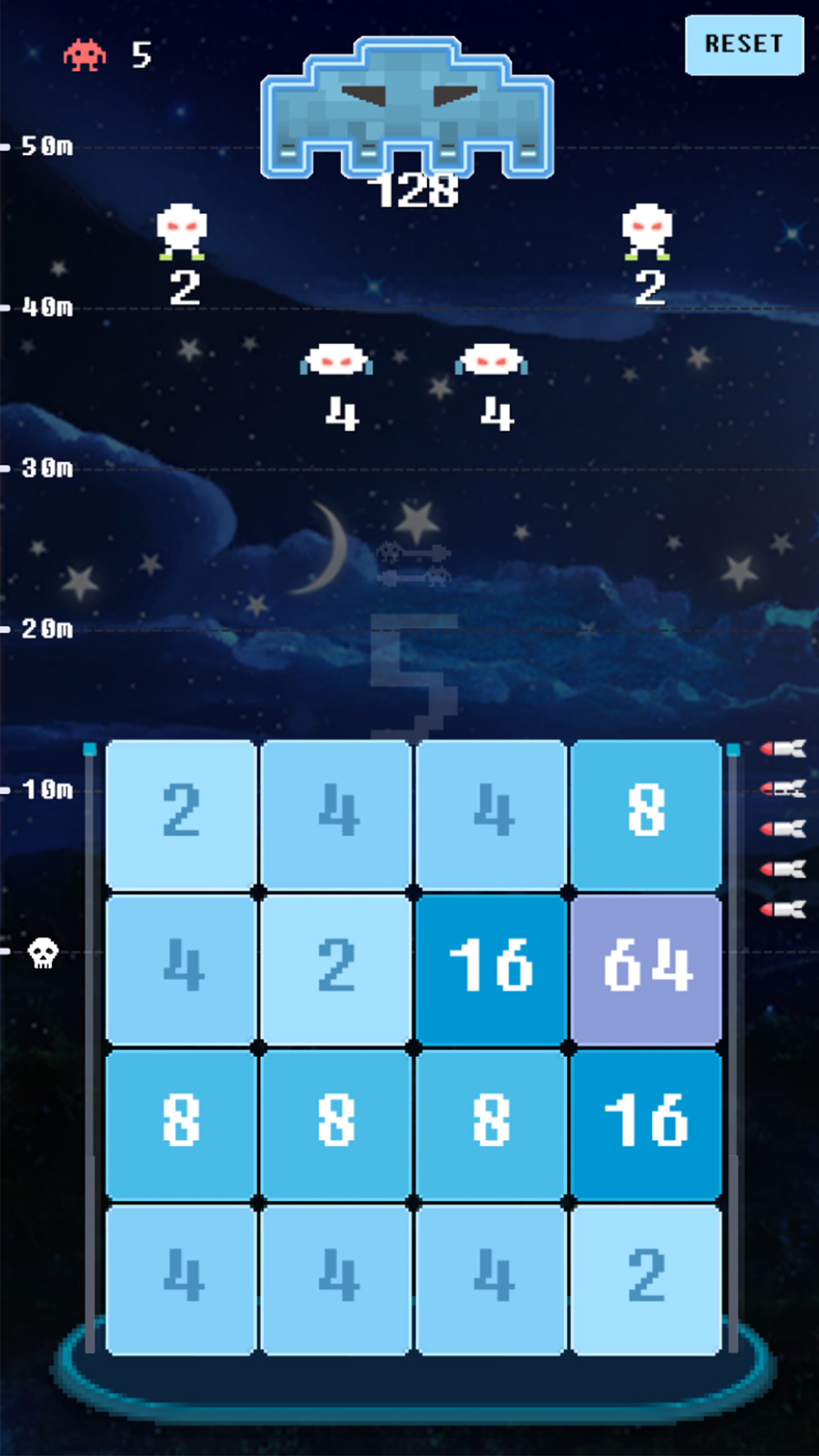 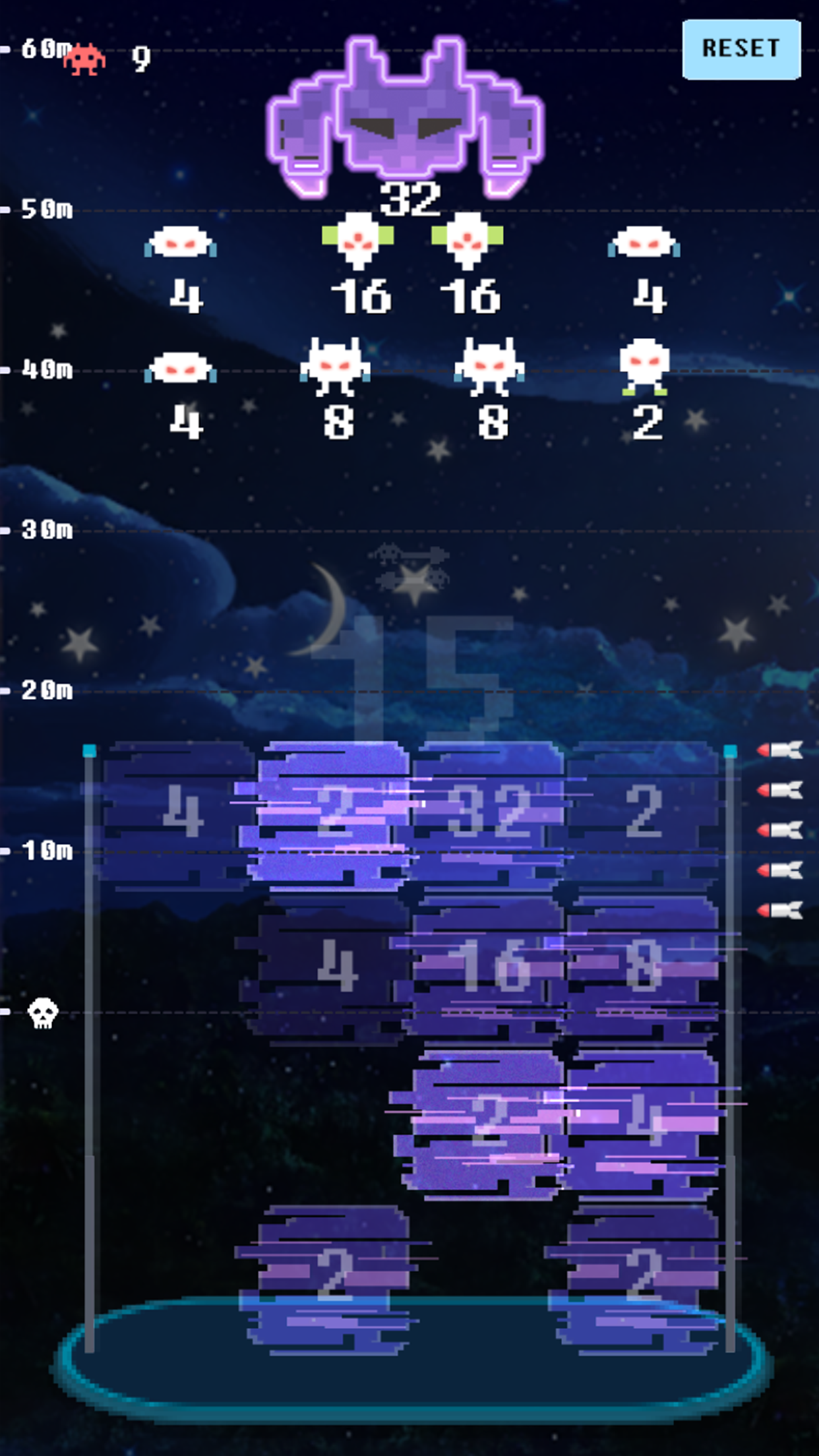 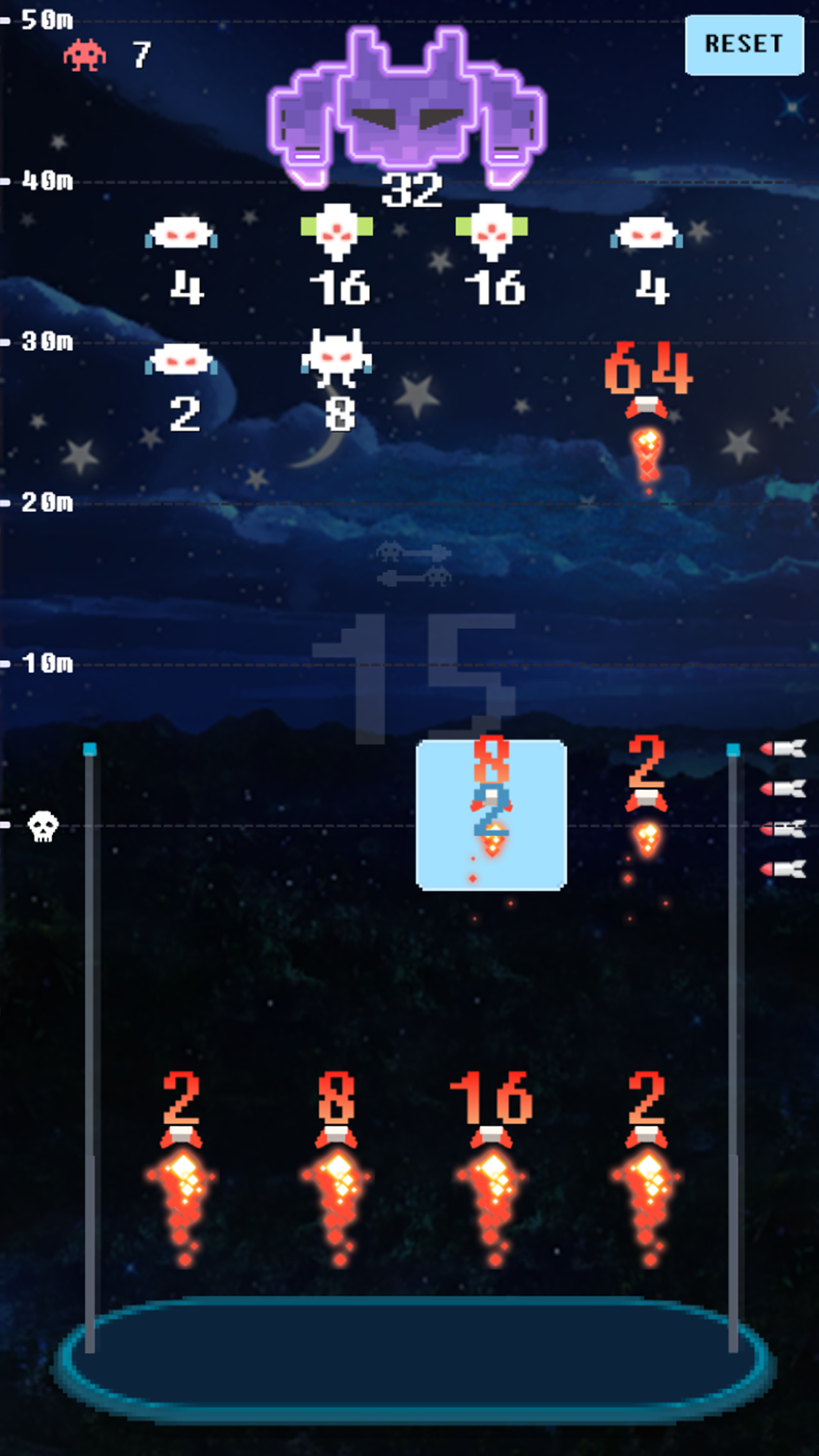 Merge the same blocks to build higher missiles and experience new invaders on the way.

-Invaders 2048 is a fixed shooter in which the player mergers the 2048 tiles to make missiles by moving it horizontally or vertically.

-Players can choose to fire and attack when they wish by long-pressing the number tiles.

-The aim is to defeat the rows of space aliens slowly moving down the rows.

-Players defeats space aliens and bosses and allow to play the next level.

-Each invader boss has unique skills that get in the player’s way.

-As more space aliens are defeated, the game’s music speed up.

2) Are big fans of the Classic Space Shooting Games

4) Are tired of the same free games

5) Are looking for a new experience

7) Only keep games worth playing

-Swipe numbered blocks to merge them

-Find the right time to shoot them all

-Defend your kind from space invaders

The objective of Invaders 2048 is to make missiles and destroy alien enemies.

The game ends when the aliens reach and invade our area.

Different alien bosses have unique skills that are more challenging.