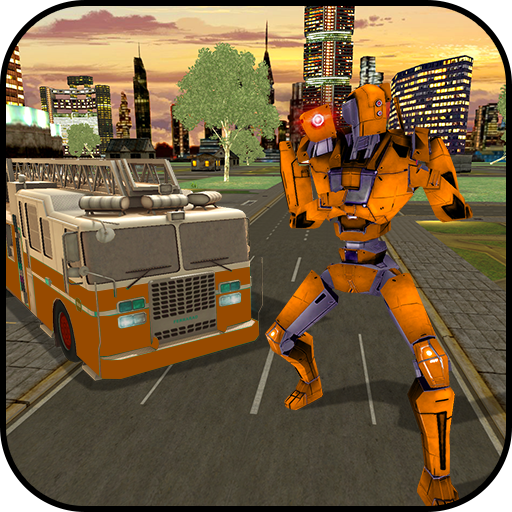 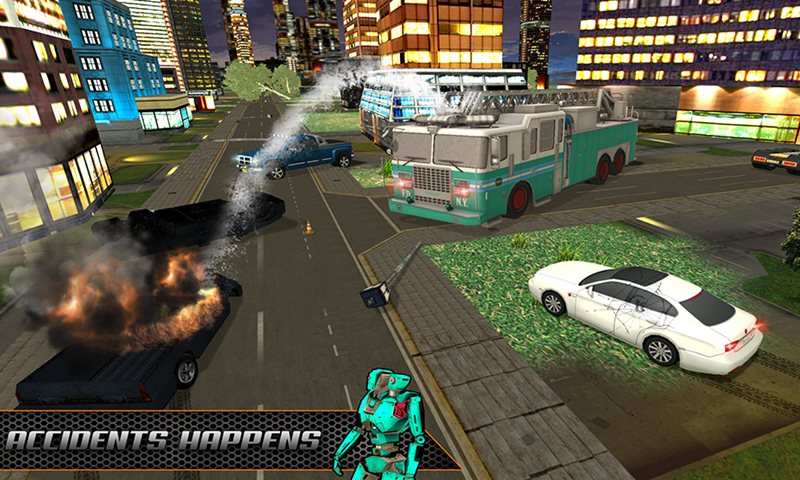 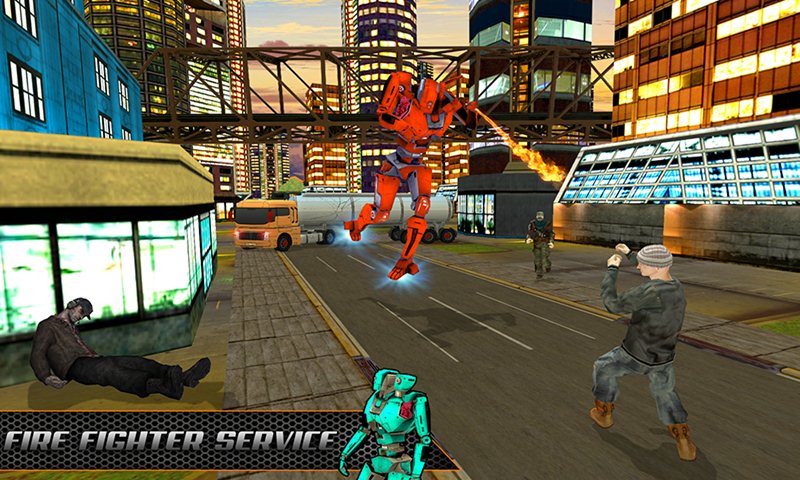 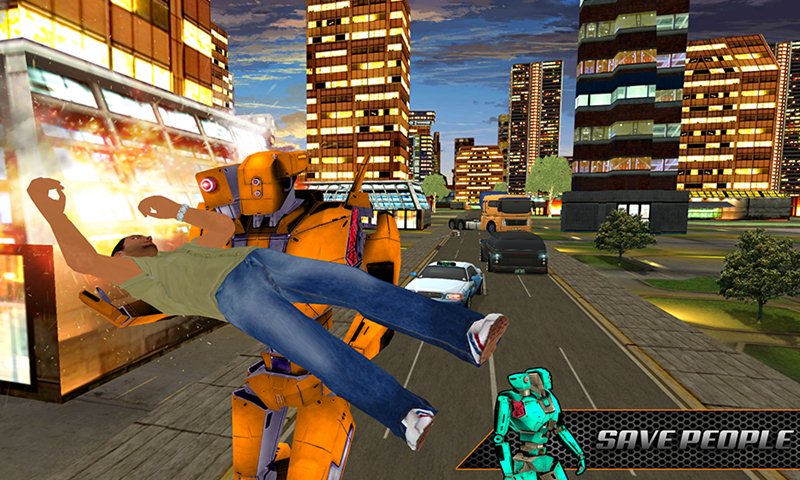 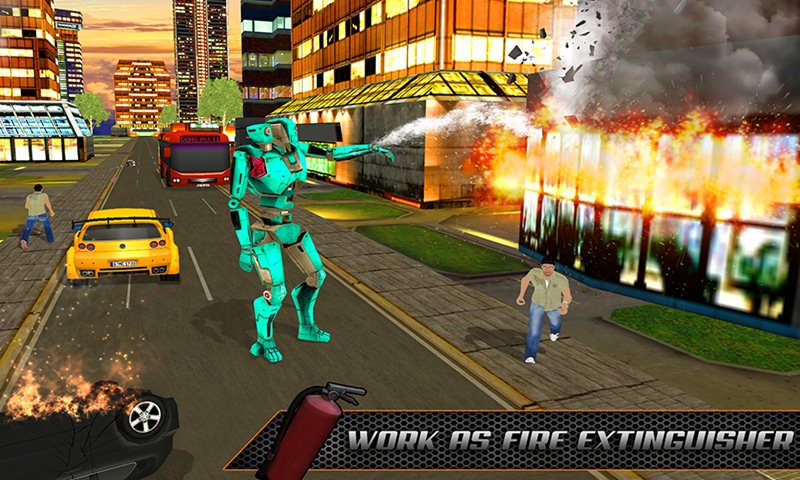 FIREFIGHTER ROBOT TRUCK RESCUE SURVIVAL is an action game with interesting gameplay where you play as firefighter robot and save the civilians from risky blast. Dark night in grand City, you encounter a building in flames. You are a daring firefighter robot, and your duty is to rescue civilians in city. Firefighter robot wandering in the city and rescue the injured peoples. Avoid harsh traffic and keep pedestrians safe. Use your fire truck driving skills to avoid hitting with city vehicles. This firefighter robot simulator contains several thrilling rescue missions in different city locations. Dangerous city gangsters kill the innocent peoples with the help of classic weapons. You become city savior, save the peoples from these gangster and unpleasant accident. Thrilling missions are ready to blast the game in gaming world and enjoy these rescue missions in this action game.