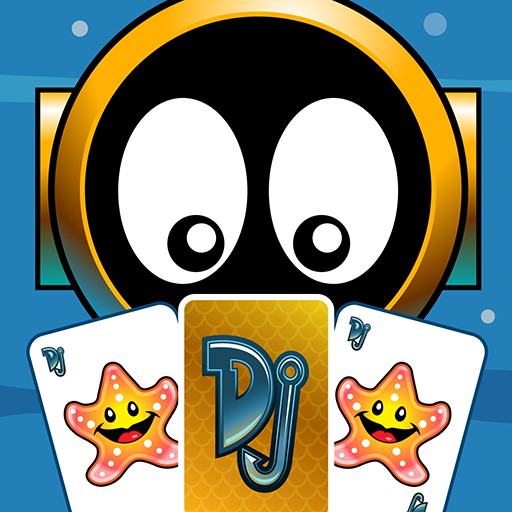 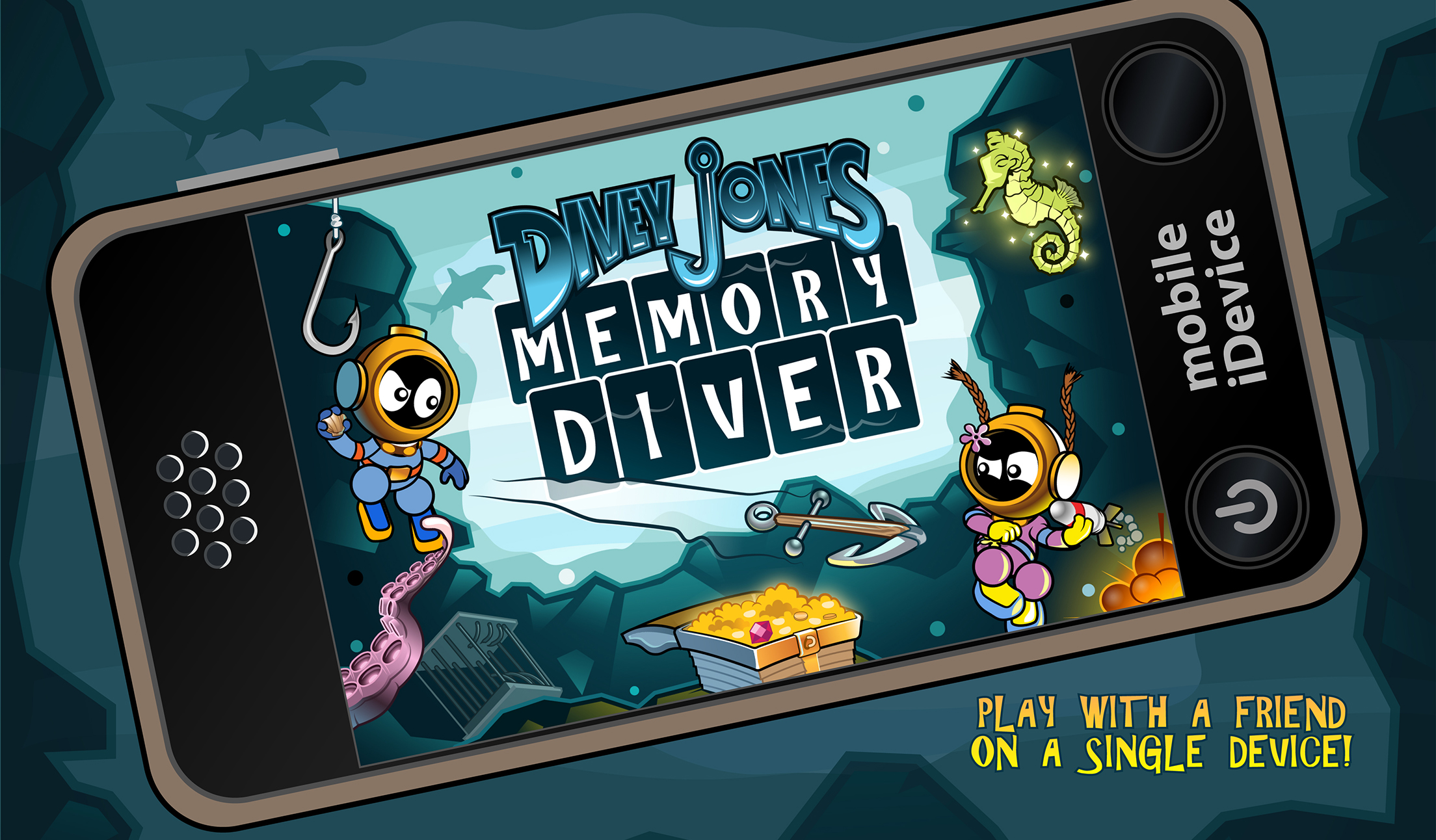 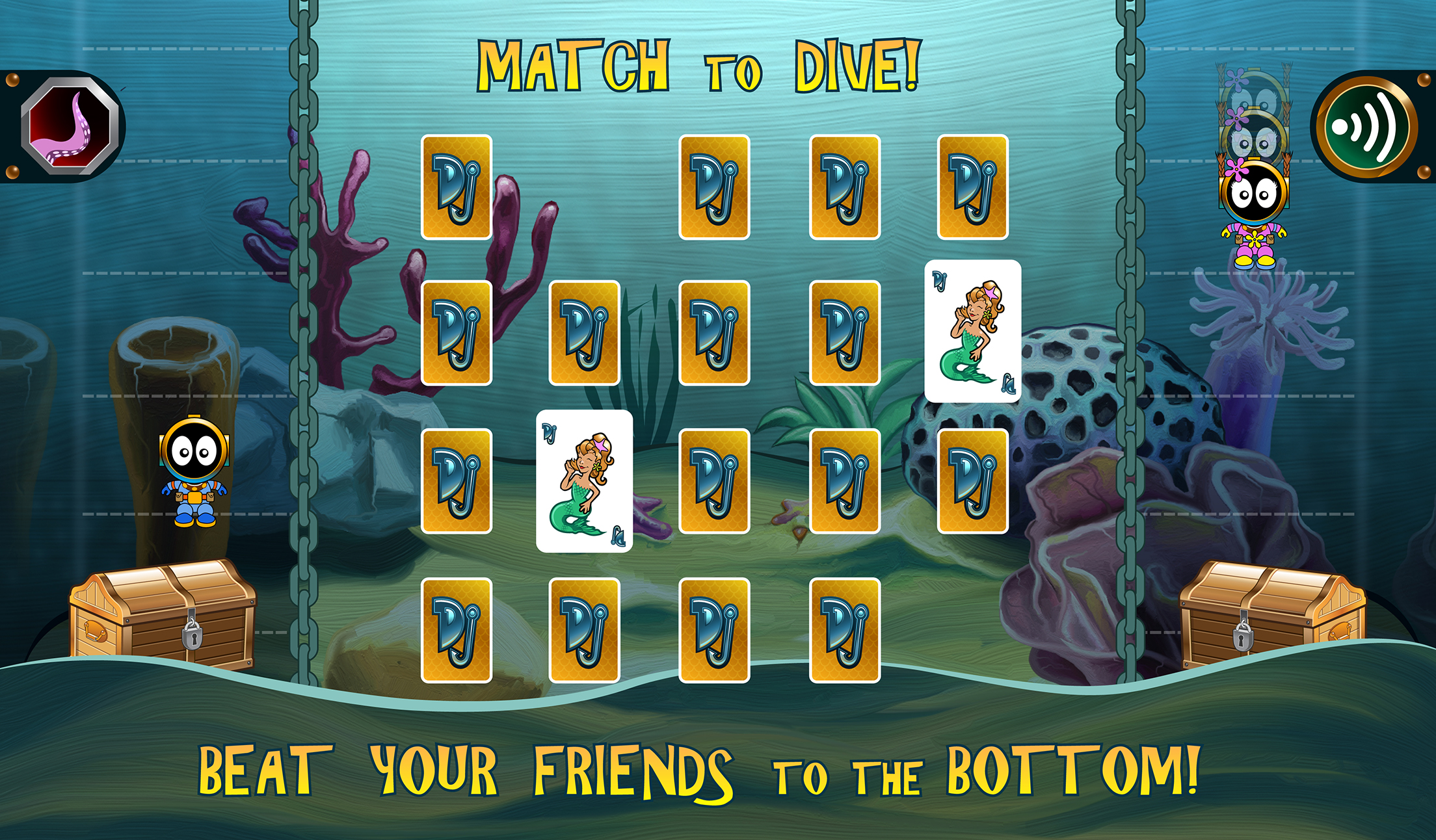 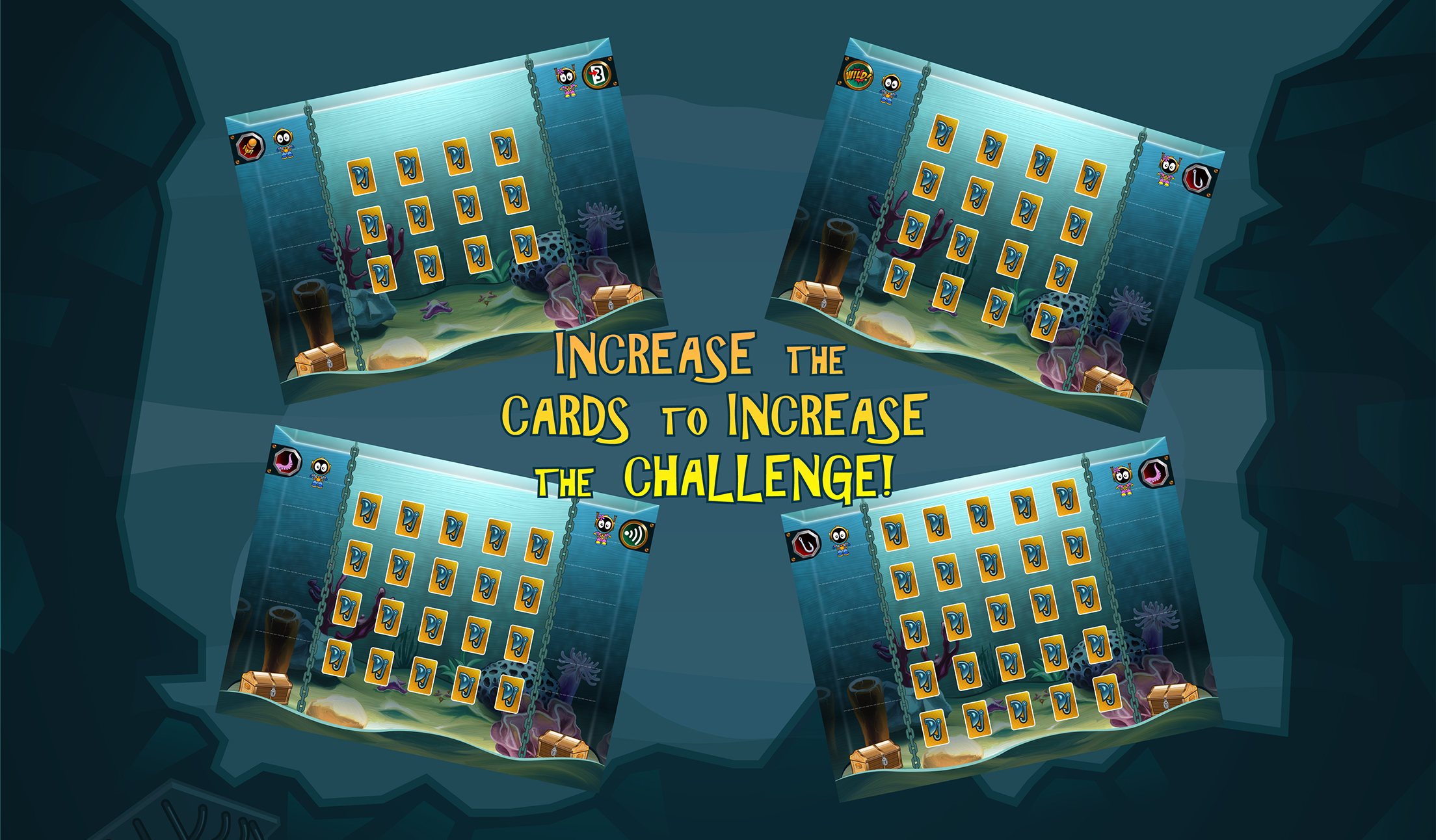 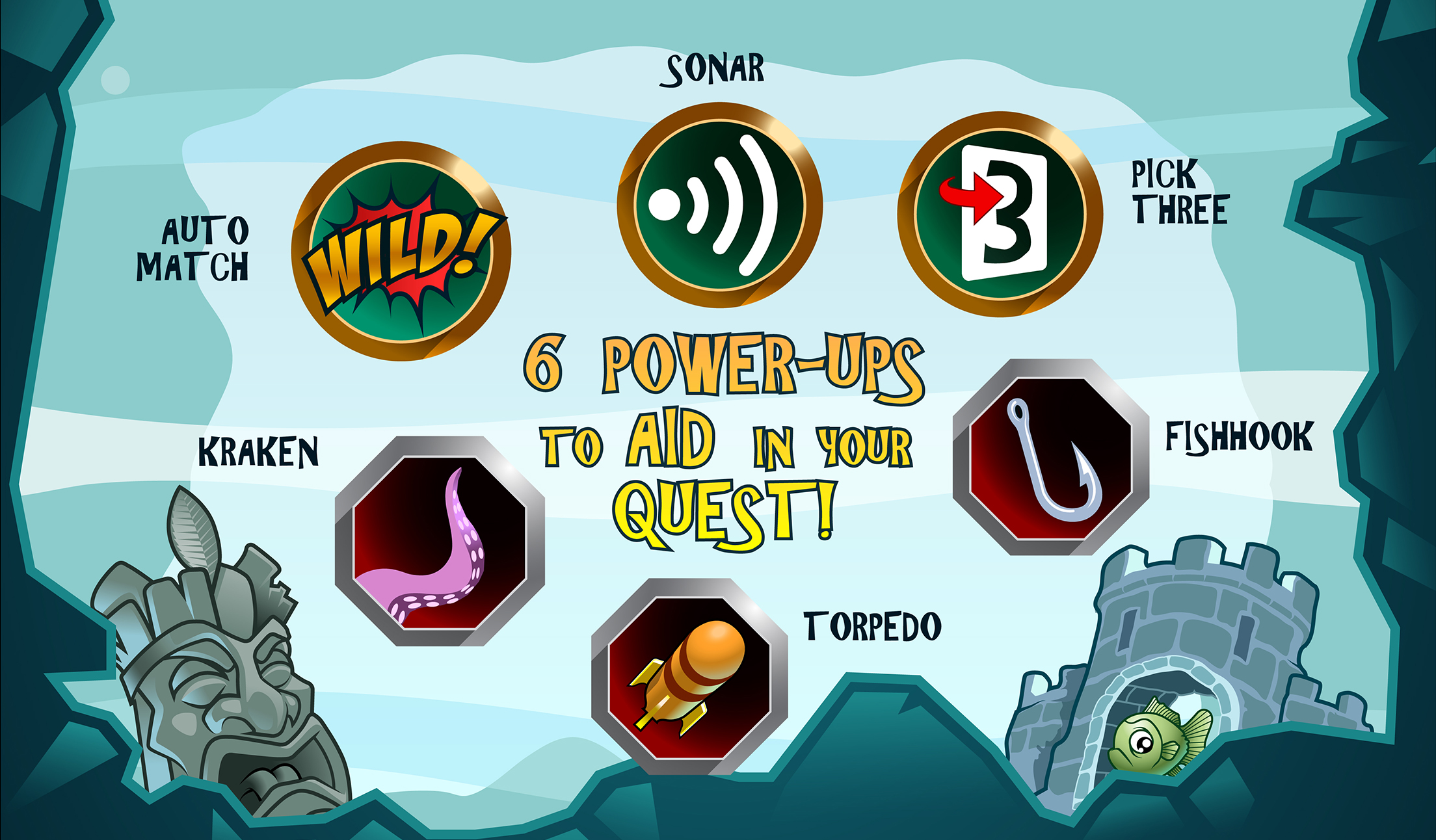 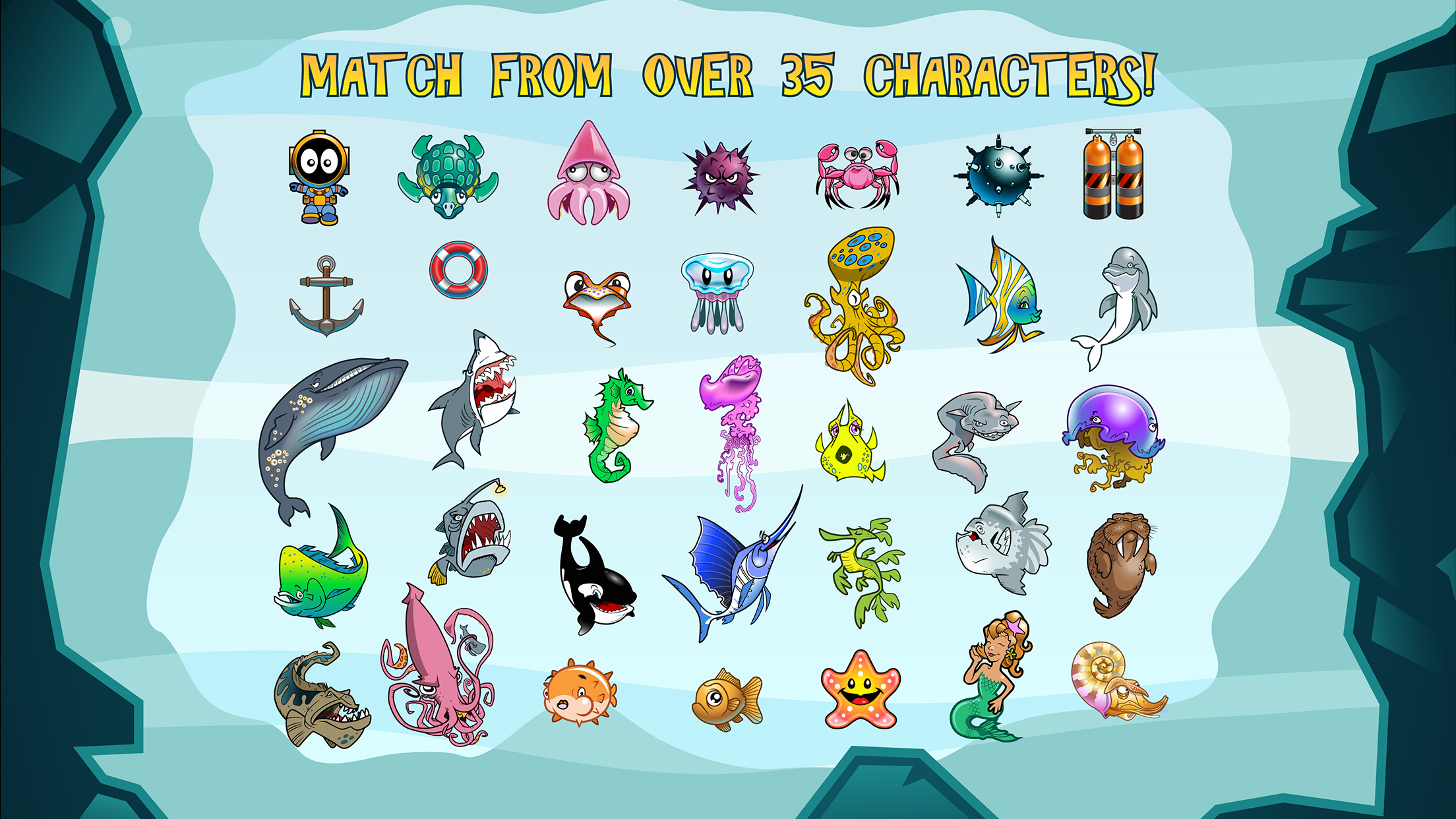 Dare to become the card king of the Seven Seas! Challenge a friend to see who can become the undisputed maritime memory master!

Choose to be either Divey Jones or Divey Jayne...and then attempt to beat your opponent to the bottom by making the most matches in this memory card game filled with suspense, surprises, and aquatic action!

Turn cards to make matching sets. When you do, your character will dip one step closer to the treasure and to victory! Create more challenging contests by changing the number of cards from 12 to 16 to 20…or even 25! Then really throw your dive into disarray by choosing not just a grid of cards — but a circular layout…or even the swirly spiral! And if you really want to ride the wave, turn on “motion mode”…where the cards never stop moving!

When things get too slippery, try using a power-up to give yourself an edge — use the Wild, Pick 3, or Sonar to boost your game…then throw a whammy on your opponent with the Kraken, the Fishhook, or the Torpedo!

There are over 35 colorful creatures to match! See if you can match them all!

So jump on deck — because you’ll flip for it!