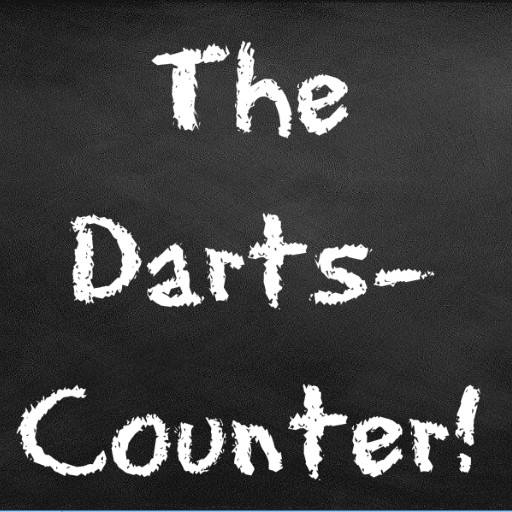 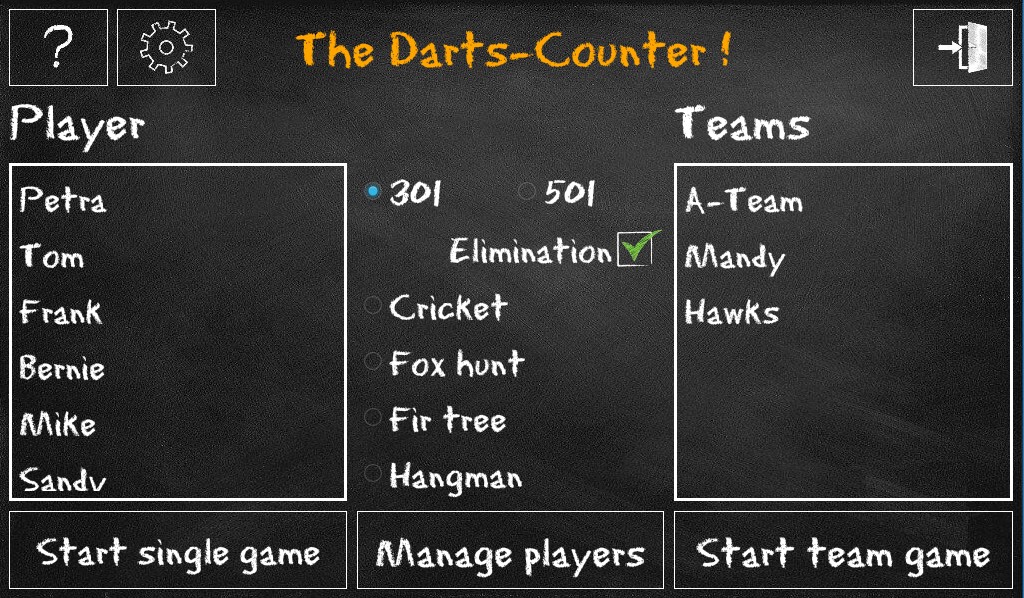 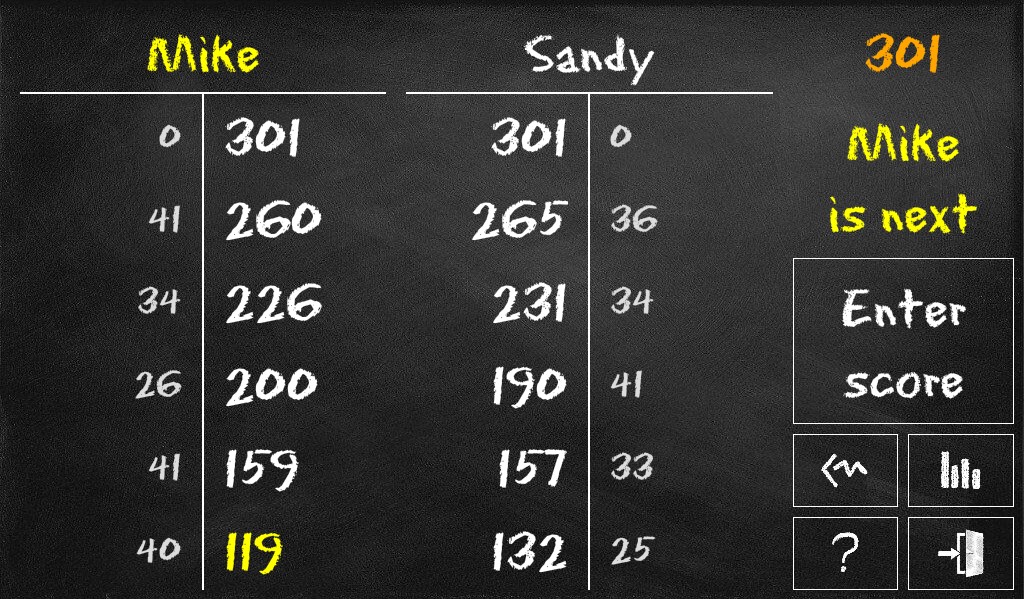 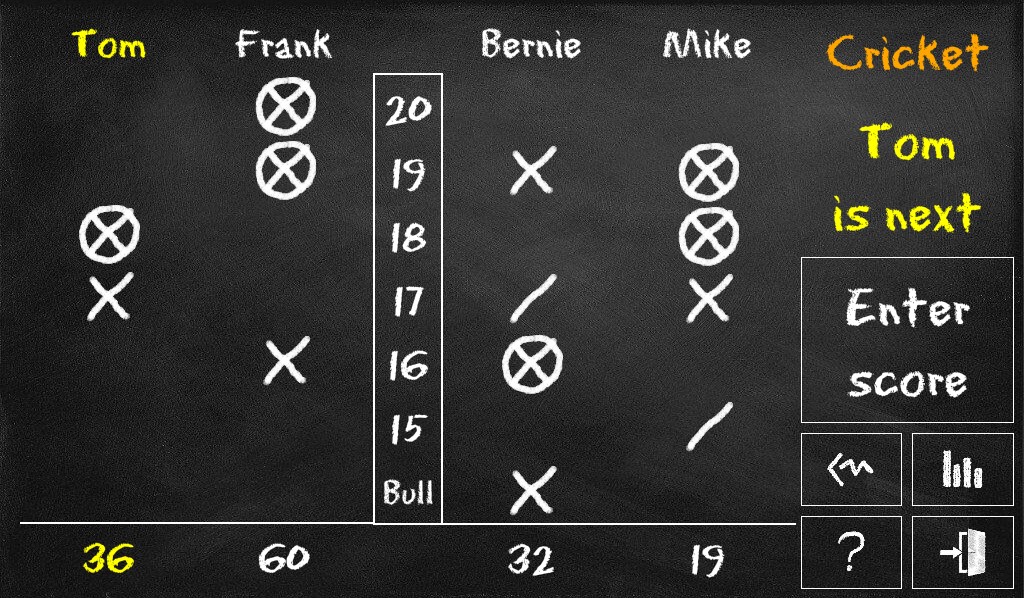 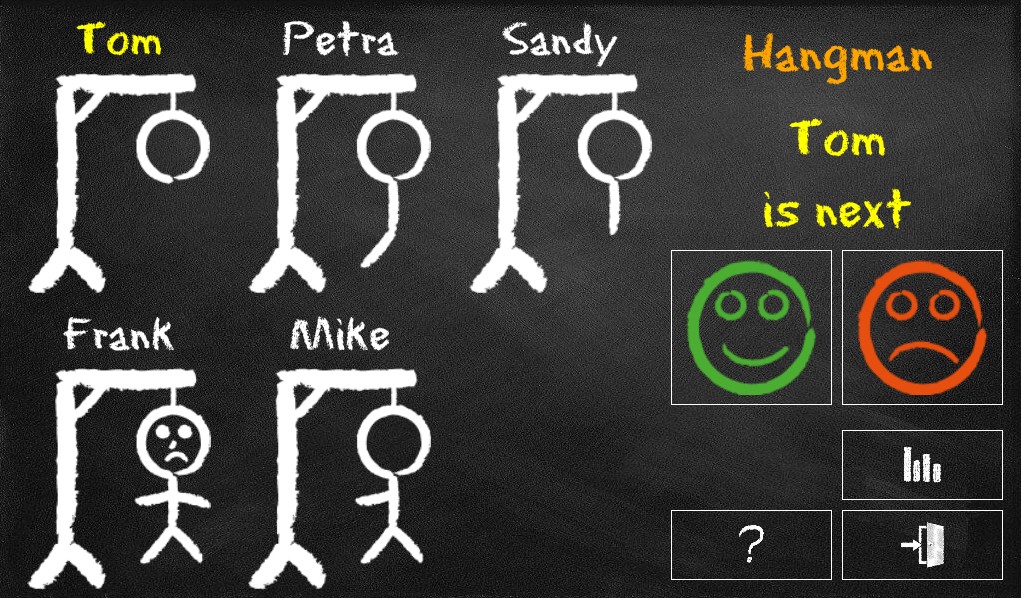 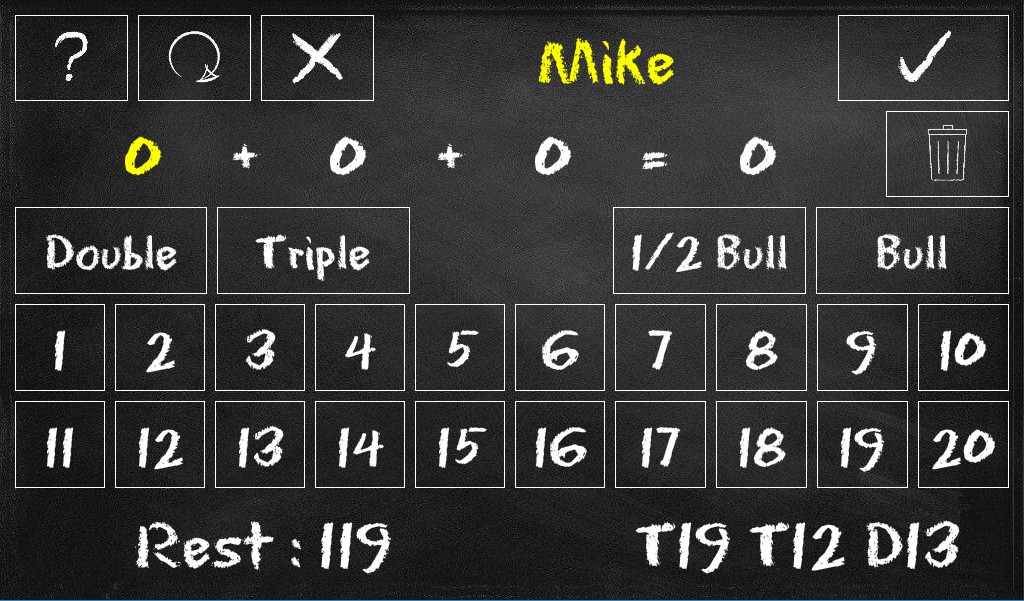 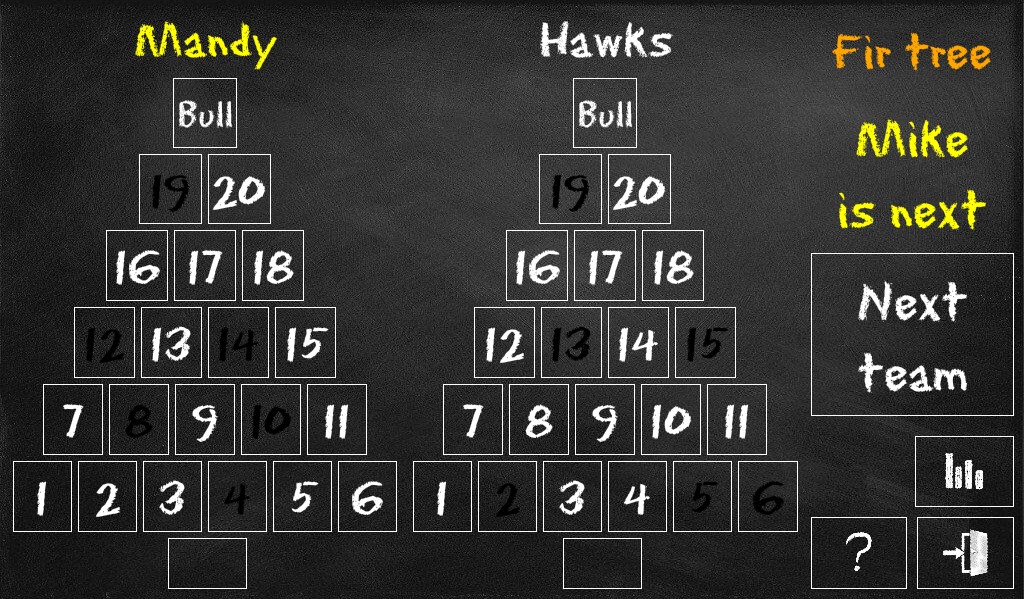 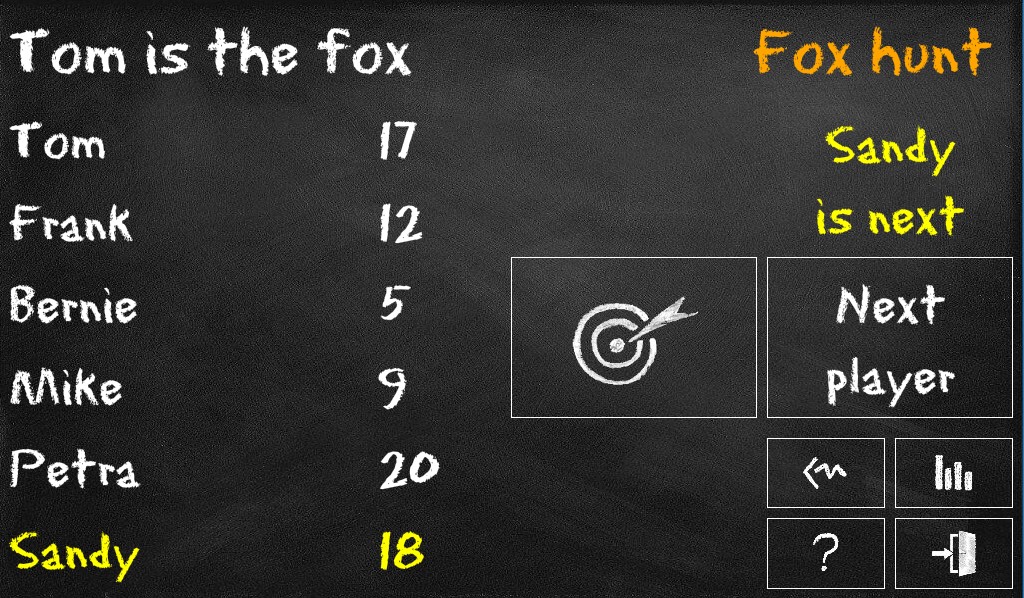 The Darts-Counter is a scorer for the classic Steel Dart. The app can be used in the current version on all devices from Android version 4.1.

Player Management: All players and teams with any number of members are managed. Clicking on long can edit teams and players.

Up to six players or teams can play at the same time.

Cricket: A game for four players or teams. It must be closed all fields from 15 to 20 and scored the most points.

Fox hunt: The fox has to throw down all the numbers beginning with 20 counterclockwise until 20 again, then he is in its den. The hunter start at 18 and have to catch the fox before he is in its den.

Fir tree: A game for two players or teams. Who first cleared his fir tree first is the winner.

Hangman: A game for two to six players or teams. Who does not throw more than his predecessor loses.