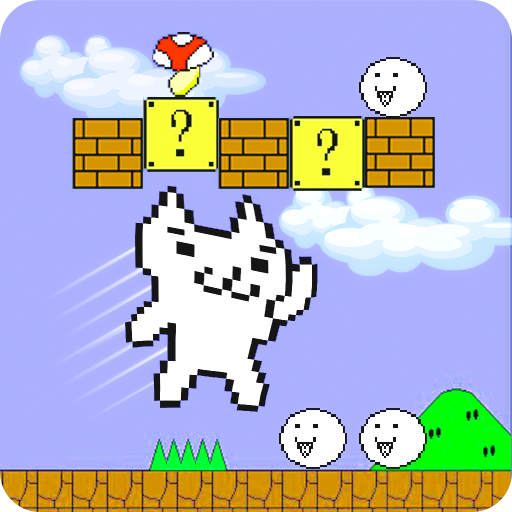 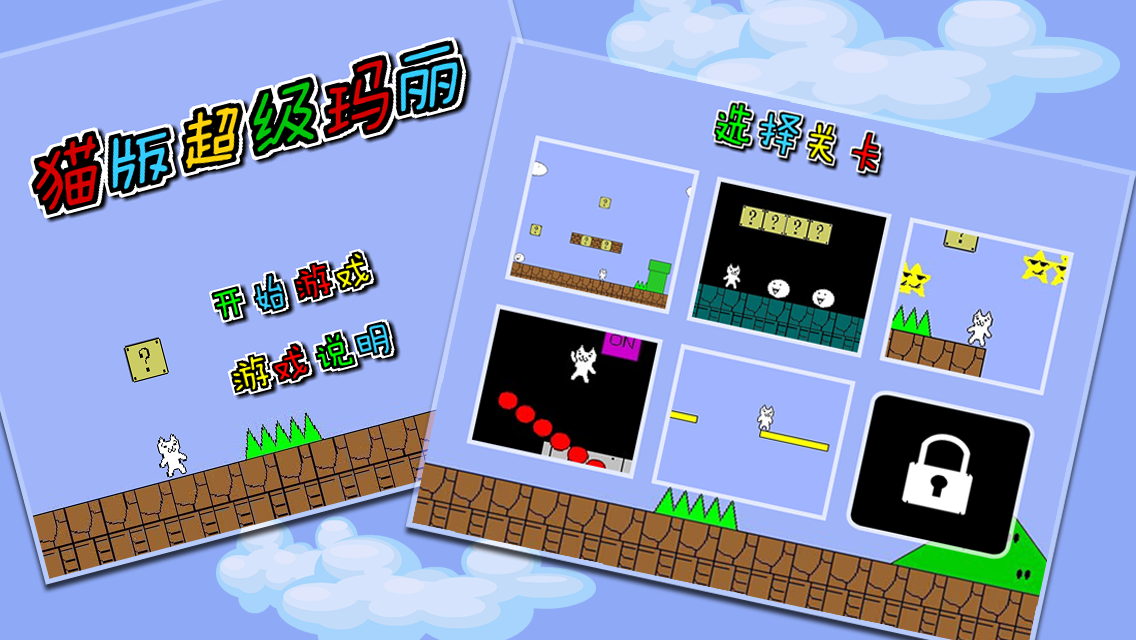 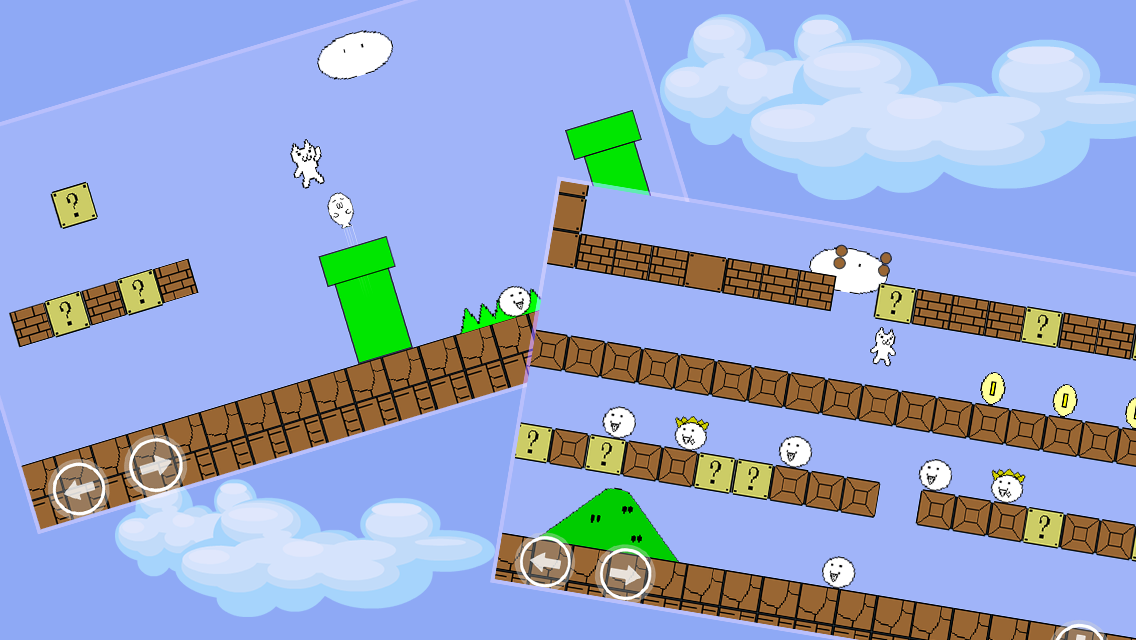 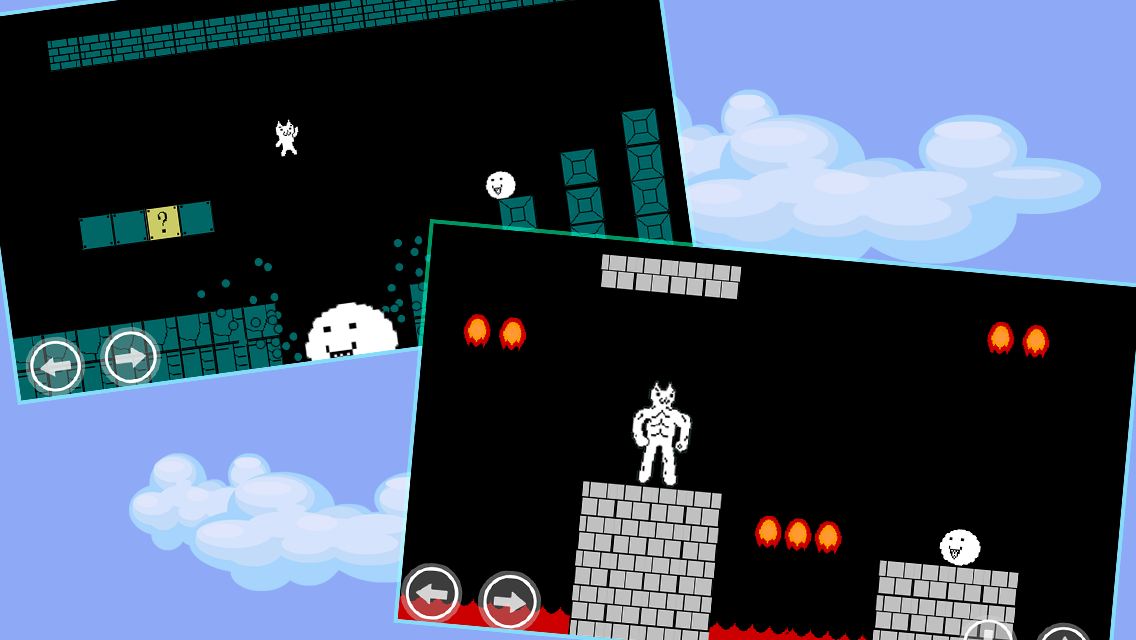 In this hardest game of the world, your primary mission in each level of this game is to  control the maru cat reach the finish line alive. During this maru cat adventure, your jumpy cat will meet a series of nonsensical tales.

Syobon cat action offers you the new levels that are really hard. You will need hours just to complete the first level of the game, so I am sure you won't be able to complete the whole game. Anyway, while playing the game remember that it is just a game and don't get nervous, and enjoy the amusing part. Share your thoughts about the game through the comments form below.

Online version Credits:the famous kitty action is a 2D Japanese freeware video game released in 2007.It was created by a Japanese developer over the course of three days in February of 2007.

- Easy to learn and control