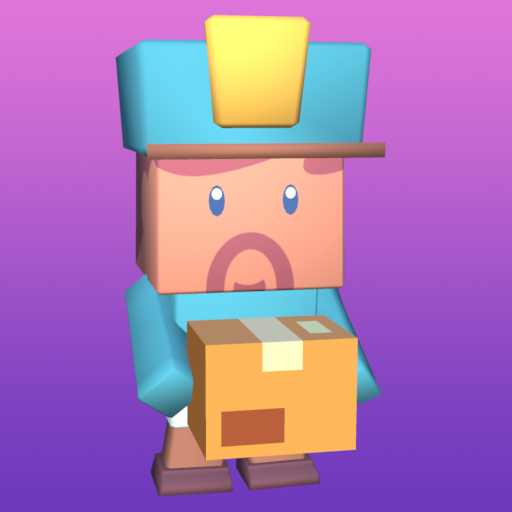 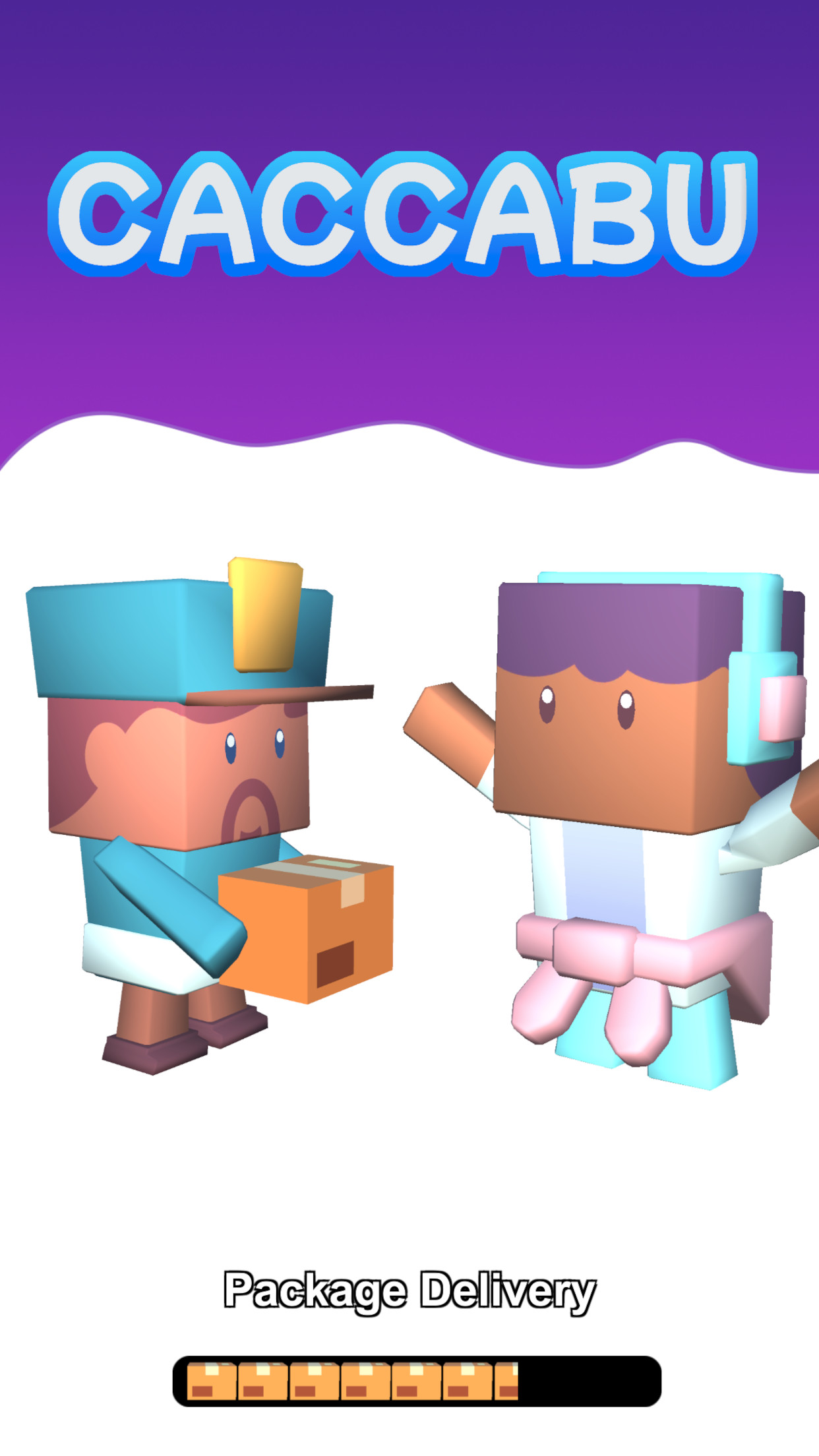 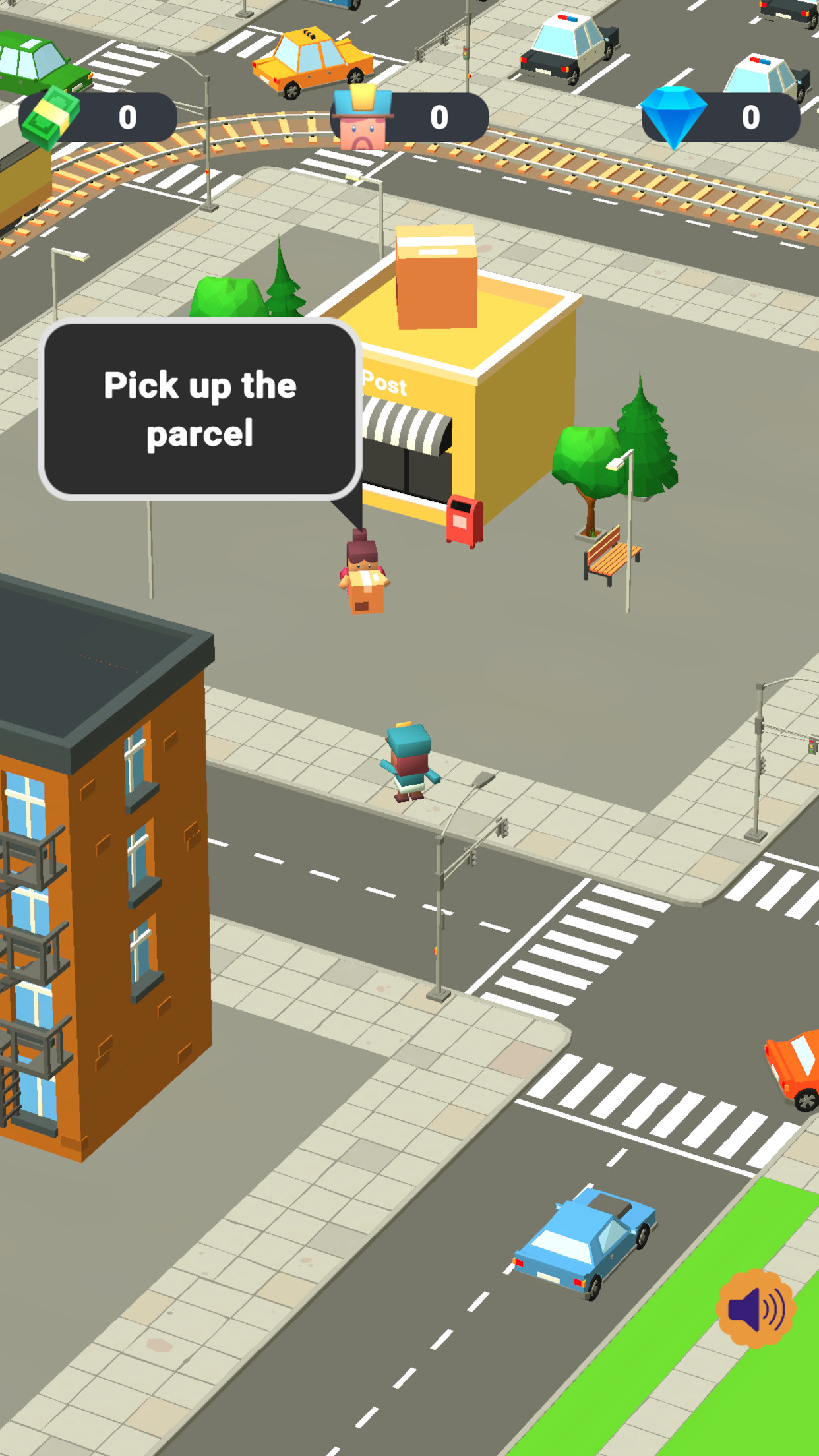 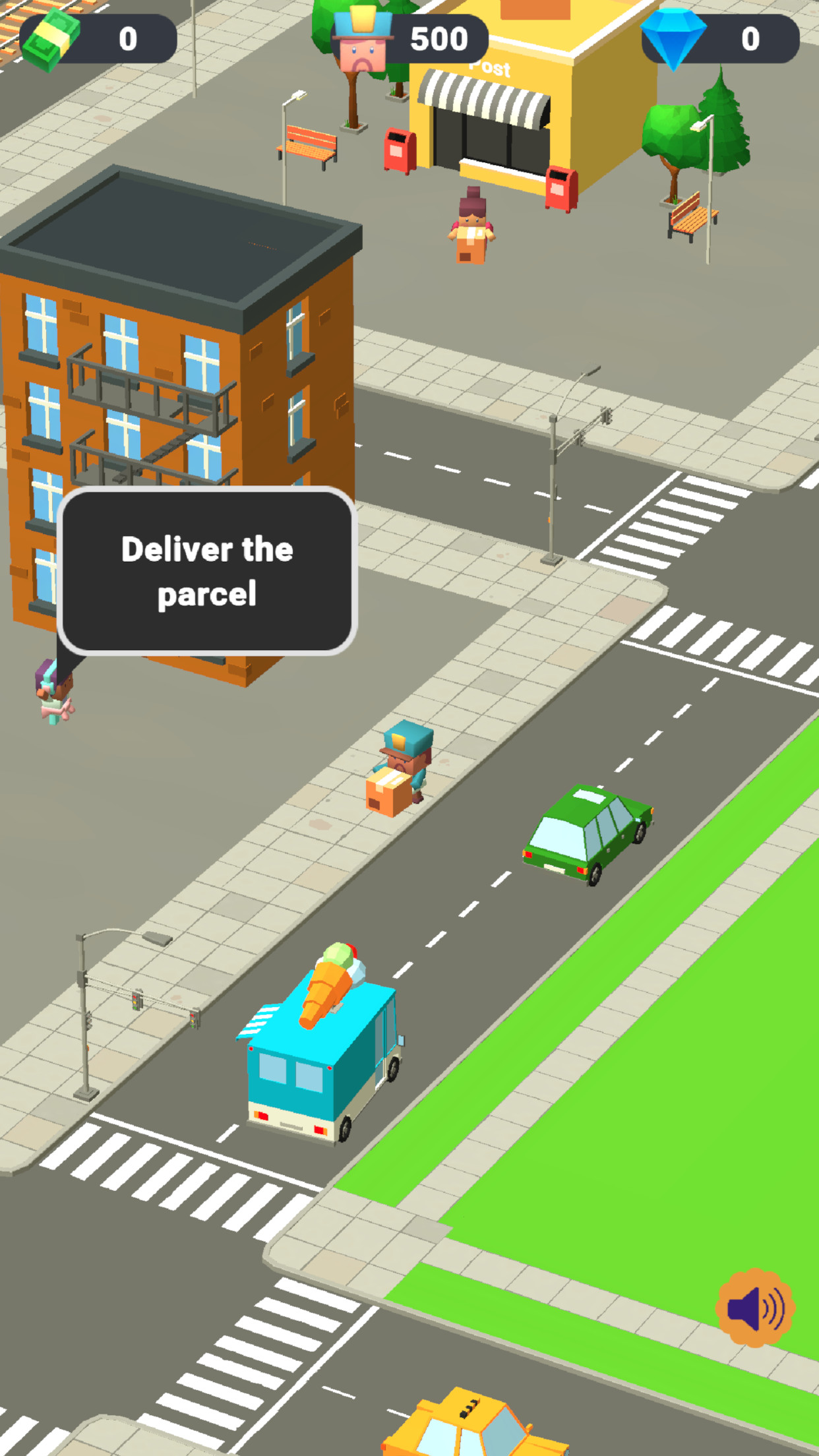 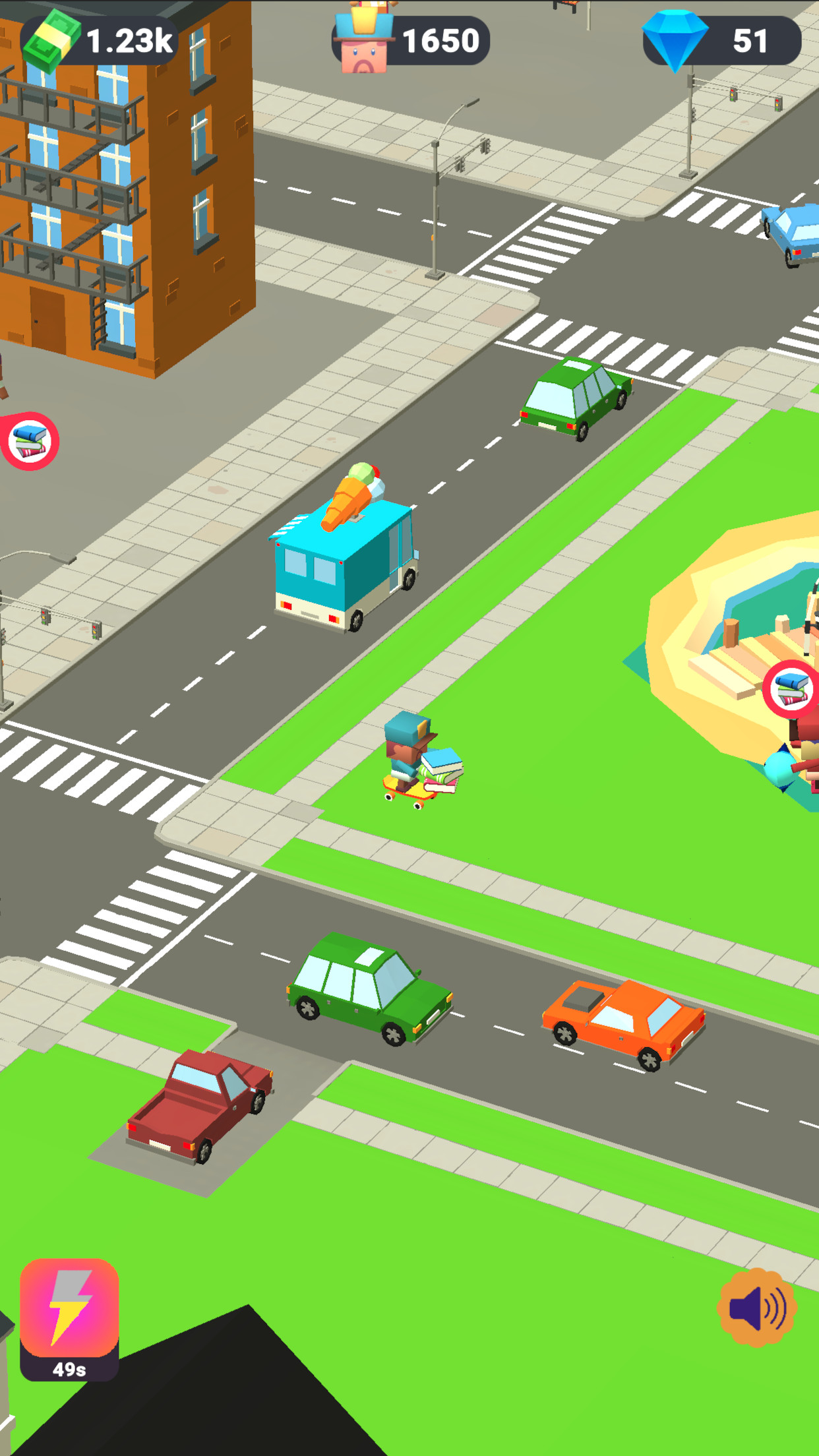 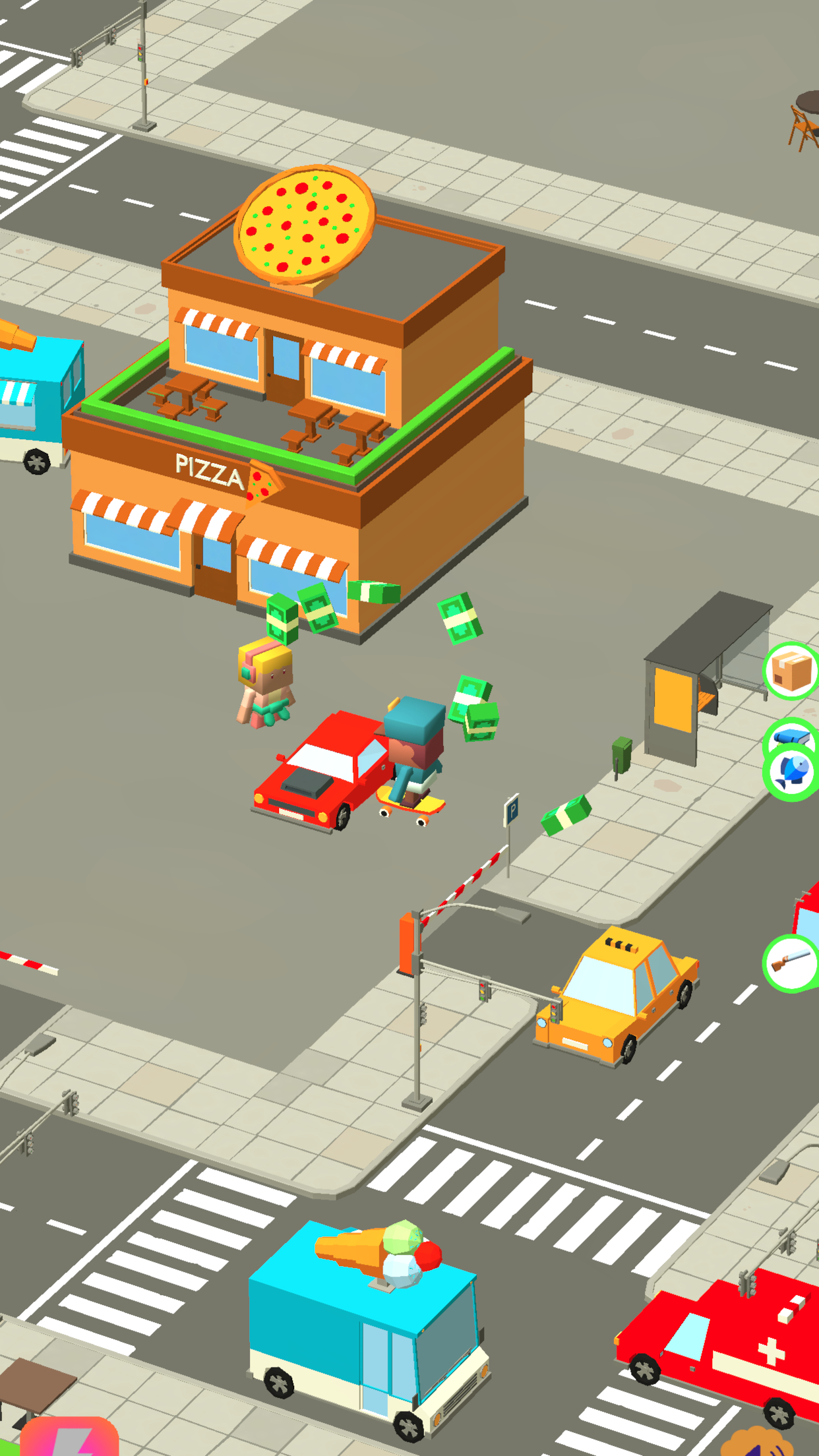 When a passion meets with an idea, Caccabu is born.

My name is Giuliano Solla and I created a game for smartphones.

I have always been a programming enthusiast, I have always carved out moments in which I could dedicate myself to creating something that could be fun for me and for others.

But when one day my little daughter around the house began to say Caccabu something was not like before.

I had created a game but I didn’t have a voice and a name for it.

It is so that Caccabu was born, between the work that takes away a lot of time and the commitments and duties that every family father has, Caccabu has come to life.

Play the role of the most famous courier in a cartoon city, take the package and deliver it to the owner who pays you on delivery.

Collect the money and when you have enough you can unlock a new store that will give you deliveries for which you will be paid even more. Less time and more points.

At each store unlocked you will have extra points and so you can enter the leaderboard of Caccabu and challenge the other players who are waiting to prove their abilities.

But don’t forget the magic word on every delivery: "Caccabu".

During the game you will collect diamonds that will serve to unlock vehicles and accessories that will allow you to be faster in deliveries. I mean, you will always be tested because to complicate everything there will be really intense traffic, which sometimes forces you to wait for the right moment to cross.

Today you find it in Android and iOS stores, but how much sacrifice, commitment, time, dedication and sleepless nights are behind this pastime?

Many, perhaps too many. For all that time that I took away from my family and friends, for all those times that I could play with my children but: "Dad is finishing a job and can not". Yes I know it is a job that no one pays at the moment, but I do it for passion and who knows, maybe one day someone will have the pleasure of seeing it and playing with it a little.

No one ever thinks about it, but behind everything you see there is someone who thought about it, believed in it and realized it and made sacrifices and sacrifices.

That’s how a dream starts. Today I opened mine, I took a dream and called it Caccabu and I’m sure it will make you smile too when playing you will hear the voice of my daughter for the first time and this is what I wanted to happen. Give you a smile.

I dedicate it to my youngest daughter who still doesn’t know that her voice can now be heard by anyone, who knows how she will feel when she grows up.