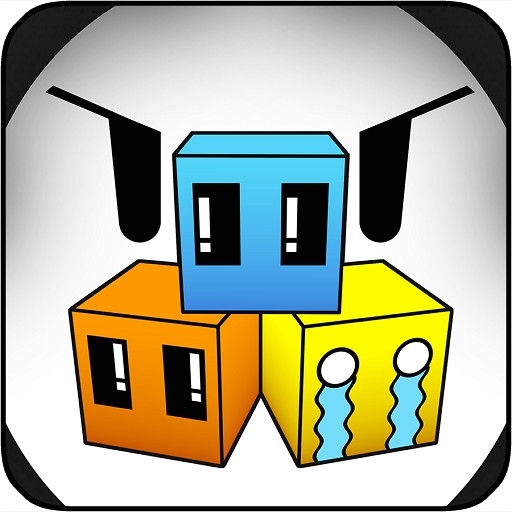 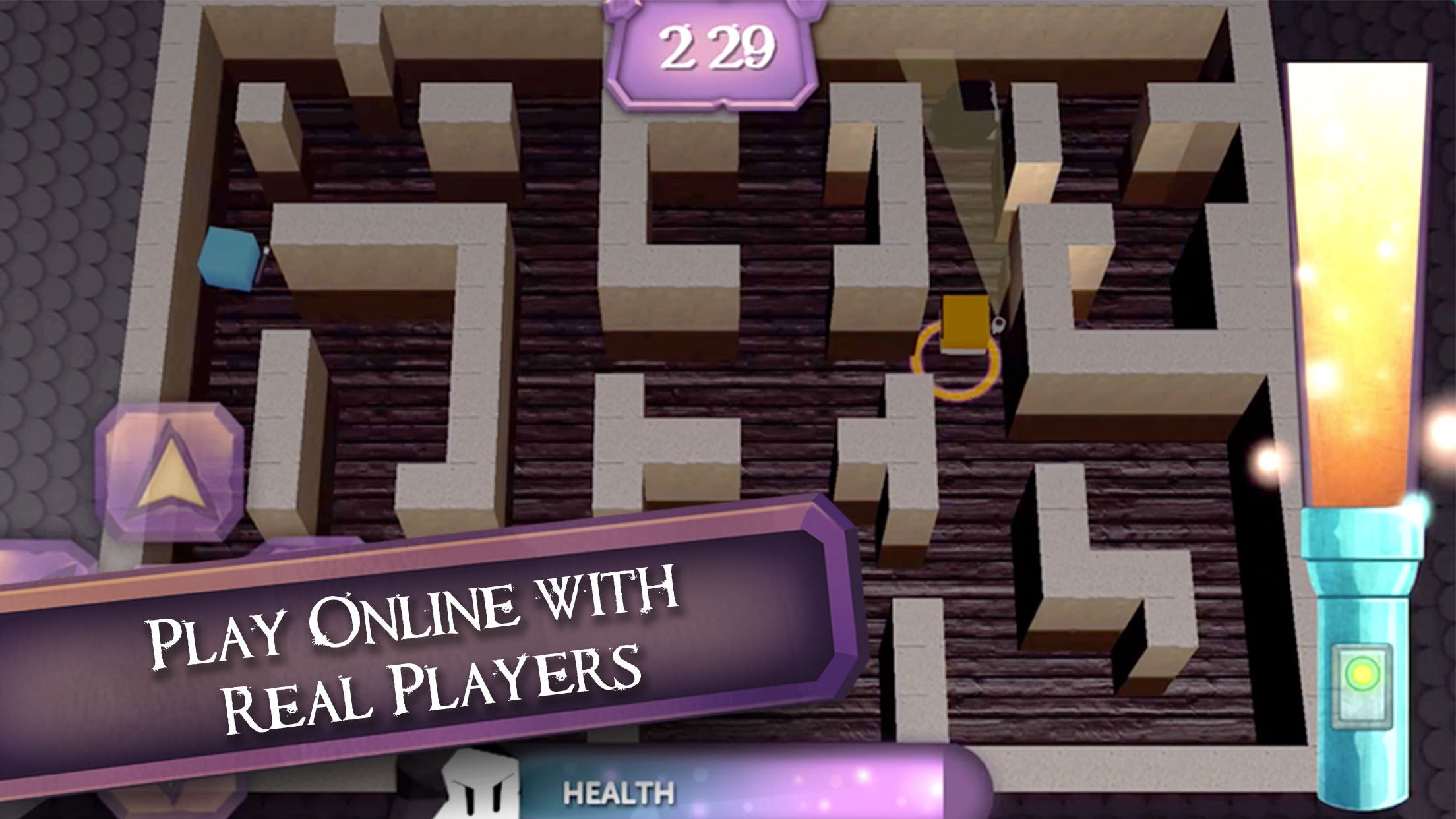 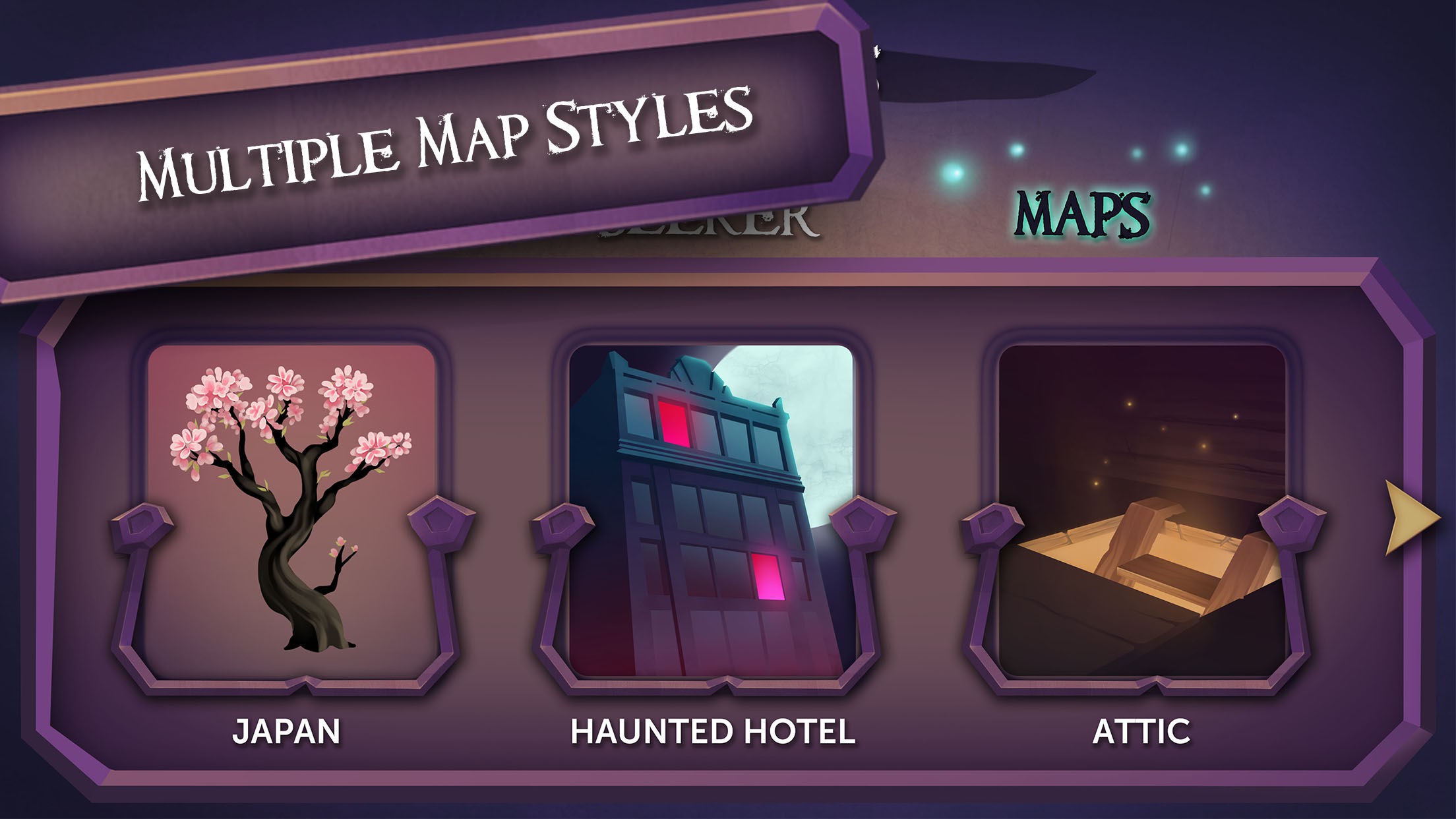 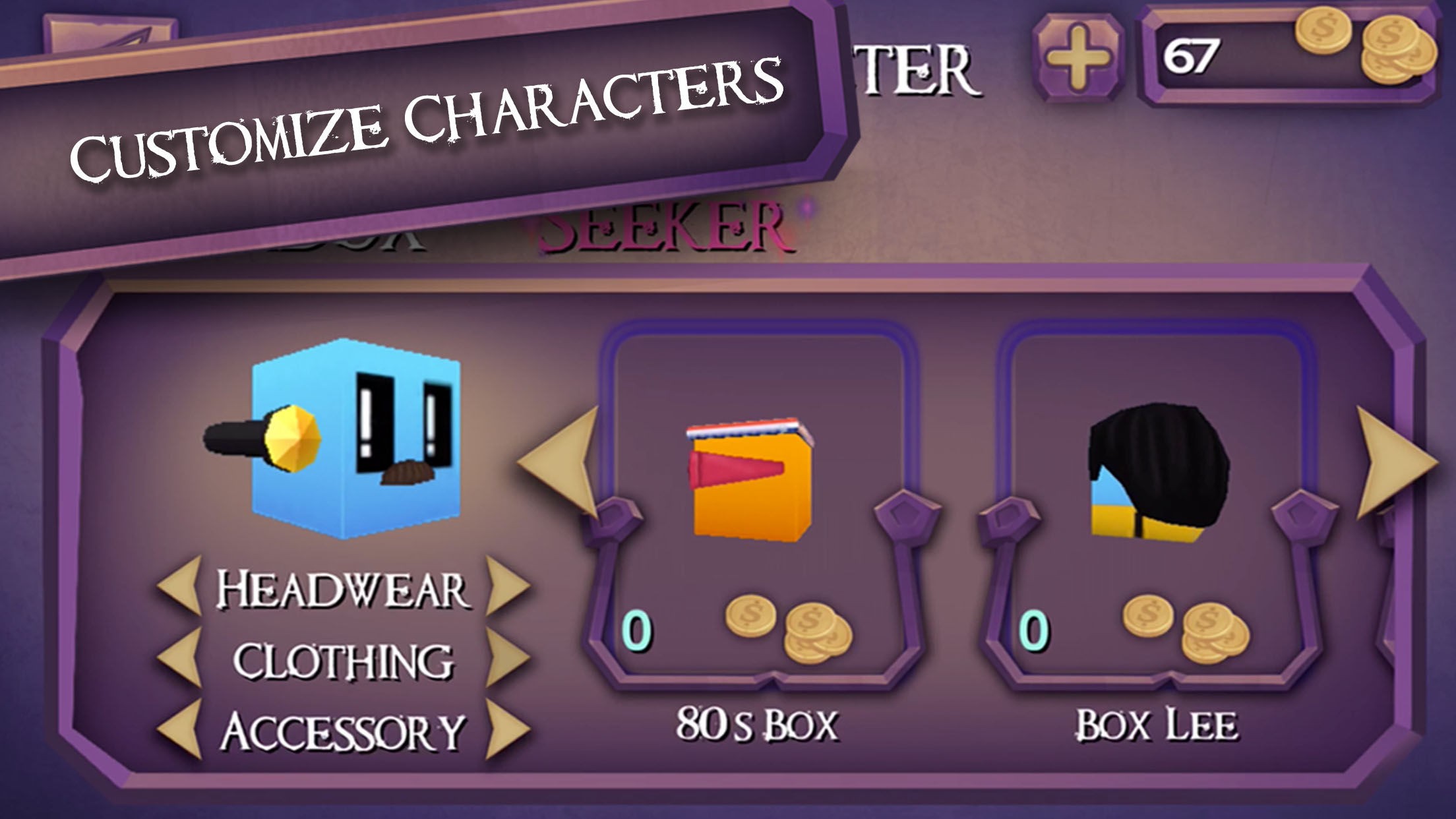 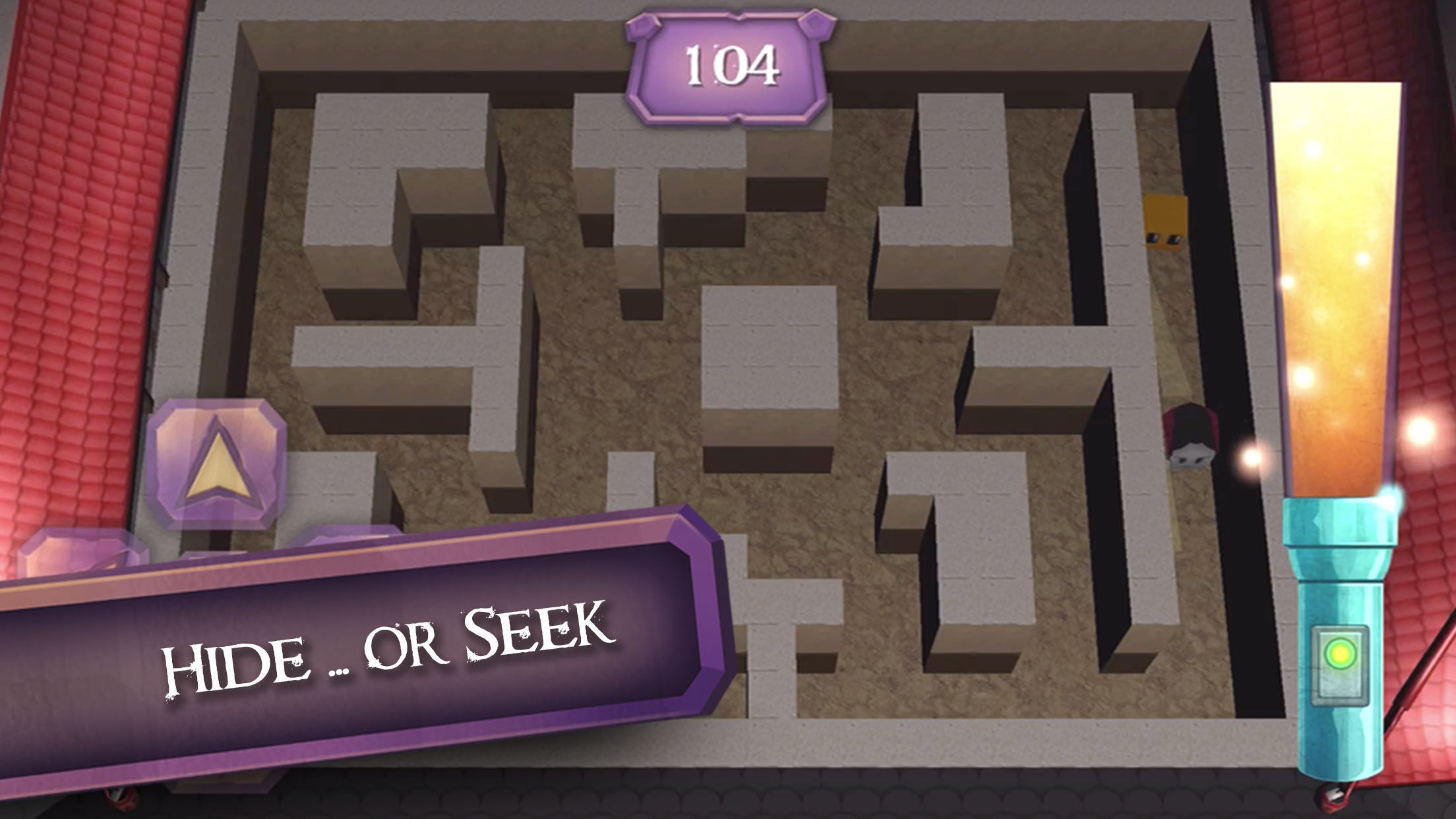 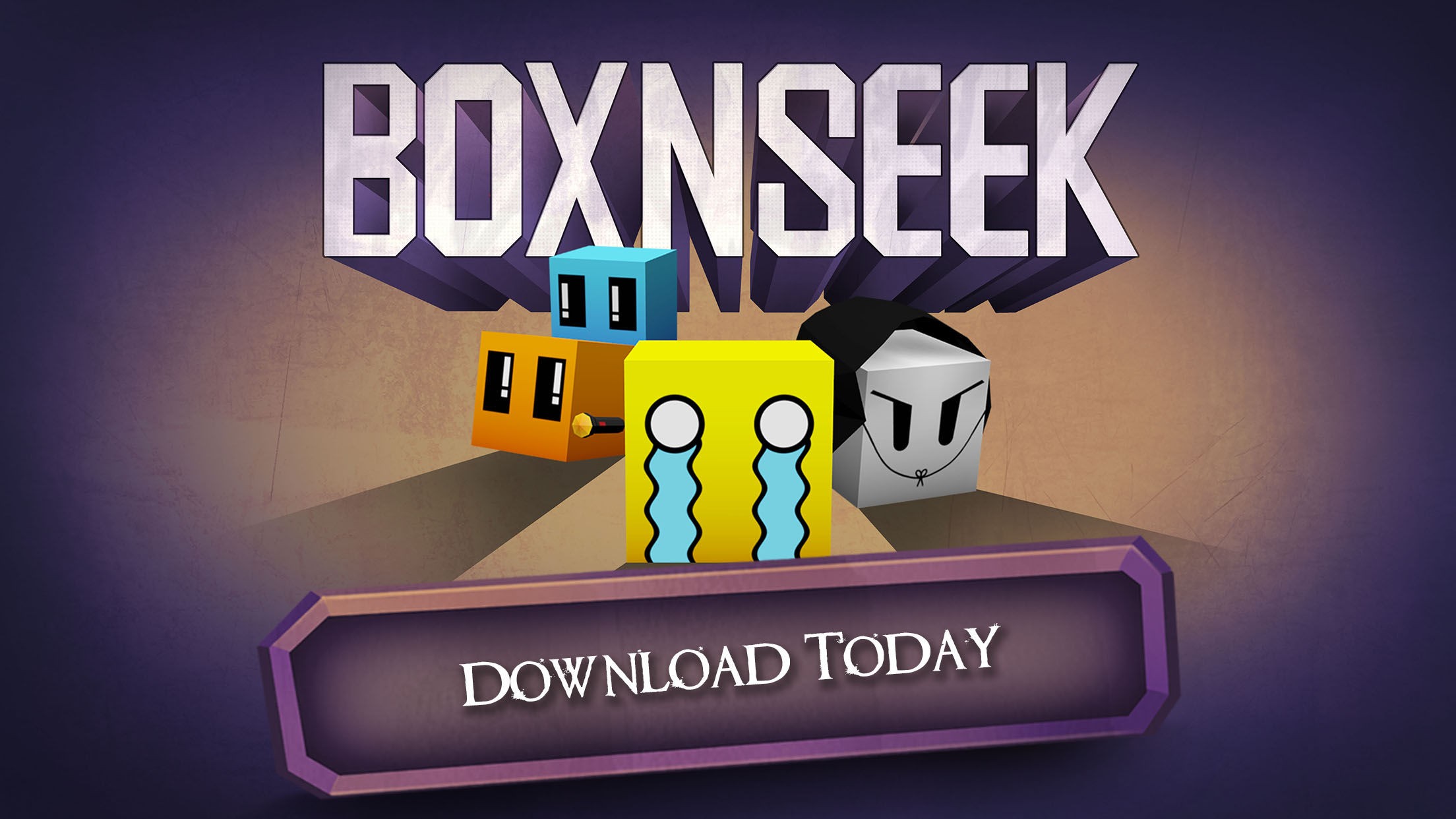 BoxNSeek is a competitive multiplayer arcade mobile game. 3 Seekers team up against 1 invisible player named Shadox! Seekers must eliminate Shadox by shining their torch on him and drain his health. However, Shadox will not show on any Seekers device unless in the light, so Shadox must use this stealth to sneak up on unsuspecting players and eliminate them with a single touch. Earn coins by winning a round and use them to unlock costumes or maps.

BoxNSeek is FREE to play and offers In-App Purchases. BoxNSeek features an original soundtrack and theme for each map, it uses simple but visually pleasing graphics and characters (especially if you like the colour purple). Anyone can pick up and play BoxNSeek thanks to its simple D-Pad touch system and easy to grasp game premise.
Features:
Additional:
BoxNSeek is almost like a reverse game of Hide 'n' Seek, instead of 1 Seeker and the rest hiders, you have 3 who are trying to find that 1 hidden player... who can assassinate you...

BoxNSeek is currently available in the UK AppStore and will release to the US soon! (Cross-Platform between iOS & Android)