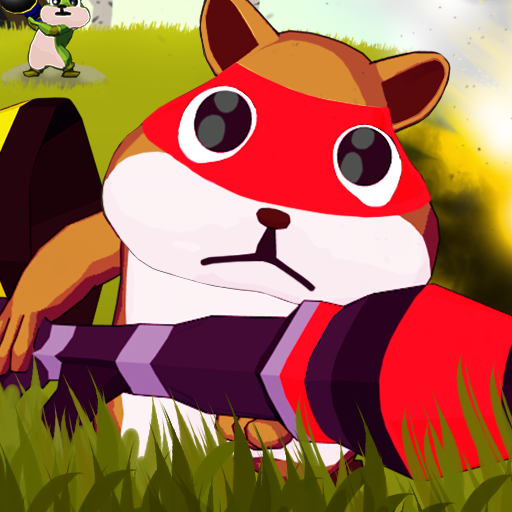 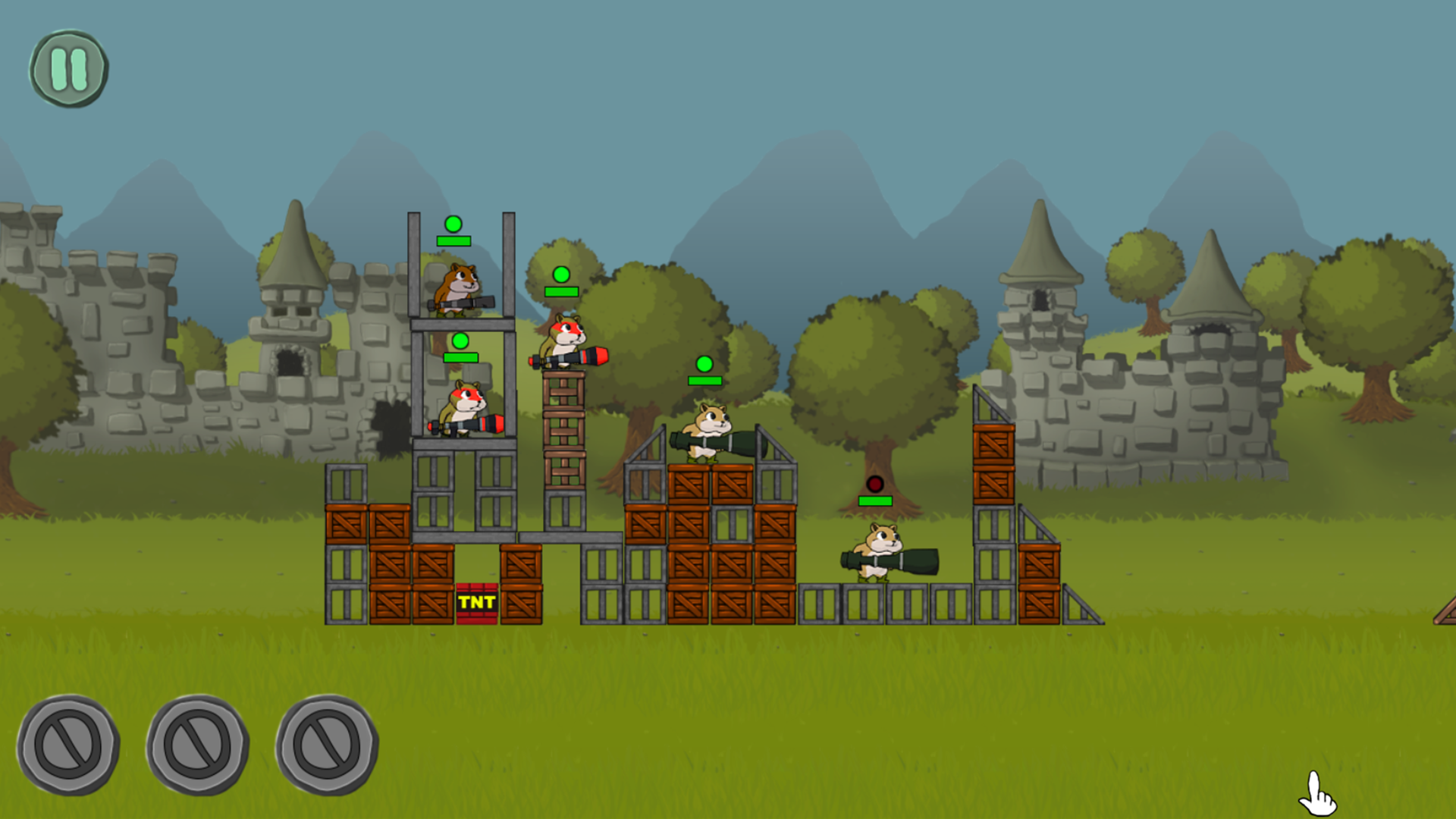 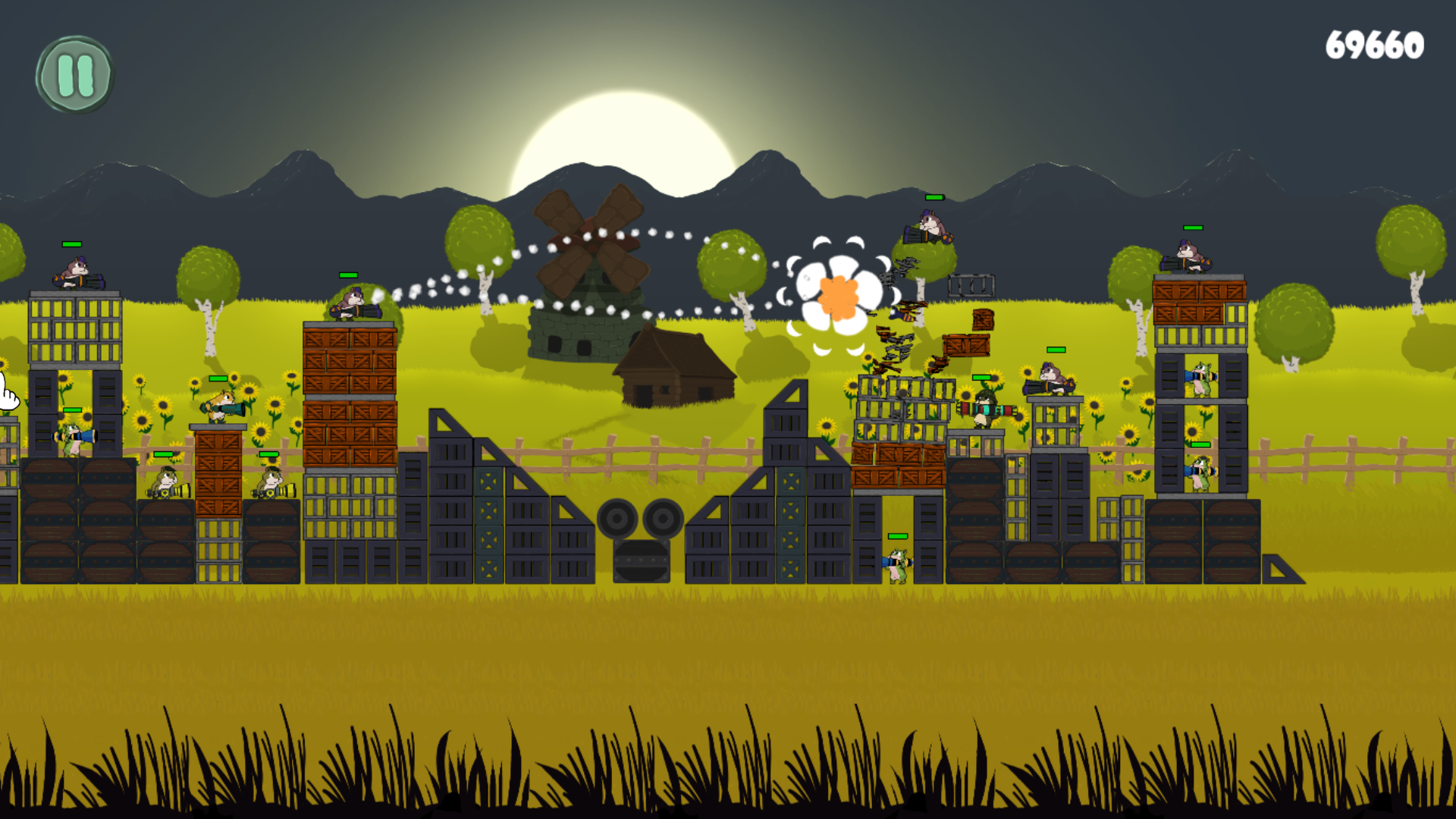 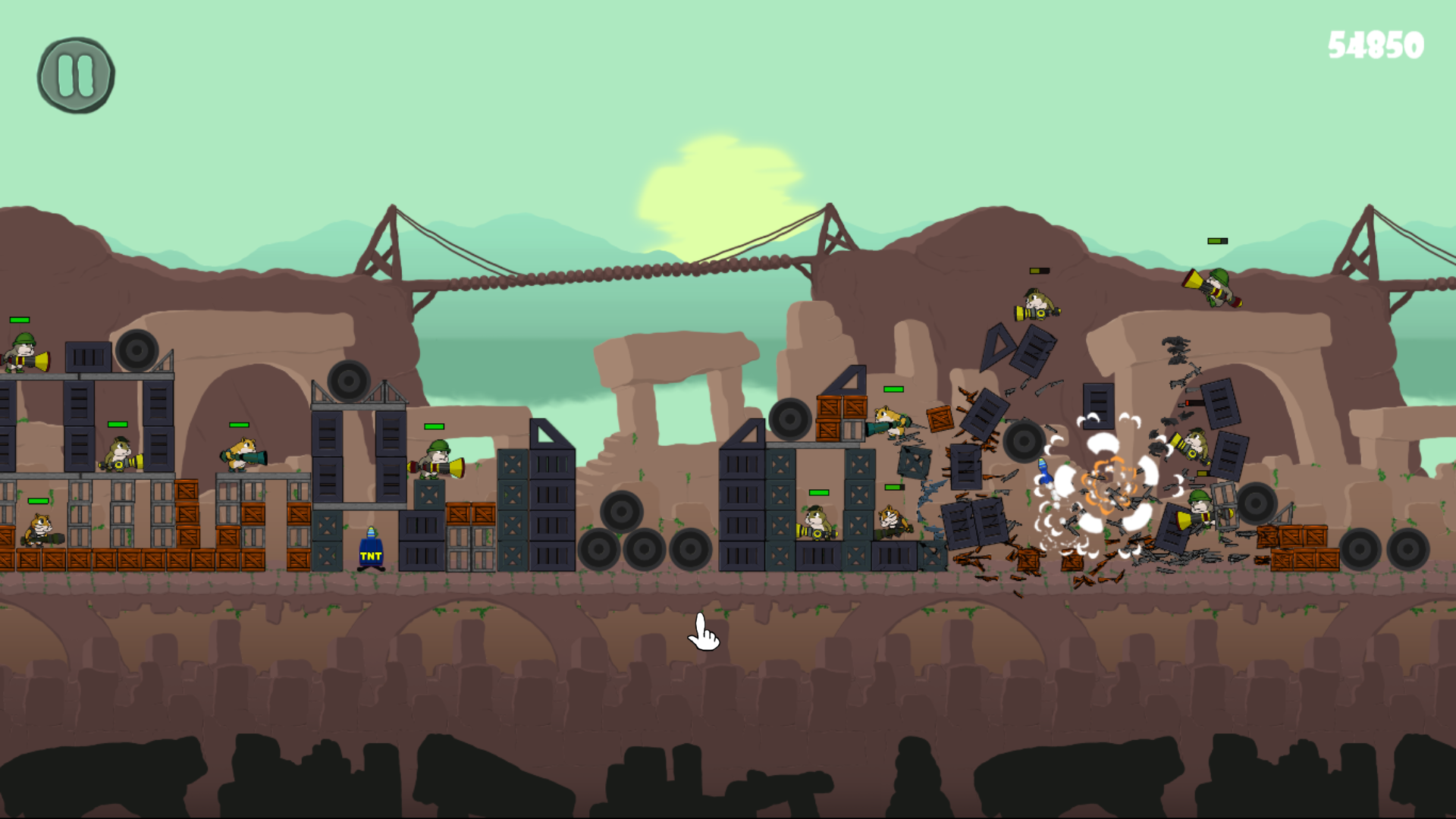 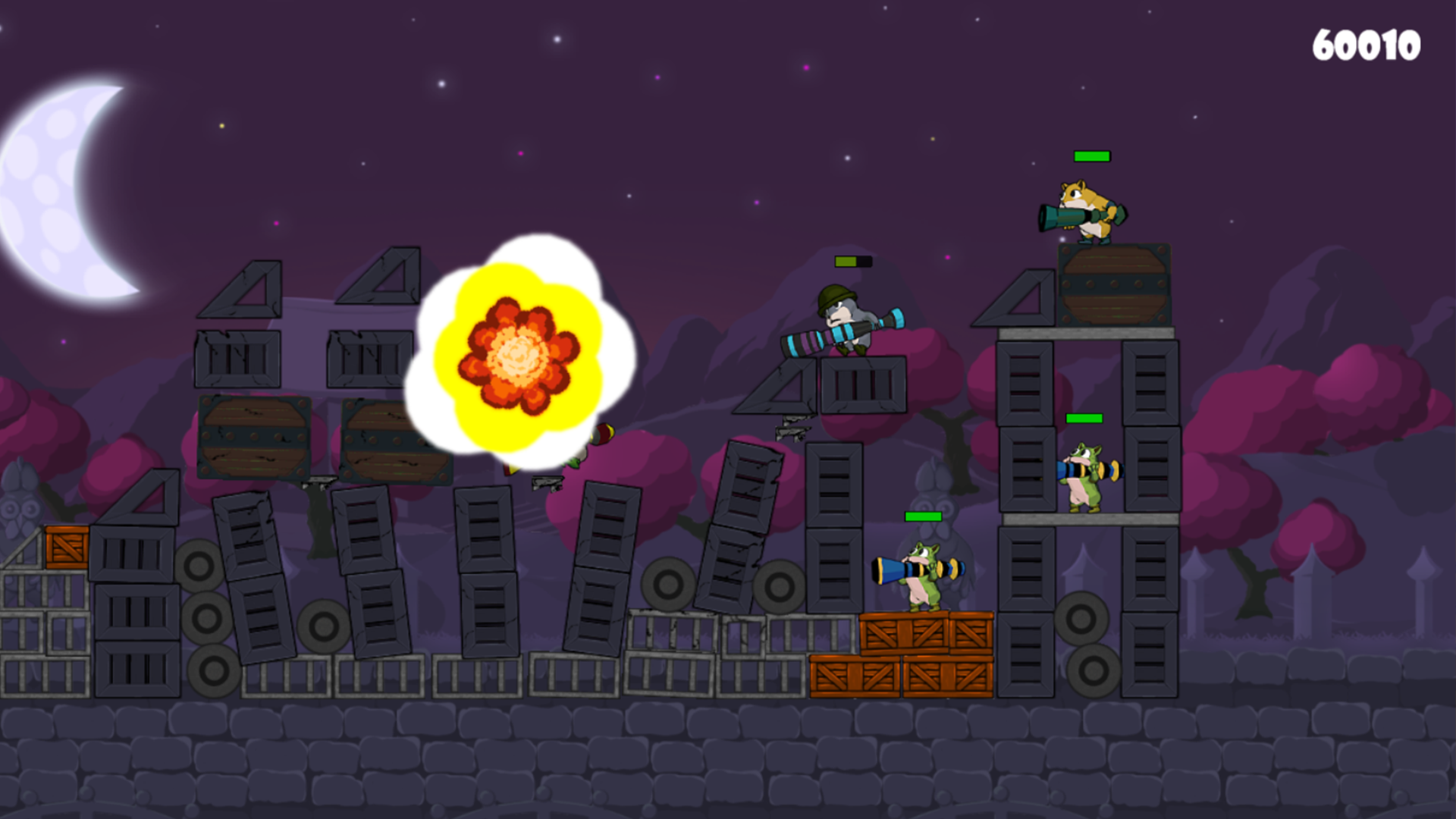 Battle Hamsters: Line defense is a single–player indie game, a funny, cartoon time-killer about how hamsters extinguish each other.

You play as a combat brigade of battle hamsters who smash the enemy to pieces. In each level, you have to think over the strategy of fighting, depending on the available squad of hamsters.

As the game progresses, your combat squad is replenished with new types of battle hamsters, with new, powerful weapons.
But the enemy is also progressing, replenishing his troops with powerful battle hamsters.

You have a special weapon at your disposal, this will give you an advantage over the enemy forces.

The goal of the game is to be the first to destroy the enemy squad of battle hamsters.
Gameplay: Step-by-step shooting.   The winner is the one who eliminates the opponent earlier.

During the development of the game, not a single hamster was injured. All characters are fictional, any coincidence is accidental!

Faced with the invasion of enemy hamsters, we defend our territory. The enemy is advancing with huge forces, with powerful weapons on all fronts. Stop the enemy and don't let them break through the defense line. And an army of brave and fearless battle hamsters will help you in this.