There are mobile app games developed that offer the ability to win cash and prizes. Many of these app games are not gambling related but they have to abide by certain code to be legally recognized as a digital game with cash rewards. The thing is, winning money online through a "luck-based" game is illegal in the USA (though plenty of apps try to get around that by using gift cards).

Most of the apps that made it on the list are "skill-based", which means you have to be quicker, more active, and use your skills to win.
These games aren't going to give out a million, but it's possible to earn a little pocket money or a fun prize for playing. Though many of the games designed around the concept of giving out prizes aren't nearly as addicting as, say, Candy Crush or Food Craze Mania- they're still games. To find out where you can find the best games and prizes, keep reading.

Big Time is an app as well as a series of individual games. The game allows you play for gift cards and other cash prizes. It works on a lottery or sweepstakes system. You play for virtual tickets and then cash those tickets in for entries in the prize draws.

You can play for free to increase your skills and then opt into a tournament to win real money. The amount you pay in is the "entry fee" and it then determines who you will be playing against. You can start with as little as 9 cents and work up to payouts as high as $300 per 60-second game.

Due to different regulations in state legislations, winning money for a skilled game differs from state to state. You can claim your winnings if you live in the 30/50 select states.

Pop Quiz and the other apps offered by Perk are like game-infused survey apps. In this version, you answer trivia and survey questions for points and chances to win prizes. Other versions have you watch videos in between playing virtual scratcher games and divide the ad revenue into various cash prizes at the end of the month.

So far, IDEN is a local project. It started in France and has had a few successful runs in Canada. The project began in late 2015 and has been used in a number of ways by UBISOFT, a major video game developer. It's a promising partnership that may bring about many new prize-winning opportunities in the future. That, and it easily has the best design out of any app on this list. Available on iOS and Android.

Still, in development, Pryz Manor works in a similar way to the Perk games mentioned above but puts emphasis on making their trivia games fun to play, not just thinly veiled ads and surveys. As it's still in early development, there's a higher than average likelihood of winning a prize and the staff is highly responsive in the case of any issues.

Because of state and national legislation, winning money for certain games, games such that rely on "a lot of luck" are not always permitted in every state. But playing games on apps that use your skills, talent; in that if you win, you win because you worked hard and deserve a reward. 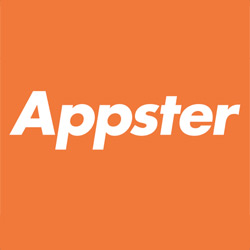 Appster is the fastest growing App Development company. With offices in 3 continents from Melbourne to San Francisco, we have a focus on working with people with incredible ideas.