Flutter is a revolutionary new mobile app development framework released by Google. Flutter has broken all the records of popularity within a short period. It is one of the most trending topics in the tech arena, but isn't it something which happens with every new technology? Could Flutter prove to be just another fad in the tech world? Every now and then, we hear about a revolutionary new language that promises to change the way we code.

Still, more often than not, the interest of the developers drops once they have learned it, and they roll back to the same old languages to code new applications. But, with Flutter things aren’t the same. Let’s have a look;

App Development with Flutter promises to be different, how?

We all know that to maximize the reach of your app, you need to publish it on both Apple as well as Google app stores. But it is easier said than done, you need to code an Android app on Java or Kotlin while an iOS app in Swift or Objective C.

Both the programming languages are vastly different, and hence you need to deploy two different teams to build two apps. Wouldn't it be nice if you could build just one app and deploy it on both these platforms simultaneously? This is precisely what Flutter enables you with.

Flutter lets you create hybrid apps, apps that work on both Apple as well as Google platforms with minimal changes in code. Thus reducing your time, effort, and cost into almost half, as compared to building two separate apps.

It is not that before Flutter, developers were not able to build hybrid apps, but the problem was with fluidity. You could easily identify whether the app was built the native way or on a hybrid platform, as all the features of a native app cannot be integrated into a hybrid one.

With Flutter, you get the advantage of AOT (Ahead of Time) compiling. This helps in bridging the gap between a hybrid and a native app.

Every company likes to reduce its cost and time to market, and hence as a developer, you will be at an advantage if you learn Flutter.

Learning Flutter will enable you to build one single hybrid app instead of two separate native ones.

Every app development process contains revisions and modifications. This is the most frustrating part of the process. Not only because you need to rebuild what you have already built, but also because it seems to take ages to compile the code. Although it takes only a few minutes for the compiler to show you the effect of your changes, these few minutes add up and form a considerable part of the time taken in development.

Flutter provides you with the power of "stateful hot reloading," with this function; you could compile your code and see the changes within one second! Imagine the amount of time you could save using this function.

Another significant benefit of this feature is that developers and designers can work together. Suppose your UI/UX designer feels that the background color is not up to the mark, then the necessary changes can be done, and the results are seen immediately with hot-reloading. This would boost the productivity levels as Hot-reloading reduces the development time substantially

No need for separate front-end and back-end coding

In Android, you need to code the front-end and back-end separately. This multiplies the effort required to code, and the developers face debugging issues. With Flutter, there is no need to do separate coding for front-end or back-end, DART (the language in which Flutter is written) allows you to code both the front-end as well as back-end together into a single code.

Flutter provides the designers with a rich library of widgets. These widgets help the UI/UX designers in building great looking apps pretty fast. You can even create your widgets to suit the needs of your project. The widgets of Flutter will provide a native-like experience to your hybrid app.

Google supports the library of widgets, along with a growing community of Flutter enthusiasts. Hence you are not going to stock-out of beautiful widgets anytime soon.

Many hybrid app development platforms use Javascript to build apps. Flutter is not dependant on Javascript, as Google has developed Flutter on its own programming language DART. DART is a language that compiles to binary code, eliminating the need for Javascript rendering.  This is a substantial advantage of Flutter, allowing the developers to build native quality apps.

A vast database of open-source packages

Google has ensured that Flutter is provided with a large variety of open-source packages so that Flutter app developers can easily and quickly build his/her app. You do not need to re-invent the wheel every time, and you can easily use one of the freely available resources to complete your project faster.

Apart from Google, Flutter enjoys the support of a large developer community, which consistently puts out software packages that make the life of a new Flutter developer easier. Google has actively promoted the proliferation of Flutter amongst the developer community by organizing and encouraging meetups and technical discussions on Flutter.

Having developers who have encountered the same set of problems that you are facing now, helps boosts your confidence as you know that help is just around the corner, in case you get stuck somewhere.

Fuchsia is the latest OS that is under development at Google. It is the OS of the future, as Google is making sure that it runs on smartphones, tablets, smart home speakers, computers, and literally everything. Fuchsia will accept input in the form of voice, touch, and gestures and would be able to run on devices of all form factors smoothly. Thus making it the most versatile and essential programming platform one can look forward to in the future.

Flutter will drive fuchsia, and if you know Flutter, then your skills will be valued much higher than the competition.

Flutter, with its capabilities like stateful hot reloading, widgets, and  DART accords a developer the ability to build native quality hybrid apps with lighting speed. With support from Google not withering down anytime soon, it is safe to say that Flutter is here to stay, and you as a developer, stand to benefit by learning it. 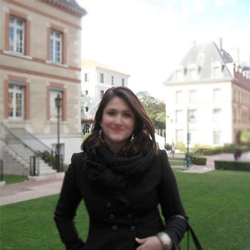 An enthusiastic Operations Manager at TopDevelopers.co - a leading directory of mobile app development companies, coordinates and manages the technical and functional areas efficiently. She is an adventure lover, passionate traveller, an admirer of nature, who believes that a cup of coffee is the prime source to feel rejuvenated. Researching and writing about technology keeps her boosted and enhances her professional journeying.