Today's era of smartphones is surrounded by some Operating Systems powering our devices. But amongst some options available, it becomes difficult to choose an operating system to invest on. While the bigger companies can easily invest in both Android and iOS, the small companies struggle in choosing the efficient platform between android app prototyping and android app prototyping.

In this article, we discuss how it is beneficial to choose Android over iOS.

Market Share is the best and the foremost reason why android development must be preferred over iOS development. It is the primary of all the reasons for the same.

The figures clearly depict that the number of smartphones shipped worldwide exceeds iOS. Android possess a market share of around 78% which is quite large.

The amount proves to be a very large potential market of users for both small and large companies. To maximize chances of success as a developer targeting Android devices first can mean a lot to be it a mobile game or niche app.

The general perception among people has been that the iPhone is used by the richer part of people and more affluent users. Thus we can say that the iPhone users more happily invest and believe in spending money on apps rather than the android users.

But the fact is this perception was true in the past, but in recent times this isn't true. Amongst all the app categories the recent studies have found that Android apps have found to be as profitable as iPhone and even more profitable in some cases. These profit figures are true for all types of app purchases including initial app purchases and in-app purchases.

While today’s apps promote using an add-free model, it is noteworthy that as long as ads are being shown to app users, and the app ought to generate income. Interestingly a report by DAU-UP says that during  January 2014 the statistics suggested that the revenue per user for Android games was 20% of that from iOS games.  But by December 2014 the figure increased drastically to 65%.

In response to user complaints and their issues, the app can be updated multiple times in a day while in the same situation Apple App Store needs to pass through a long lengthy process. Google Play Store serves as a perfect platform when compare to the Apple App Store because new apps and games might need to constantly be updated as per the user feedback and Google Play Store is pretty fast and efficient at it.

Yet another remarkable thing about Google Play Store is that it can release an app as both alpha and beta releases thus making it available only to the selected group of testers. This feature helps the developer to collect feedback from those limited users and makes changes in their apps if required. Thus the final app launched is already verified by certain users before being released to the public.

Android Studio though is not quite known to the commoners, app developers know about it well. Android Studio is nothing but an Integrated Development Environment or IDE. This IDE is supposed to be based on IntelliJ IDE. It is very fast and efficient. During the initial days of Android coming to the market, app development was done with Eclipse and plug-in tools. But this trend changed drastically when the release of Android Studio whose sole purpose was to be served for android development.

Some of its main features include Live-layout WYSIWYG Editor, a feature of layout preview on multiple screens, building variants, generating apk file generation, and lint tools. These are a few of the features that help the developer to easily work on android.

This is amongst the main reasons that cannot be ignored to prefer Android over iOS. Mac is the only platform that is used by the developer for an iOS device. While, for developing an android app the platform used can be Windows, Mac or even Linux. In monetary terms, a developer needs to pay yearly fees of $99 to register on the Apple Play Store whereas the developer needs to make a one-time payment of $25 on the Google Play Store. Thus android app prototyping is surely a better choice over iOS app prototyping.

Android apps are easily portable to other mobile operating systems like Blackberry, Symbian and many others. They can even be ported to Chrome OS. Thus, the advantage of Android over iOS is that it is quite portable.

Thus this article discusses a few of the number of advantages of Android over iOS and why one should prefer developing apps for Android rather than iOS. 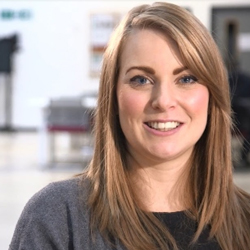 Code Wilson is a Marketing Manager at AIS Technolabs which is Web design and Development Company, helping global businesses to grow by Android Tablet Apps Development Services. I would love to share thoughts on Social Media Marketing Services and Game Design Development etc.