Why iOS app development is the first choice of business owners

iOS was first introduced in 2007 exclusively for the iPhones. Starting with only a few applications in its app store, today, the app store contains millions of applications. At present, there are more than 2 million applications of the in-app store. Apple.Inc releases its new update annually, to upgrade the software and introducing new improvements for users.

Although android has a major share of the mobile app in the market, iOS shares significant percentages of users. The ios users are usually believed to be loyal to the brands, as a person who once purchases iPhone does not switch to any other platform. The company has just bestowed users with an iOS13 update.It is the latest update to the software with new features on the phone.

Due to its popularity and customer commitment, most of the businesses develop applications for ios platform. And it is also believed that the apps are first rolled out for the iOS app store before for any other platform to test the applications. The mobile companies leverage iOS app development to create new applications for different segments such as e-commerce, healthcare, gaming, social media and many more.

Apart from the popularity, there are multifarious benefits of the iOS app for business, such as it brings increased revenue and has improved security more than ever. The high ROI and a larger number of apps embraced by customers’ fuel the ios app development across every sector.

Here are some points to explain this,

iOS has a very powerful brand value in the market all across the world. It is trusted by users and creates a powerful impact on customers that attracts more and more users. It is always a wise decision to prefer the iOS platform for app development over Android when you want higher returns by delivering quality services. Today the majority of the companies use iOS to build apps and market their products and services. 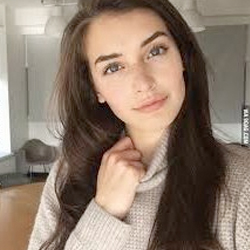