Which Should You Use for Your Next App: Flutter Vs React Native?

Selecting the right framework for your application is super important to decide its functionalities and productivity. A poorly-developed application won’t work efficiently on every device and might lead to stuttering, lags, or even malfunction. There’s a constant debate between the two cross-platform development frameworks; Flutter and Reactive Native.

Reactive Native and Flutter frameworks are used in cross-platform app development. Both of them provide assistance to the developers to decrease the time to launch a project into the market and thus improve productivity. In this blog, we are going to draw a comparison between Flutter and React Native with their architecture, learning curve, performance, community support, use case, and various other factors.

It is an open-source framework that works with the programming language called Dart (Developed by Google). This framework is commonly preferred for its improved UI toolkit used for creating cross-platform applications with a single codebase. The developers are able to develop a flexible and expressive UI with native performance by using flutter app development. The Google team of developers supports and contributes to this framework for effective flutter app development. Plus, developers have the backing of an entire flutter community.

Where Flutter is Used

What is React Native?

It is another widely popular open-source framework that works on JavaScript. React Native app development has the main aim of native rendering of applications that are compatible with Android and iOS. A unique combination of XML- JavaScript and Esque markup is used to write React Native. This framework was created by Facebook for react native app development and currently, there are over 50 dedicated engineers working on React Native. The framework depends on native components instead of depending on web components as building blocks.

Where React Native is Used

Which One to Choose for Mobile Application Development?

Both of the frameworks are reliable for creating reliable applications. However, there are different use cases where you should choose one of the two options.

Flutter can be used for not only mobile and web applications; we can use flutter app development for desktop and embedded applications as well. It is much better when your application can be accessed through almost any device including phone, tablet, laptop, desktop, etc.

Flutter apps work with native code, thus improving the overall performance. However, these apps might face performance issues if the graphics functionalities are not optimized from time to time.

The traditional JavaScript developers consider that is much easier to learn React Native. Whereas, learning Flutter requires expertise in Dart programming language 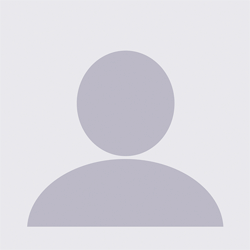