When you take a critical look at all the game apps that have hit a 10 million download mark and also maintain at least 2 million active players at any given time, you will find certain qualities in them. So, all mobile app development companies now strive hard to work towards these features. In fact, every mobile app development company should see them as requirements.

If you are also planning to develop a game app, you must also work towards all the requirements. The first and the most important requirement is to make your app free to download. Mobile app development companies have already uploaded thousands of free interesting games on app stores. So, being free is a standard. If you make the mistake of attaching a price tag to the download of your game app, users will be turned off. They will pass it off in a matter of seconds.

Yes, you need to make some money on your app to recoup the funds expended in building it but you have to explore other alternatives. You can make money through ads. In addition, you can offer some in-app items for sale but it has to be optional. Some mobile app development companies also give users the options of either playing the ad-laden version of their app for free or upgrading to a no-ad version at a cost. You can adopt it too. Below are the other requirements for a successful game app.

Even though the latest versions of operating system for Android and Apple devices are Android 8 Oreo and iOS 11 respectively, most users still use lower versions so, by raising the requirements of your app, you will be cutting off so many users. Some smart mobile app development companies still build their app to support android operating systems as low as Android 4 Kitkat. That way, they have allowed Android 4 Kitkat, Android 5 Lollipop, Android 6 Marshmallow, Android 7 Nougat, and Android 8 Oreo. This means more players for them.

Imagine how many players you will disqualify if your app supports only Android 6 Marshmallow and above. So, highly experienced mobile app development companies understand that it is all a game of numbers and they play the game so well.

You can never get it wrong with visually stunning graphics. This is why developers have made it a standard to adopt 3D graphics because it is very attractive. Make a list of your 5 best game apps if you have. You will realize that more than 3 of them (if not all) have fantastic hyper-realistic graphics that simulate real life.

However, great graphics is just half of the job. You need to complete the other half with attractive sounds or sound effects that are appropriate to different situations in the game based on how it happens in real life. The combination of both graphics and sounds is what makes a game highly immersive and engrossing.

When a game offers tasks that are very easy, the game won’t be successful. Game players prefer games that offer tasks that require a considerable level of difficulty that will make them task their brain. It is this type of tasks that will engage players and keep them at the edge of their sits all through the game. When you now couple the engaging nature of a game with both fantastic sound effects and stunning graphics, the game becomes the bomb.

Games with unending levels offer unending fun. So, you should work on giving your game app numerous levels. The first version of Zuma Revenge had great graphics, fantastic sounds and it was also engaging but it was not so much of success because it had just 60 levels. The game can be cleared in just 2 to 3 hours. It is better to launch your app with at least 100 levels and you can keep increasing the levels with every update.

Right now, there are so many battle games, soccer games, bike riding games, car racing games, and even Zombie killing games that these categories of games do not attract players as much and fast as they used too. Players want entirely new concepts that they have not come across before.

So, it is advisable that you come up with unique concepts that will be strange to most players. Recently, a mobile app development company launched a bridge-building game app and it was embraced by millions of players because the concept is entirely new. Think of unique game apps.

The big drawback with game apps is that ardent game players usually delete games that they have cleared to create space for entirely new games. No matter how interesting a game app is, once a player plays it for a long time and eventually clears it, the game will no longer dazzle him. So, he gets to delete it to be able to try other games.

When games offer leader-boards, this does not only motivate players to download and install the game, it also motivates them to clear the game as quickly as possible because they usually want to see their names among the leaders. And when their names finally appear on any of the leader-boards, they will show it to their friends to prove their dexterity in the game.

So, it is a good idea to include leader-boards in your game. It is even better to offer real-time one-on-one mode where players can challenge their friends and other players in a real-time battle of supremacy. As much as players prefer to play games offline, they don’t mind using their mobile data for real-time player vs player duels.

In conclusion, every one of the requirements listed above is very important and none of them should be compromised when building your game app. 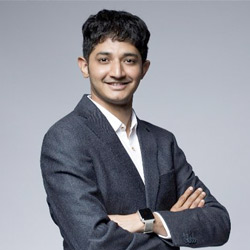 Harnil Oza is a CEO of Hyperlink InfoSystem, one of the leading app development companies in New York, USA and India having a team of best app developers who deliver best mobile solutions mainly on Android and iOS platform. He regularly contributes his knowledge on the leading blogging sites.