The Best-Selling Video Games Ever

The video game industry continues to evolve, but there are legendary games that have turned their creators into billionaires and have captured entire armies of loyal fans around the world, regardless of age. In this article, we have collected the most successful game projects that are not going to give up their positions but evolve along with technology.

This is the Soviet heritage that was released over 35 years ago and is still one of the most beloved games for both children and adults. Tell us honestly - you also played this game on your computer if you were born in 2000, or on the device of the same name if you are children of the early 90s.

A simple game of reaction and quick wits has contributed to the popularization of Soviet developers, and even now programmers from post-Soviet states are one of the most professional and sought after in the world. In those days, the people of this country still did not know anything about launching a new startup, and private entrepreneurship was prohibited in any form. However, it was this game that made it possible for Soviet technological minds to enter the world stage and hold their ground.

You or your child have definitely played this game. A simple interface, nice gameplay, and vibrant colors make this game involving, and this is probably one of the reasons why each of its next versions is expected to be even better than the previous one. And the ability to play and learn at the same time is the reason why parents allow their children to spend time with Mario, and from a very early age.

This game is known even to those who have never played it since it is a clear leader and best seller in all respects. This is a game without limits within the allotted playing field - do what you want and how you want. A mission or a full storyline is absent as such, which opens up opportunities for an unlimited flight of fantasy.

The main character with which you play is the king and god. This is what we are so lacking in everyday life - to feel that absolutely everything depends only on us. And this is one of the reasons for the worldwide popularity of the game.

Also, in an era when the creation of most games is the strictest secret, millions of people were invited to buy Minecraft and try it before the developers finished writing the final code. This approach has led to an unprecedented amount of useful feedback for developers and at the same time enriching their wallets.

Do you also remember the hype that rose after each new version of this game? And if you are from 25 to 30 years old, then you remember how Pokemon gained popularity, appearing in the form of children's cartoons and gradually turning into a huge industry. Children and adolescents who found the origin and development of this trend wore things with Pokemon, backpacks, and jewelry with Pokemon, read comics and watched animated series, and stuck posters with their favorite characters on the walls. Today, this wave of madness is a thing of the past, but video games and almost all of their versions have become bestsellers.

This is a relatively new game but it has taken its rightful place among the timeless classics. The football simulator, which now received integration with artificial intelligence, immediately won the hearts of fans of both real and cybersport. Players note that the AI ​​, in this case, is really smart and unpredictable, which makes the game truly addictive and close to reality.

The career of football players has also become more diverse. Football players began to get in touch with proposals and requirements more often, and the transfer registration system was completely laudable. Players have been buying football players for years, focusing on the numbers in the tables, and here there is full-fledged animation with negotiations, which greatly adds realism and a sense of direct presence.

If you also remember the saga with Mila Jovovich, then you are right. Resident Evil is one of the best-selling franchises, and a video game is no less spectacular than all five films combined. The first version was created over 20 years ago for the Playstation and immediately won the love of fans of the zombie horror genre.

So, as you can see, there are games that are so close to the hearts and computers of avid gamers that the year of their release no longer matters. The ability to feel superior, disconnect from reality and compete with powerful opponents makes the games that we have listed above classics and real best-sellers of all time. 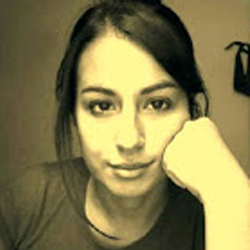 Barbara Elliott is a video games lover and The Word Point contributor. She also is an professional translator. Barbara loves games and linguistics equally so his blog posts are the kind of this unusual mix.