Playing Games on Android vs iOS: What are the Differences?

Some of the main differences between playing on iOS and Android devices can be found here. Android is regarded as being more of an open system, whereas iOS is a closed system. Android users have the ability to customise their handsets, but iOS users have very few customisable system permissions.

iOS software is used in Apple devices, and Android is the standard software used in most other smartphone and tablet devices, such as Google, Samsung, Asus, and Vivo smartphone and tablet devices. What are the main differences between playing mobile games on Android devices and iOS devices? Find out here. We can start by taking a look at the difference between some of the games.

Top mobile games to keep an eye out for in 2022

Here are some of the best android games and iOS games that are worth keeping an eye out for in 2022. Starting with some of the best games for Android devices, you have hit titles, such as Star Wars: Hunters, Jurassic World: Primal Ops, Diablo Immortal, Air Twister, and Dungeons of Dreadrock. If you enjoy playing any of these great games, then you may also like to try Dislyte, Yu-Gi-Oh! Master Duel, and Final Fantasy VII: Ever Crisis. Some of these mobile games are free to play, and others can set you back anywhere from just a few dollars up to usually no more than $50.

Over a certain period of time, the running performance of your average Android operating smartphone or tablet device is likely to get worse, but in iOS devices, it’s not likely to decline as much. In short, iOS devices are a much better option for gaming. One of the other differences between Android and iOS devices is the different voice assistants.

For example, you have the Siri voice assistant on iOS devices and Google Assistant on Android devices. Between the two, Google assistant is regarded as being far superior. Also, iOS applications can only be purchased in the Apple app store, and gaming apps for Android operating smartphones can be purchased from the Google Play app store.

While there are several noticeable differences between Android and iOS devices, there are also several similarities. Here are some of the main similarities. With regard to both Android and iOS software, privacy and security are the top priority. Each application that you use comes with special permissions, which greatly reduces the risk of being hacked and having your personal details stolen.

At a basic level, both devices perform relatively identical functions, and they can be used for the same tasks (e.g., online shopping, banking, streaming TV shows and movies, gaming, checking the weather, social media, voice commands, and even working remotely). Appearance-wise, when switched on, they both have a status bar that displays Wi-Fi strength, the date & time, the latest app notifications, how much charge is left in your battery, and other important info. Both Android and iOS devices support touch-screen technology, and when browsing your favourite websites, both operating systems support the 4G and 5G cellular networks.

Best Android and iOS devices in 2022

Some of the best Android mobile devices for gaming in 2022 are the Asus ROG Phone 6 Pro, the Xiaomi Black Shark Pro 5, the Nubia RedMagic 7S Pro, the Samsung Galaxy S22 Plus, the Motorola Edge Plus, the OnePlus 10T, the OnePlus 10 Pro, and the Google Pixel 6 Pro. Depending on where you buy one of these devices from and whether or not they are brand new or second-hand can see you spending anywhere from as little as $150-$200 up to usually no more than $1,200. In comparison, most of the mid-range Android and iOS smartphones today will set you back anywhere from around $300 up to $800. 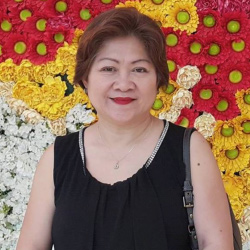 Bernadine Racoma is the Content Manager of WorkSmartr.com. Her long experience in an international development institution and extensive travels have provided her with a wealth of knowledge and insights to cultural diversity. She writes to inform, engage, and share the idea of the Internet being a useful platform for communicating, knowledge sharing, educating, and entertaining.