Apple’s iOS 11 Features That Are Significant For App Developers

Apple's iOS 11 is the most advanced mobile operating system that comes with dozens of new features for iPhone and iPad users. The all new iOS 11's features are not only limited to users, but enormous features matter most to iOS developers.

Now, there are thousands of developers, who are digging into the new features and updated toolsets as they are working hard on this platform to identify opportunities to develop some new and improved app-based experiences.

With every new version, Apple's operating system is becoming more powerful and bringing many new capabilities for developers. Even, Apple has introduced approximately 4000 new APIs for developers to take benefit of and executing in an application when developing.

In this blog, I have listed top features of iOS 11 platform that matters most to App Developers:

For iOS app developers, this new feature plays an important role in the Apple's new Vision framework based applications that offer real-time image/video capturing or image handling can be able to detect faces and facial features.

One of the best things about this is that it is very much simple for developers to take benefit of this feature for image-based applications. Let's take an example, applications can be included a virtual accessory to someone's face in real time.

As we all know that iOS 11 does the heavy lifting, so it doesn't require the same level of developer skill as custom developing the same competence in earlier generations of the iOS. The OS also provides enormous tools to help the placement of interface elements on a specific place within the image.

Apple's iOS 11 platform comes with a modified focus on machine learning, and mainly it is working in natural language processing. The OS has the capability to identify the people's names and places with greater intelligence. Along with it, it comprehends addresses and numbers, which include a phone number also.

It is also said that the long phrases can be linked automatically to related content. Now, it becomes also possible for iOS app developers to trigger changes to UI based on text input.

You can imagine that there is an application that can sense your mood and respond accordingly with content, which might improve it. Such capabilities have the latent to make a big improvement to user experience in applications.

By launching ARKit platform, Apple has given a big boost to Augmented Reality. This new platform comes with a complete set of frameworks that can help developers to do things like insert virtual objects into the world of you with the device’s camera.

Now, it becomes a lot easier for iOS developers to develop games like Pokemon Go easily as Apple has delivered the complete toolkit that made developing more interactive augmented reality apps a lot simpler.

So far, there are enormous augmented reality apps have been developed using ARKit platform, comprising a range of features. Some of the AR apps areFitness AR,BrixAR, etc. Developers have started leveraging ARKit and its tools for users to virtually try different items like Goggles, clothes, furniture, etc.

The all new launched Swift 4 develops on the strengths of Swift 3, offering advanced and robustness, delivering source code compatibility with Swift 3, making advancements to the standard library.

It also adds enormous features like smart key paths and serialization all while decreasing build times, efforts, and reducing the size of app binaries. This year, Xcode 9 comes with a great new editing tools like a brand-new compiler written specifically for Swift.

The new Swift compiler promises to enhance development times and file indexing. Improvements like these are important to keep Swift moving forward and boost adoption.

The new and improved SiriKit allows iOS applications and watchOS applications to work with Siri, allowing users to get their things done with their content and services making use of their voice.

For the very first time, applications can deliver transactional features through voice control. For an example, users can ask to transfer money, check balances, pay bills using banking application. Now, it is also possible to develop and edit notes and lists in a shopping application, so it can ease your hassles.

So, these are some of the major features that are specially for iOS app developers, allowing them to develop advanced applications that are more interactive. There are numerous features in the all-new iOS 11 to take benefit of – and there is also a chance, as with any release, some old features can break.

In case, if you have your own iOS app and thinking to update it for iOS 11, lots of iOS app development companies are there that offer some free device. So, discuss your requirements today with any iOS app developer and get an instant solution. 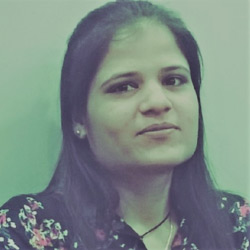 Jyoti Bharwani is a Content Manager at Space-O Technologies that is specialized iPhone app development company. She has keen interest in writing about mobile apps development and marketing. In free time, she prefers reading about non-fictional books.