6 Questions To Ask Before Localizing Your App

We live in an ever-more connected world, and for new tech products, there is now the real prospect of targeting a global customer base. Localization is the process of adapting your app for different regions, languages and cultures. It's one of the most important aspects of creating an app if you want it to succeed in countries outside your own. Localization will ensure that every user has the same positive experience with your app no matter where they live or what language they speak.

In this article, we will explain what app localization entails, why it is so important, and highlight six key questions you need to ask yourself when you get started with the localization process.

What is App Localization?

At its simplest, app localization means that your app's text is translated from the original language into a new language. This should include everything from menus to product descriptions to error messages.

However, the most effective localization does not just change the language, it also considers other important aspects such as culture, idioms and slang as well as practical changes like international payment systems.

There are several key reasons why mobile apps should be localized:

With so many potential benefits of localization, it is crucial that you get the process right. To help put you on the right path, here are six key questions to ask yourself:

1. When Should I Start Planning for Localization?

It is very important that you start planning your app localization at the earliest possible stage, preferably during the early app or product design stages. This is because the earlier you start, the easier it will be to design your app with localization in mind. For example, if you are building a chat-based app that relies on text input then being able to do this in multiple languages should be part of your app function and screen layout plans from day one.

2. Which Regions Should I Focus On?

Generally speaking, the best regions to focus your localization efforts on are those with the most commonly spoken languages and the most potentially profitable markets. If your app's original language is in English, the best regions to localize for are likely to include China, India, Brazil and Spanish-speaking countries across Latin America because these are enormous emerging markets.

However, there are certain apps that are designed for a specific purpose and region where language and profitability are not the priority. For example, there is a range of apps designed to help people in the Third World with everything from healthcare to deliveries in hard-to-reach places.

3. Can I Use the Same Version of the App in Different Regions?

Absolutely not. It is crucial that you develop unique versions of your app for each specific region that the app will be available. Your intention should be to give every user the same positive experience regardless of geography or language and that means more than a simple translation.

You should always have someone on your localization team who understands the culture, history and heritage of each region so that they can best adapt your app for that specific population.

In order to create a unique version of your app for each region you will need to consider:

4. Do I Need to Find a Localization Service Provider?

100% yes! A localization service provider (LSP) is very important to ensure that every aspect of your app localization is up to scratch. Even major companies with their own teams of translators and international developers employ a mixture of in-house and outsourced localization to make sure their app is up to scratch and that they haven't overlooked something important.

An experienced LSP can:

5. After Localization has been Completed, Is That It?

Not if you want your app to succeed. Successful localization is all about the details, so once you've translated and localized your app for each region, you will need to check the new versions for potential issues. The main areas to look at include:

With the app market and smartphone market in general growing exponentially year on year, there has never been a better time to make your app available to international customers. Worldwide there are currently around 6.4 billion smartphone users but this number is forecast to rise to 7.5 billion in 2026. China and India, the two biggest markets that all app developers should be looking to target, currently have 918 million and 440 million users respectively. When you consider that the US and the UK (the two countries with the most English-speaking smartphone users) only have 270 million and 53 million users respectively, you can see why localizing your app for these regions as soon as possible is so important. 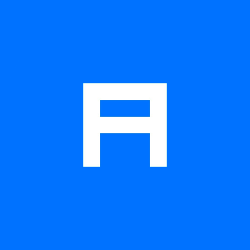 Alconost is a localization and translation service provider with over 100 native-speaking translators. They translate everything from apps, games, videos, software, website, and many more.