Most businesses now cannot think of digitizing their business without having an online and mobile presence. While many of the small and medium businesses just consider having a mobile website is enough to keep pace with the increasing competition on the digital landscape, mobile websites are losing popularity over dedicated mobile apps for more effective marketing.

Ionic is an HTML based open-source framework that is widely used for developing cross-platform mobile apps. The framework is widely popular among the app developers principally because it comes loaded with an array of UI elements for modern apps. Some of these pre-loaded elements include web forms, list views, search filters, tab bars, and navigation menu in the respective UI design.

Thanks to these ore-loaded elements developers can keep their concentration and focus largely on the core app development than creating an attractive and user-friendly UI. Another positive aspect of the framework is that it comes with a very low learning curve and any developer versed with CSS, JavaScript, or HTML can easily start using the Ionic framework.

Let's have a quick look at the key benefits of using the Ionic framework for mobile app development.

PhoneGap is a cross-platform mobile app development framework which is also known in the name of Apache Cordova. The technology gained huge popularity in all these years because it allows delivering a fully native user experience while the same app works on both iOS and Android platforms.

PhoneGap allows using the same codebase for building two app versions for Android and iOS platforms. The most important thing is PhoneGap comes with features that allow easy access to the native device functions.

Xamrin is one of the most popular cross-platform app development frameworks that comes with a lot of unique advantages. This is the framework that allows developers to use C# code for a multitude of mobile platforms such as Android, iOS, and Universal Windows apps.

The best thing about Xamatin is that it ensures a fully native app performance. Developed and nurtured by Microsoft the framework already enjoys the backing of a robust community of developers amounting to 1.4 million.

Let's have a quick look at the key benefits of Xamarin for mobile app development.

React Native is one of the most popular and widely used cross-platform mobile app development frameworks which is used by both small business startups as well as large apps belonging to Fortune 500 companies. React Native well known for reusability of the same codebase for multiple platforms and lower learning curve, helps building robust cross-platform apps at a faster pace.

React native utilized JavaScript in such a way that developers don't need to learn any other complicated languages for building apps for both iOS and Android platforms. Since React Native code is turned to native views, it allows delivering really smooth animation for the mobile apps on both platforms.

Let's have a quick look at the key benefits of the React Native framework for cross-platform app development.

Let us have a quick look at the key benefits of Flutter.

All the major cross-platform mobile app development frameworks we mentioned here have one thing in common. They allow reusing code and makes development easier with a lot of built-in tools and elements. As minimizing development time without compromising on the user experience has become the focus of most app projects, these frameworks just look befitting to such requirements. 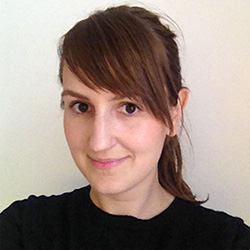 Olivia is the senior developer at CMARIX TechnoLabs Pvt. Ltd., a react native development company with years of experience. She loves to write on react native technical blogs and She believes in spreading tech trends. She is an avid reader and loves thinking out of the box to promote new technologies.