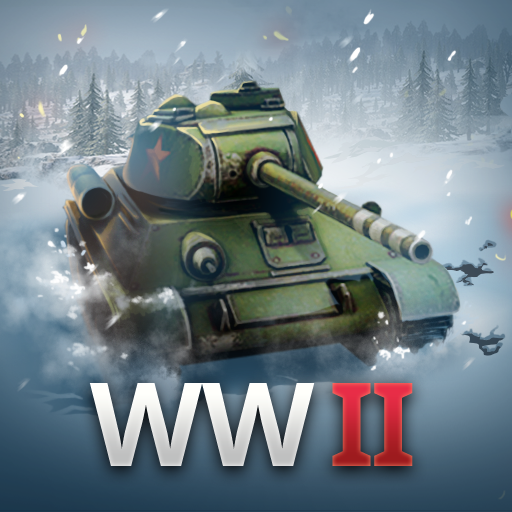 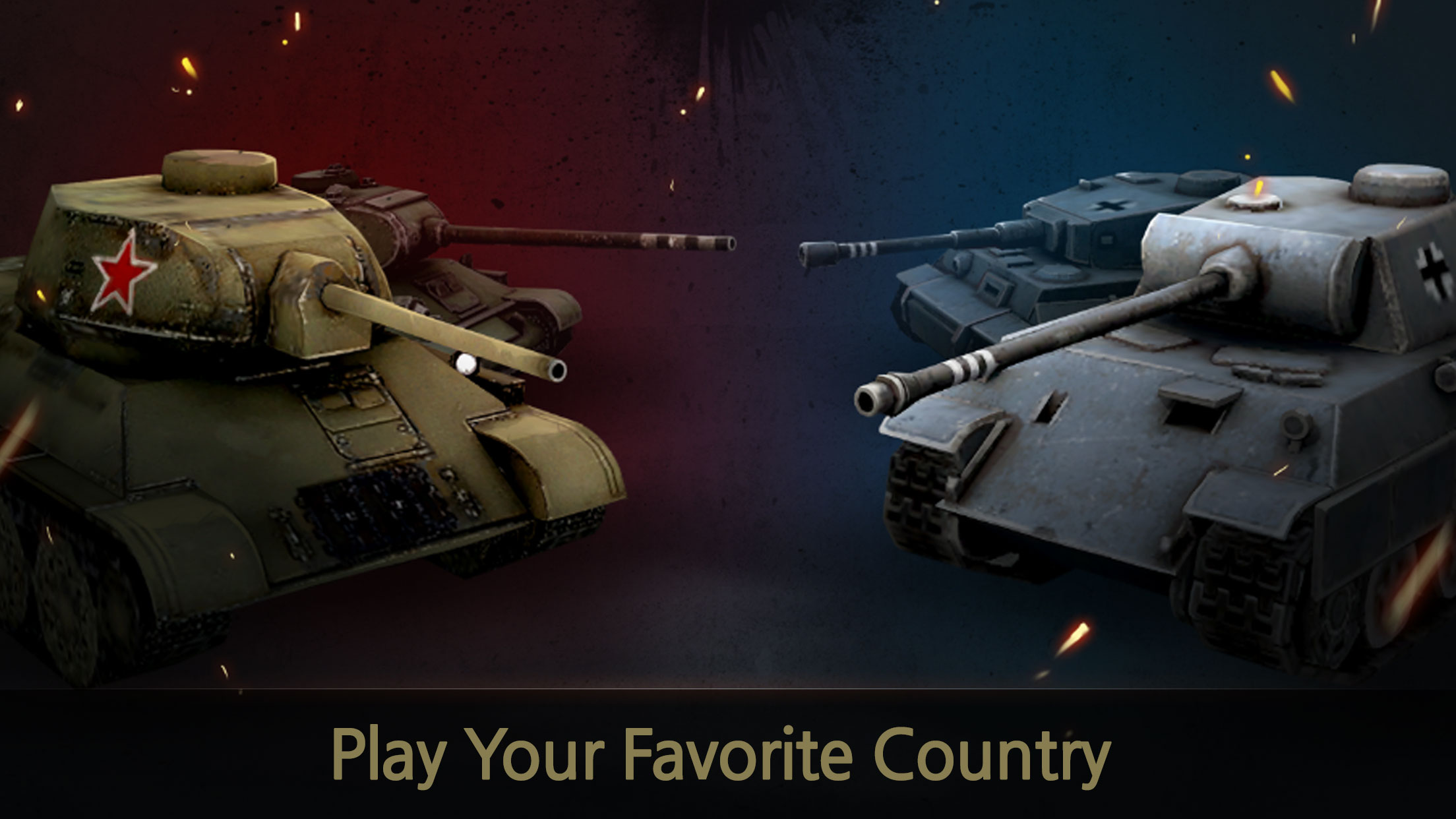 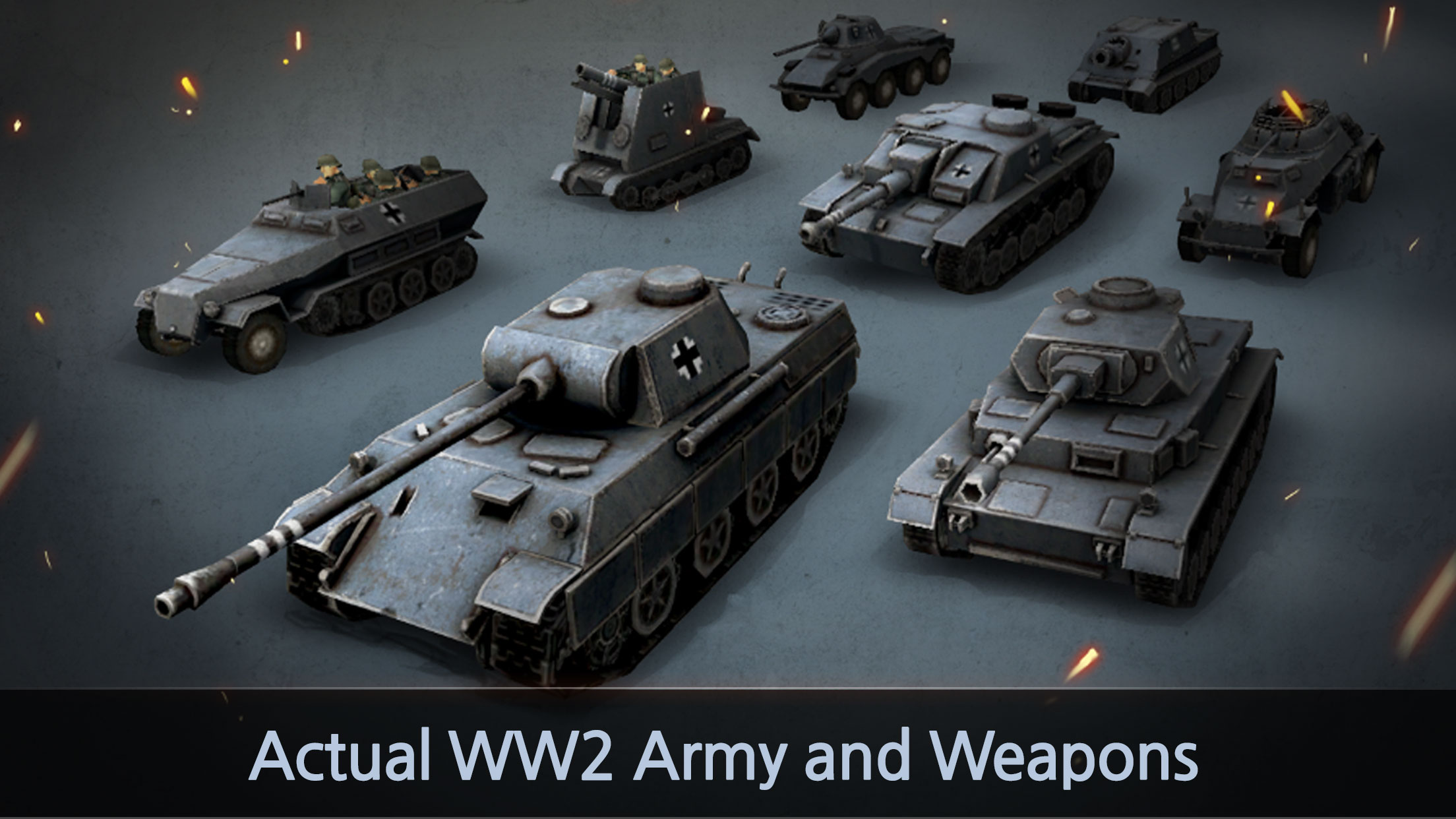 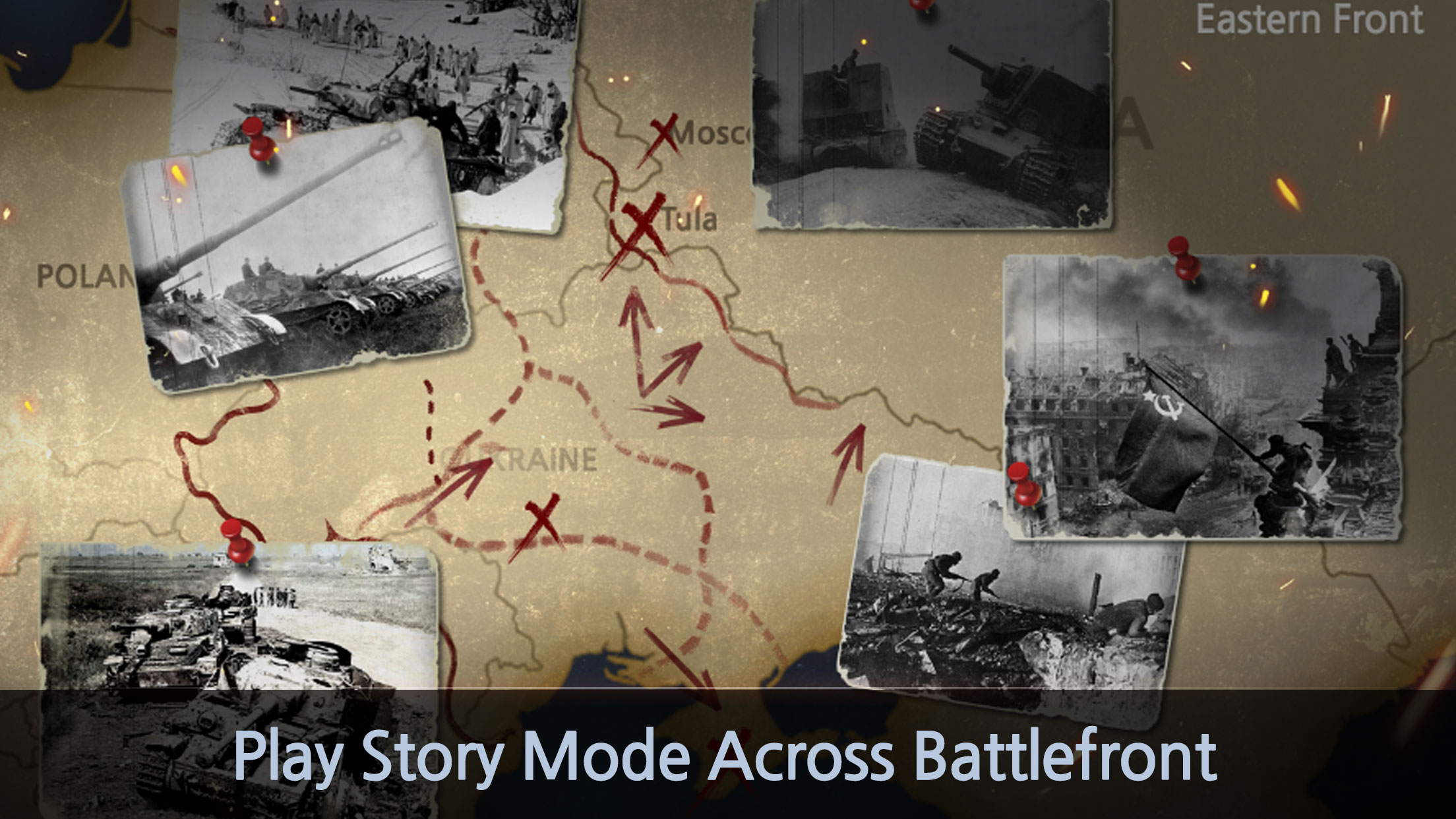 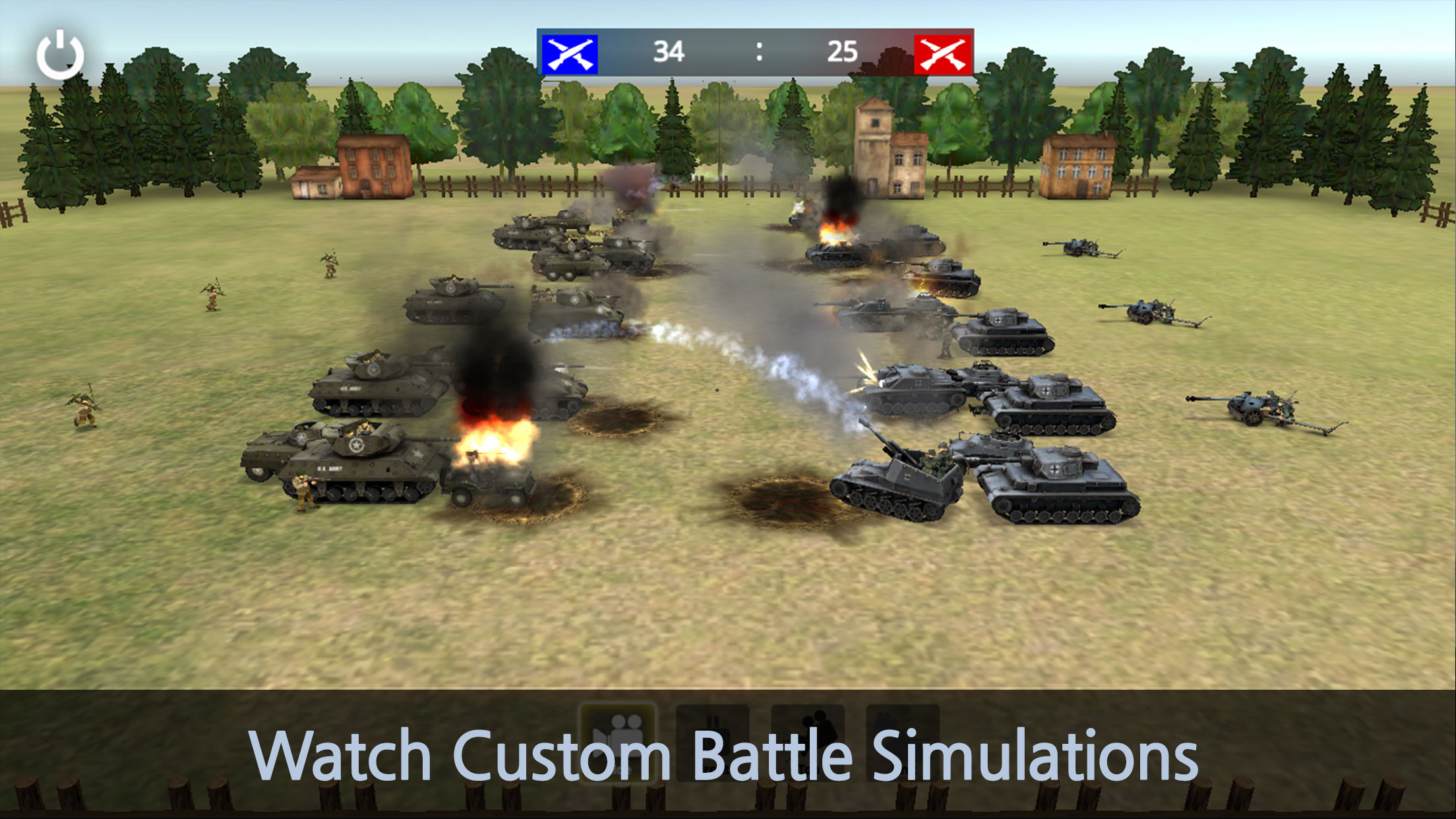 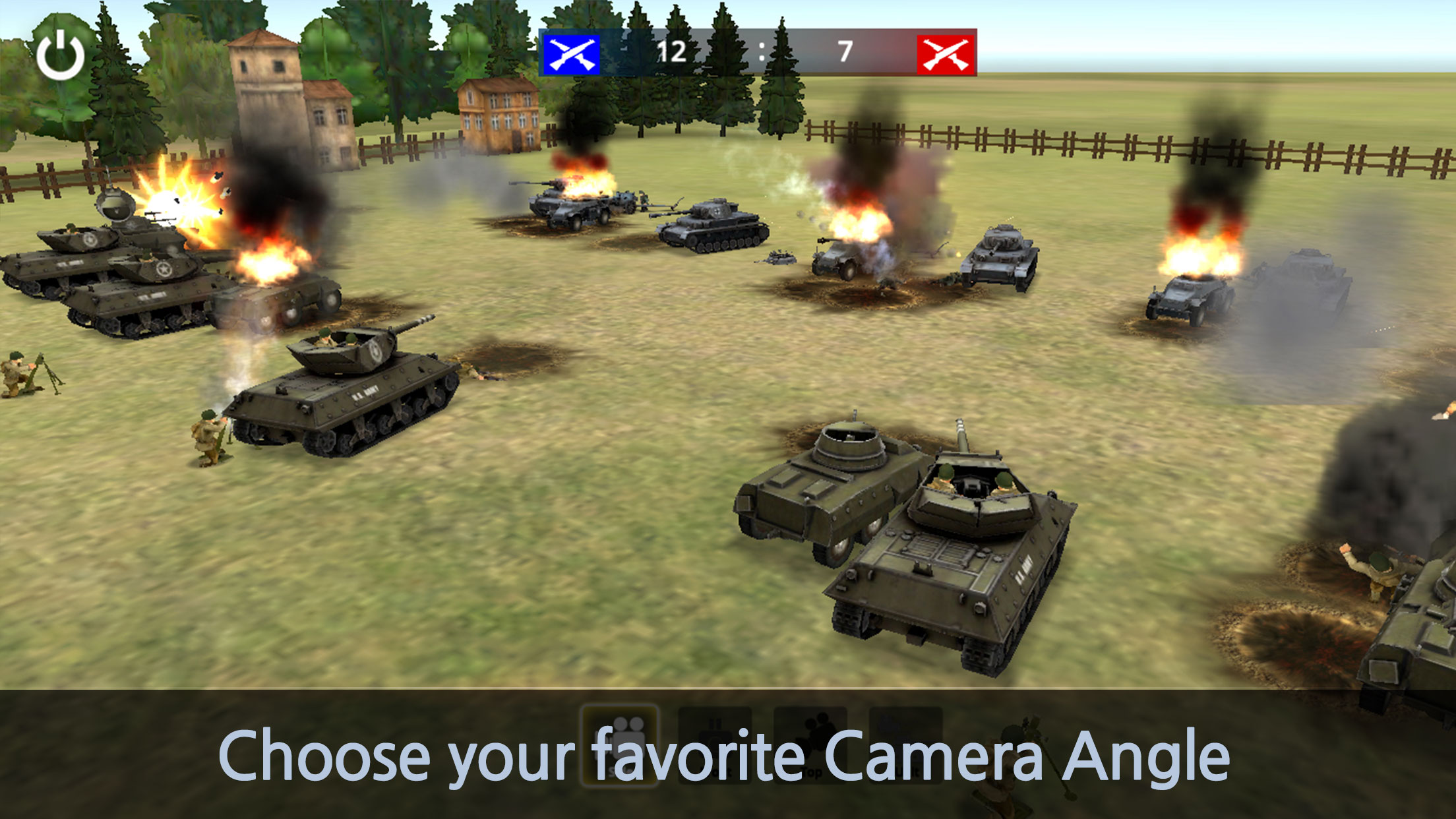 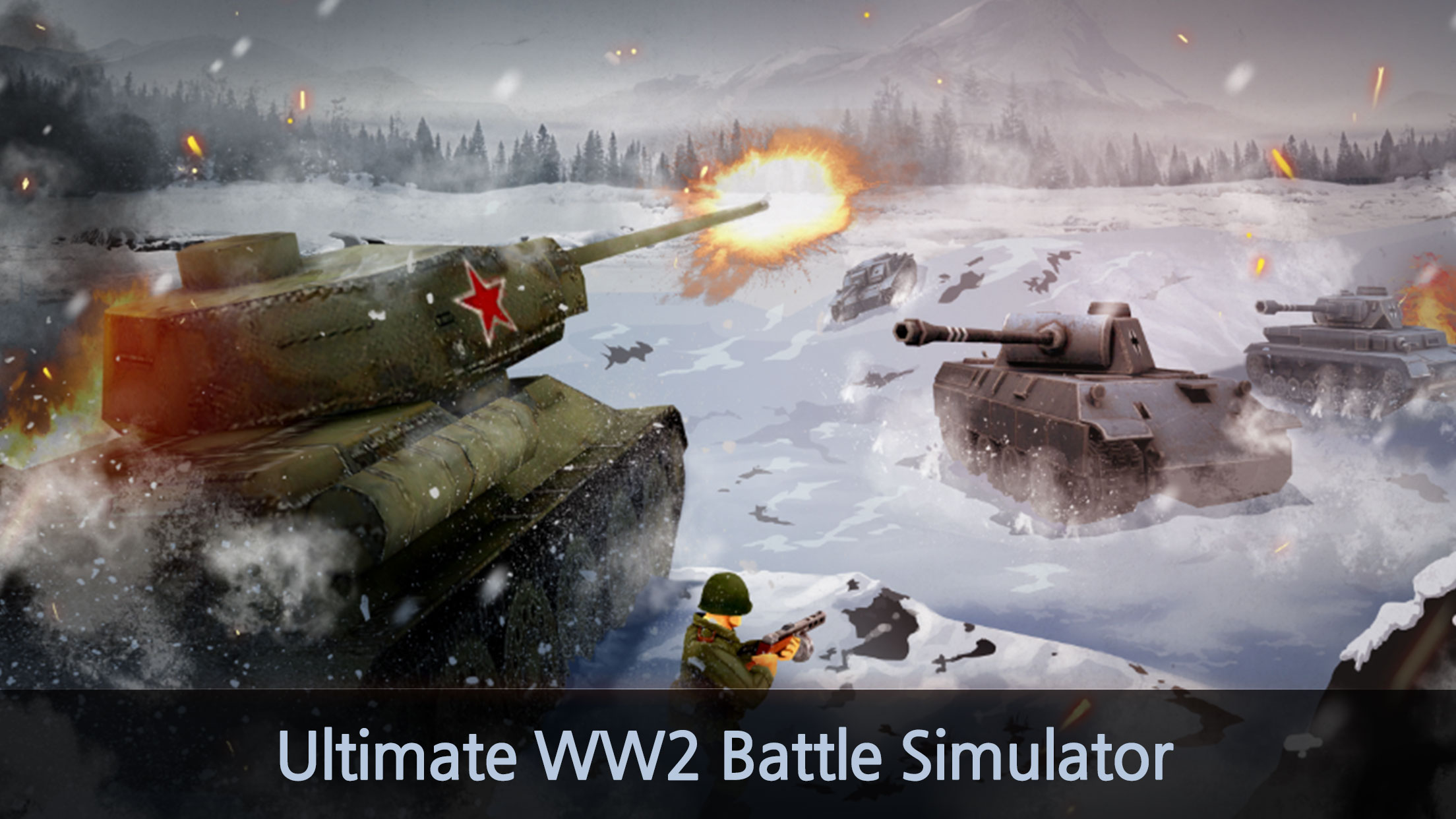 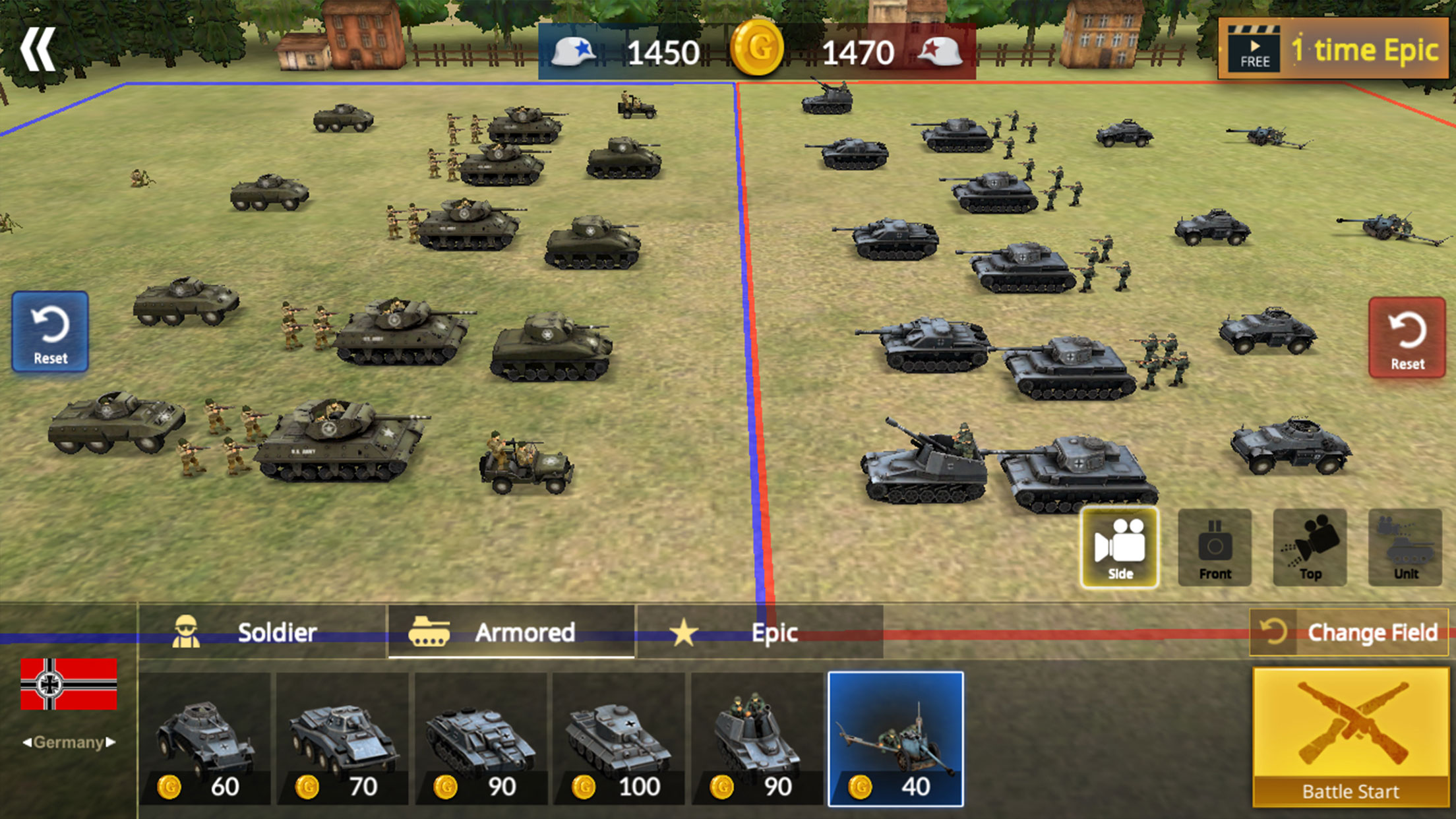 We hope WW2 Fans out there enjoy the great simulation fun and love killing time with friends debating over which side wins the battle. Along the way, players will learn the details of weapon technology that has marked a line in history.

WW2 Battle Front Simulator begins it’s story on June 22nd, 1941 at the Eastern Front. Dubbed Operation Barbarossa, Germany committed a huge force of troops and by August 25th, 1941 the eastern front was moving into Russia itself. Story mode takes players to major eastern front battles from Leningrad, Rostov, Moscow to Stalingrad between Germany & USSR. Later it takes players to the western front where USA attacks Germany  starting in France taking over one city at a time.

The game focuses on making the WW2 Simulator as real as possible. It begins with the ability of the players to play with actual Army and weapons from WW2 such as famous Tiger, Pershing and Sherman tanks. Players have the option of playing custom mode as every War Simulation fan enjoys setting up the troops and watching which side wins the battle. On custom mode, players can choose to play USA, USSR or Germany.