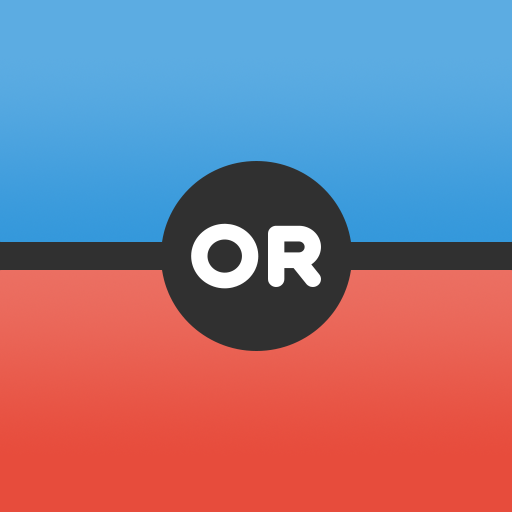 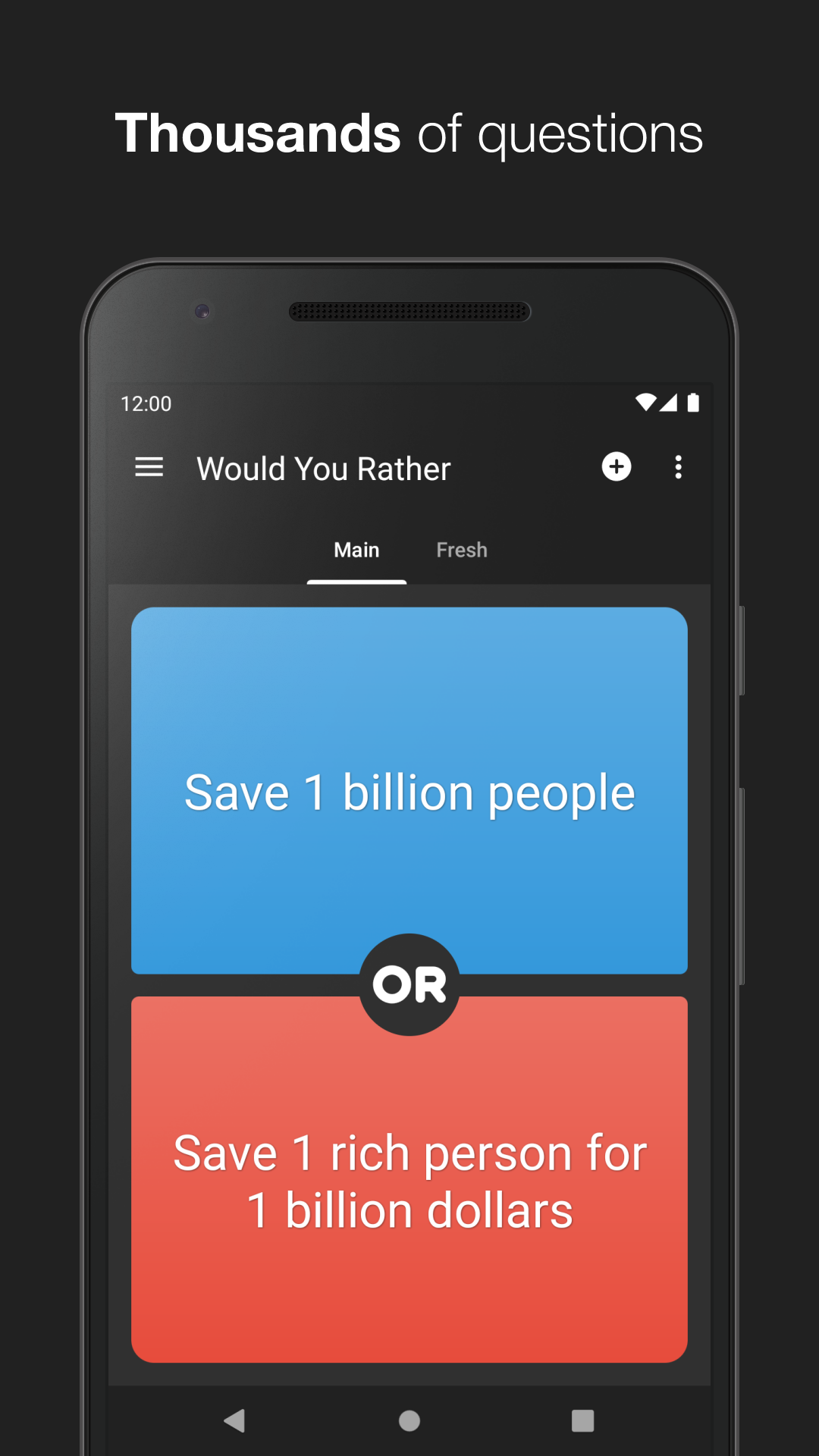 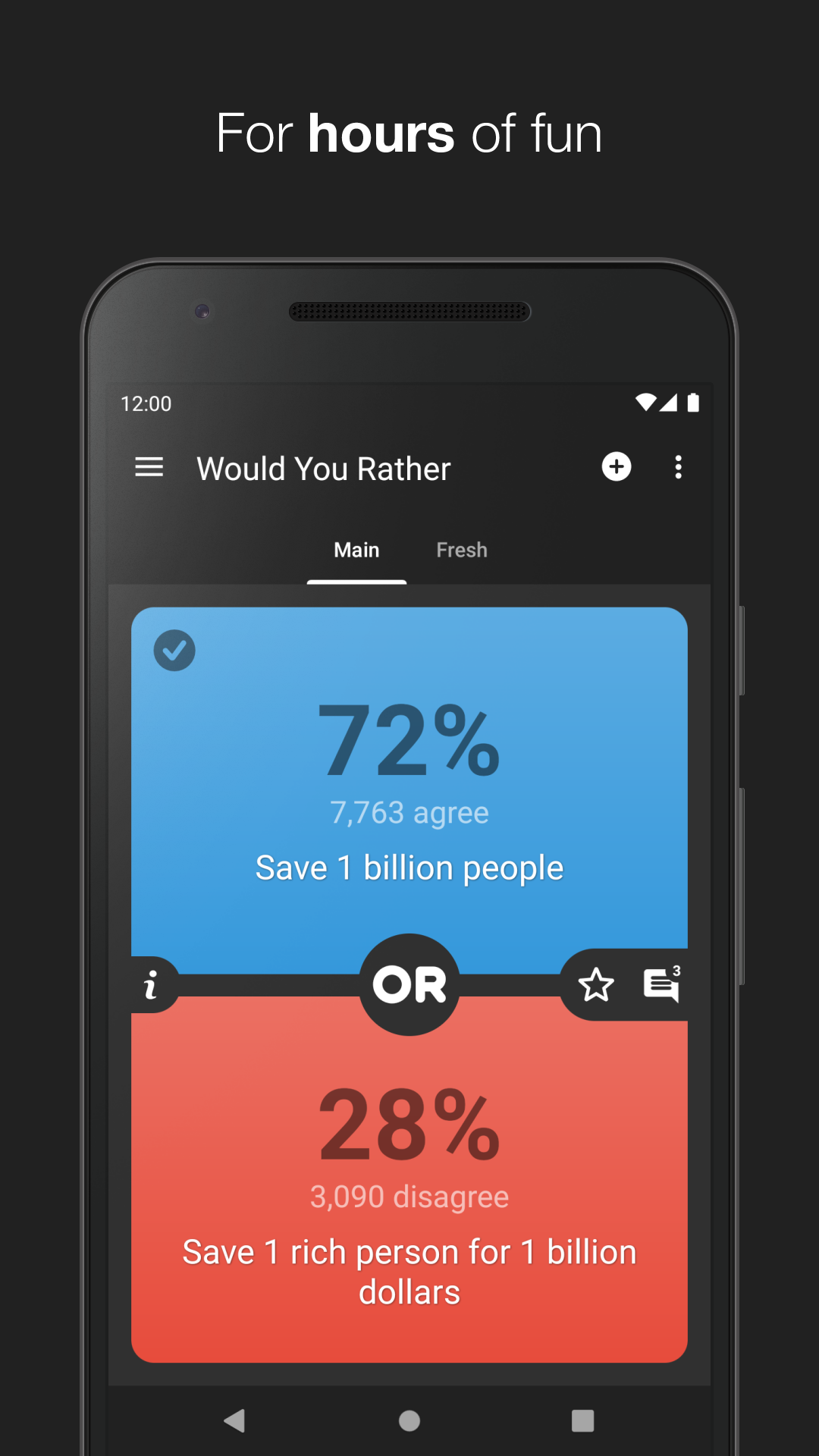 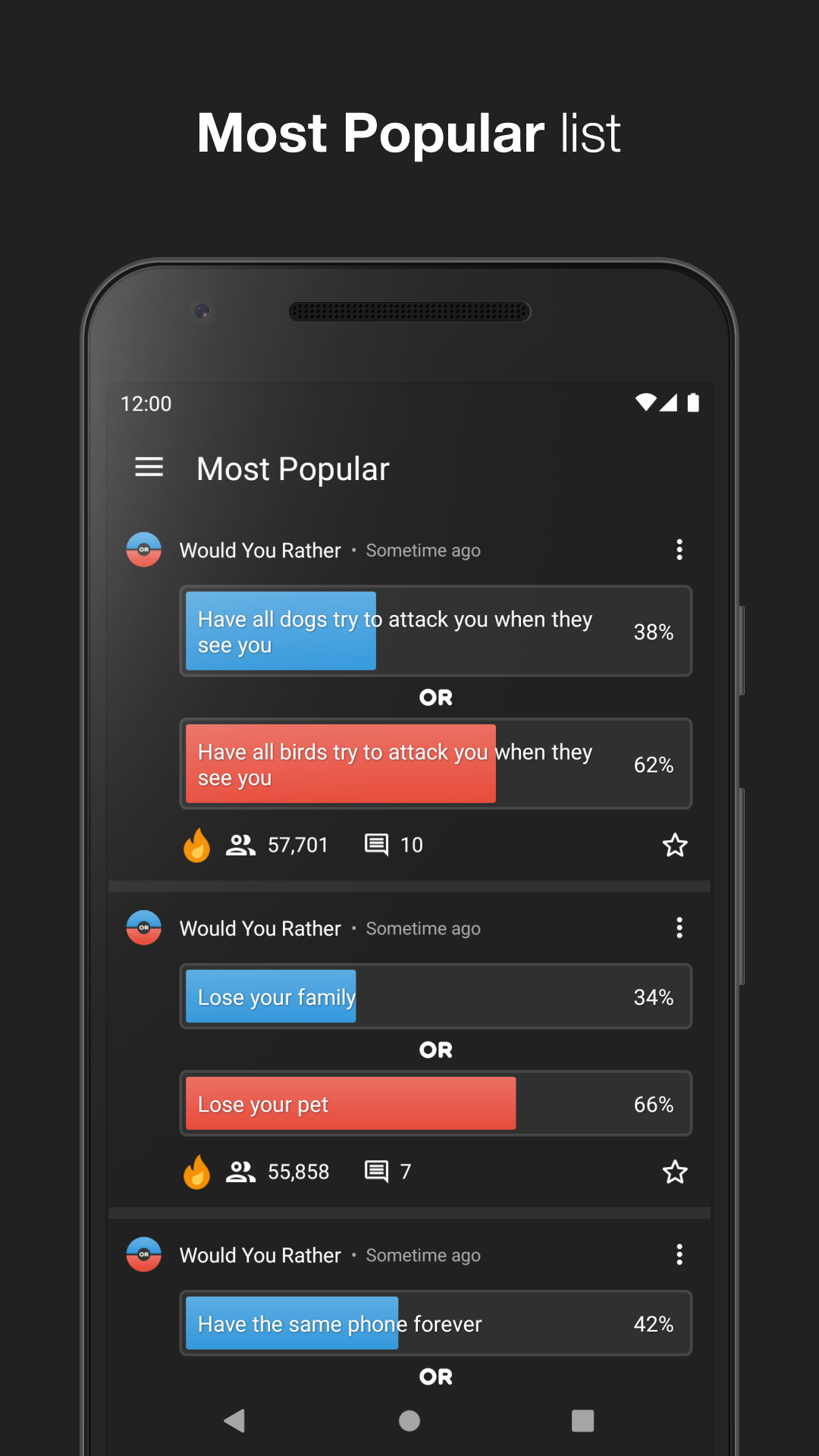 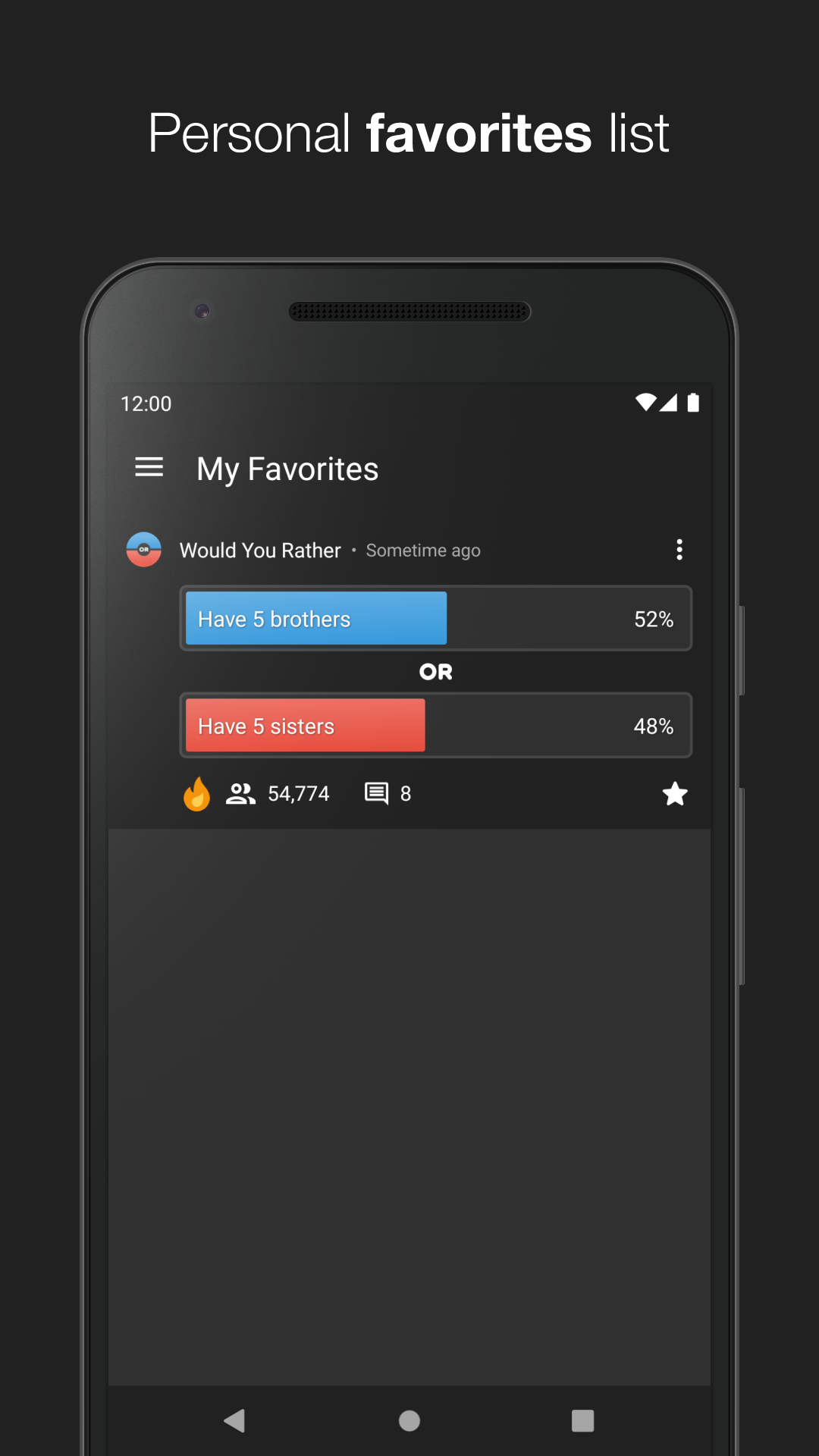 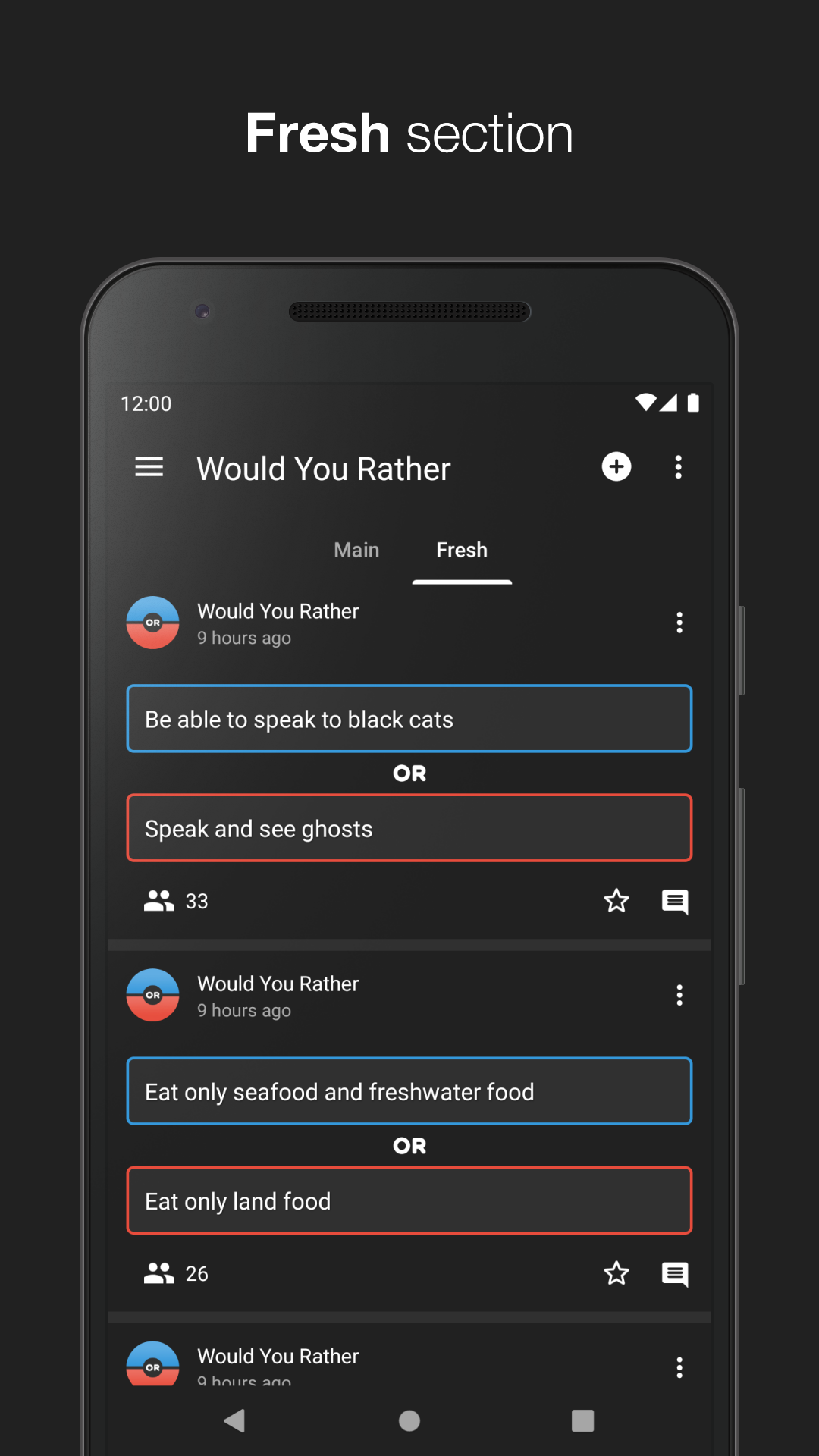 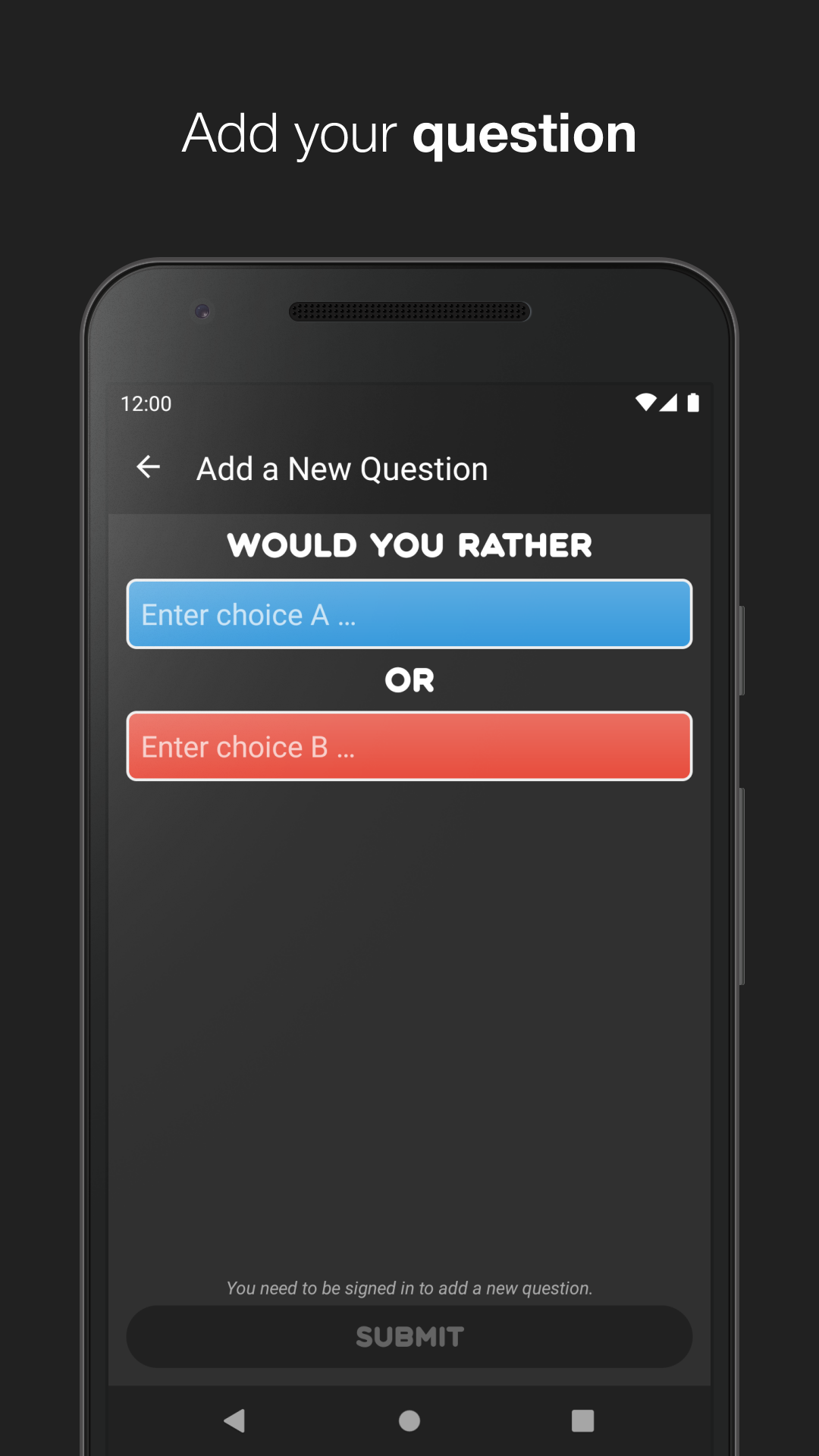 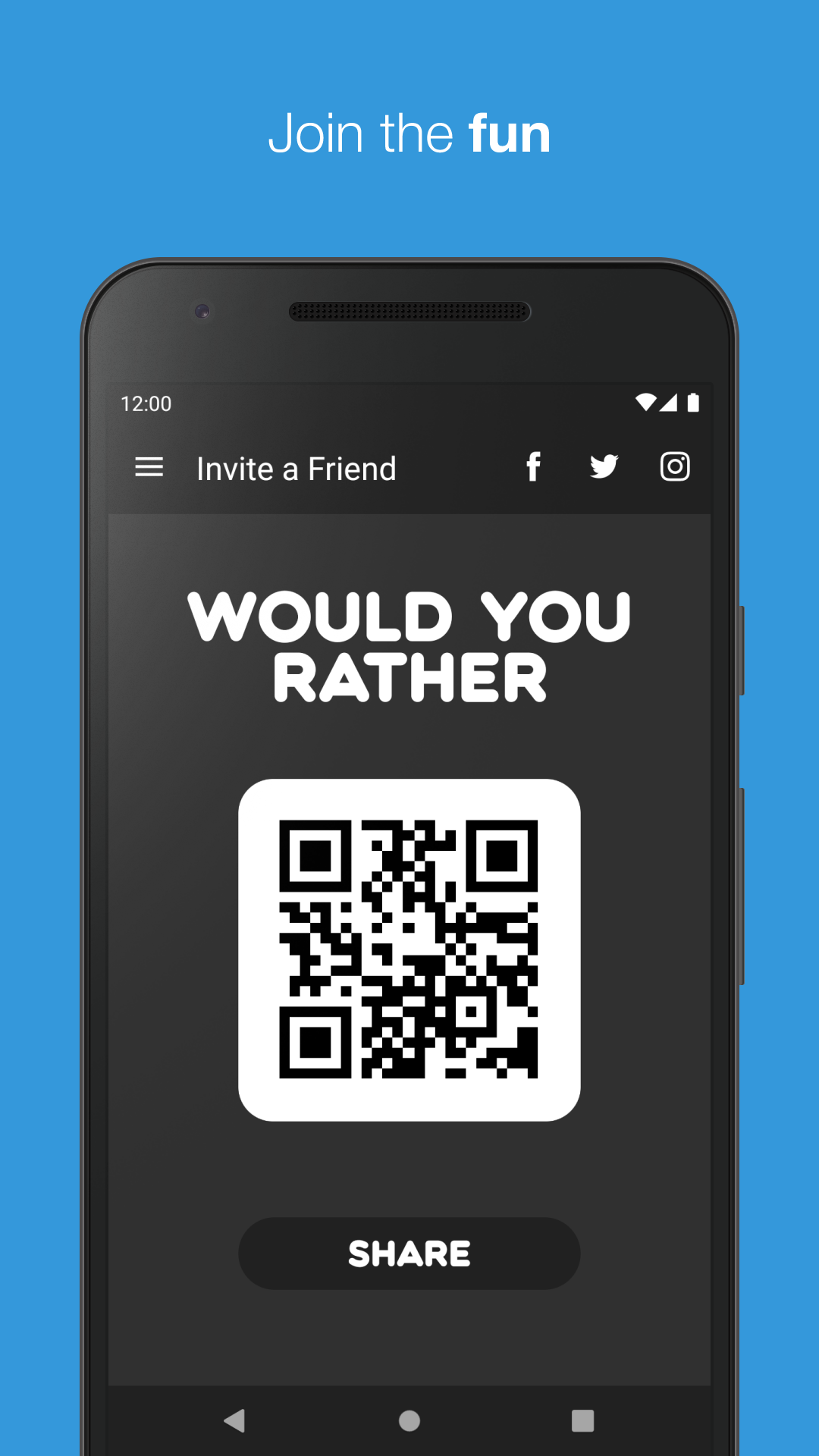 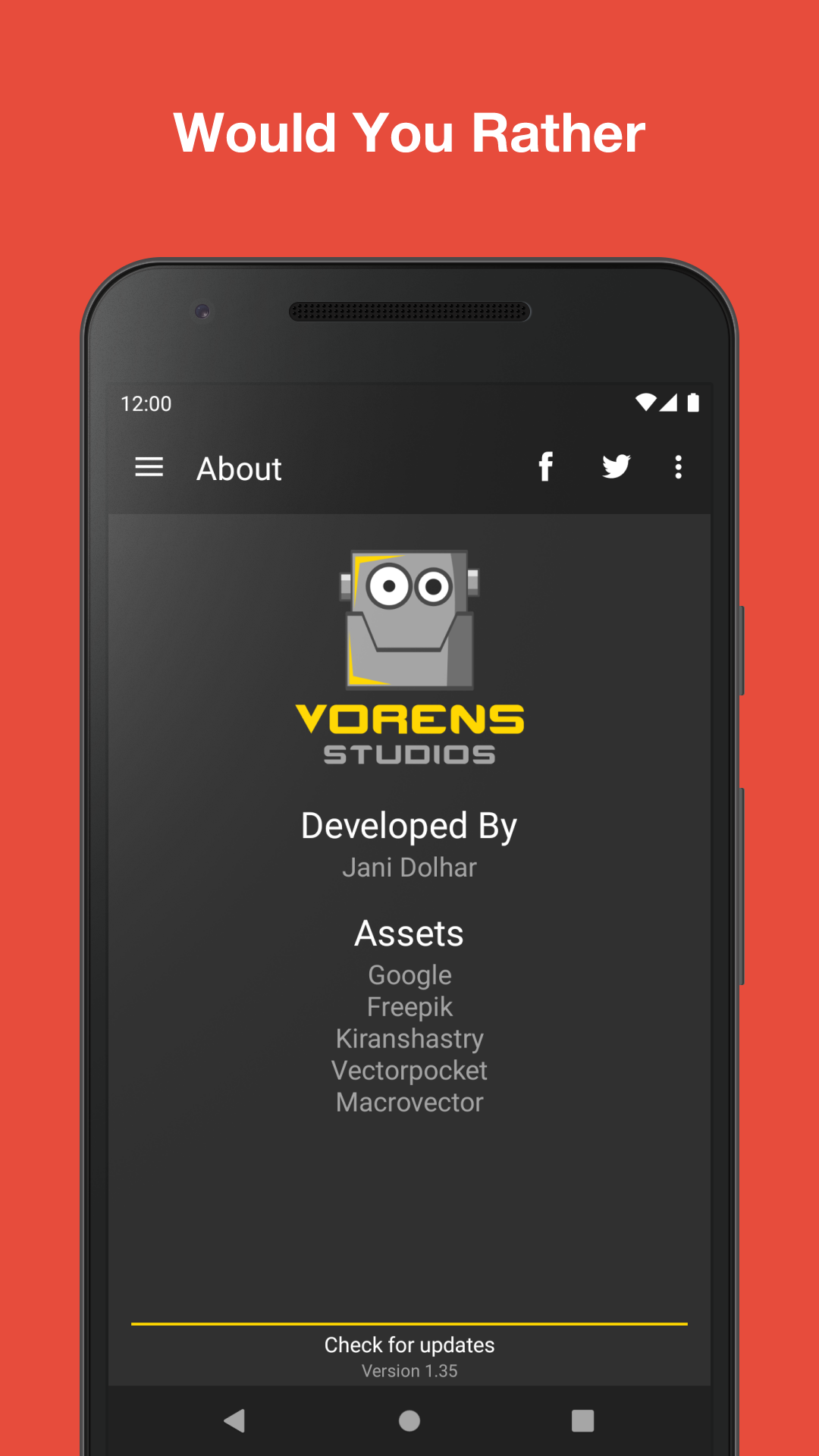 Would you rather use this app or be bored? Download Would You Rather now and join the fun!

The app includes thousands of fun, unusual, unique, and crazy questions to keep you entertained for hours.