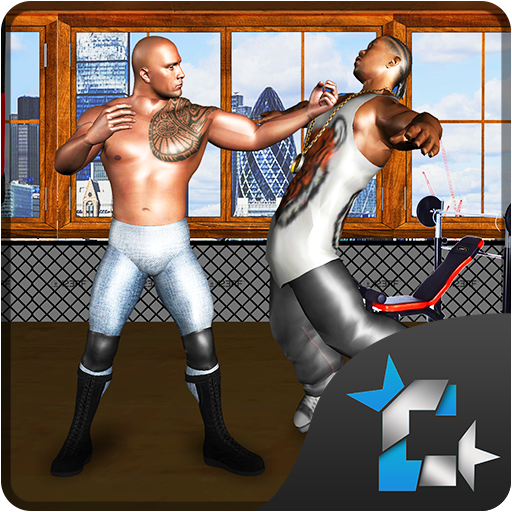 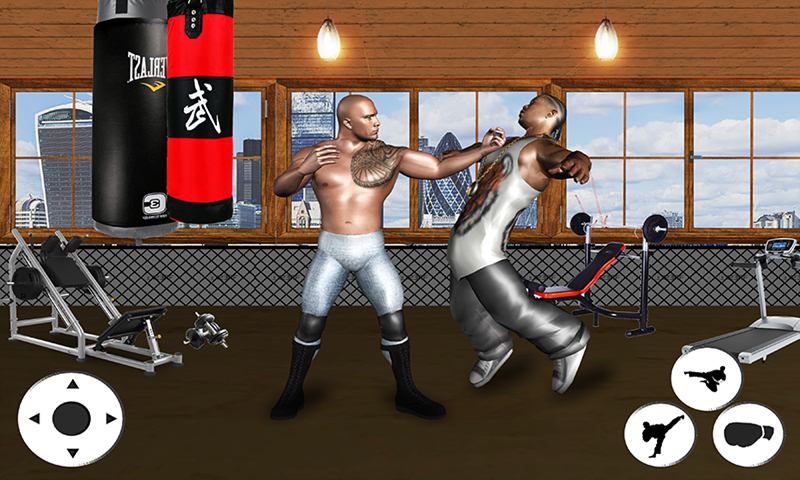 Do you want to aggressive in life or death fights against dangerous Gym fighters? We are introducing the new devastating fighter like Rock Hero, Funny Hero and Gangster Boys that are ready to make the gym as a battlefield in this Virtual Bodybuilder GYM fighting 3D. This time, the fighters come from different countries. They are masters of specific fighting styles and unique special powers. Choose your favorite fighter fights with dangerous bodybuilder rivals in the GYM with the help of different fighting combos and gymnast techniques.

Enjoy the most amazing and thrilling Virtual Bodybuilder GYM fighting 3D action simulation to play with incredible gameplay. Unlike the other fighting action game, Virtual GYM fighting once again back in to the GYM of the vice city to take back his honor in the gaming world of Virtual Bodybuilder GYM action simulator. Crazy bodybuilder or fighter with face to face combat & beat them all in the gym arena. So get ready and start virtual gym fighting match competition in this gymnast championship.

Virtual Bodybuilder GYM fighting 3D is action game with thrilling gameplay where you play as GYM Fighter, Funny Fighter and Gangster Boys fighter fight with wrestler enemies in the gym arena. Choose your favorite player with amazing attacking skills like martial art mix combos, powerful punches, flip kick, as well as devastating combos. Moreover these players having their own special attack to kill the any enemies by using his special moves and incredible fighting skills. Survive on the gym battlefield leaving your opponent no chance to stay alive! Beat all your opponents and become the free man.

The enemies not over yet you have to defeat the main fighter which is choose at start the game, So you have to take back your honor that you have lost. Show your brutal mortal fighting skills in each mission to get more score in this virtual gym fighting 3D. Use punches and kicks with accuracy and quickly. Take timely decision, attack on enemy with punches and kicks on proper time. Block enemy attack using accuracy and speed in your actions. Opponents are ready for hard punch and kick to show. Use enemy power against himself. In the sense of real self-defense & combat game.

Virtual Bodybuilder GYM fighting 3D game is especially designed for wrestling games lovers & martial artist fans. Just grab your amazing fighter like killer Rock Hero fighter, daring Funny Hero fighter and the mafia Gangster Fighter to fight for your freedom and honor. You can easily unlock the other fighter hero by making more score easily. 3D graphics and strange camera angles made this game crazier and addictive. Fight like the legends and make a tremendous blast in the gaming world of Virtual Bodybuilder GYM Fighting Simulator.