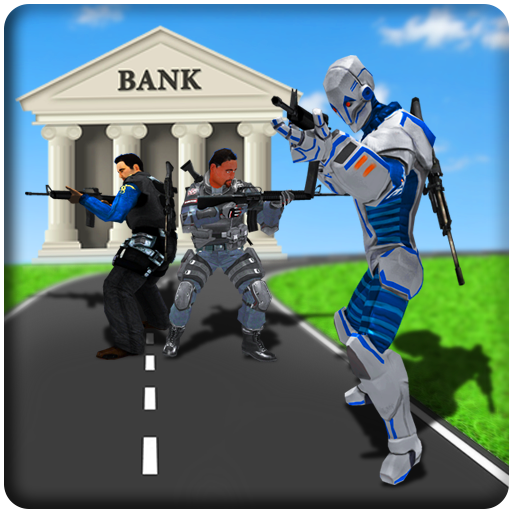 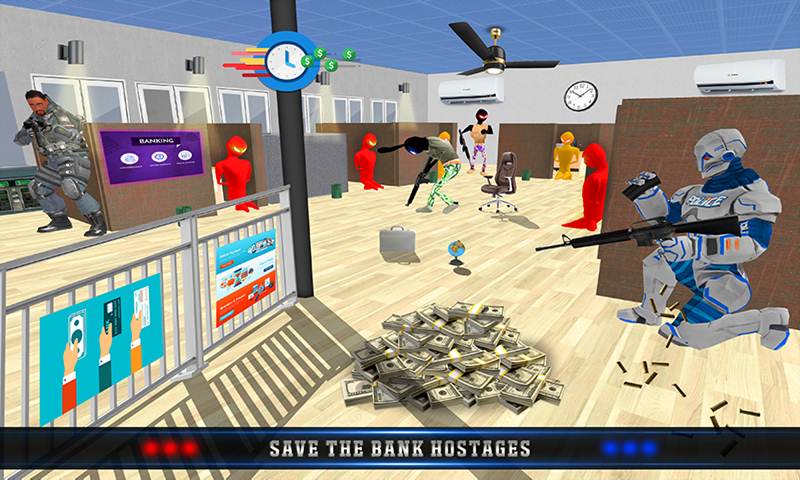 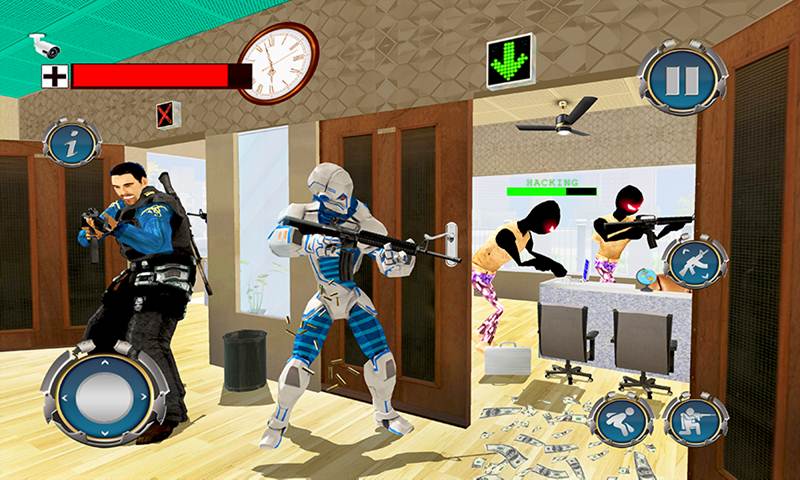 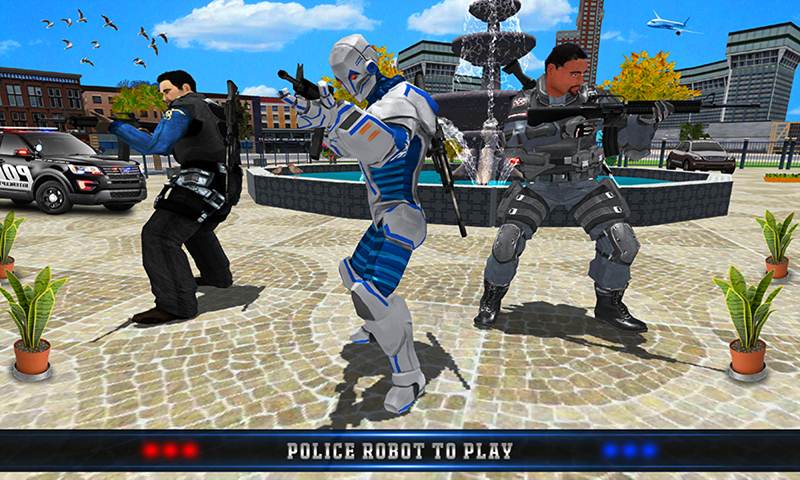 Are you ready to defeat the thugs and robber who are trying to rob the central bank of the city? If yes then get the Police Robot Bank Robbery City Crime game and become US Police robot hero for your nation. These virtual cop robots are specially programmed to catch the thieves and burglars who are involved in robberies. Catch the bank robbers red-handedly, arrest them and take to the city central jail for further investigations in this robot game.

This grand bank heist is a much bigger robbery of the world that is going to do by the stick villains. Play the role of the US police robot cop squad and stop the bank robbery as well as save innocent civilian hostages in this robbing game. Robbers will try to seize the ATM machine and rob the bank cash in Police Robot Bank Robbery City Crime game. Defeat all the stick squad and before they steal all the money from the bank. Fabulous 3D bank and city environment to play the bank robbery game.

Enjoy the US Police Robot Bank Robbery City Crime game that contains the chasing and robbery missions for the virtual robot cop games lovers. Fascinated robot cops vs robbers missions in the grand city made this bank heist game addictive. You are a high-tech robot that programmed to catch the gangsters and thugs in the grand city.

Stick gangster are active in the bad activities they will rob the city banks at any time and as an intelligent robot cop, you have to prepared for battle with the bank robbers. Show your best elite robot skills and defeat the master robbers in this bank rob game. Become a cyber-artificial intelligent robot and save central bank from the criminal’s robbery.