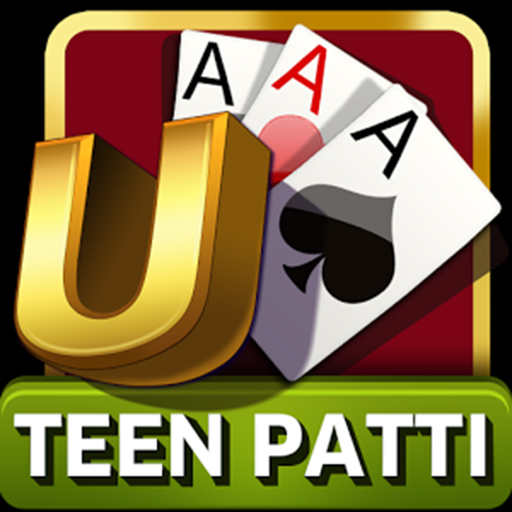 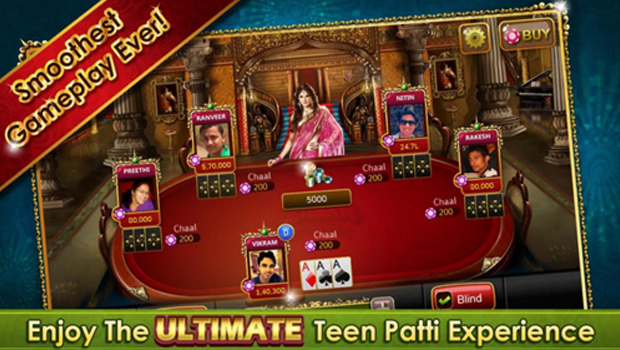 Ultimate Teen Patti  is undoubtedly a robust virtual take on the traditional card game flash and is apt for playing on Android 4 and above. The game is about efforts and a smart play, undoubtedly, but what also plays a major role is chance. All your strategizing and dazzling ideas can prove futile if your set of three cards don’t fall right.

It has not been more than a year since the launch of the app by Play Games 24x7 and yet Ultimate Teen Patti has managed to become the highest grossing game in the Casino category on the Google Play Store (India) and the number 4 grossing Android app in India. Thanks to its slick gameplay and fuddy-duddy graphics which have been revamped to revive the traditional card game court in session.

The game is pretty simple to understand. The fundamentals are just about right and if you have played flash before, the game will be all too familiar. The touchscreen controls and smooth animations will build up a good impression. The dealer distributes the cards and each of the 4 to 7 players gets a set of three. The pack is shuffled and distributed as randomly as the game and as its players are pitted against one another.

You may see your cards or choose to play blind but if you have seen the set, you have to pitch in double the boot amount than the blind players. I mostly played seen and being as amateur as I was, I would switch tables as soon as the set was planning to give me a beating.

After a brief rendezvous with Ultimate Teen Patti, I was reminded of the reason I enjoyed the game in the first go – its expectedly top-notch graphics and always another thing to keep you busy. Those may be tournaments or no limit tables or bonuses coming every few hours which are not just missed by you if you do not play but they miss you too, literally, because that’s how the game reminders pop up – with cute and novel missing messages.

Another cute novelty in the game is the text chat option which is indeed friendly but when you are unwilling to join the group or want to play faster.

The user interface is simple, the graphics are adorable and this is what keeps you sticking to it. You can throw in a suite of multiplayer options and can take in friends on the same table with the game’s private table feature. That is how the game trickles replayability.

So, if flash is your game and you are looking for some authentic oriental flash experience, stop stumbling on your android device and deck it up with Ultimate Teen Patti.