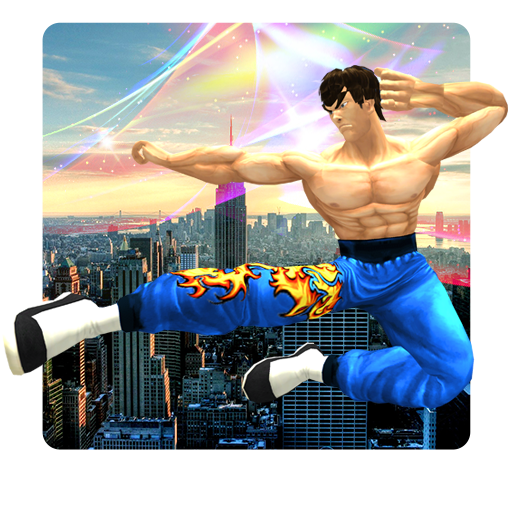 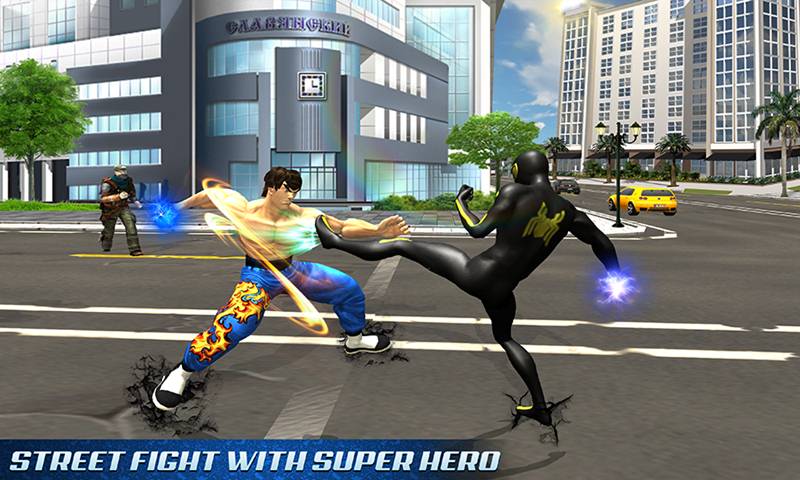 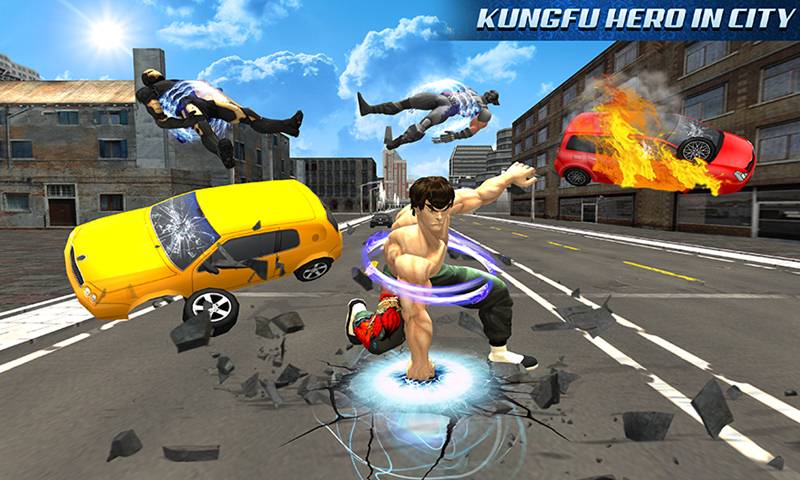 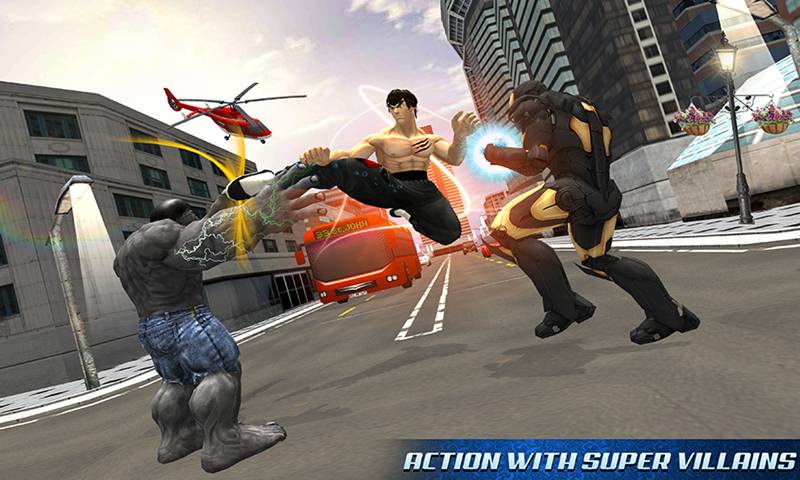 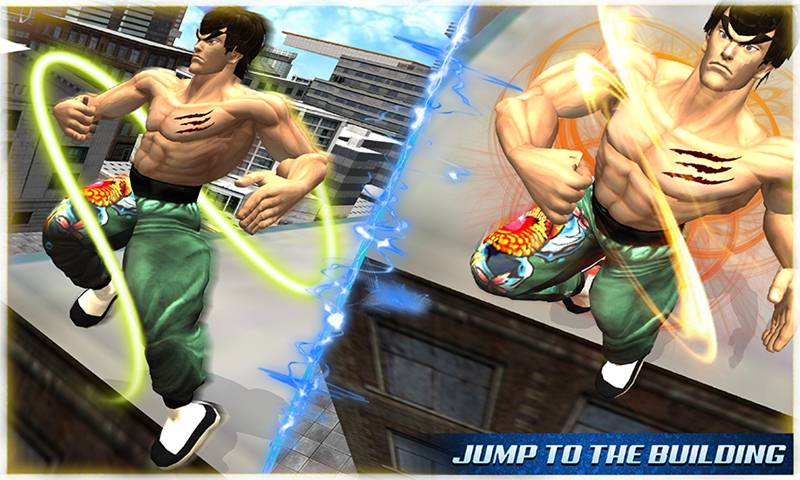 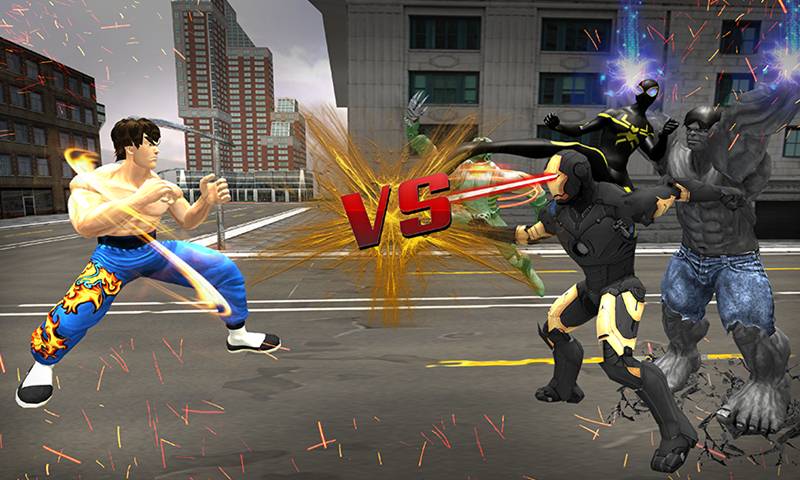 Ultimate Kungfu Hero vs Super villains is the new crime fighting and super heroes battle game in town with the most Realistic 3D graphic of the time. You are the kungfu hero and your city is in danger from the gangsters and their bosses, the Monster Villain, claws villain, Spider Villain and iron villain. Fight like a master kungfu hero and stop the gangsters to destroy your city. Fight the most furious Super Villains and the most deadly gangsters.

Ultimate kungfu hero vs super villains is the ultimate fighting game of the time with some very cool features. Every Super villain has its own super power and our super hero, Kungfu hero has its own. You have the power of a master kungfu Ninja Warrior, apart from that you have developed a lot of combos to fight the crime and beat the Super Villains with the help of special attack like fire ball attack.