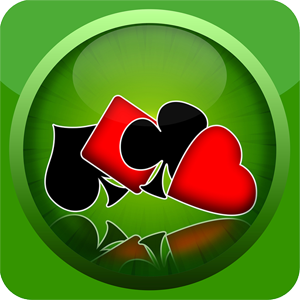 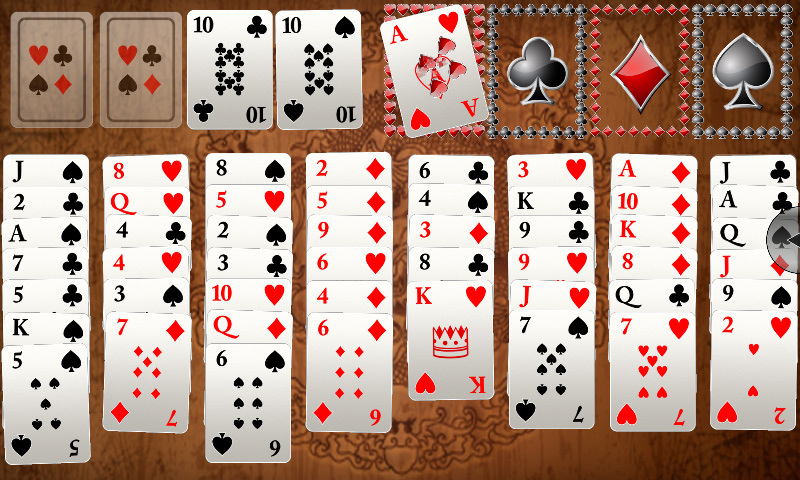 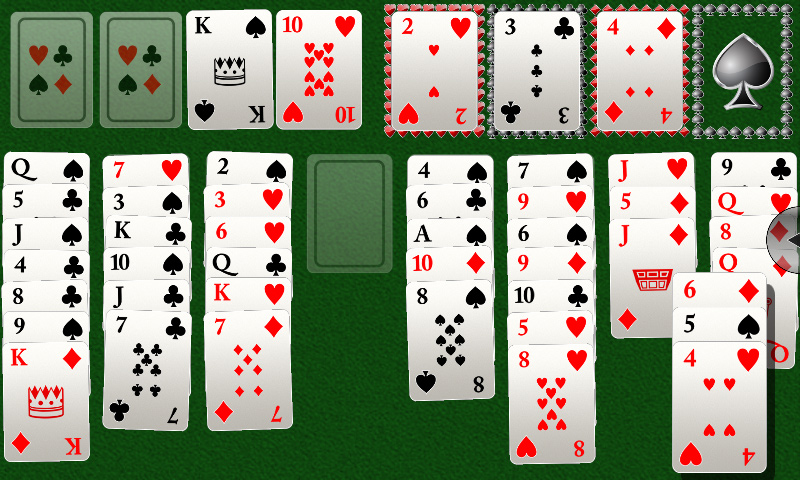 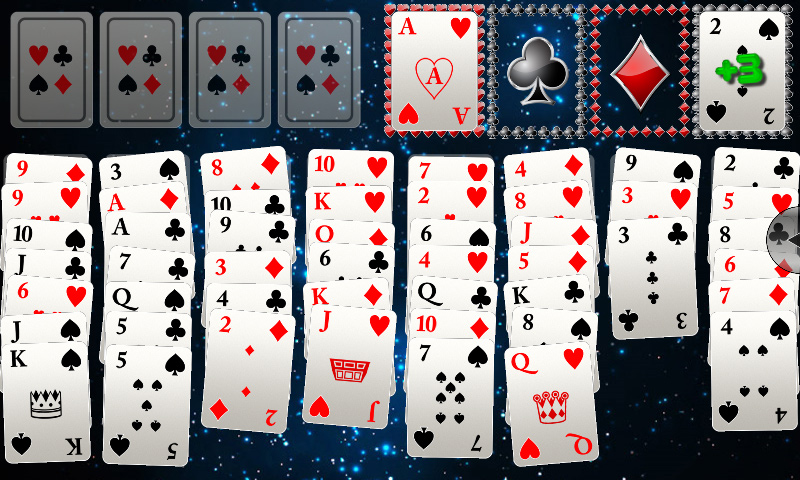 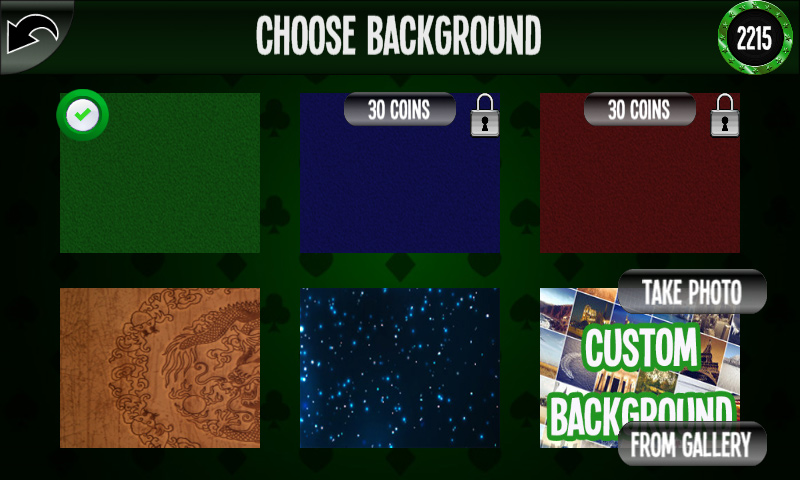 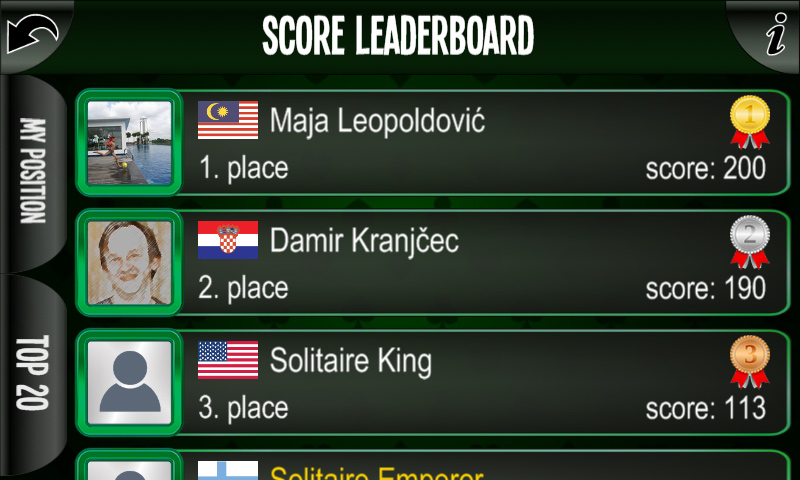 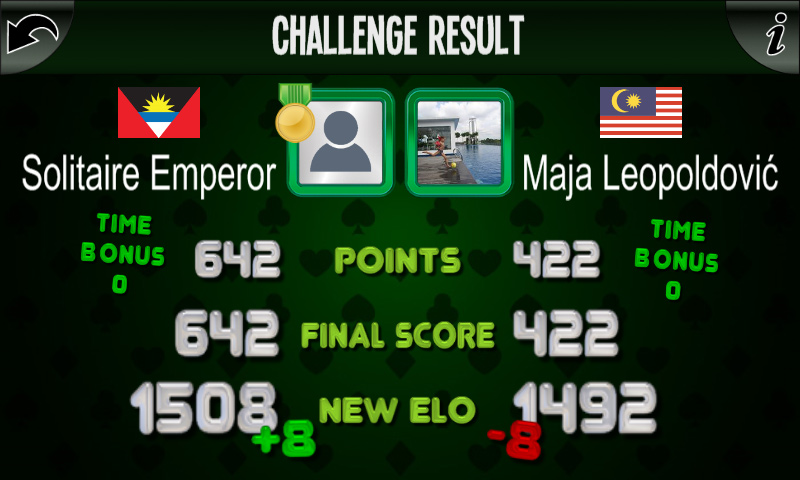 Look no further and feel the ultimate solitaire playing experience!

What differs "Ultimate FreeCell Solitaire" from dozens of other solitaire games?

FreeCell solitaire (sometimes called Patience) is one of the enormously popular solitaire games included with Windows.
Unlike many solitaire games, all the cards in FreeCell can be seen at the opening deal, so most FreeCell deals can be solved but it requires skill and patience.

Quick game
In this mode you have indefinite time but you better play as fast as you can because the final score is calculated as: points won - game duration in seconds.
Points are won every time a card lands in its foundation.
The first card scores +1, second +2, third +3 etc. The last card scores +52.
The leaderboard for this mode is called "Score leaderboard".

Online challenge
This is an unique competition in playing FreeCell solitaire.
You compete with players around the World and after each game your skill level is adjusted according to the result of the match.
For skill measurment ELO rating is used, same method which is used to rate the skill level of chess players.
The leaderboard for this mode is called "Challenge leaderboard".

• both players play with same deck (same order of cards)
• time limit: 5 minutes
• the player with higher final score is the winner

Scoring
Every time a card lands on its foundation your score increases.
The first card scores +1, second +2, third +3 etc. The last card scores +52.
If you finish the game before the time is over, the time in seconds is added to your final score ("time bonus").

Card moving
In "Ultimate FreeCell solitaire" you can move the cards with drag and drop or tap.
Tap is the shortcut to move the card to the freecell or foundation if possible.

►►►Warning◄◄◄
There is no undo or hint, in "Ultimate FreeCell Solitaire" its all about skill!