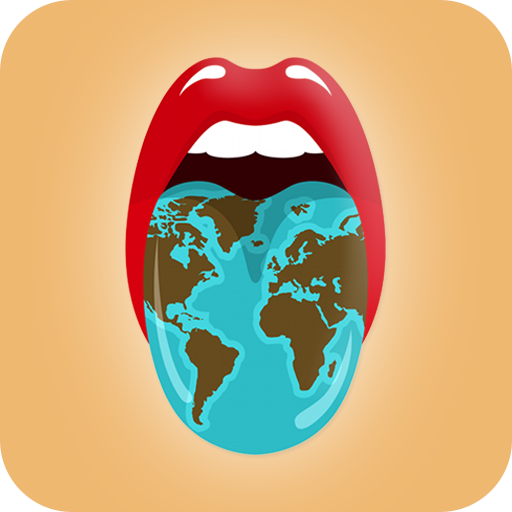 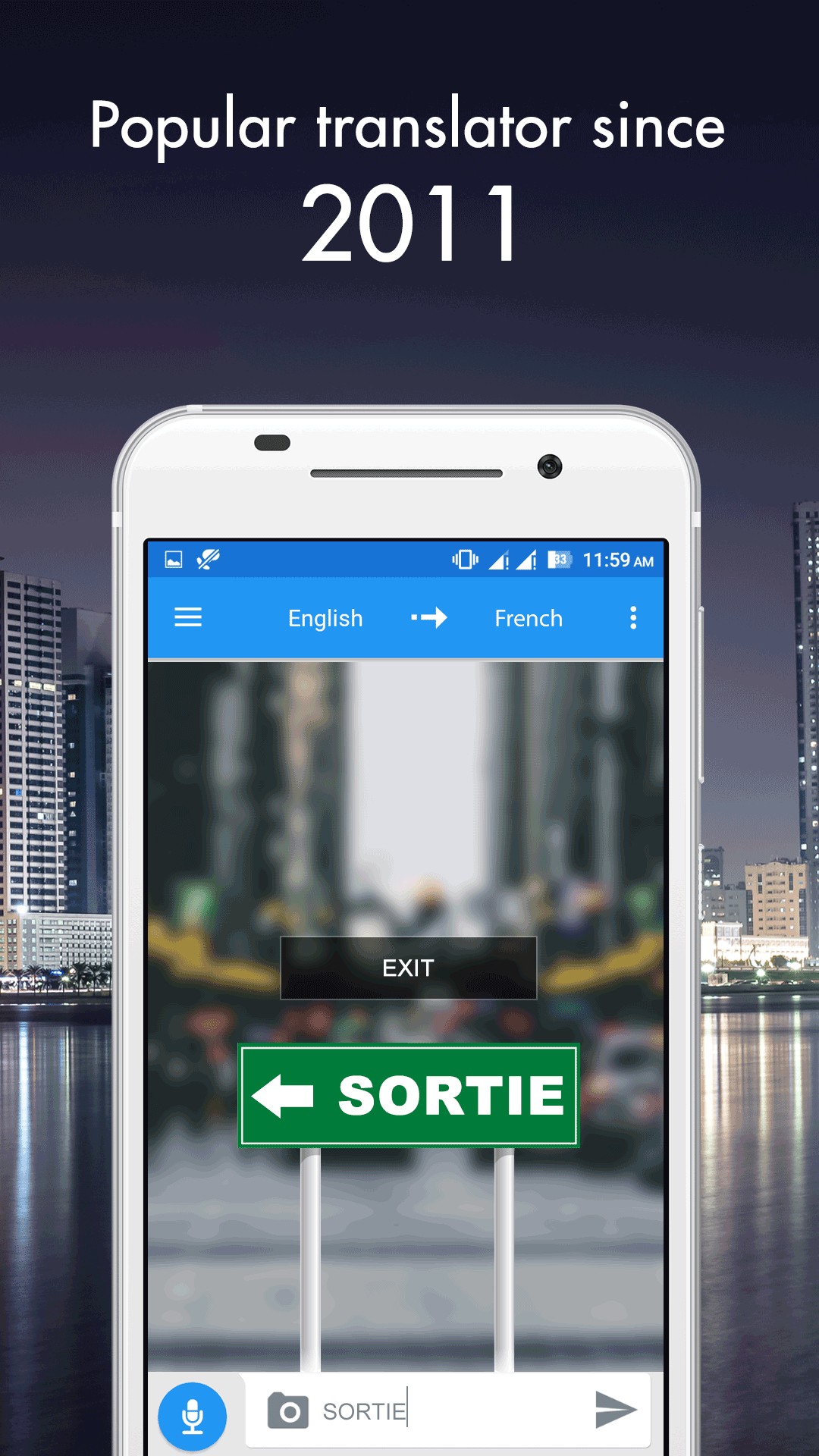 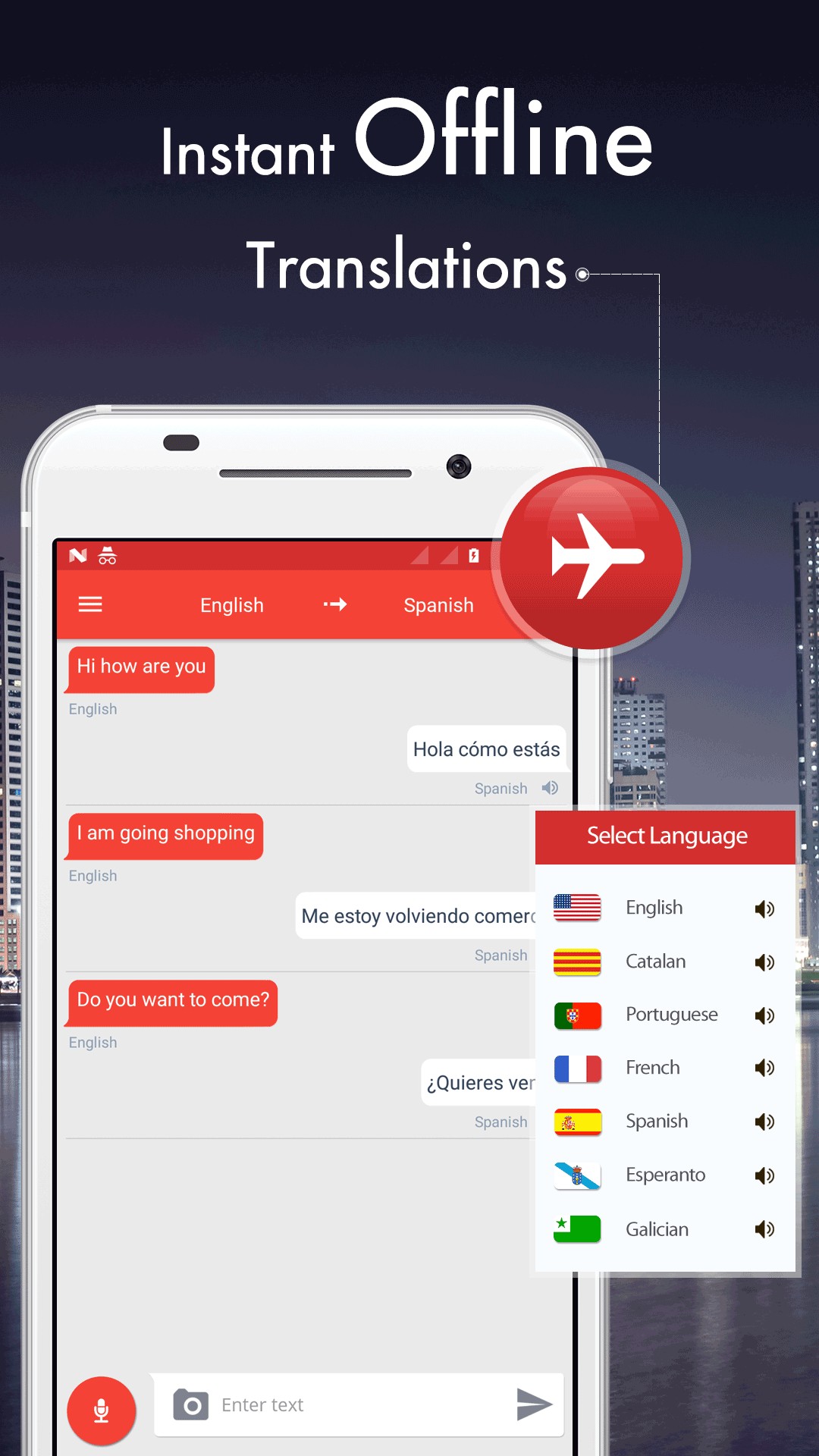 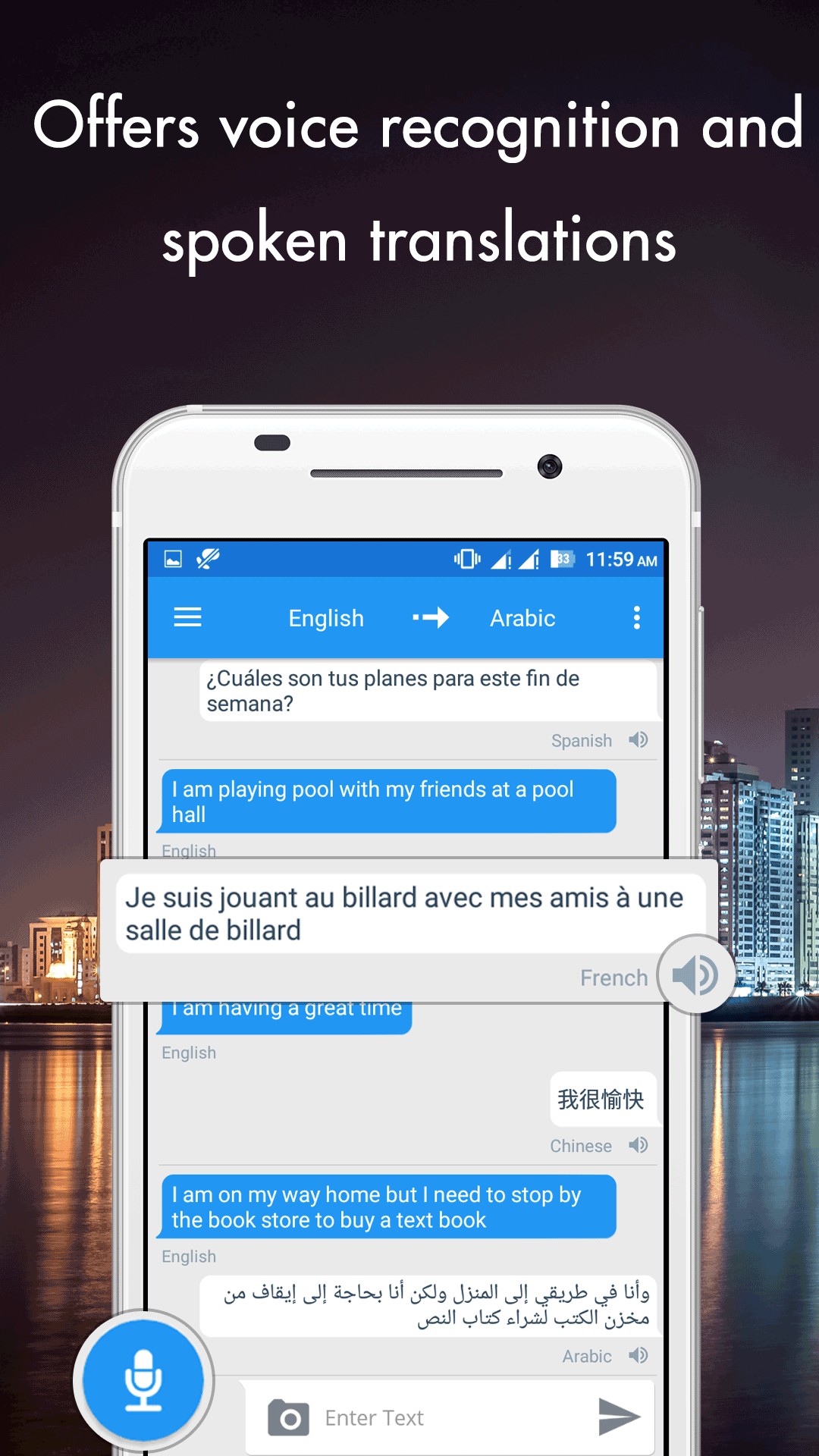 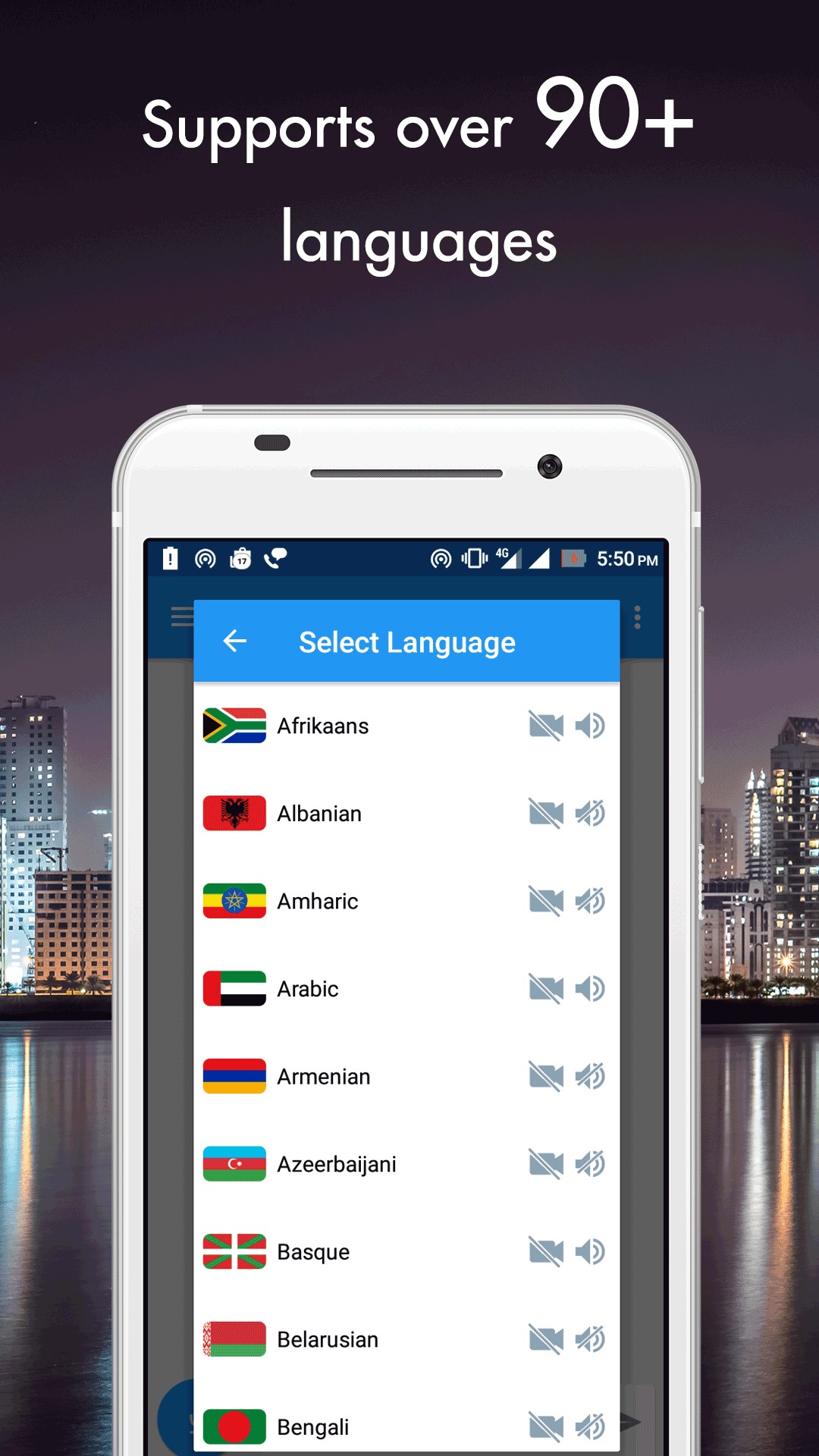 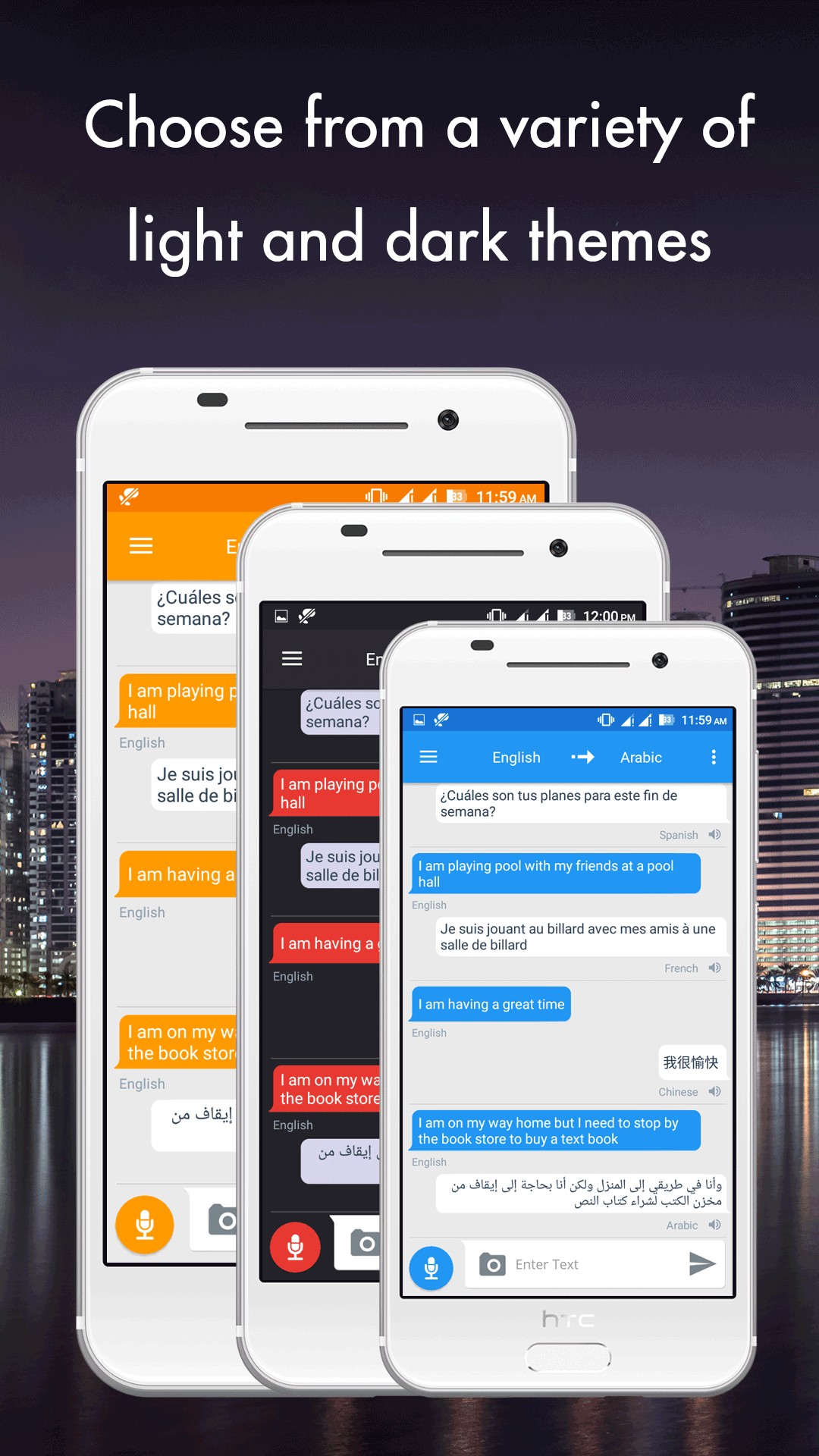 Use this cool talking translator to instantly translate any typed or spoken text into any of 92 languages! It also pronounces the translation for you.

Unlike other translation apps, this one does not solely depend on one web translator. It produces superior spoken translations!

This Translator also stores previous translations in its database and allows you to prepare a set of translations in advance and play them back later without the need for internet and expensive data roaming.