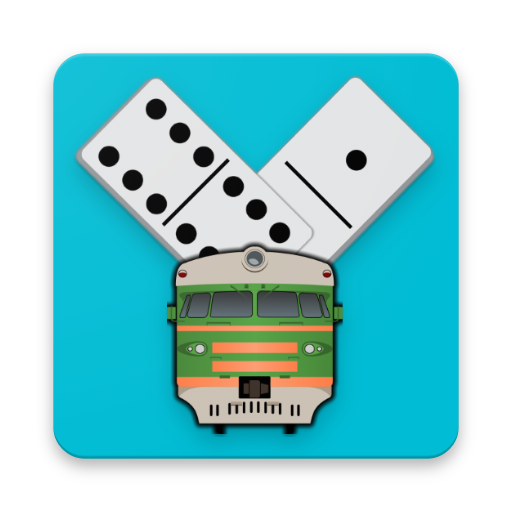 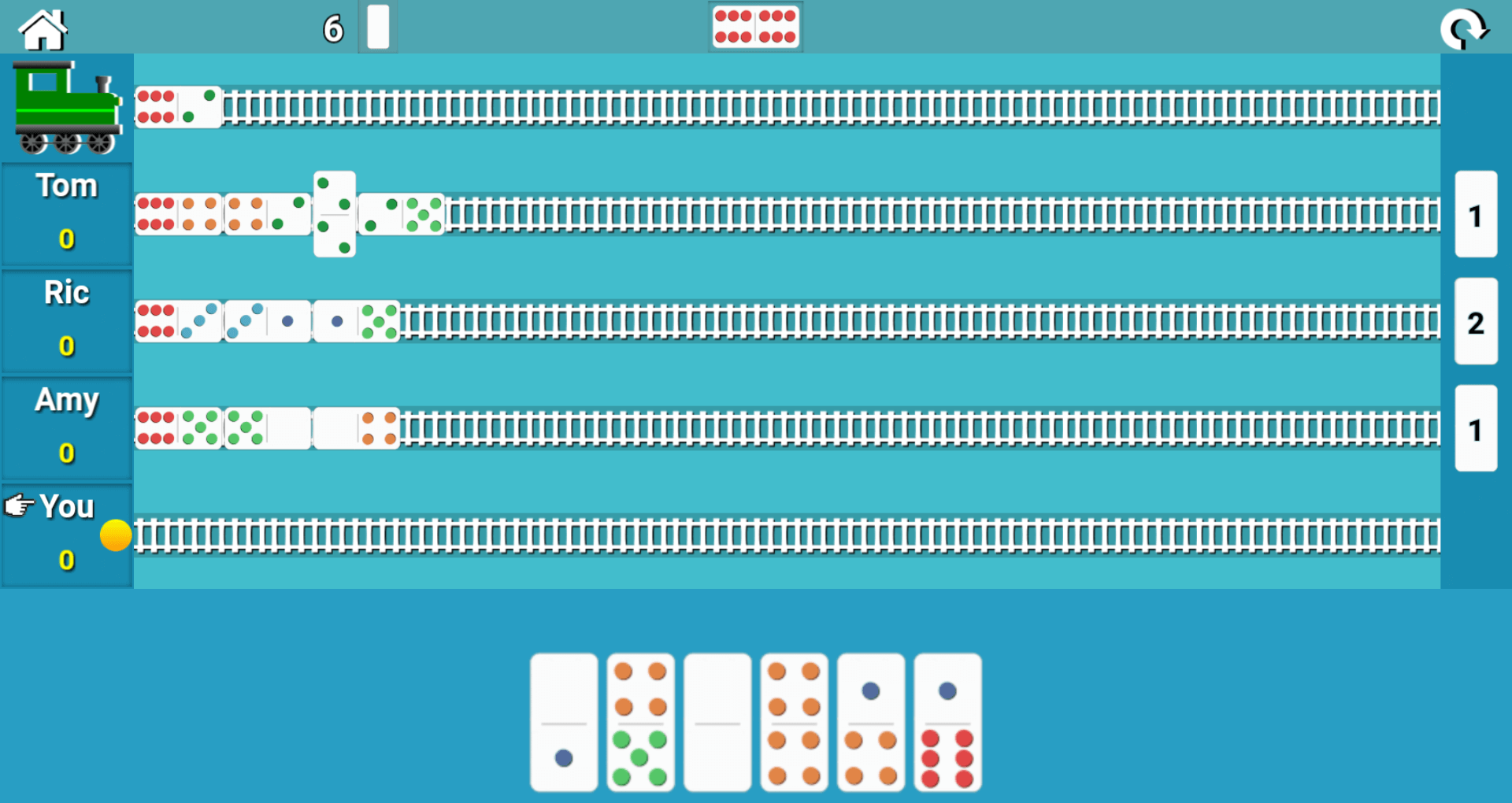 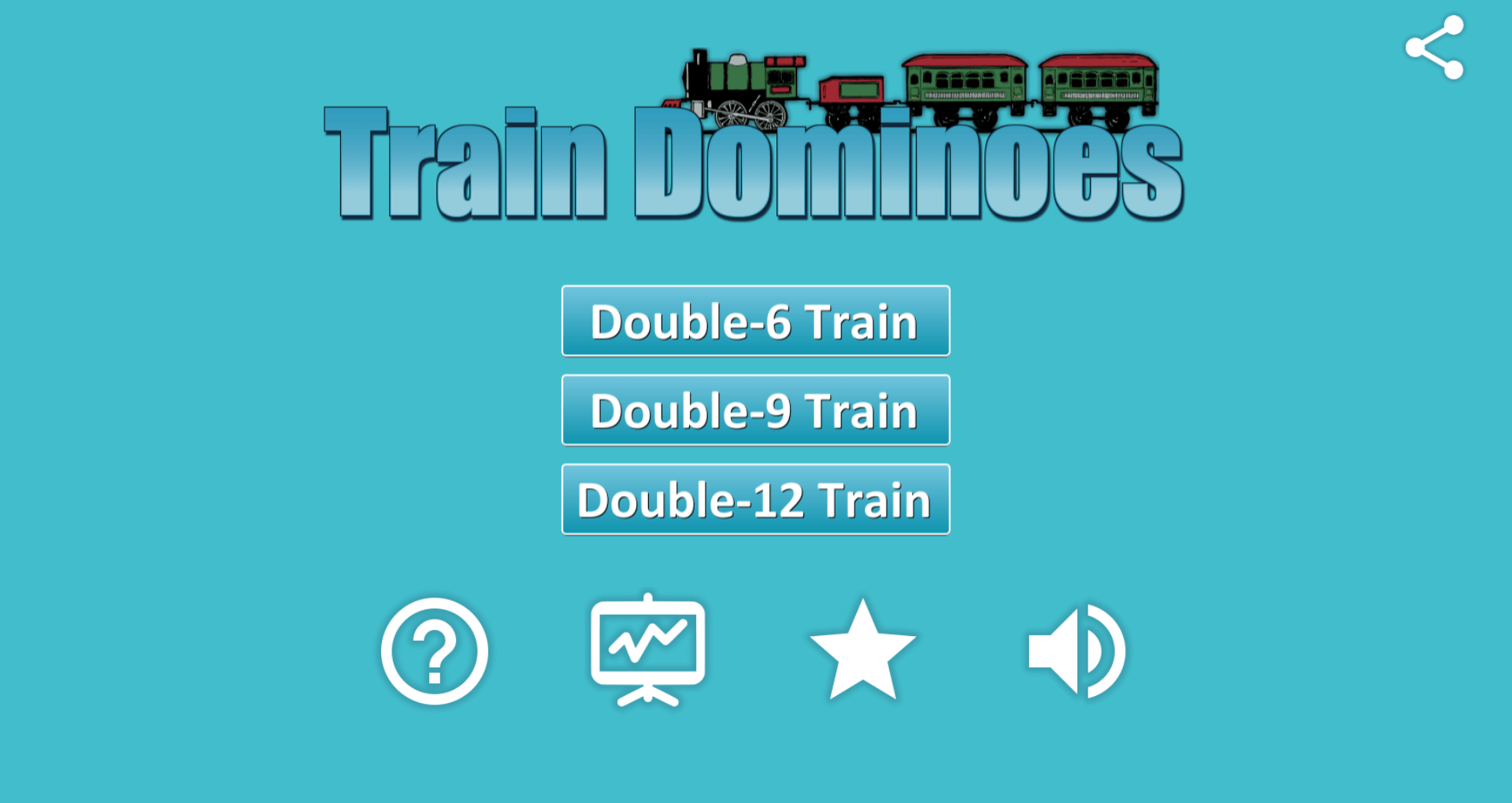 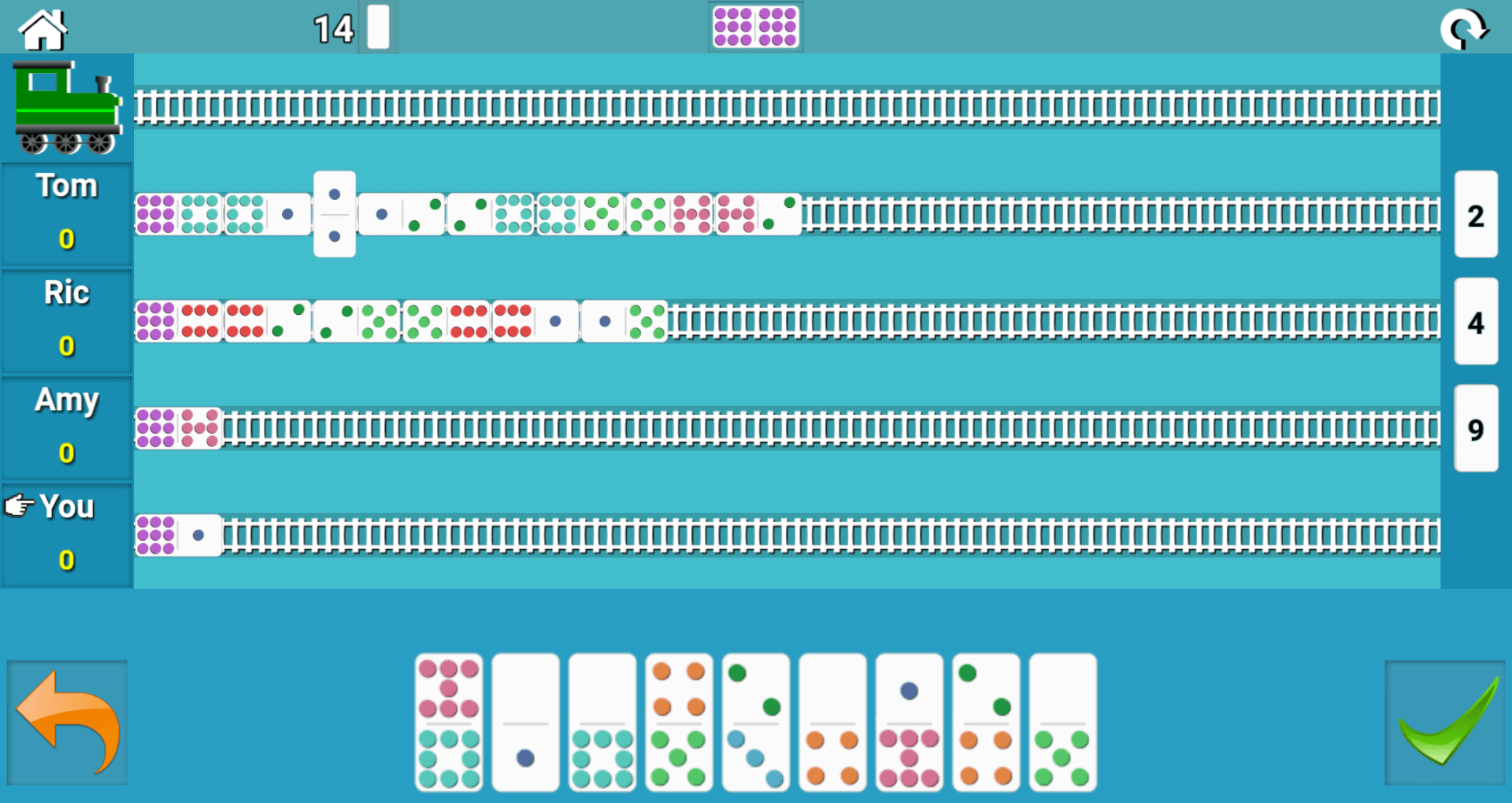 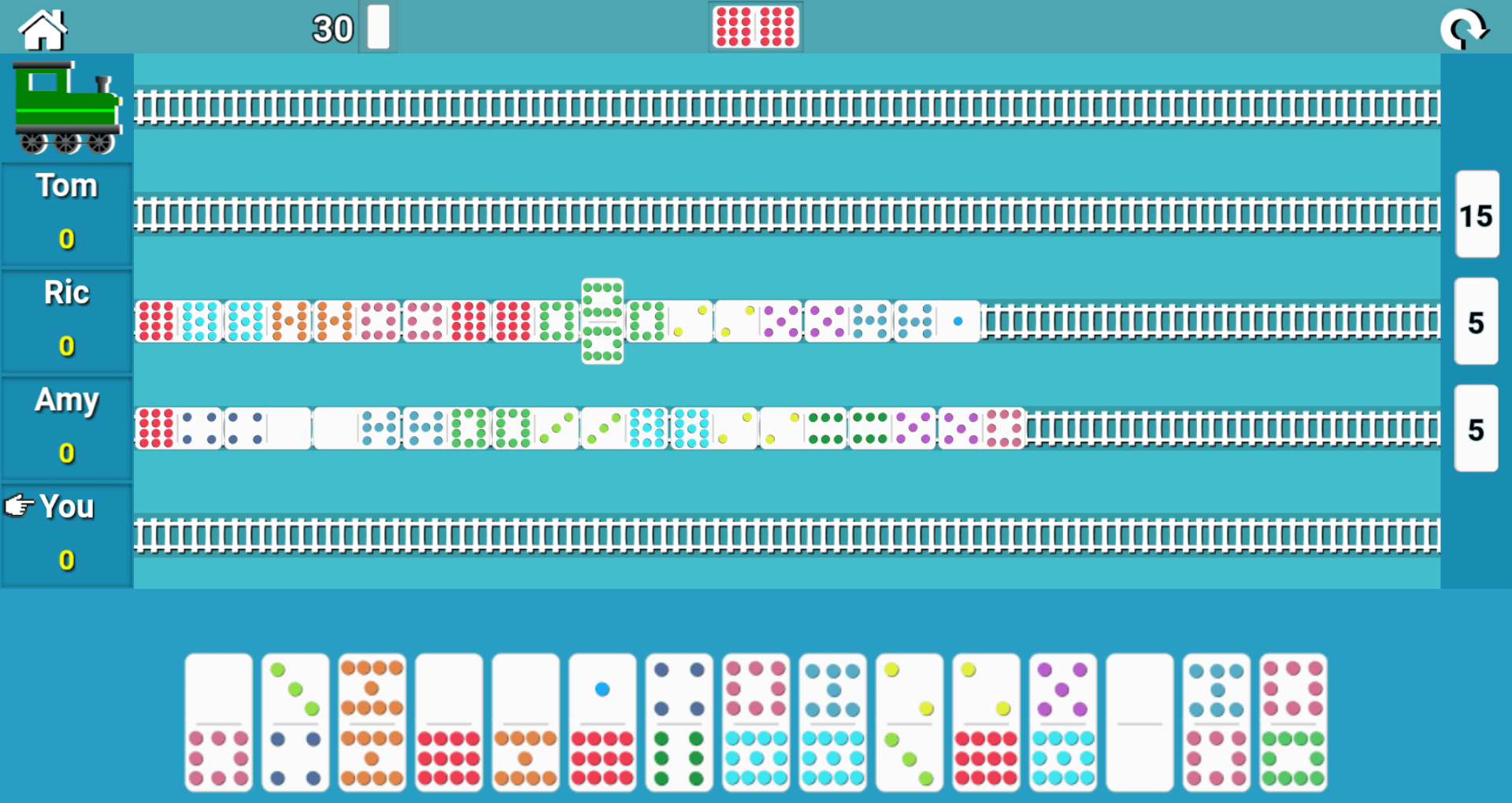 Classic Dominoes game played with a choice of domino sets such as double-six, double-nine and double-twelve. Beautifully designed clean interface. Easy to learn and master.

The rules of Train Dominoes are simple and you need a bit of luck and some reasoning to win.

The game is played in multiple rounds and each player gets certain number of tiles (depending upon the domino set used in the game) at the beginning of each round. The game starts with highest double and then subsequent rounds start with next lower double.

Each player has a private train where he/she can play a tile. There is one special train which can be played by any player. In each round a train must start with the rank of starting double of that round. In first turn players can play as many tiles as possible. From second turn onward players can only play one tile except when a double is played. When a double is played, players get one more turn to play.

Players must play one tile on their turn otherwise draw a tile from boneyard. If drawn tile can be played immediately, then it must be played. If not, then a marker is placed on player's train which means that the train is available for play to other players. The round ends as soon as a player has played all his/her tiles or, if there is no possible move for any player.

After end of all rounds the player with lowest score wins the game.